James McDonald excited about IJC reunion with John Moore, even if he is representing Australia He’s a New Zealander representing Australia in the International Jockeys’ Championship but for James McDonald, the only thing that really matters at Happy Valley on Wednesday night is winners.

One of the quirks of the IJC is that jockeys often represent the country they are based in rather than their homeland, which is the case for half of the 12 riders that will light up the city track.

“I’ve been in Australia for 10 years now so I suppose they could almost count me as one of them, but I’ll always be a New Zealander,” said the Sydney-based McDonald, who smiled while adding that maybe “Australasia” might be a happy medium. 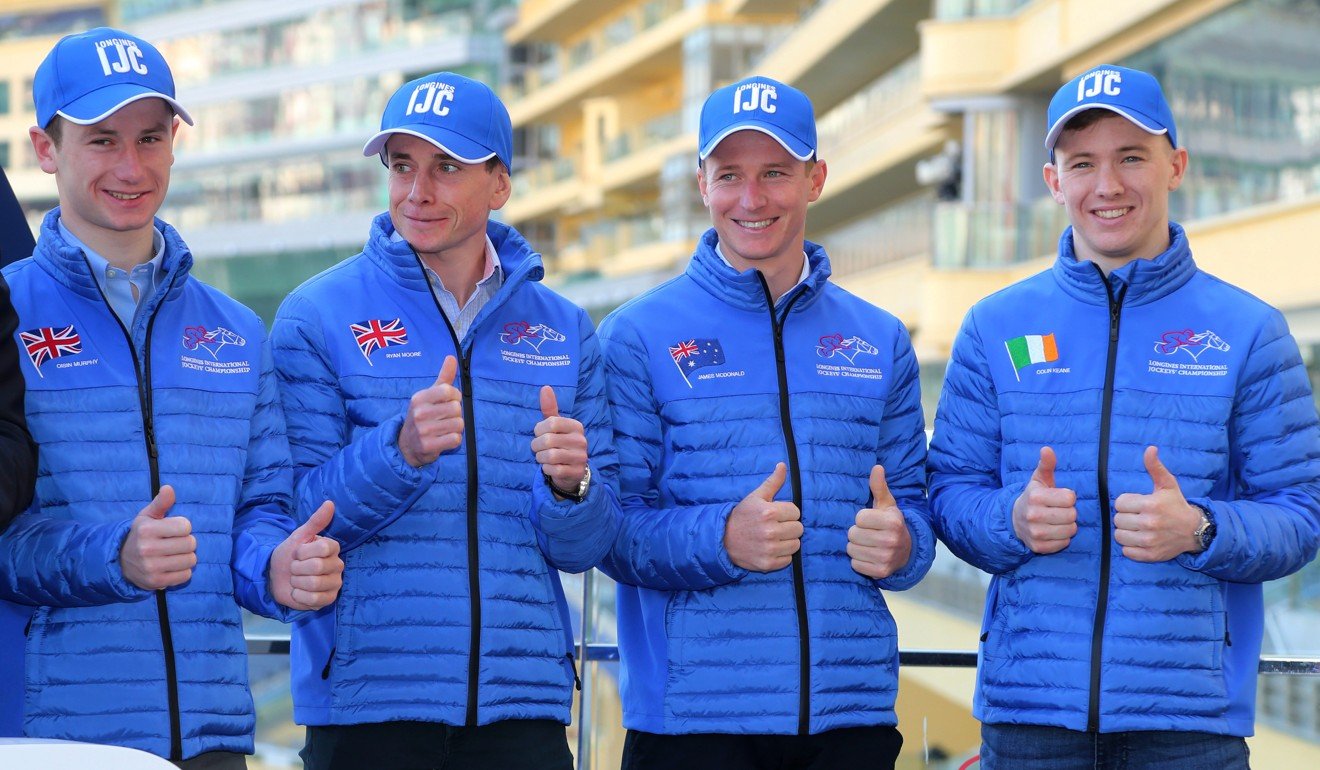 McDonald is no stranger to the bright lights of the IJC, finishing second in his series debut as a 20-year-old in 2011 – behind Frankie Dettori, no less.

“I was lucky enough to finish second to Frankie but I’ve been back a few times since then without much luck,” he said. “I always love jumping on the big bird and coming over.”

On that night McDonald landed three rides for John Moore, producing a win and a second for the master trainer and sparking a strong relationship between the pair. 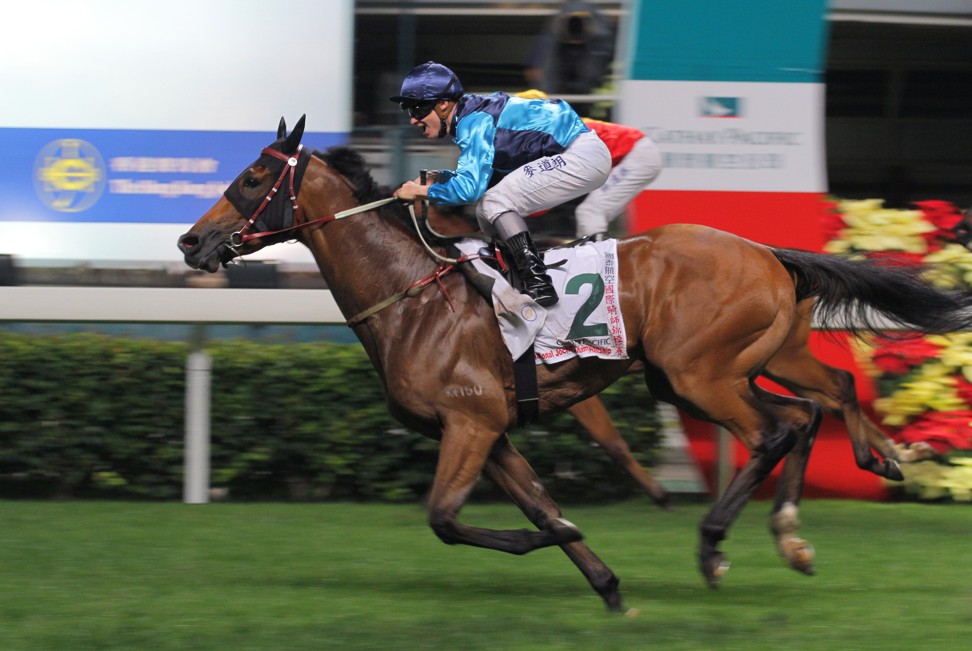 McDonald has since ridden another three winners for Moore during his sporadic trips back to Hong Kong, including the Group One Champions Mile aboard Xtension in 2012.

By chance, McDonald has snared two Moore runners in this year’s IJC in Smart Rocket and Helene Charisma, while the trainer has also engaged him to ride Shouson and Take What You Need on Wednesday night.

“John’s been a big supporter of mine for a while now, probably since 2011 when I first came over,” McDonald said.

“I’ve been lucky enough to ride him a Group One winner and it’s always good to be partnered with him.” “It gets you out of your comfort zone a little bit and tests your ability,” said McDonald, who was Sydney’s champion jockey for the 2018-19 season.

McDonald pairs up with Moore again at the Hong Kong International Races at Sha Tin on Sunday, with the Kiwi riding Eagle Way in the Group One Longines Hong Kong Vase (2,400m) and also climbing back aboard Monica.

The 27-year-old rode Monica twice last season for two wins and reunites with a horse who looks ready to win after a narrow second last time out. 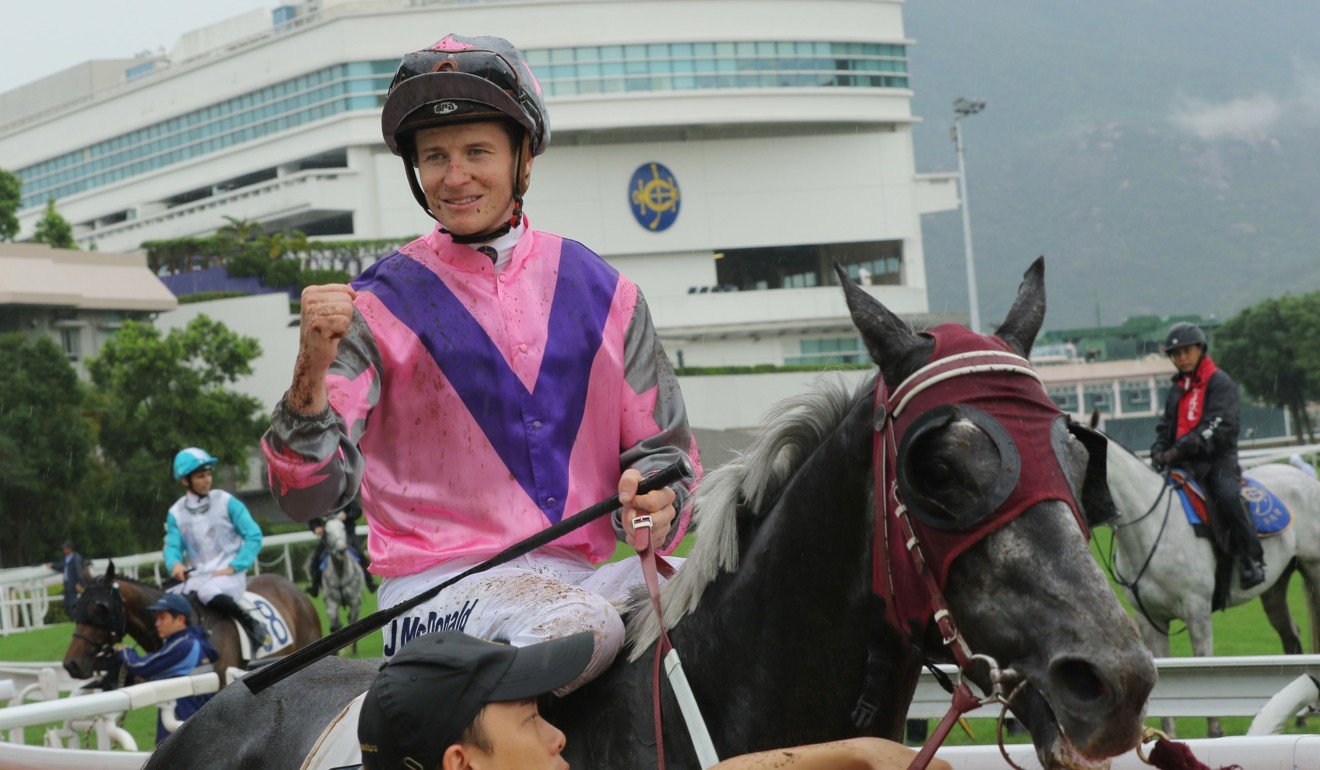 While McDonald was initially going to dash back to Australia in between the IJC and HKIR to partner Mister Sea Wolf in the Kingston Town Classic in Perth on Saturday, the horse has been withdrawn from the race and he will instead remain in Hong Kong.

“I’ve now got a few days to prepare for Sunday and have a look around, which is good,” McDonald said.

After seven winners from a host of hit-and-run missions and one two-week stint in 2012, McDonald remains keen to one day move to Hong Kong on a more permanent basis.

“It’s always in the pipeline, there’s a good bunch of jockeys here at the moment and it’s very competitive. I’ve just got to wait my turn and hopefully get a slot one day,” he said.