The Mauritian snatches the HK$500,000 first prize in the final leg of the prestigious series at Happy Valley on Wednesday night 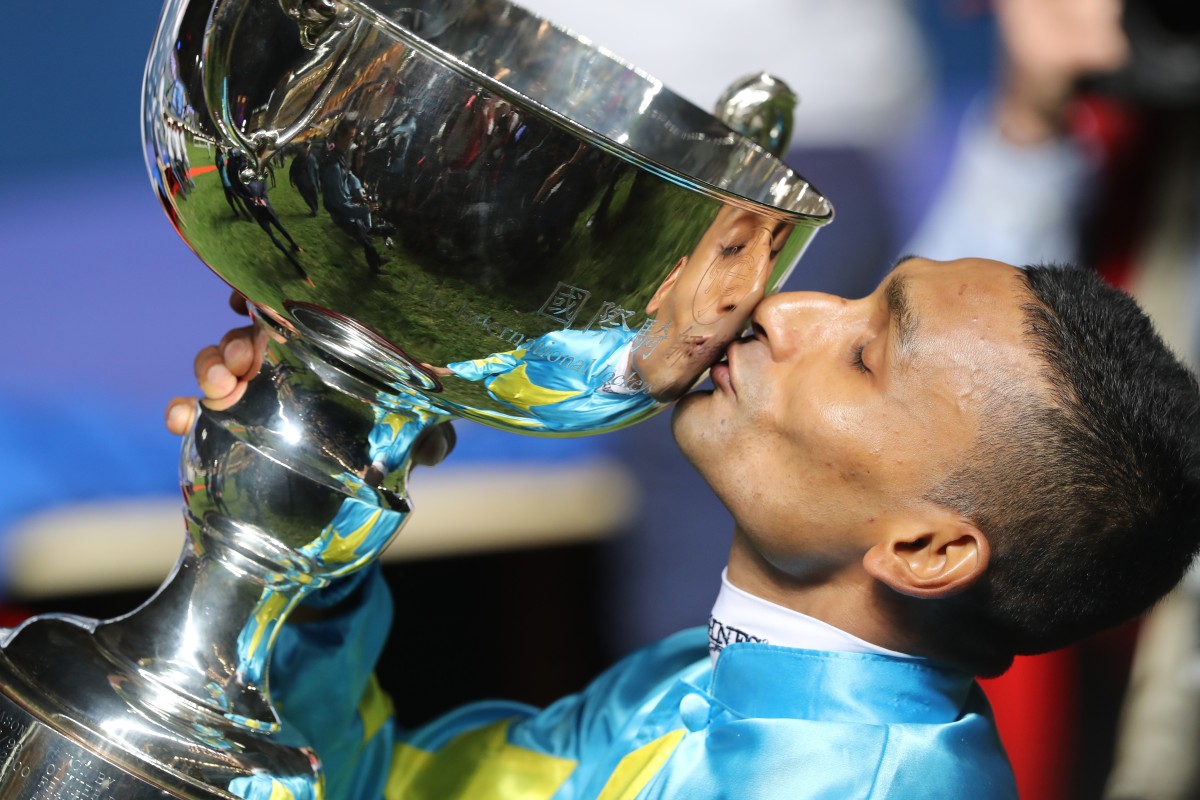 A jubilant Karis Teetan has beaten some of the best riders on the planet to claim his first Longines International Jockeys’ Championship at Happy Valley on Wednesday night.

It took until the fourth and final leg of the series to decide the winner, the tenacious Teetan throwing the kitchen sink at High Rev in the straight to snatch third and secure the prestigious title on 20 points, beating Britain’s Ryan Moore by two.

When the jockeys were returning to scale after the race, the Mauritian was still unsure if he’d ousted his rival before unleashing a double-fisted “yeah” when it was confirmed he had.

“It’s a very good feeling, I can’t believe that I won this challenge. I knew I had some decent rides, but still, you need the horses to perform on the night,” Teetan said.

It's a win for Hong Kong in the 2nd leg of the @LONGINES International Jockeys' Championship as @KarisTeetan guides Dreams Warriors to victory! #HappyWednesday #HKIR #HKracing pic.twitter.com/KY3bnpUTT5

“I was saying to my fiancée that this afternoon was the first time I had felt the pressure. I was feeling it knowing I had decent rides and it wasn’t just a normal day, it was world’s best jockey day. I really wanted to do well and I am so glad that I did and I won.

“It’s something special but it doesn’t stop here. There’s a lot of hard work and Sunday is a big day so it’s not like I’m going to get a big head, it is more important.”

It was Teetan’s third appearance at the IJC and he started a short-priced favourite to claim the HK$500,000 first prize – “I am getting married next year so I need the money” – after landing a couple of prized rides after Monday’s draw.

He started off well with a third aboard G Unit before winning on Dream Warriors, going unplaced on All You Know and squeaking home with High Rev.

Moore, who started second favourite, got off to a perfect start as he chased his third win in the IJC, guiding the Tony Cruz-trained Flying Genius to victory in the first leg.

“He did it nicely. He’s an unexposed horse, he had a nice run around, a good mind and he’s a pleasure to ride,” Moore said.

The Irishman made his IJC debut last year and also landed a winner, so he now has two winners from eight rides.

Flying Quest surges from the tail of the field to give @ctkjockey victory in the 3rd leg of the @LONGINES International Jockeys' Championship! #HKIR #HKracing pic.twitter.com/Zatrl0ijNk

“They went good and hard early doors and he really got into his stride as we turned in and he hit the line very well,” Keane said. “It’s nice to come out here and get a winner on a night like this. I’m delighted.”

“He performed really well, the pace picked up at the right time and he got a good smooth run. He had a great turn of foot.

“I’m grateful to be here, I didn’t think I was going to be able to ride tonight because of my foot but thank you to my doctors and physiotherapists who have helped me.”

Teetan joins an illustrious list of names – including Frankie Dettori, Douglas Whyte, Olivier Peslier and Moore – as winners of the IJC.