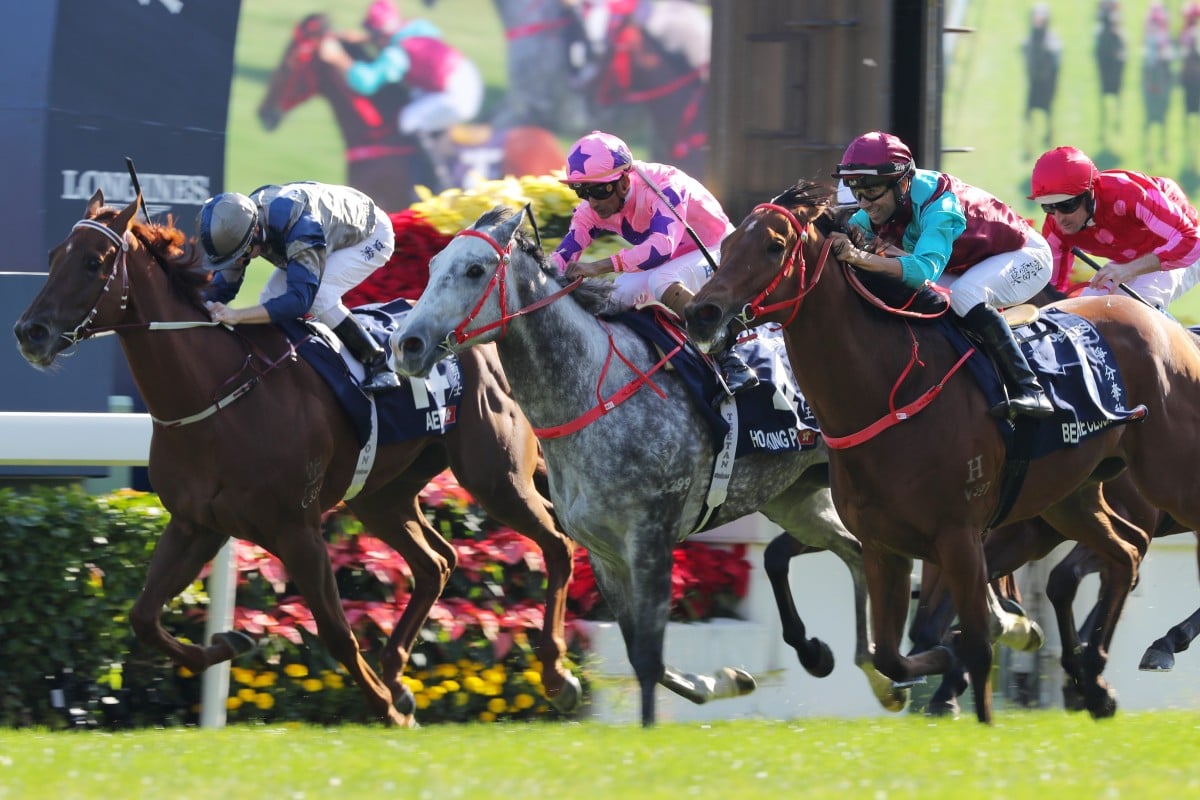 Aethero (inside) is overhauled by Hot King Prawn (middle) and Beat The Clock (outside) at Sha Tin on Sunday. Photos: Kenneth Chan

Beaten Group One Hong Kong Sprint (1,200m) favourite Aethero has been found to have a fever after racing at Sha Tin on Sunday.

The star three-year-old was sent out a $1.5 favourite by punters in the HK$20 million showcase and looked set to win at the top of the straight before shortening stride at the 100m mark in what was his first Group One race. 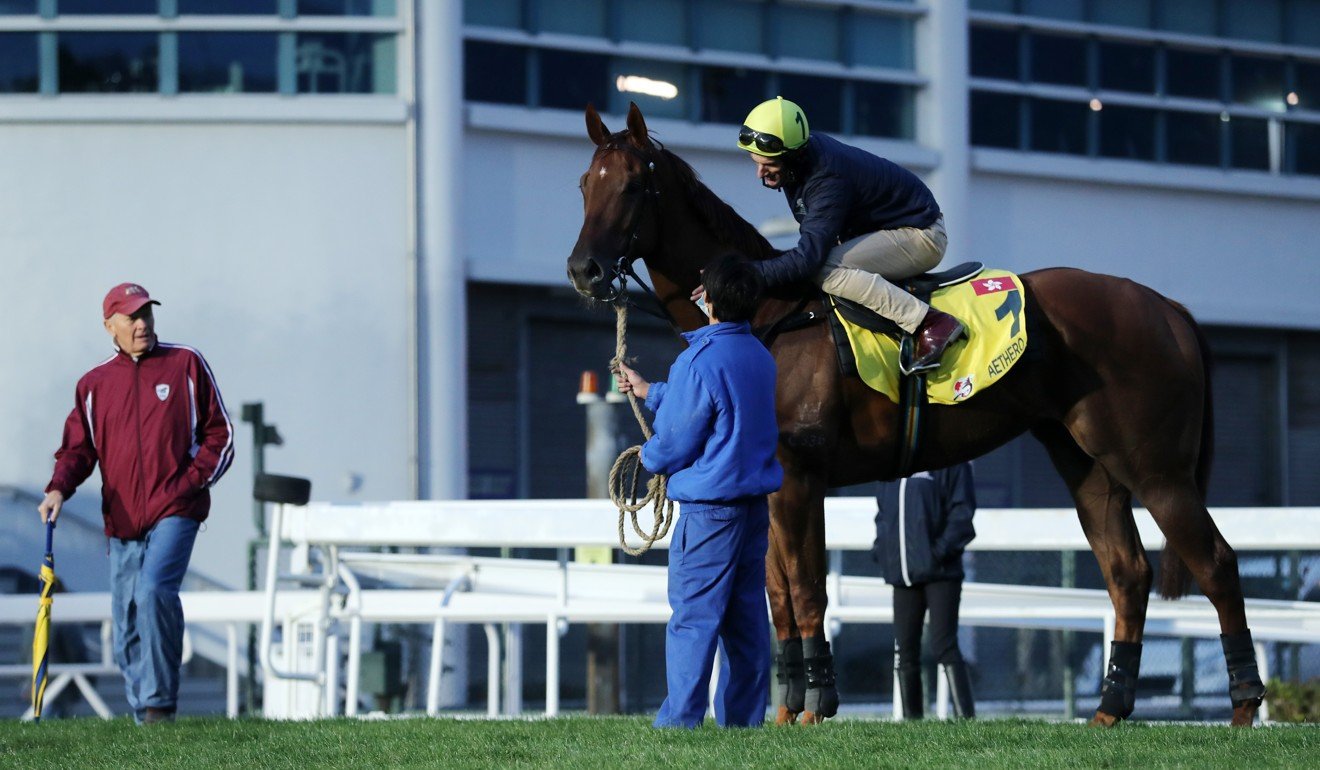 It was also just his seventh career start.

Carrying 117 pounds, Aethero, ridden by Zac Purton, was overhauled by both John Size-trained gallopers Beat The Clock and Hot King Prawn in the shadows of the post.

Chief steward Kim Kelly reported on Monday afternoon that John Moore’s speedster would be unable to race again until he passes a veterinary examination.