The Italian pays a big price for his 10-day suspension, the Frenchman is coming to Hong Kong for two-months, while the Mauritian continues his stellar form 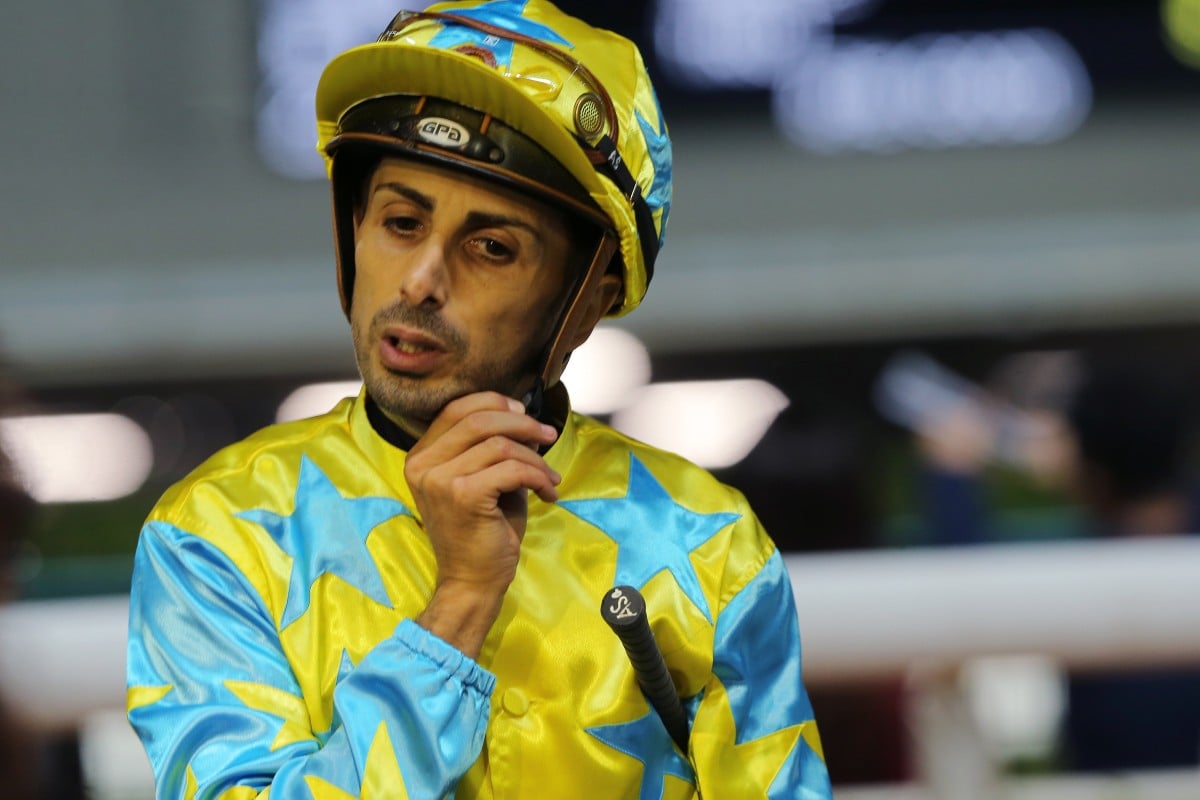 Popular rider Alberto Sanna has probably competed in his last Hong Kong race after the Jockey Club licensing committee opted not to extend his licence beyond December 31.

The jockey ranks have been in flux for much of this season and that theme continued on Wednesday with the confirmation that Sanna is on the way out, while Frenchman Tony Piccone is coming aboard for two months from January 1.

The licensing committee’s decision to snub Sanna comes as a direct result of his 10-day suspension for failing to take all reasonable and permissible measures to ensure Dances With Dragon obtained the best possible placing on November 17.

That ban came at the worst possible time for the Italian, who began the suspension after the Hong Kong International Races and doesn’t finish it until January 20.

Given that penalty, Sanna won’t ride for the remainder of his contract and exits in 10th position on the championship table with nine winners (including the Group Three Sa Sa Ladies’ Purse) from 120 rides this season and 34 victories overall.

He joins Umberto Rispoli, Regan Bayliss and Aldo Domeyer as jockeys to have confirmed their departure from Hong Kong in the past two months.

Coming into the fold is Piccone, a 32-year-old based in France who has 760 winners, including four at Group One level. He rides at 119 pounds.

While all that happened in the offices at Sports Road during the day, Karis Teetan dominated the action on the track under the lights at Happy Valley.

The Mauritian is in a rich vein of form with winners at each of the last six meetings – including seven victories from the past three.

He kicked it off with Tony Cruz’s Flying Genius in the second race, before making it a double for the trainer with California Turbo in the fourth event.

But Teetan’s stand-out winner came in the form of Francis Lui Kin-wai’s Highly Proactive, who defied a tough run to break his Hong Kong maiden in the first section of the Class Three Venus Handicap (1,200m).

After jumping from the outside gate, the four-year-old had to do plenty of work early to eventually find a spot outside the leader Happy Time (who dropped out to finish last) and he kicked again in the straight to hold off the challenges of Monkey Jewellery and My Ally.

“He’s still green, but he can run,” Lui said. “It was a tough run, he was caught wide, but he did well. I think we’ll come back for another race here and try to do it again.”

Zac Purton was the other jockey to walk away with multiple winners, collecting the opener with Dennis Yip Chor-hong’s Happy Hour before another seemingly effortless victory from Jimmy Ting Koon-ho’s surprise packet Amazing Star.

After beginning his career with one win from eight starts, the five-year-old has gone to another level this season with back-to-back wins by a combined 10 lengths – and that margin would be much greater if Purton pulled the persuader in either of them.

“Last season he was a bit disappointing – I thought he had potential – but then he got injured, he fractured his leg. I didn’t expect him to come back and start performing like this.

“I hope he’s still in Class Three but that’s probably unlikely. Even though it’s harder, he would still have a chance in Class Two with the light weight.”

Big Party bounces back to the winners' stall in the nightcap at the Valley for Joao Moreira & @FCLOR_RACING!   #HappyWednesday #HKracing pic.twitter.com/7OHtHwXz3o

The enigmatic Big Party showed what he’s capable of with a dominant victory in the main race of the night, the Class Two Mercury Handicap (1,200m).

Frankie Lor Fu-chuen’s four-year-old relished his first look at the city track, Joao Moreira guiding him to a soft win over Tornado Twist and Lobo’s Legend.