Voyage Warrior back with a bang, but Ricky Yiu keeps the lid on this time 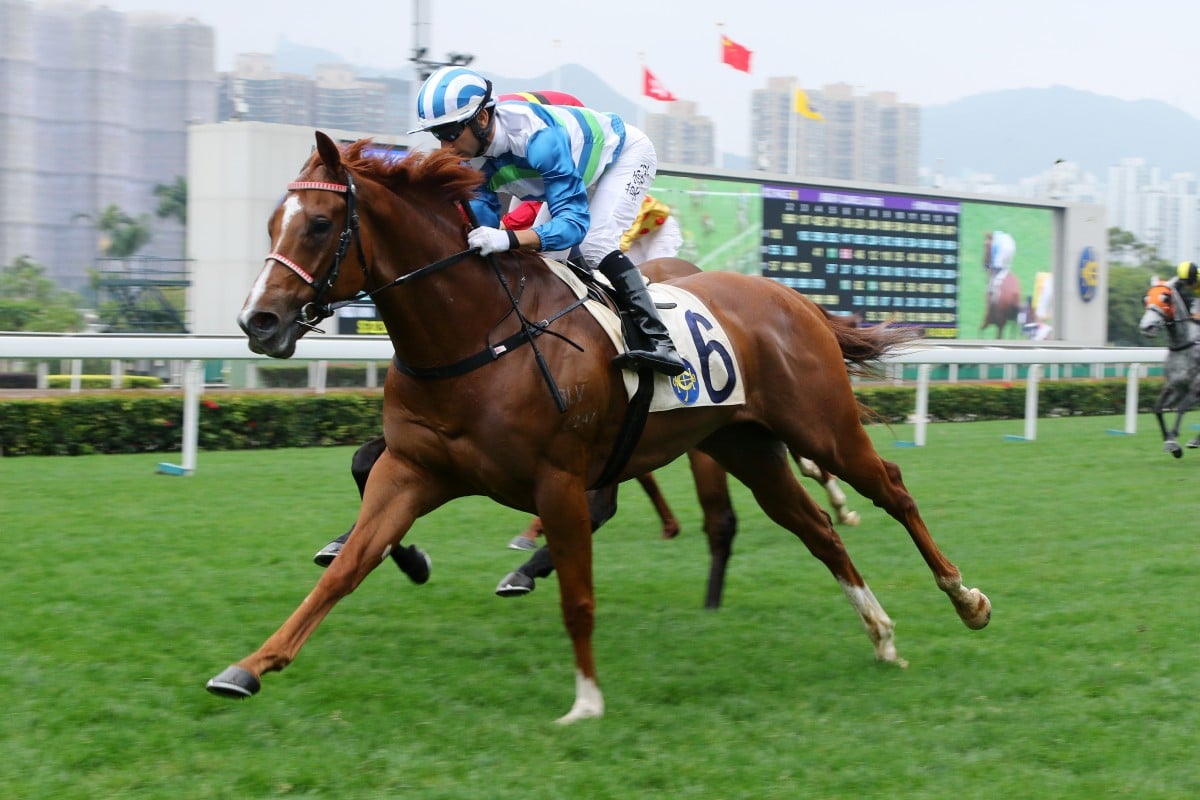 The Sacred Kingdom comparisons and Group One declarations may be on ice but Voyage Warrior showed at Sha Tin on Wednesday that he could still be a major player at the top level of Hong Kong racing.

After an underwhelming start to the season, Voyage Warrior made light work of his rivals in the Class Two Cherry Handicap (1,000m) but trainer Ricky Yiu Poon-fai was keeping the lid firmly on despite his four-year-old’s best run in over six months.

After two blistering 1,000m wins to start his career – the second of those in 54.89 seconds – Voyage Warrior was touted as the second coming of Yiu’s Group One-winning superstar Sacred Kingdom and talk of the horse’s progression to the elite level carried an air of inevitability.

Two failures to start the term swiftly snuffed out Voyage Warrior’s international day aspirations and he is yet to perform at 1,200m, but a stint in Conghua looks to have done the horse wonders and the future remains bright.

“I really hope that he will cope with 1,200m because I want to run him in a bigger event, not necessarily Group One, maybe Group Three, Group Two,” Yiu said.

“We’ve been to Conghua, a lot of my horses love it in Conghua, and we took the crossed nose band off.

“He’s put on a bit of weight and in general he’s more relaxed – behind the stalls, walking about – the change of environment changed him a bit.” 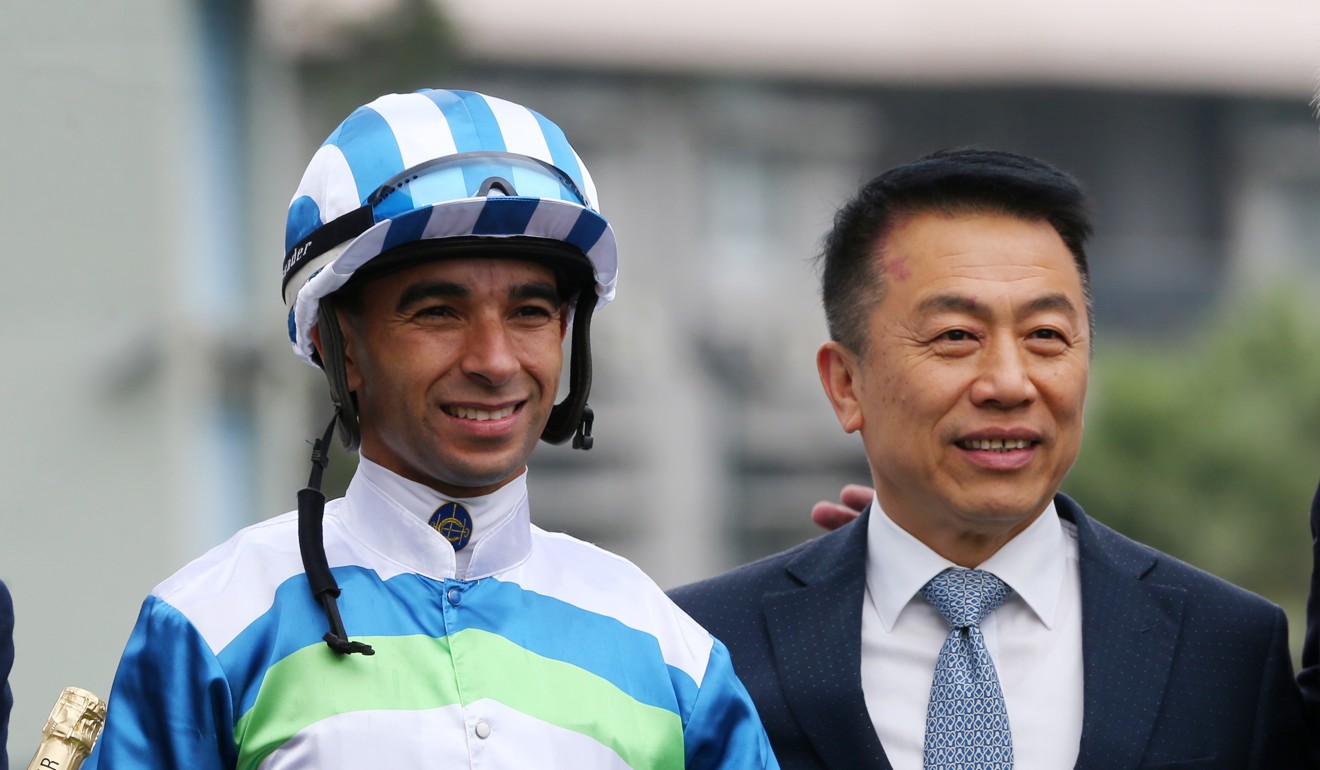 Voyage Warrior jumped swiftly from barrier 14 but travelled behind leader Multimillion early on before Joao Moreira peeled out and took control in the final 400m.

Yiu said he suggested Moreira should channel another of his former superstars in Amber Sky, who the Brazilian partnered to Group One success in Hong Kong and Dubai.

“[I said] ‘just remember Amber Sky and use his gate speed’, because Joao was saying that in the first three strides Amber Sky was three lengths in front of the others, he was that quick,” Yiu said.

“So I told him to use him, especially with the draw – he’s a very similar horse to Amber Sky. Joao rode him really well, he left the fence and came out into the middle, [which was a] good move.” 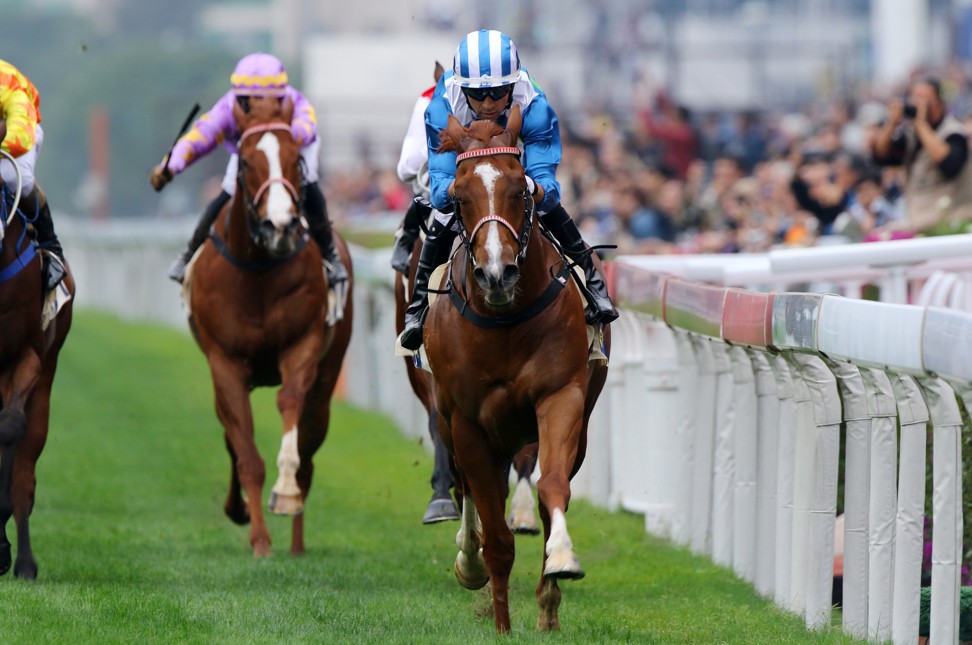 The punters maintained their faith in Voyage Warrior, sending him out a $3.3 favourite, but it was a pair of outsiders who filled the placings, with the David Ferraris-trained Cue The Music finishing second at $21 in his return to Class Two and Richard Gibson’s Hong Kong debutant Heart Conquered third at $20 after 16 starts for five wins in Australia.

Jimmy Ting Koon-ho’s Yee Cheong Baby was at the other end of the scale, finishing almost 15 lengths behind Voyage Warrior in last despite jumping a $4.20 chance.

Yiu maintains he is yet decide on where Voyage Warrior will run next and there are a couple of options for the gelding, whose rating will jump from 92 to around 100.