Karis Teetan and Douglas Whyte are all smiles after Will Power’s win at Sha Tin on Sunday. Photos: Kenneth Chan

At the start of the season, if someone had told Douglas Whyte that he’d be in fourth position in the trainers’ championship with 20 winners come January 5, he would have laughed.

The jockey-turned-trainer has enjoyed a brilliant start to his new career and he kept that outstanding form rolling when the exciting Will Power notched his second straight win at Sha Tin on Sunday.

The four-year-old remains undefeated after running over the top of his rivals in the Class Four Link Handicap (1,200m) and still looks to have some upside.

The South African is in rare form at the moment, with a winner at each of the past five meetings, while eight of his last 24 runners have saluted.

“You dream of it, but it’s all coming to fruition – I couldn’t be happier,” Whyte said. “If you told me I would have 20 winners by January, I would have said you were kidding. I’ve got a nice routine going, I’ve got great staff behind me and the horses are just feeling great in the mornings.

“This season I didn’t set targets. I didn’t set a target in my first season as a jockey. It was just about as many winners as I could possibly ride.

“It’s a very new experience for me, so I think as long as I can keep the horses healthy and happy, I’ll just keep turning up to the races and hopefully they can do their job.”

The 13-time champion jockey was thrilled to see Will Power back up his sensational debut win with another dominant performance.

While the margin of two-and-a-quarter lengths suggests it was easy – he certainly had something in hand at the finish – the gelding didn’t have it all his own way, travelling three-wide throughout.

But when Karis Teetan pulled the trigger at the top of the straight, Will Power responded to the delight of his many supporters, who backed him into $1.70.

“It’s very satisfying to see him come out and produce that again,” Whyte said. 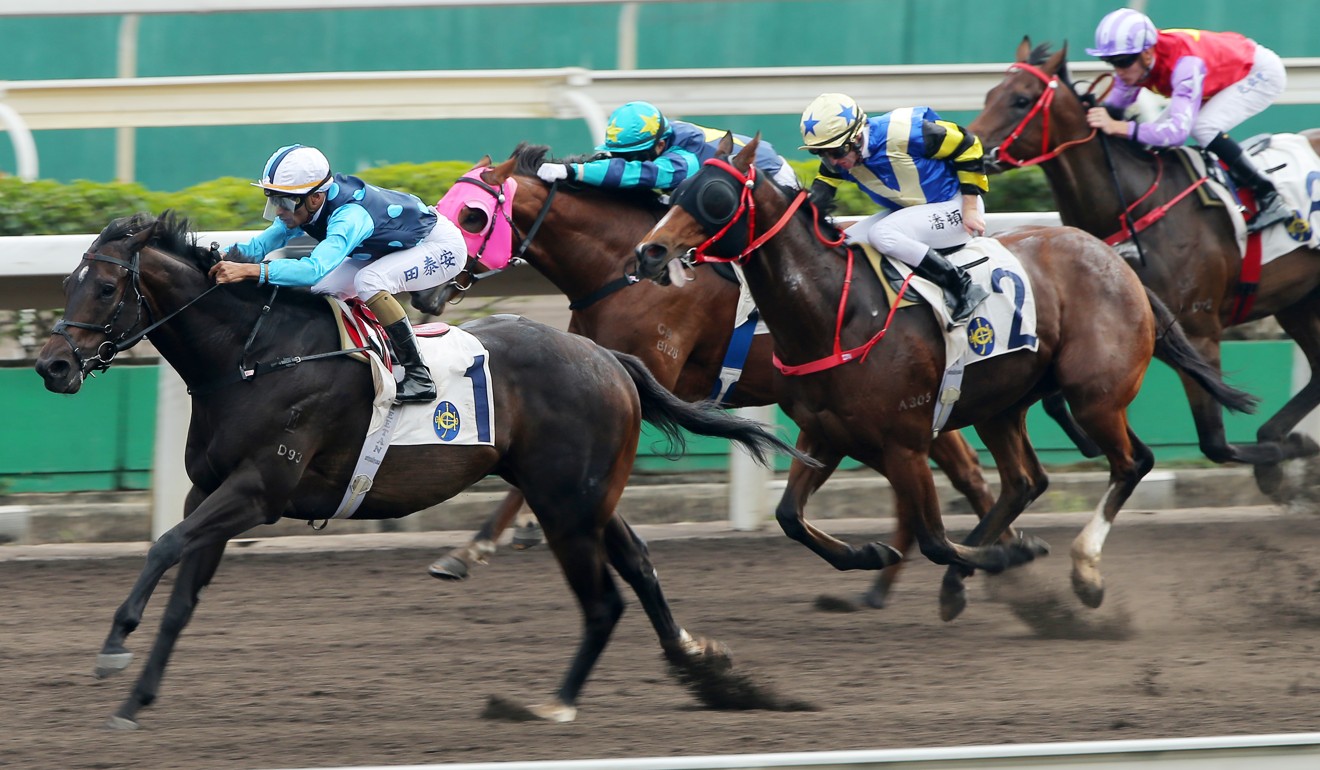 “You’re always questioning if you’ve got him in the same sort of form, has he improved? I can tell you from the track he’s improved and from being around him at the stable, but he still had to come and do it the hard way.

“He’s in a good space and he’s progressively getting better. Most importantly, he’s coming to the races and he’s enjoying himself. He was a bit of a handful when I first got him but he’s really transformed – he’s a lovely horse.”

Ideally, Whyte will stick to the all-weather track for the time being.

“I’ll leave my options open,” he said. “If there’s a race on the dirt that presents itself, why break the winning formula? But if there’s no dirt race and I have to go to the turf, then I’m not afraid because he’s trialled well on it.

“I just hope that when I do put him on the turf, there’s a bit of give in the ground because he does come down hard on his legs and that could be the only concern.” 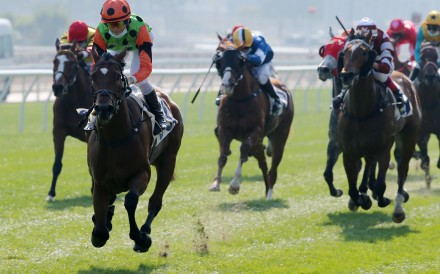 Douglas Whyte
Douglas Whyte’s delight at Carroll Street’s dominant debut: ‘I didn’t think he would win like that’ 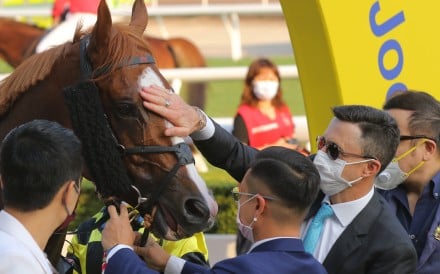 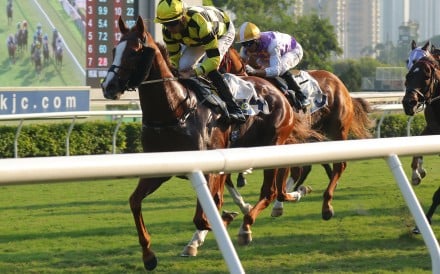 Douglas Whyte
Douglas Whyte expects much Moore from Stronger: ‘when John says that you take it on board’