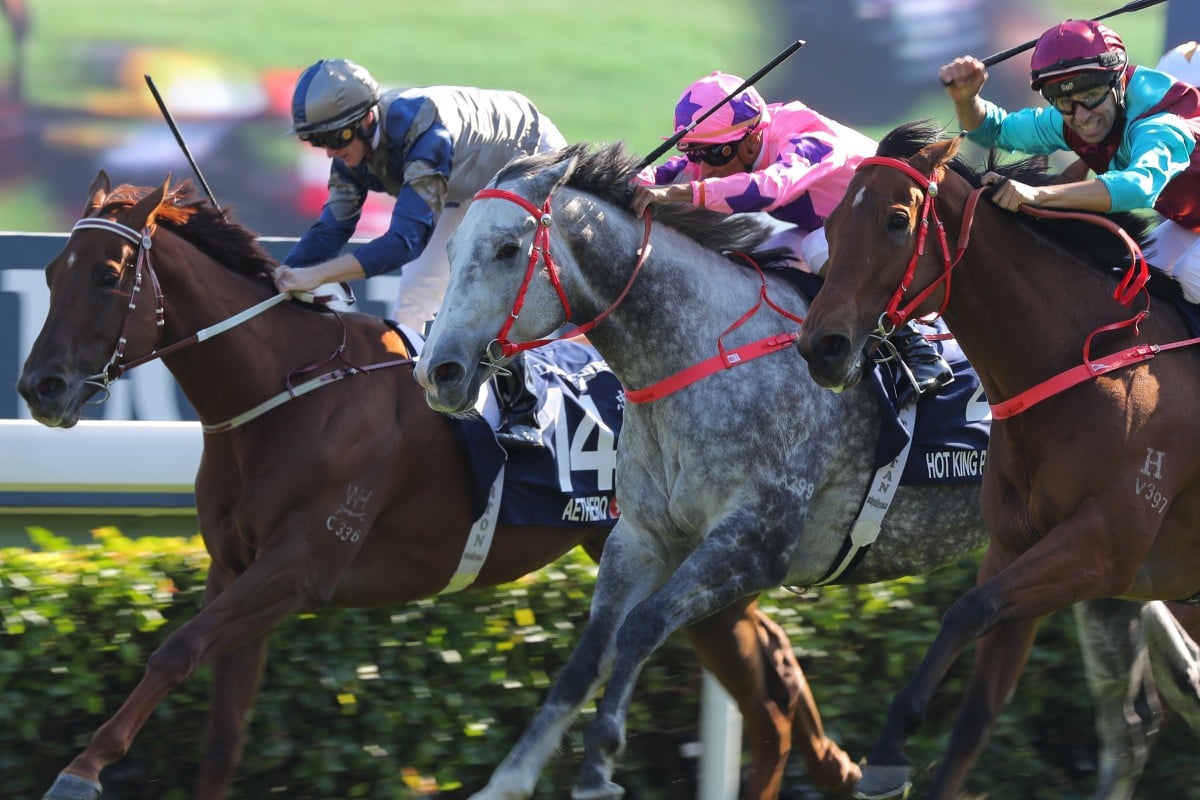 Star sprinter Aethero will not race in the Group One Centenary Sprint Cup (1,200m) later this month with trainer John Moore electing to back-off his workload.

The three-year-old suffered a setback after being beaten as a $1.5 favourite in December’s Group One Hong Kong Sprint (1,200m), forcing Moore to make the tough call.

It had previously been revealed he suffered from a fever after his Hong Kong Sprint performance.

“He just didn’t come back right, it was going to be a rush to get him to the Group One so I thought better of it,” he said. 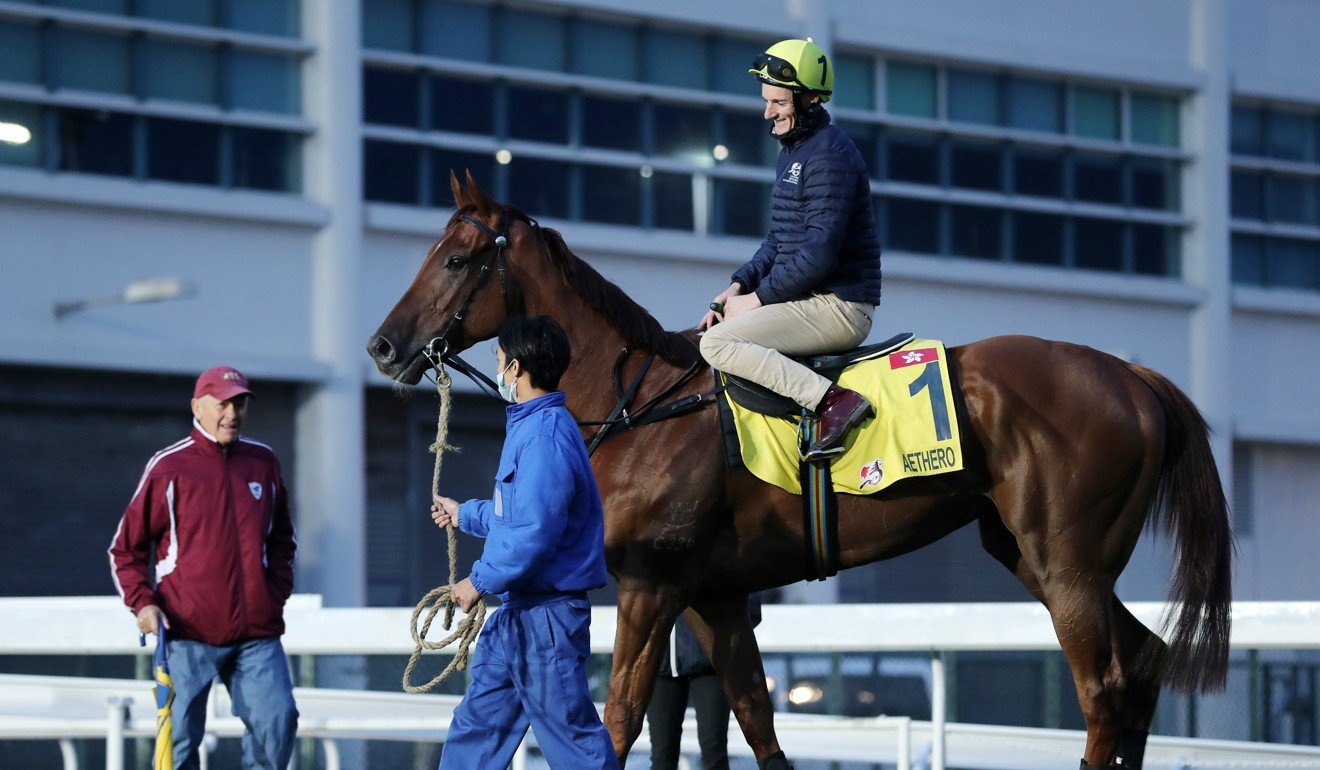 “Taking into consideration his age, I didn’t want to overdo it, rushing him into a Group One.”

With only three Group One sprint races available for Hong Kong horses at home, Moore opened the door to travelling later this season, saying he would have the discussion with his owners.

The Chairman’s Sprint Prize on April 26 is the only Group One sprint feature in Hong Kong after the Centenary Sprint Cup.

“We will wait for a race down the track and then talk to the owner about possibly travelling or staying in town,” he said.

“In Australia, he would have spelled after that Group One, I would have had him out straight away, giving him six weeks then bring him back for the Easter carnival. In this country, we are all set by the programme.

“He is only a baby, he definitely would have had a spell and now would be back in pre-training if it was Australia.” 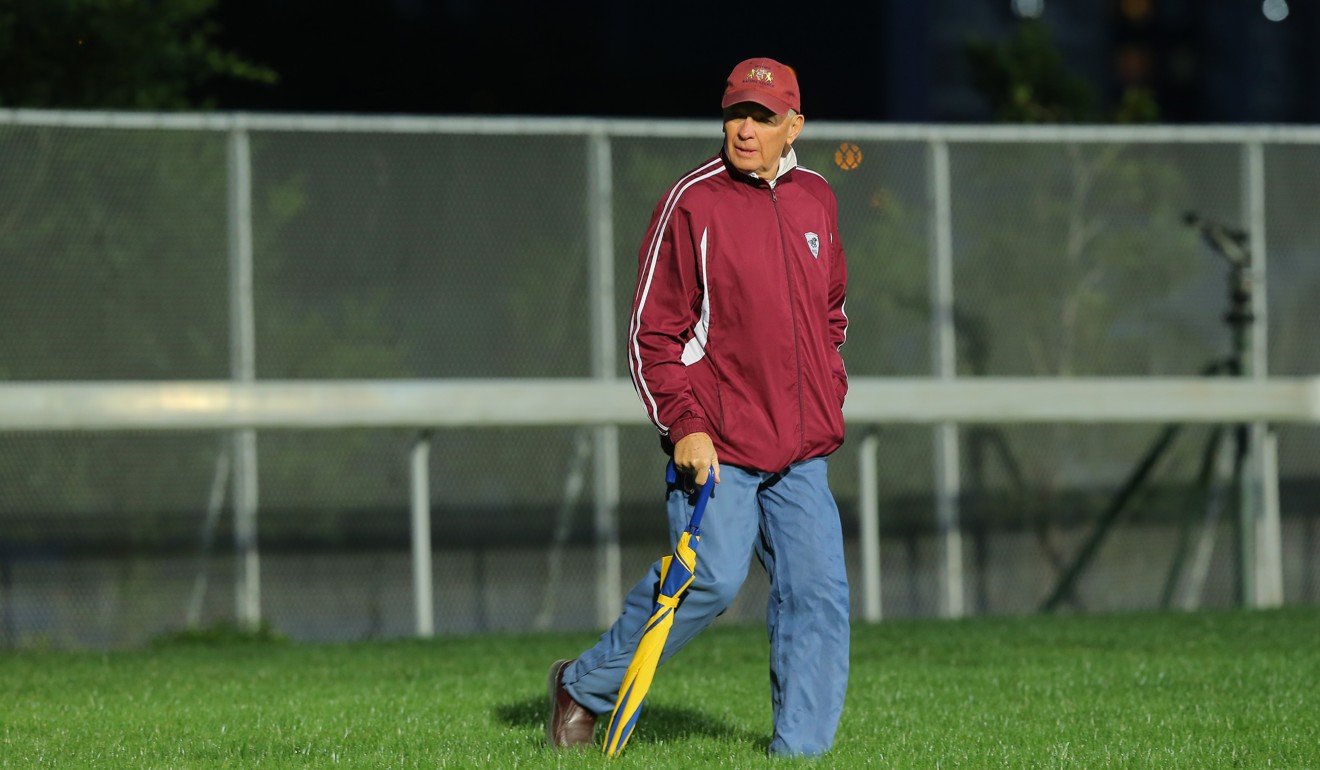 After giving Aethero a two-week break after his last start, Moore said the decision was made following his first gallop back on Wednesday.

“He did have a gallop during the week but I had a look at him after the gallop and took in the feedback from [trackwork rider] Romain [Clavreul] and we both agreed to give him time,” he said.

“He will still be working, I have just gone back to trotting him, so we are taking our time.” 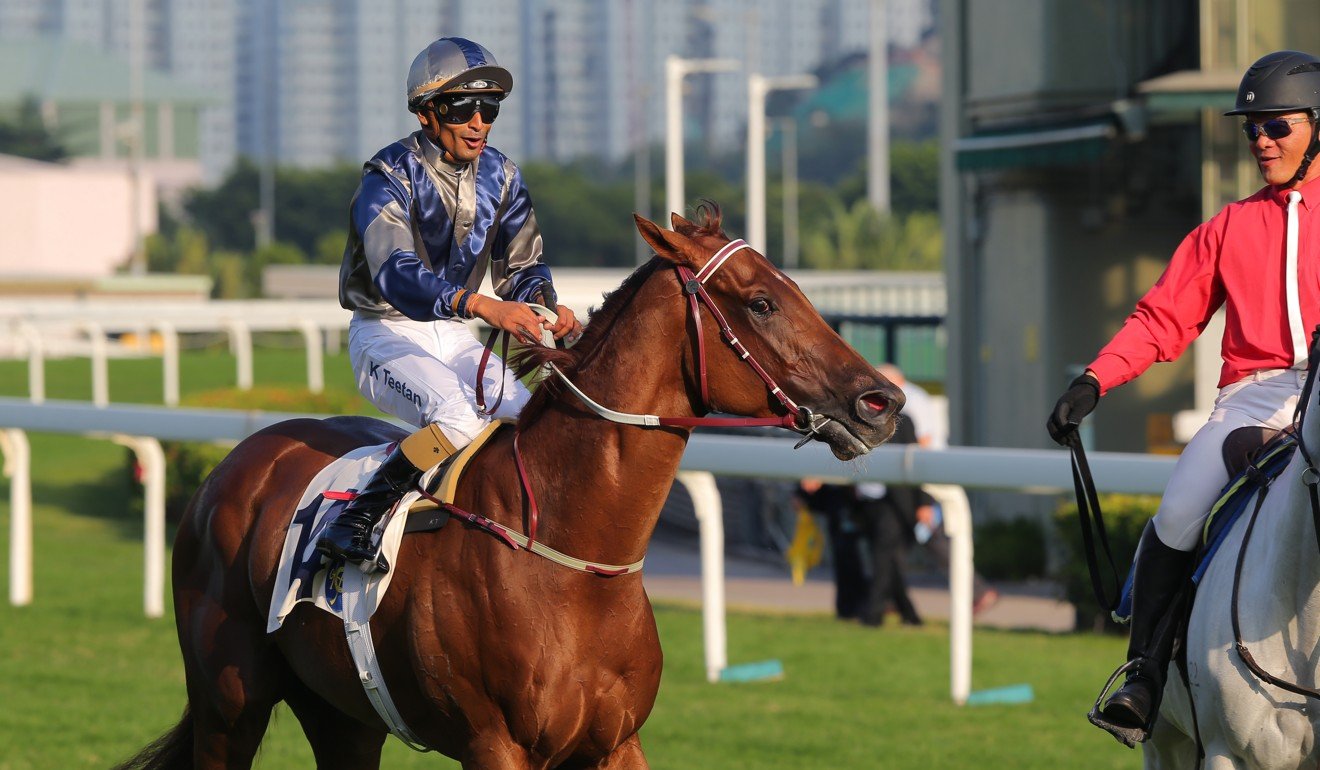 Aethero’s sensational rise to genuine Group One contender occurred in the space of just seven starts.

After winning his first two starts in Griffin company, Aethero went on to win the Group Two Jockey Club Sprint (1,200m) in November.

His absence means three-time Group One winner Beat The Clock is likely to start a hot favourite in the race, having won all three of the premier Hong Kong sprint races in 2019.

The ultra-consistent six-year-old is set to compete against the likes of Mr Stunning, Hot King Prawn and Full Of Beauty in the race.

While John Moore was left to lament the withdrawal of his stable star Aethero, he could bask in the glory of winning with four-time bridesmaid Chefano.

The former galloper had threatened to break through all season before finally greeting the judge first in the Class Two Caroline Hill Handicap (1,800m) at Sha Tin on Sunday.

The five-year-old had five starts this season before Sunday and had been beaten no further than one-and-three-quarter lengths in any of them.

“We’ve chipped away and finally got the win with him, he’s been very consistent,” Moore said. 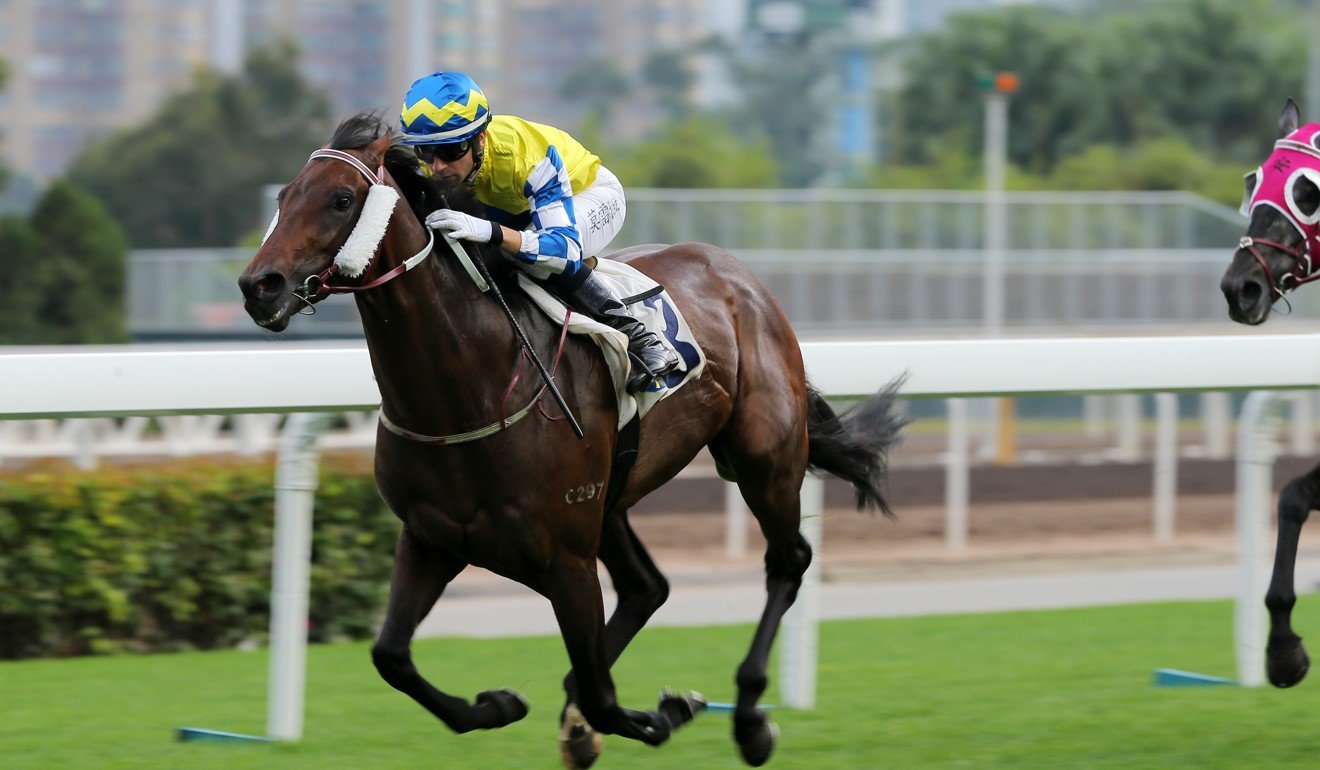 Chefano had only had four starts with Tony Millard last season before being moved to Moore’s stable.

Asked if there had been any changes in his routine to get him firing, Moore said it was a case of the former South African galloper acclimatising to life in Hong Kong.

“Since I got him off Tony Millard it was just a pure case of acclimatisation, coming out of the southern hemisphere into the north,” Moore said.

“One jockey that had ridden him before said he would be better over 2,000m and that’s actually it, but today the speed was on early, enough to get him into a good place and he hit the line strongly.”

With a HK$13.2 million jackpot on offer, punters pilled in with more than HK$19 million investment of their own, creating a bumper pot. After $2.5 favourite The Full Bloom went under in the first leg, not running a place, all signs were pointing to another day of heartbreak, but subsequent favourites Will Power and Cheerful Star ensured the prize eventually went off.

Former Hong Kong jockey Umberto Rispoli has wasted no time putting his name up in lights in California.

The Italian booted home his first winner at Santa Anita on Wednesday aboard the Mike Puype-trained Musawaat after knocking on the door for two meetings prior.

Rispoli had three second placings in just six rides before breaking through for his first victory. 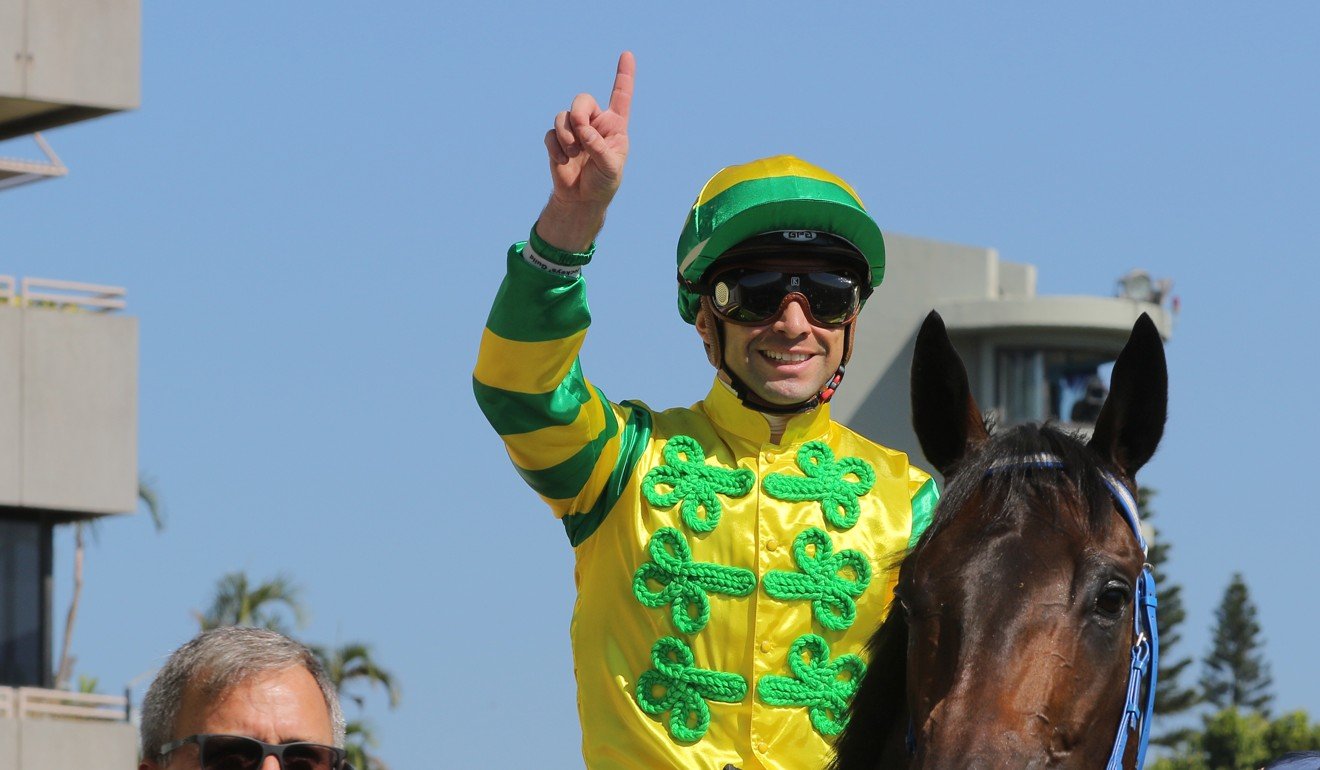 The 31-year-old created waves when he departed Hong Kong last month, slamming the lack of loyalty among owners and trainers.

Rispoli warned that more jockeys would leave like him if the situation didn’t change. 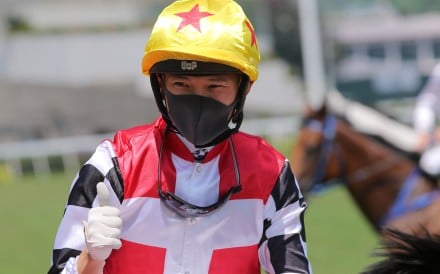 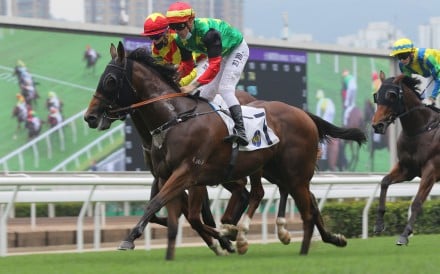 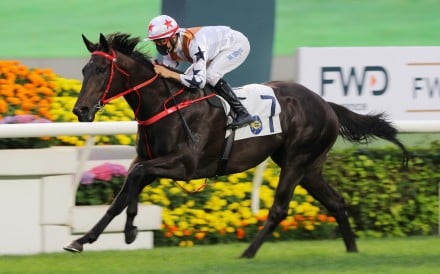 The Inside Word
‘I can’t remember the last sprinter to give me this feeling’: Moreira fawns over Courier 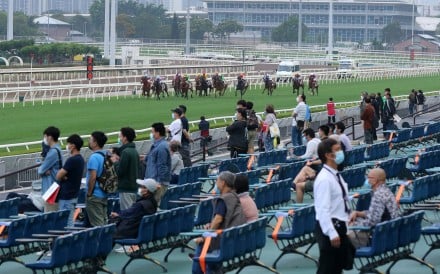