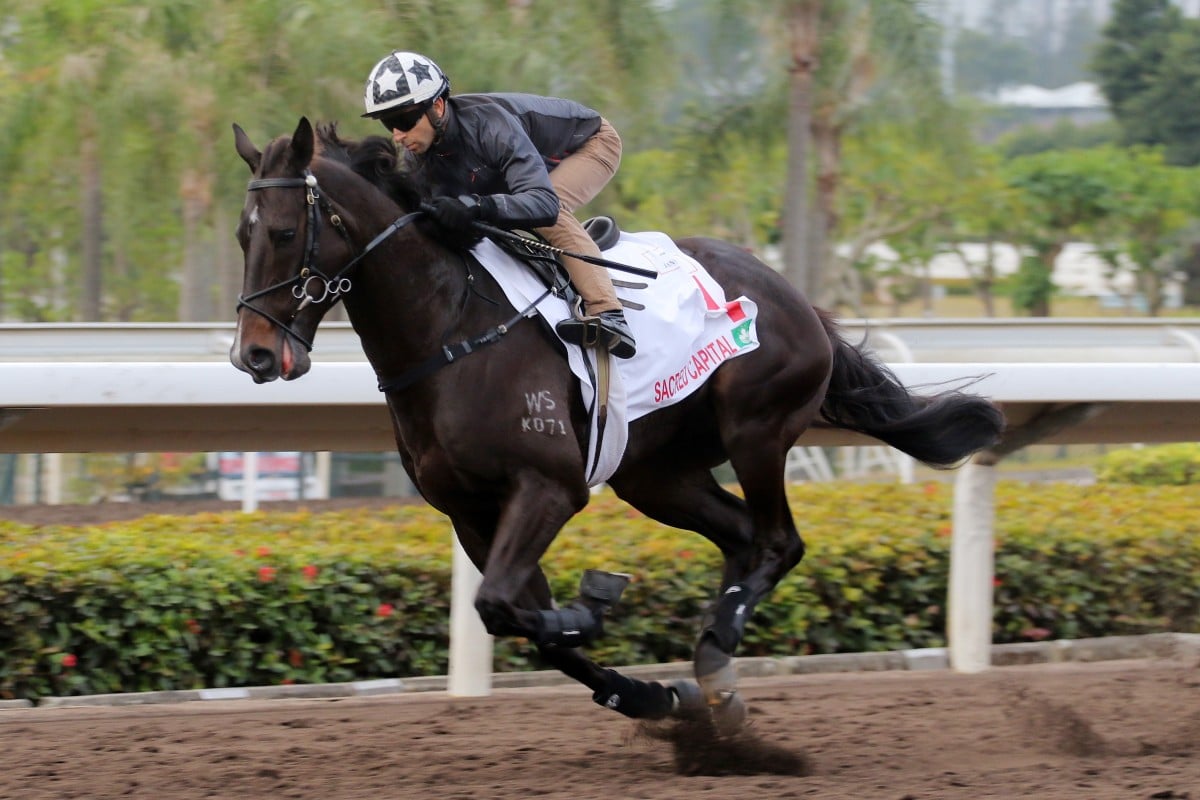 Sacred Capital ran on strongly into fourth in the Group Three Sa Sa Ladies’ Purse (1,800m) at Sha Tin in November and Lau says his five-year-old is in better shape this time around.

“He’s come across better than last time. The first time everything was a bit new to him so this time, with the experience, he’s adapted better. I’m happy with him,” the veteran Macau trainer said.

“He’s tracking nicely. Joao worked him on Sunday morning and he’s pretty pleased with him.”

Sacred Capital finished behind Southern Legend, Time Warp and Exultant in the Ladies’ Purse and meets the first two of those again on Wednesday night in a race that also features Eagle Way and defending champion Simply Brilliant.

“Southern Legend won the race and Time Warp was second so they are the two main dangers,” Lau said. “Time Warp is getting a bit long in the tooth but he’s still racing well.” 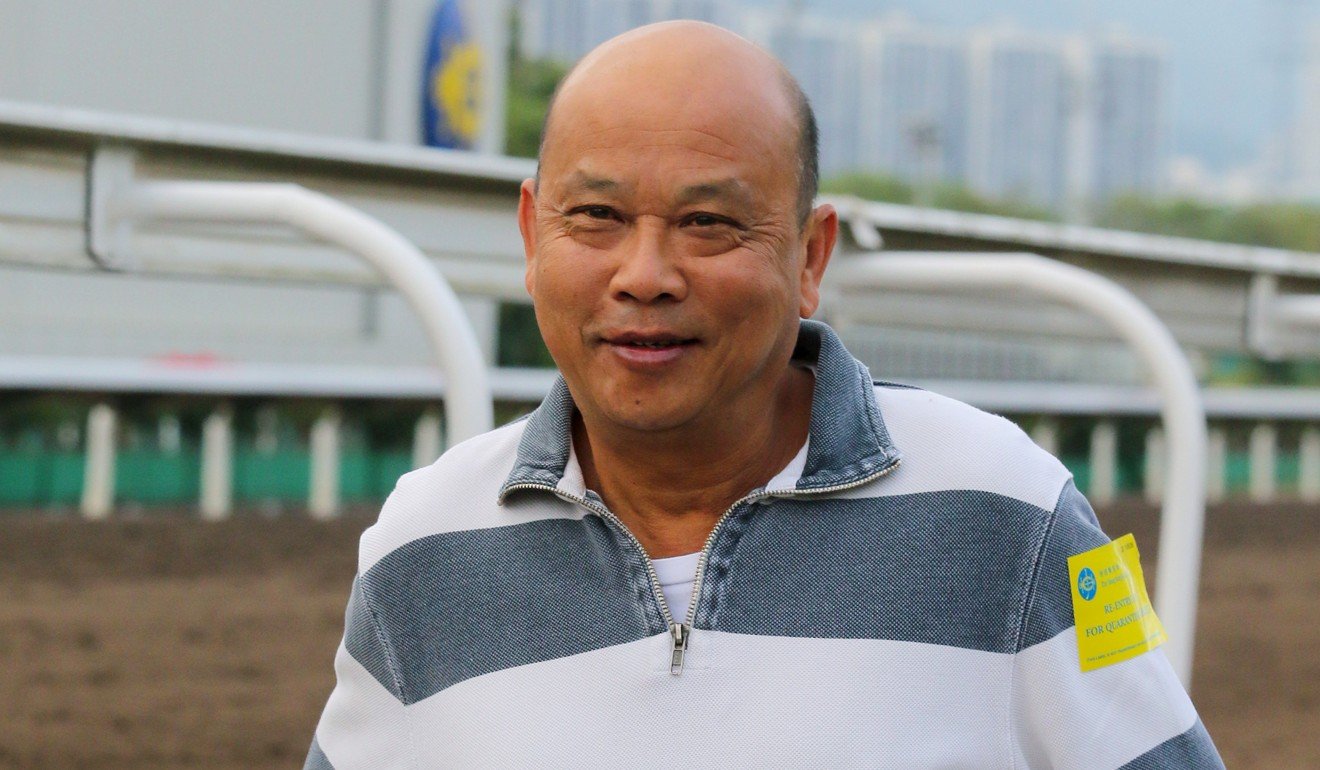 Sacred Capital finished two lengths off winner Southern Legend in November but gets a three-pound relief at the weights and the upgrade from Macau jockey Peter Ho Wah-lun to the premiership-leading Moreira.

“It will be a lot different, you’ve got the best here in Hong Kong riding compared to Peter Ho, who is one of our better jockeys back home, but of course Joao will be more experienced and knows how to ride the Valley,” Lau said.

Sacred Capital will become the first international horse to run at Happy Valley and Lau is confident the gelding is equipped to handle the tight-turning city circuit.

“He’s coming into unknown territory but hopefully he can adapt to it because back home our tracks are a little bit similar to the Valley,” he said. 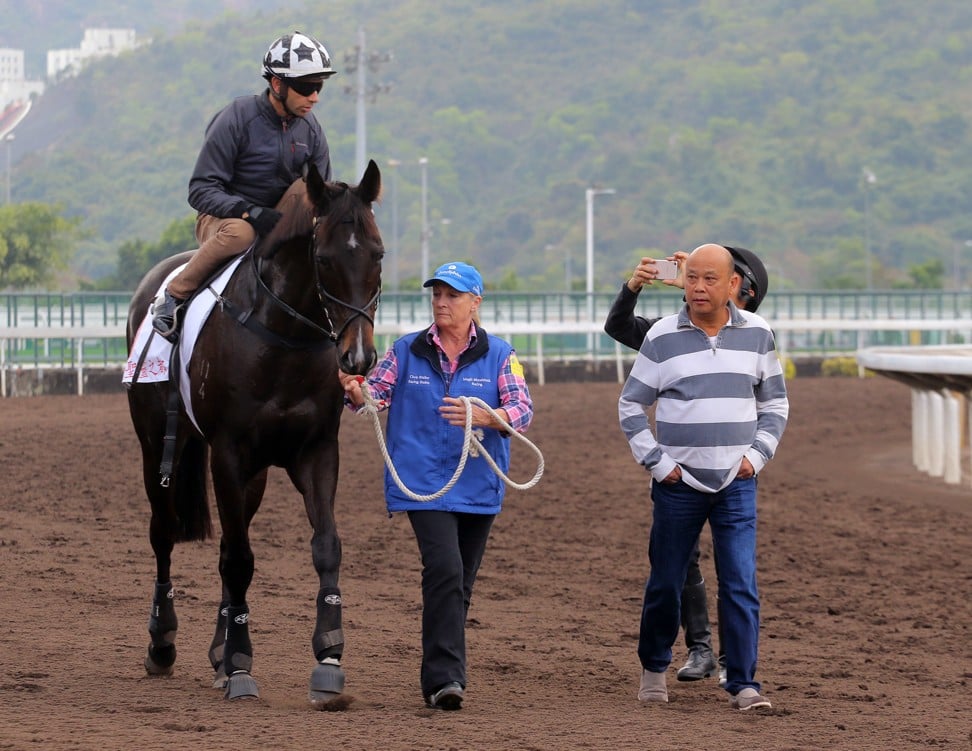 “I think he’ll be able to handle the track and the horse is well and fit, so hopefully he races well. With a lightweight and a good jockey, he’s a hope.”

Sacred Capital, who is Macau’s highest-rated horse after winning the Macau Derby (1,800m) and the Macau Gold Cup (1,800m), carries 118 pounds from barrier four and has compulsive leader Time Warp on his outside in gate five.

The Tony Cruz-trained seven-year-old is a dual Group One winner over 2,000m but his best performances in the last year or so have come over 1,800m, with his last victory coming at the trip in the 2018 Ladies’ Purse.

The gelding also owns the 1,800m track record at the Valley, producing a winning time of 1:47.61 in Class Two in 2017, and was a close fourth in the January Cup last year.

Reigning champion Simply Brilliant enters the contest after an inconsistent start to the season, with a fourth at Group Two level sandwiched between two 10ths.

The latest of those came in the Group One Hong Kong Mile and Frankie Lor Fu-chuen’s six-year-old should enjoy the step back in grade.

Alexis Badel was aboard for the son of Frankel’s triumph 12 months ago and again takes the reins, with the pair jumping from barrier six.