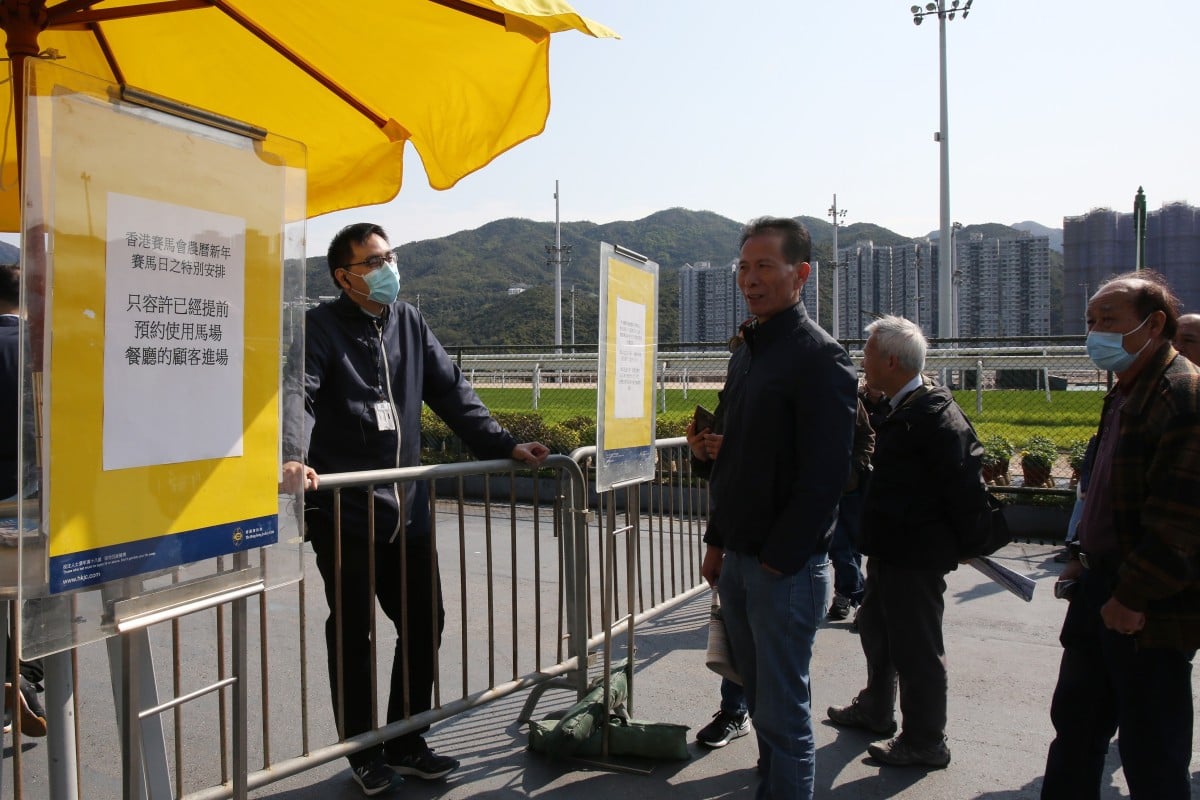 Racing fans are knocked back at the gate at Sha Tin on Monday. Photos: Kenneth Chan

Tens of thousands of empty seats, frustrated punters locked out, the coldest meeting of the season – Monday was hardly the ideal start to the Year of the Rat from a Hong Kong racing perspective, but at least it was on.

The reaction to the coronavirus has forced a lot of changes upon everyday life – schools will not resume until mid-February, major events like the Hong Kong Marathon have been cancelled and everyone is encouraged to wear a face mask in the name of hygiene.

The partial lockout at Sha Tin ensured racing could go ahead, but it created a very strange atmosphere on what is usually one of the biggest days on the calendar. The lai see wasn’t flowing in the same volume as normal. 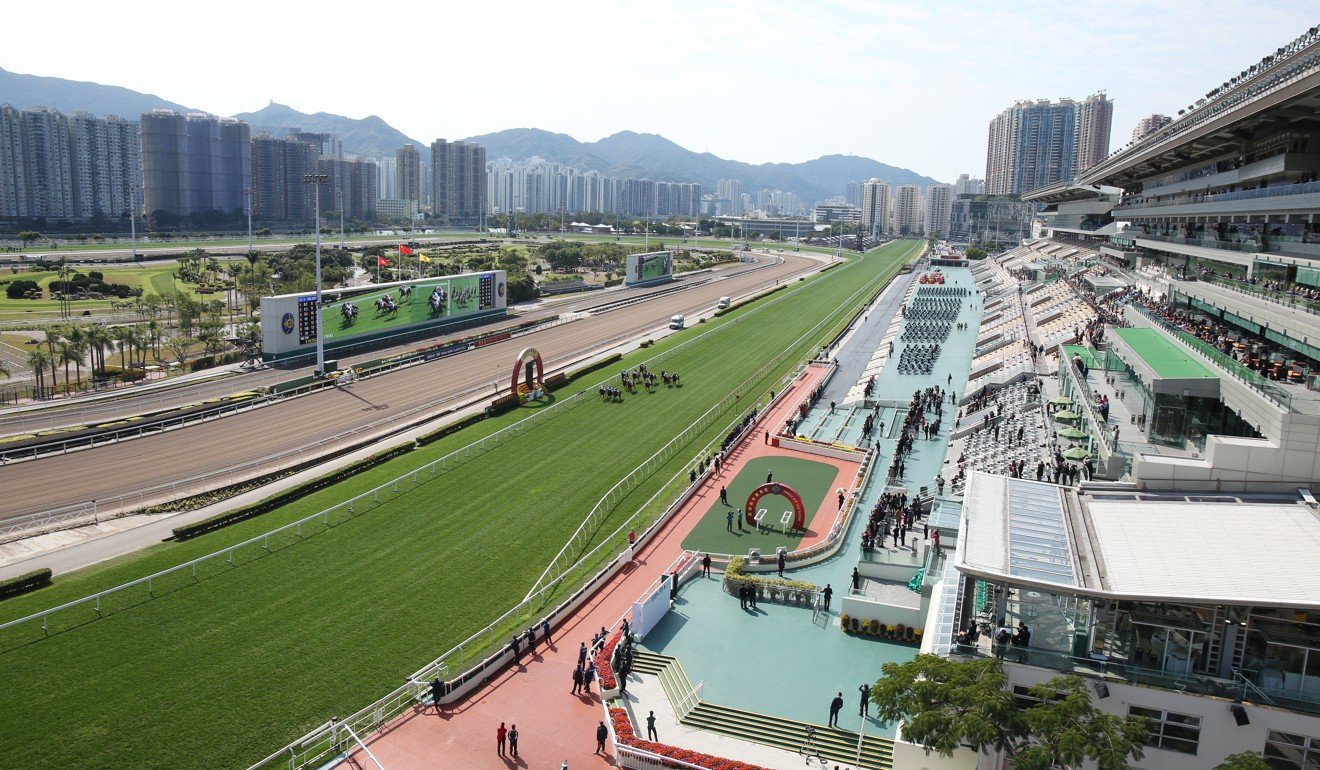 Only owners with horses competing, those with existing bookings, staff and media were allowed on course – once they passed a temperature screening. If you weren’t among that group, bad luck. You just had to watch from home as all of the off-course betting branches were also shut.

Despite the Jockey Club announcing the changes on Friday night, the message clearly didn’t get through to some, who were agitated they couldn’t get in and congregated around the western entrance.

When juxtaposed against the scenes in the mounting yard – all the connections gathering in there as usual (most sans masks) but surrounded by empty seats – the optics were not kind.

Given the late notice, it is understandable the Jockey Club wanted to honour existing bookings and it is impossible to tell owners they can’t watch their horses run but the Orwellian description of “all animals are equal, but some animals are more equal than others” was not out of place. 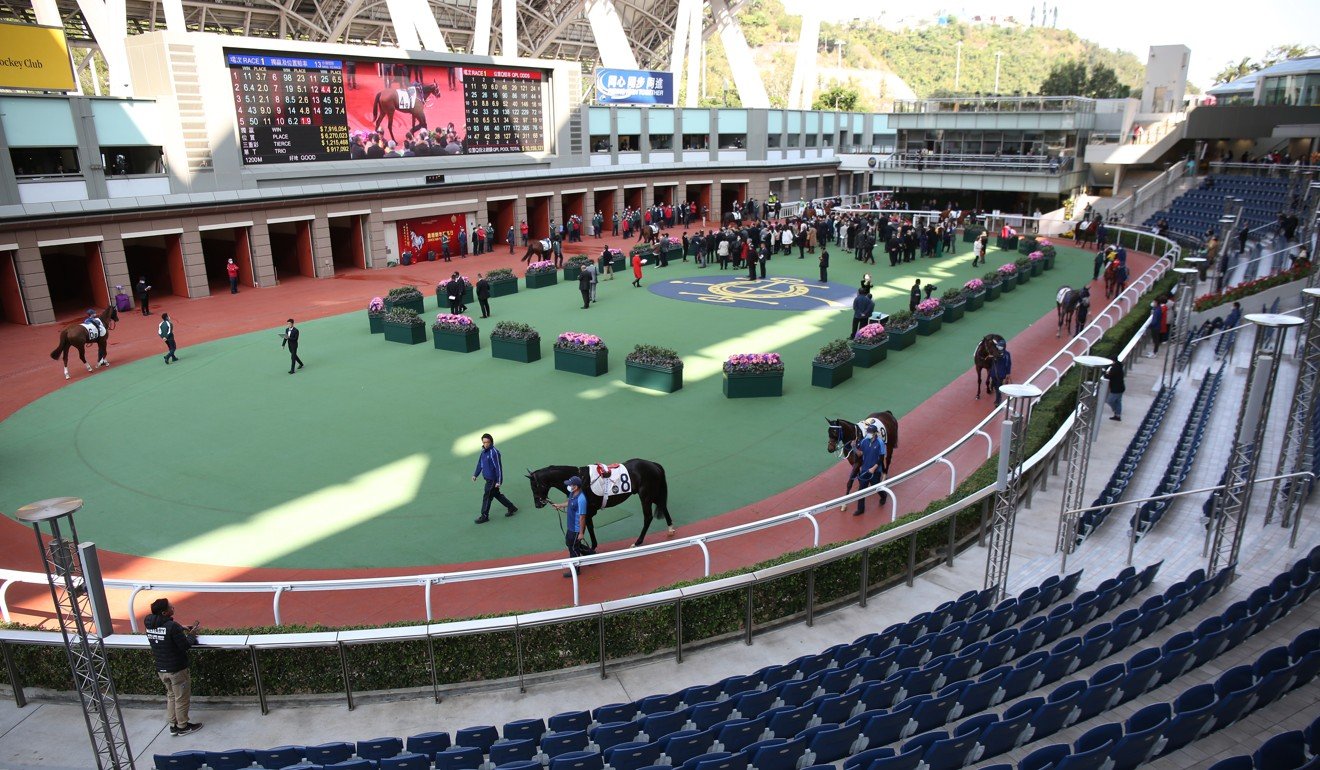 These are peculiar times and they will continue on Wednesday night at Happy Valley, with similar arrangements in place.

Legendary Hong Kong racing figure Tony Cruz said he had never experienced anything like it.

“It is the first time I have seen it, it is unbelievable,” he said. “It’s strange, this virus and all that is going on is scary, I hope it can be all over soon.

“It is very bad for racing. It’s not healthy, not healthy for anybody.”

“It’s a shame, especially on Chinese New Year day, which is such a celebration of Hong Kong culture,” he said.

“It’s genuinely sad to see empty stands on such an iconic day for Hong Kong racing but Hong Kong always keeps kicking and I’m sure we’ll kick back soon.”

Gibson admitted he was anxious ahead of the debut of Wellington in Monday’s Class Four Prosperity Handicap (1,200m) but he needn’t have been, with the three-year-old son of All Too Hard producing a dominant victory.

Jumping from barrier 10 under Alexis Badel, Wellington travelled forward of midfield with cover before peeling out at the top of the straight and moving smoothly through his gears to finish three lengths clear of favourite Ping Hai Bravo in second.

“Chinese New Year is one of the key meets of the season and I was a bit anxious today, we were running our nicest unraced horse and it’s good to see that he performed accordingly,” Gibson said. “The horse had been progressing well this season so we were looking forward to seeing him race on debut and he accelerated really well.”

Gibson is eager to see what’s ahead for Wellington but he’s not in a hurry to push the horse out over further.

“I think he’s got a lot of natural talent so we’ll keep going. I think we’ll stay at the same distance for the time being and build him up gently,” he said.

Yung off and running

The first winner of the Lunar New Year is always a coveted one, particularly by local trainers, and Benno Yung Tin-pang was delighted to secure it after General Trump captured the Class Five Yue Yee Handicap (1,200m).

“It’s great to win the first race of the Lunar New Year, hopefully it is a sign of good luck for my team,” Yung said.

The four-year-old broke his Hong Kong maiden in a blanket finish, Zac Purton lifting him to victory in front of Yee Cheong Pegasus. 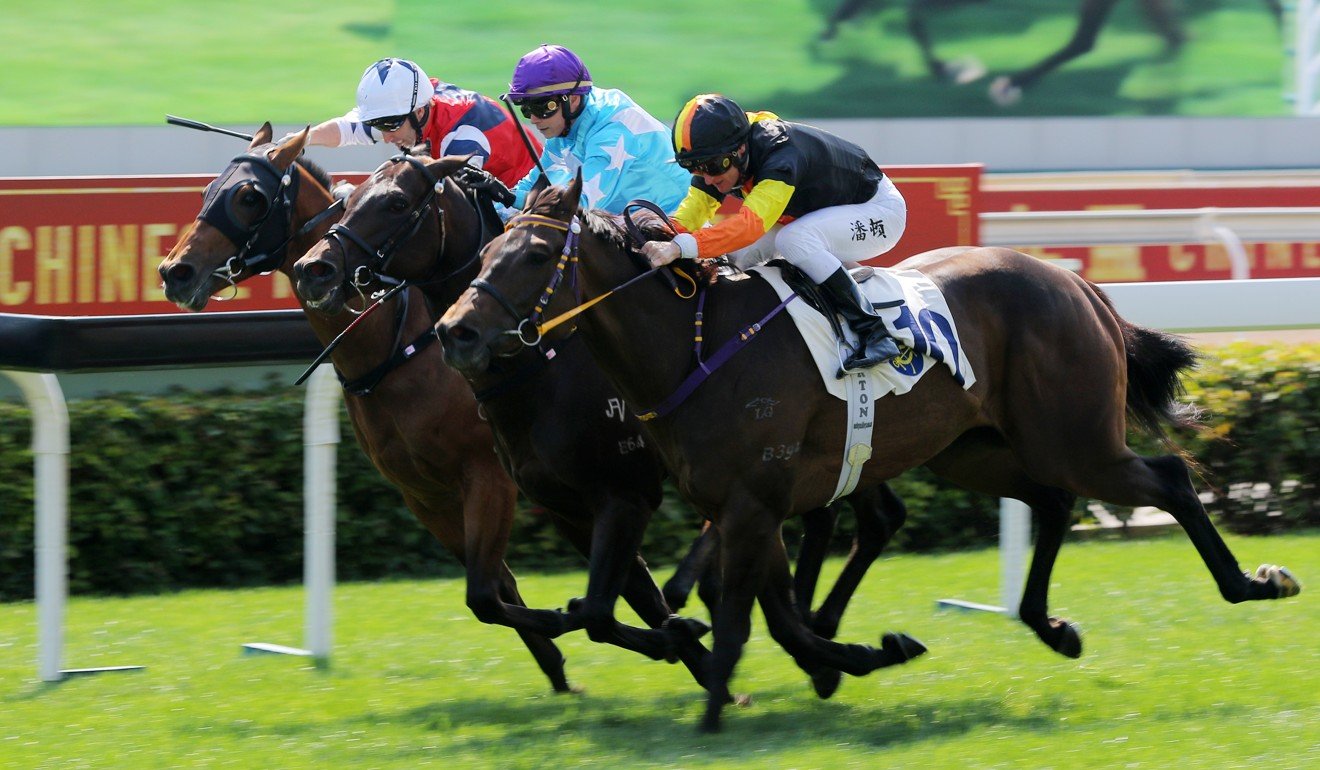 “He was quite an immature horse, he’s green, and now he has dropped in class he’s got an advantage,” Yung said. “His last few starts he’s been quite unlucky.”

The trainer admitted it was a weird feeling around the course, as he spoke to the press wearing a face mask.

“It is strange, but there’s not much we can do in the circumstances,” he said.

Freshman trainer Douglas Whyte is taking it one step at a time with his precocious four-year-old Super Wealthy after another slashing victory at Sha Tin.

The Australian import has impressed on the track since arriving in Hong Kong, culminating in his Class Three victory in the Fat Choi Handicap (1,200m) on Monday. 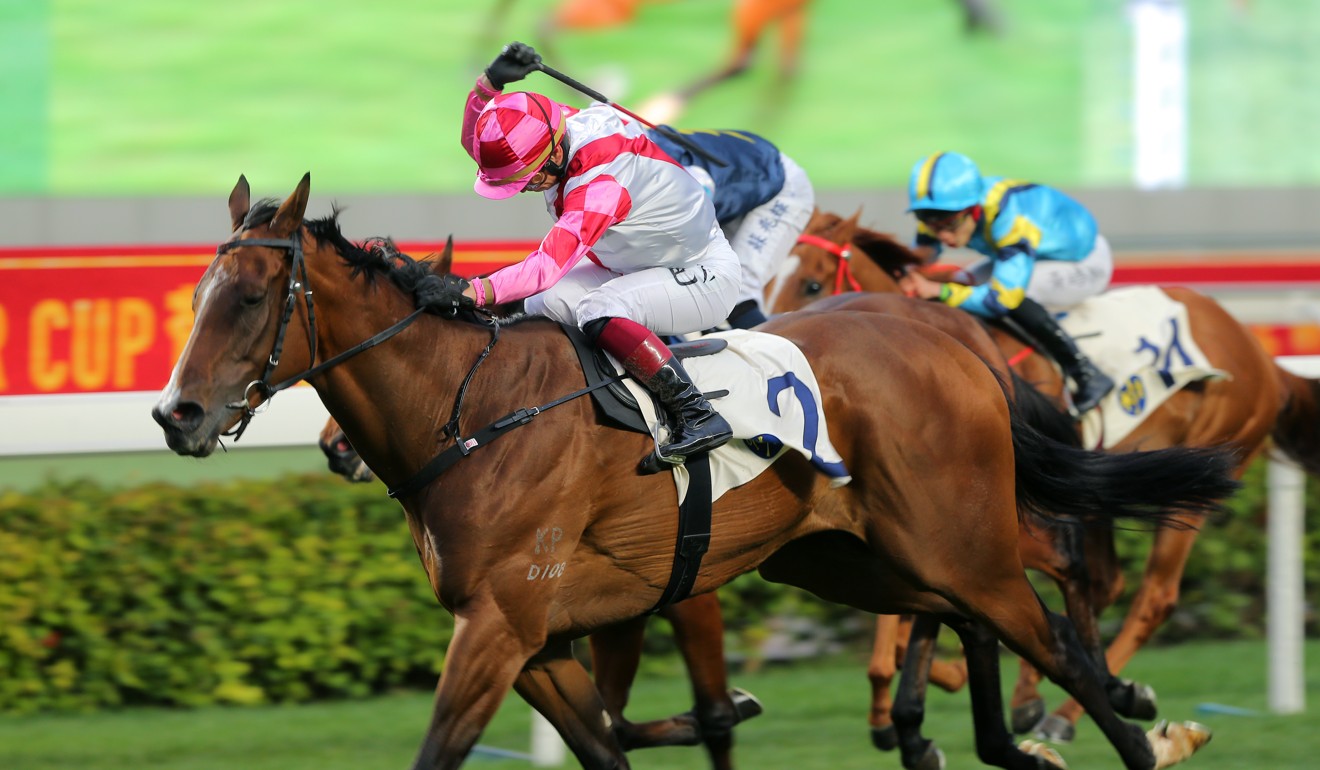 With his rating set to reach the mid-80s, Super Wealthy could find himself eligible for a tilt at the four-year-old series however Whyte indicated he would not be rushed into anything he was not comfortable with.

“A month ago [the four-year-old series] wasn’t even in the back of my mind, it was just all about him,” he said.

“Now the way his manners are and how he has transformed, anything could be on the radar but I wouldn’t look at anything outside of his comfort zone and I would like to afford him the opportunity of going through the grades in his own way.

“I had high expectations and he delivered so I will go home and have a look at the programme.” 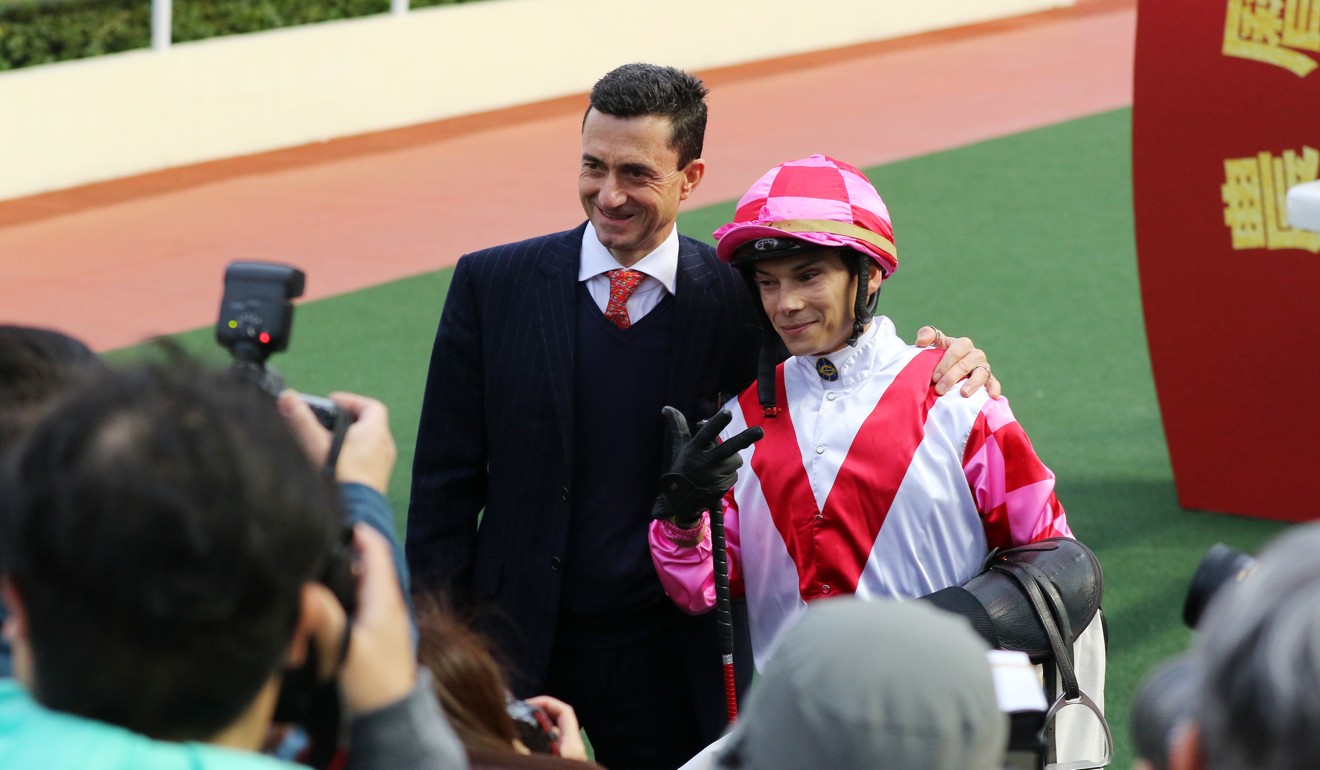 The Frenchman built on his big-race reputation, winning the Class One Chinese New Year Cup (1,400m) on Perfect Match, along with his earlier win aboard Wellington.

Apprentice Victor Wong Chun is edging closer to resuming his career in the saddle after competing in barrier trials for the first time since a trackwork accident in May.

The 25-year-old suffered “several contusions and fractures to his chest, back and head” in the incident and has been slowly building himself back to full health and fitness.

Wong, who resumed trackwork earlier this month, rode in two trials on Friday morning, shaking off some of the rust after such a long stint on the sidelines.

The young rider collected 38 winners before suffering his injuries last season and is expected to be back in action on race day sometime next month.