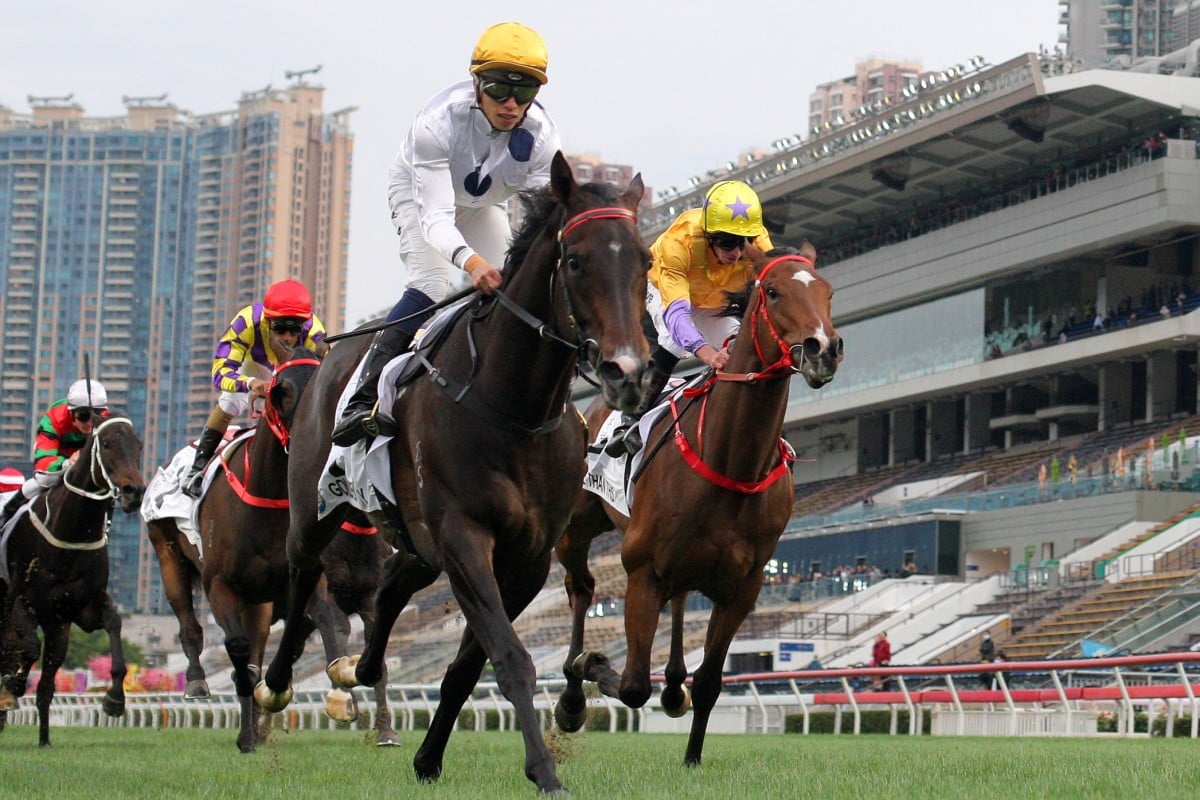 Golden Sixty surges home to win ahead of stablemate More Than This at Sha Tin on Monday. Photos: Kenneth Chan

Francis Lui Kin-wai laid the foundations for a four-year-old series domination at Sha Tin on Monday, with Golden Sixty a commanding winner of the Classic Mile and More Than This producing a performance that set tongues wagging.

Golden Sixty had long been earmarked as the perfect Classic Mile horse and he did not disappoint as the $1.80 favourite, producing an explosive turn of foot in the straight to put the race to bed in the blink of an eye.

More Than This was the only horse making ground on Golden Sixty, rattling home with the fastest final 400m of the race to finish a length and a quarter back in second after settling at the rear of the field.

“It’s very exciting, I couldn’t be happier,” Lui said about the result, and the prospect of what could lie ahead for his duo.

“I couldn’t sleep last night but tonight I’ll have a good sleep. I’m relieved, the closer the race got the more nervous I felt.”

The Classic Cup (1,800m) on February 23 is the next assignment before the grand final of the Hong Kong Derby (2,000m) in March and Lui is confident both gallopers will have a big say all the way through the series. 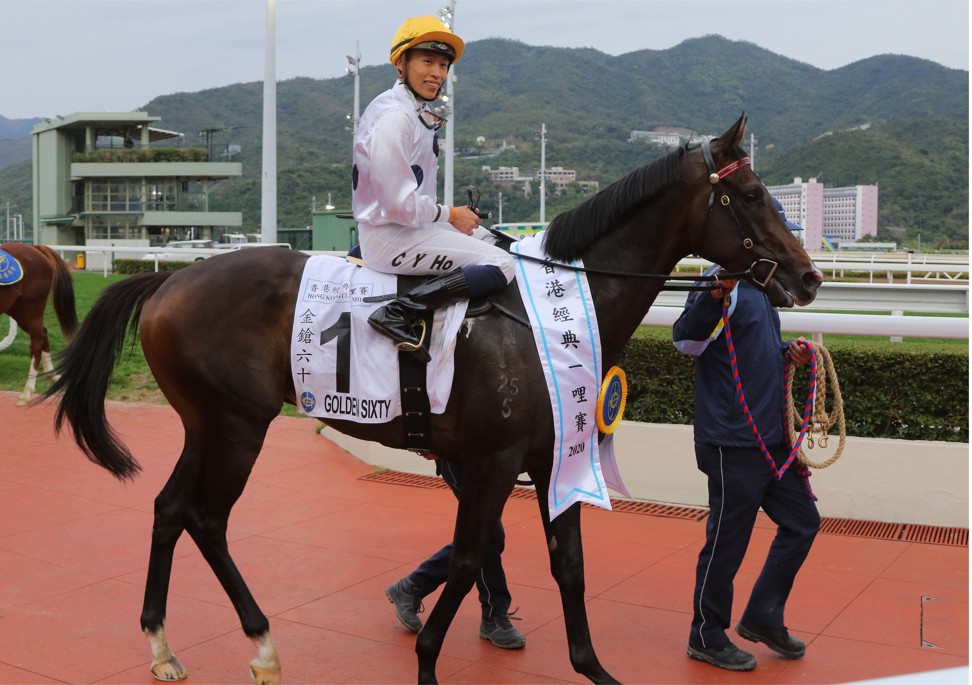 “For Golden Sixty I will see how the Classic Cup goes and take it step by step, but of course the main target is the Derby. He steps up in distance every time he needs to and I think if we can relax him and there is a reasonable pace he will make the distance,” Lui said of Golden Sixty, who was running over a mile for the first time after a hat-trick of wins at 1,400m.

“More Than This ran a good race today and I think he will handle the Derby distance.”

Ryan Moore jetted in to partner More Than This and while Lui wouldn’t be drawn on which horse is his better Derby prospect, the English jockey has no doubt the best is still to come for his mount.

“It was a very good ride from Ryan and when he came back he said the further he goes, the more suitable it will be,” Lui said. 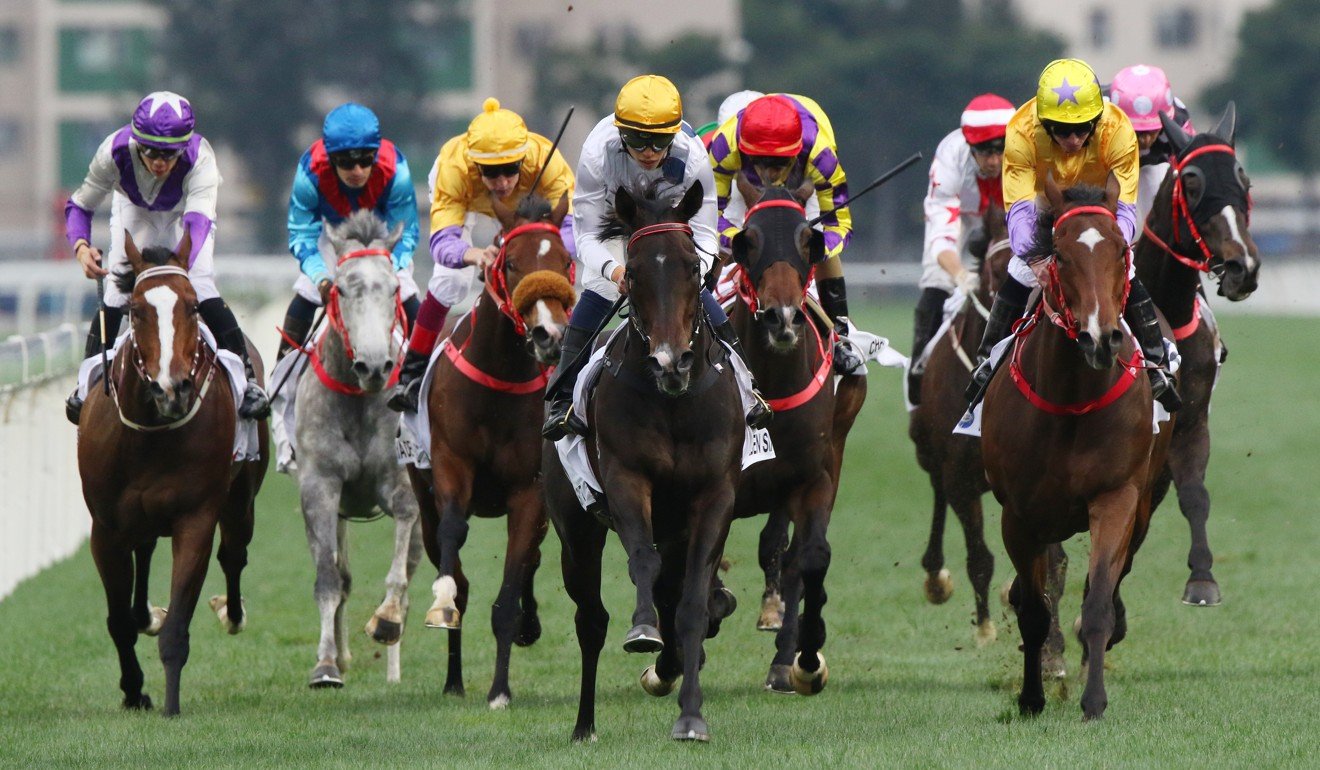 Vincent Ho Chak-yiu has been aboard Golden Sixty for each of his nine starts – eight of which have been wins – and was beaming after the gelding provided him with his biggest race win.

“The horse is healthy and he is doing very well, I’m lucky to be on him,” he said. “He was a bit keen today and he took some time to settle but he still showed a good turn of foot. He laid in a little bit, which made things a little bit harder, but he still won very easily.

“It’s just a matter of time for him, to pick him up, and I just have to be patient on him and then he will give me everything he has.”

Ho admitted he has allowed himself to dream of Derby glory, even if only briefly, but was quick to shift his focus back to the Classic Cup.

“From today I think Golden Sixty can stay for 1,800m, he just needs to settle and he can still produce that turn of foot,” the 29-year-old said.

The John Size-trained Champion’s Way stuck on solidly for third after a tough trip under Karis Teetan saw him travel three-wide without cover for much of the race, while stablemate Beauty Legacy worked home for fourth after refusing to settle early.