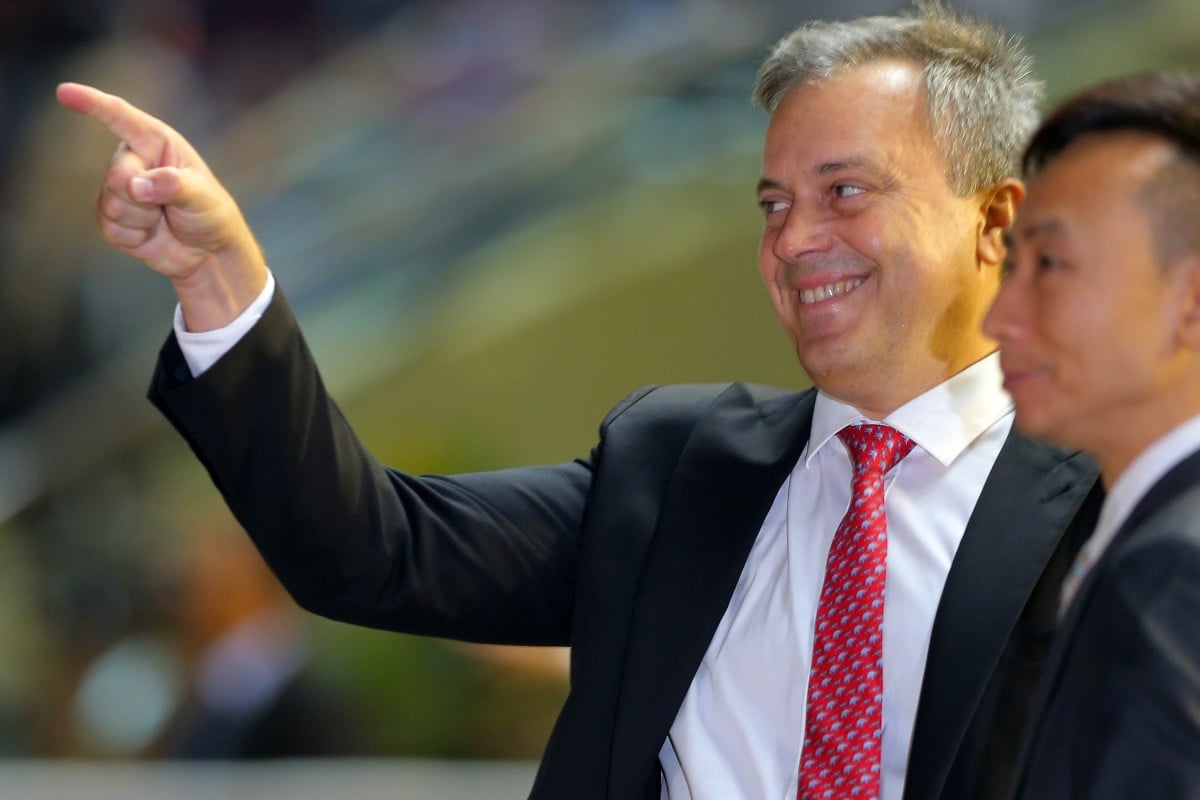 Caspar Fownes is all smiles after training a winner at Happy Valley this season. Photos: Kenneth Chan

They are renowned as one of the most lethal combinations in Hong Kong racing but Caspar Fownes and Zac Purton are on the verge of going two months without a winner together.

However, Fownes hopes to boost that number at Sha Tin on Sunday with his Derby hopeful Columbus County in the Class Two Azalea Handicap (1,800m).

The New Zealand import has had just two starts in Hong Kong but had Group Two form before being sold to Hong Kong.

After suffering a setback following his debut run at Sha Tin in October, Columbus County returned in impressive fashion in early January. 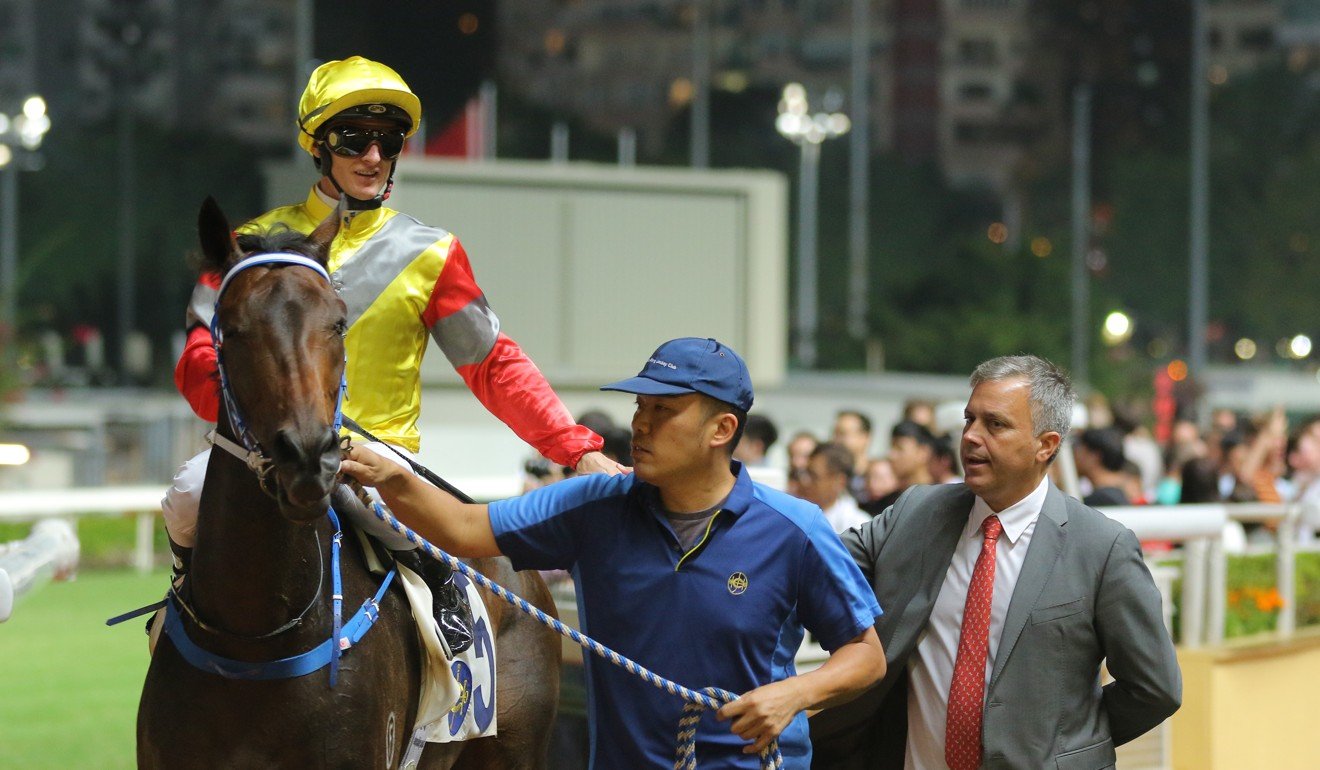 “His first run back was very pleasing, he was very unlucky and should have won,” Fownes said. “His [setback] was unfortunate, it was a wound on his right hind and he took a while to recover from it.

“Luckily it is all good now, we just go forward and hope we can get there.

“Hopefully the extra furlong will be to our advantage. All these Class Two races in Hong Kong are competitive and strong.”

With a rating of 85, Columbus County sits on the cusp of the likely Derby field, but his trainer knows a win on Sunday would lock away a spot in the coveted race.

The four-year-old is Fownes’ sole Derby hopeful and he remains undecided on whether to enter the Classic Cup later this month.

“At this stage, we are just seeing what happens on Sunday because we have the option on Classic Cup day, there is a Class Two 2,000m race so we will see how he goes and then make a plan from there,” he said.

“He is only rated 85, he needs to get there, he has to win a race at least to make it to the Derby field and be competitive.”

Fownes knows he has a talented galloper on his hands but says he was not going to rush the four-year-old back from an injury which was sustained in the barrier.

“I believe sometimes when horses have setbacks, and especially in this city and environment, they can develop further and get stronger,” he said.

“I think he is a horse with a bit of upside but, I think the further we go, the better he is going to get. He needs to be coming out and winning if he is a chance of getting to the big race.” 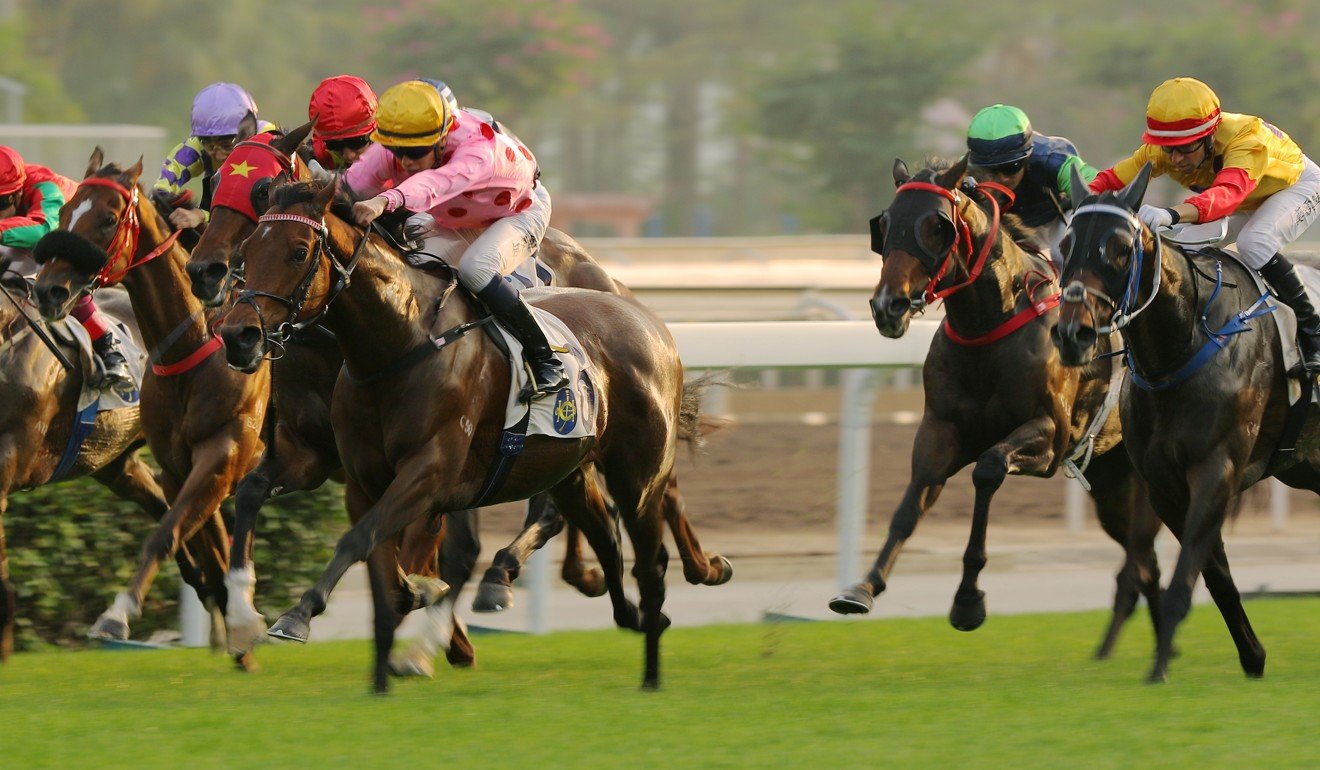 With previous jockey Joao Moreira already booked to ride rival galloper Super Oasis, Fownes said he was happy to lean on Purton, who is yet to lock down a Derby ride after Star Performance’s disappointing run in last week’s Classic Mile.

“Joao already had a prior engagement, he wanted to ride the horse but he had a booking in the race so we are lucky that Zac was available. We snatched him up and we came up with a good gate,” Fownes said. 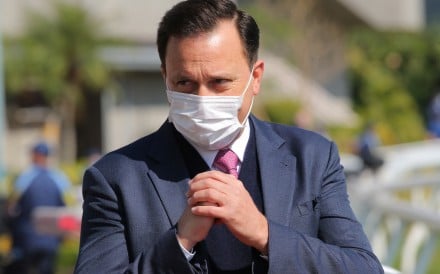 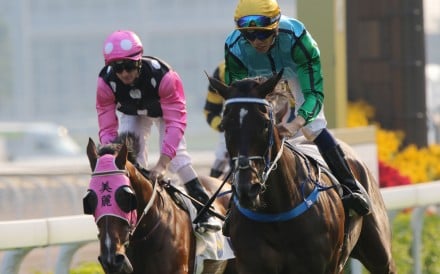