Hugh Bowman teams up with John Moore for one last hurrah: ‘We’re going to win another Derby’ 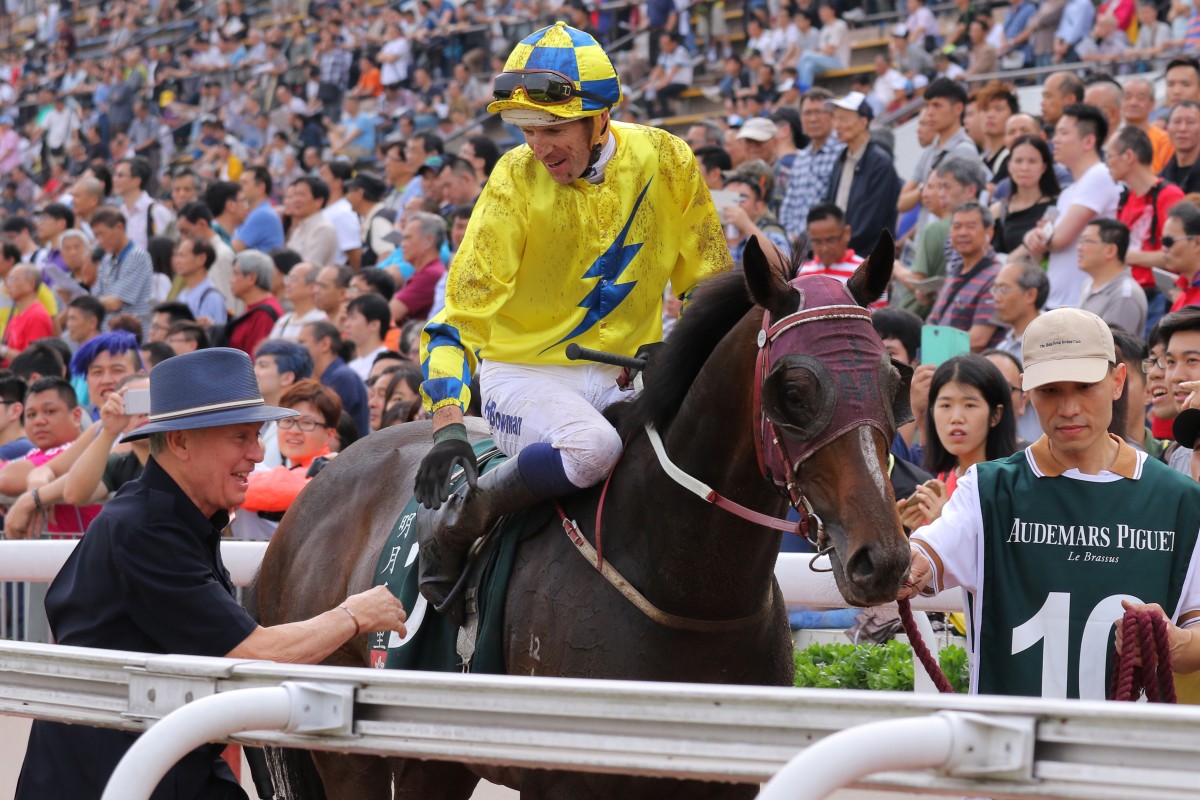 John Moore has got the band back together and says its main member, Hugh Bowman, is ready to win him a final Hong Kong Derby before he is forced into retirement.

Bowman will jet in to ride Enjoying for the master trainer on Sunday in the HK$10 million Classic Cup (1,800m), where they will look to have their first winner together since Werther took out the Group One Champions & Chater Cup in 2017.

They also managed to win the Gold Cup, QE II Cup and Derby together with the star galloper.

After riding a treble in Sydney last week, Moore revealed Bowman was itching to ride his four-year-old, saying he has the ability to go all the way to Derby glory. 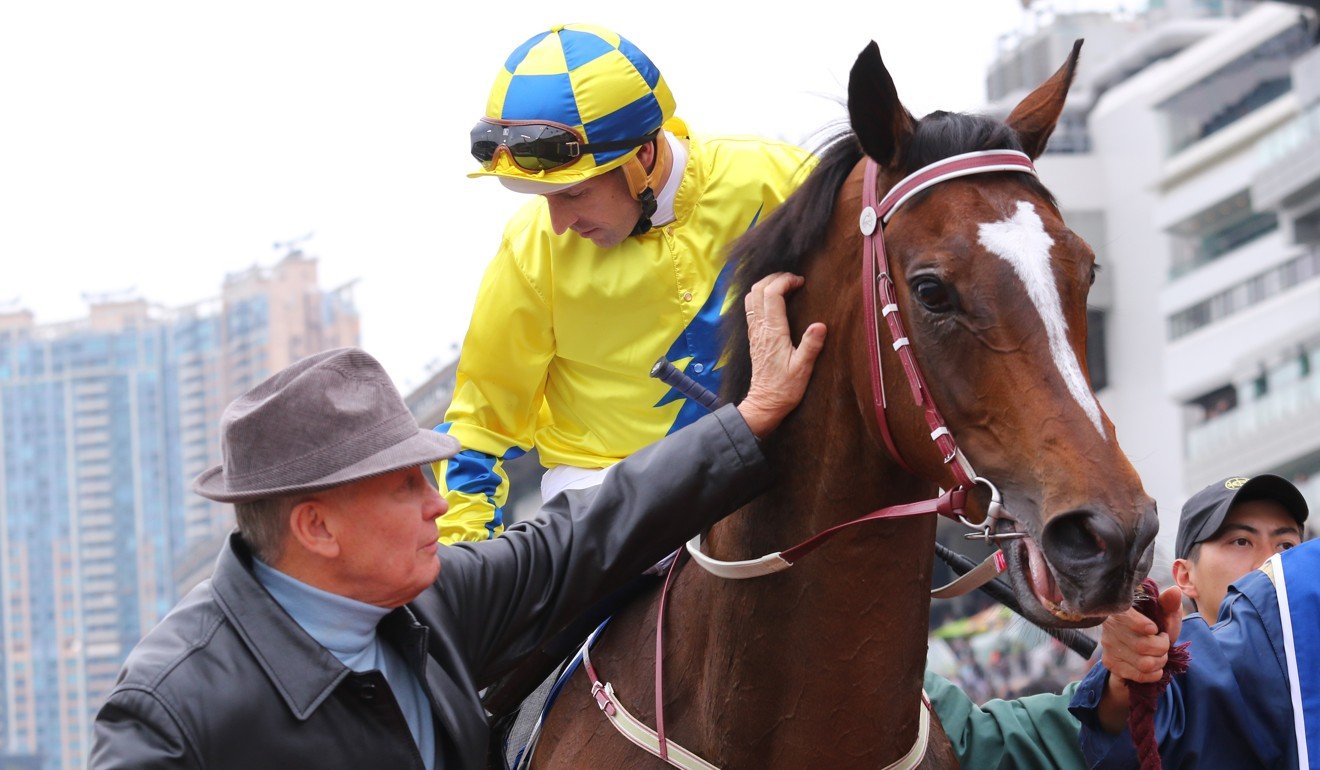 “I have one of the world’s best jockeys coming out on the weekend, who has already ridden a Derby winner for me,” Moore said.

“He is very positive, he said ‘John, we’re going to win another Derby’ and I said ‘well I like that positivity, Hugh’,” he laughed.

Enjoying enters the four-year-old series on the back of two luckless runs in Class Two company under jockey Silvestre de Sousa.

While the Brazilian had previously indicated he would be keen to fly back to ride the Australian import, connections opted for Bowman instead.

Moore said he experimented with changing his running pattern after arriving in Hong Kong from Ciaron Maher’s stable but had reverted back to his run-on style recently.

FLASHBACK: Werther raced clear for a big win in the 2016 #QEIICup under @HugeBowman. He was the most recent winner of the Derby-QEII double, a feat that Ping Hai Star will look to match on Sunday #HKChampionsDay #HKRacing pic.twitter.com/ByIMO822kQ

“We took a bit of time to come to grips with how he should be ridden because we watched how he raced back in Melbourne,” Moore said.

“We were of the opinion that we may be able to ride him a bit closer, which we did in the beginning but it proved fruitless and he wasn’t hitting the line so when we got De Sousa to take him back like he was in Australia, he did hit the line strongly.”

It proved to be a horror watch for Moore and anyone who backed Enjoying last start with the $6 chance continually running into traffic in the straight.

With four runs under his belt now, Moore remains wary of his rating, saying he did not want it to drop below his current mark of 86 so he could ensure a run in the Derby next month.

“His past two runs he has run into dead ends so he has been disappointing in that but there was still plenty of horse left,” he said. 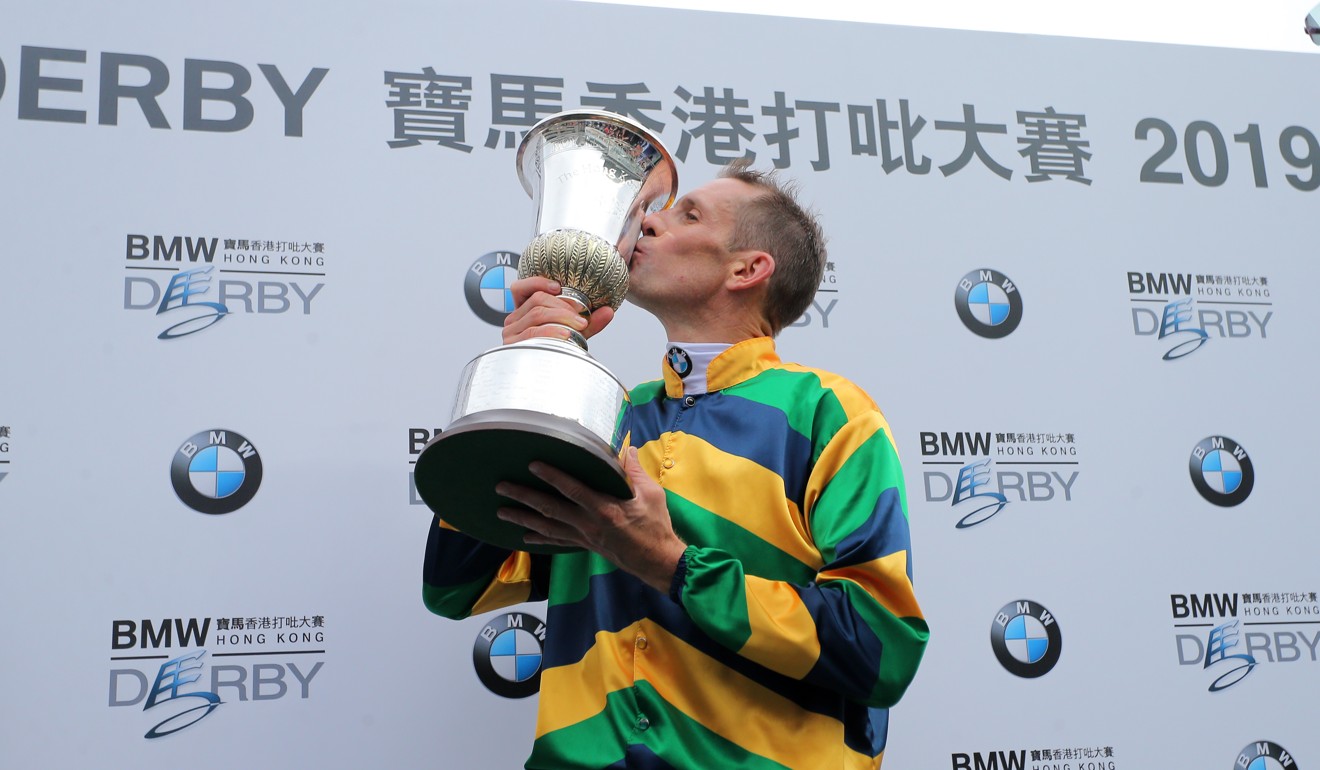 “We’re going into the [Classic Cup] full of confidence, I am pretty sure Hugh can get the job done in the sense of making sure we keep those rating points on the board.

“He is 86 now, we don’t want to lose any more, we want to make sure we are in the race because I believe the further we go, the better he goes.

“As long as we can finish in the money on the weekend, we are going in the right direction.”

Enjoying represents half of Moore’s representation in the race with the 69-year-old also saddling up Savvy Nine.

The former William Haggas-trained galloper sprang to life at Happy Valley last month with a flashy second but failed to back it up at Sha Tin last start where he ran a disappointing eighth.

In-form Frenchman Alexis Badel has been booked to ride and the pair will jump from barrier nine.