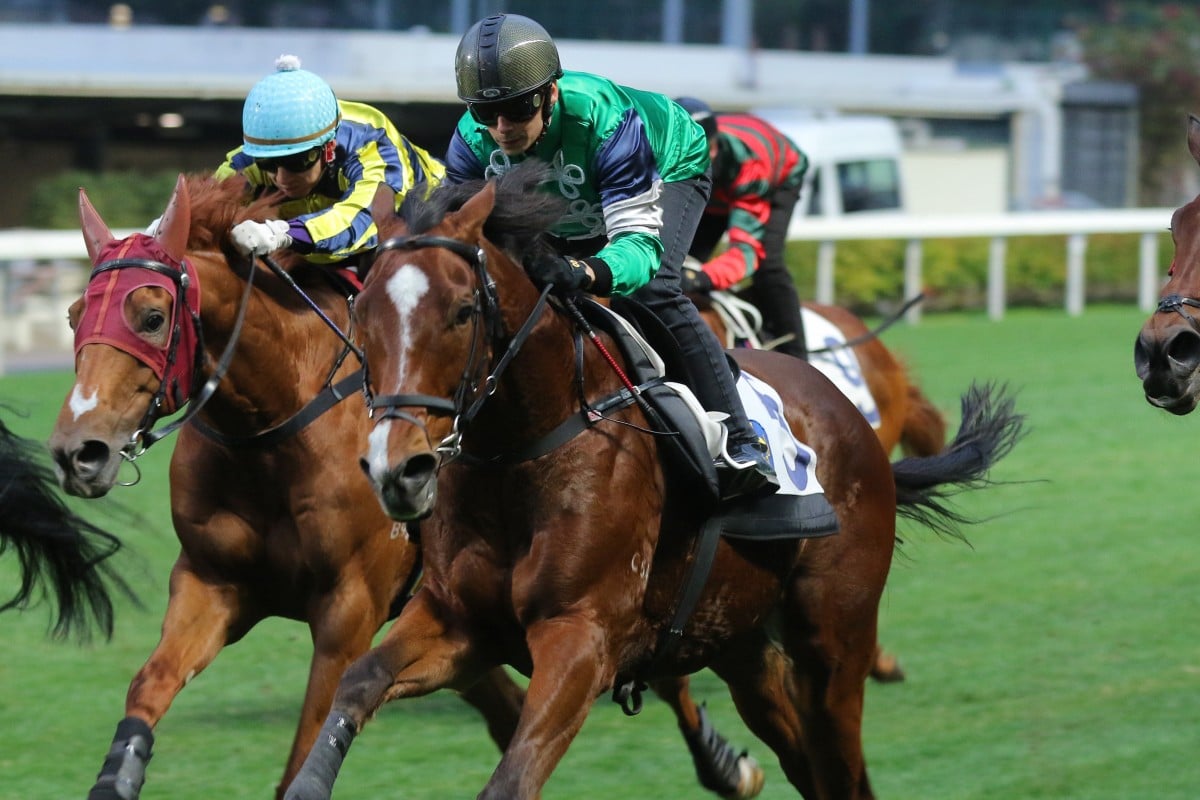 Championship-leading trainer Ricky Yiu Poon-fai has taken all before him this season, but is now looking at kicking clear in his battle with Francis Lui Kin-wai thanks to some help from stable transfers.

Yiu will saddle up the highly touted Italian import Glorious Spectrum for the first time this term as the five-year-old looks to overcome a bleeding attack.

Glorious Spectrum races in the Class Two Cheung Shan Handicap (1,400m) in what will be his first start since being transferred from Frankie Lor Fu-chuen’s yard.

Glorious Spectrum arrived in Hong Kong as a three-time Listed winner, formerly trained by Alduino Botti, and made his presence felt at Class Two level in five starts under Lor. 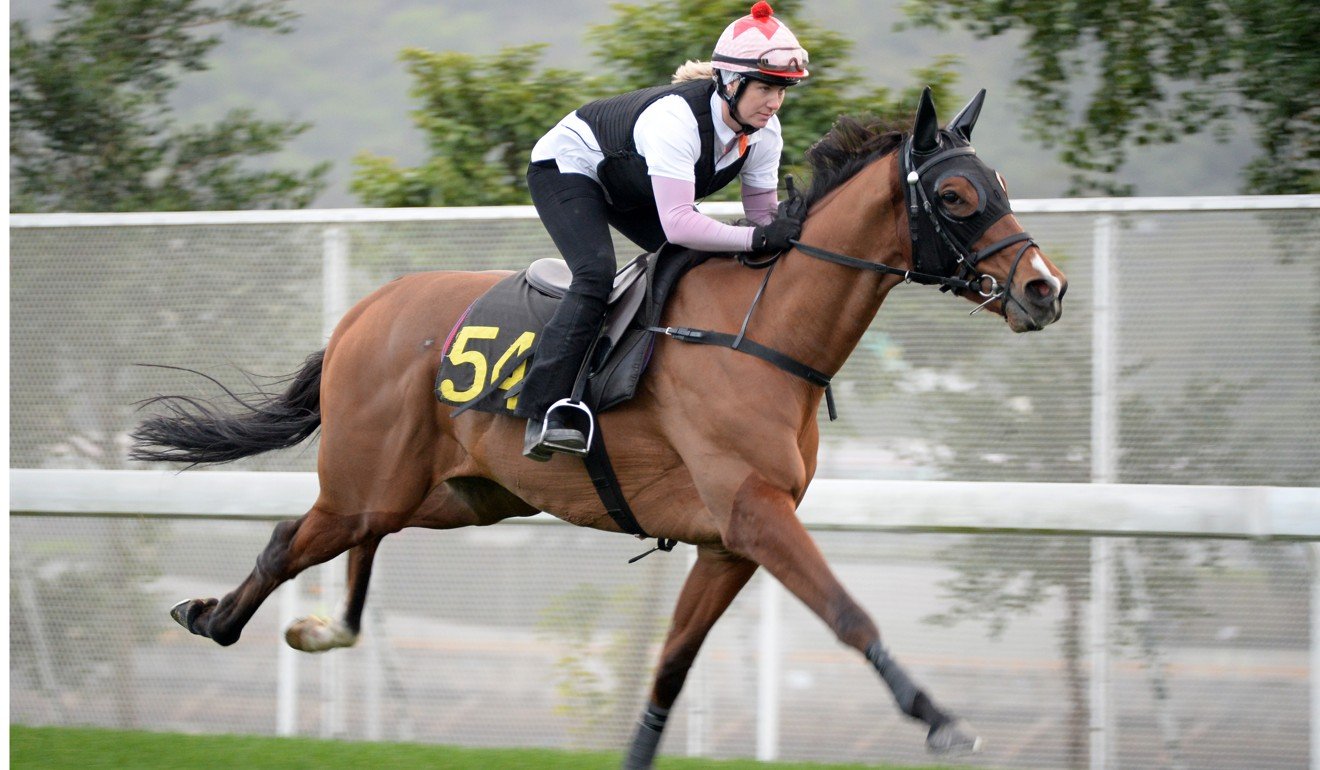 “He is a very nice horse,” Yiu said. “He came to me after he bled earlier this year, he has trialled well.”

After bleeding from both nostrils following a barrier trial in September, Glorious Spectrum was transferred to Yiu’s stable.

With a several months’ rest and a stint at Conghua under his belt, the son of Helmet has impressed in two trials under jockey Alexis Badel.

Even with the strong hit-outs, Yiu remains cautious, saying the 87-rater is not totally in the clear yet.

“After his last trial, we scoped him and there is still a little bit of blood in there,” he said. “Hopefully he can put that behind him.”

The 817th and final race... and it's a belter! Fast Most Furious roars home under Vincent Ho for David Hall. ️ #HKracing pic.twitter.com/TTSO28YTJC

Yiu takes a nine-strong army to Sha Tin as the veteran guns for his first trainers’ title.

While he has just a one-win buffer on Lui, the pair is currently well clear of the chasing pack with Tony Cruz the next closest on 30 wins.

Ridden by Neil Callan, Glorious Spectrum returns in one of the most fiercely contested Class Two races of the season with the likes of Decrypt, Super Wealthy, Super Star, Assimilate, Lobo’s Legend and Mongolian King all included.

After bombing out of last month’s four-year-old series opener, the Classic Mile, Decrypt returns to handicap conditions under Zac Purton.

The four-year-old was touted as a strong Derby prospect after running third in the Group One Irish 2,000 Guineas last year but has been unable to see out further than a mile.

Returning to 1,400m on Sunday, Decrypt looks set to be a serious threat after turning in an eye-catching barrier trial on the all-weather surface last week. 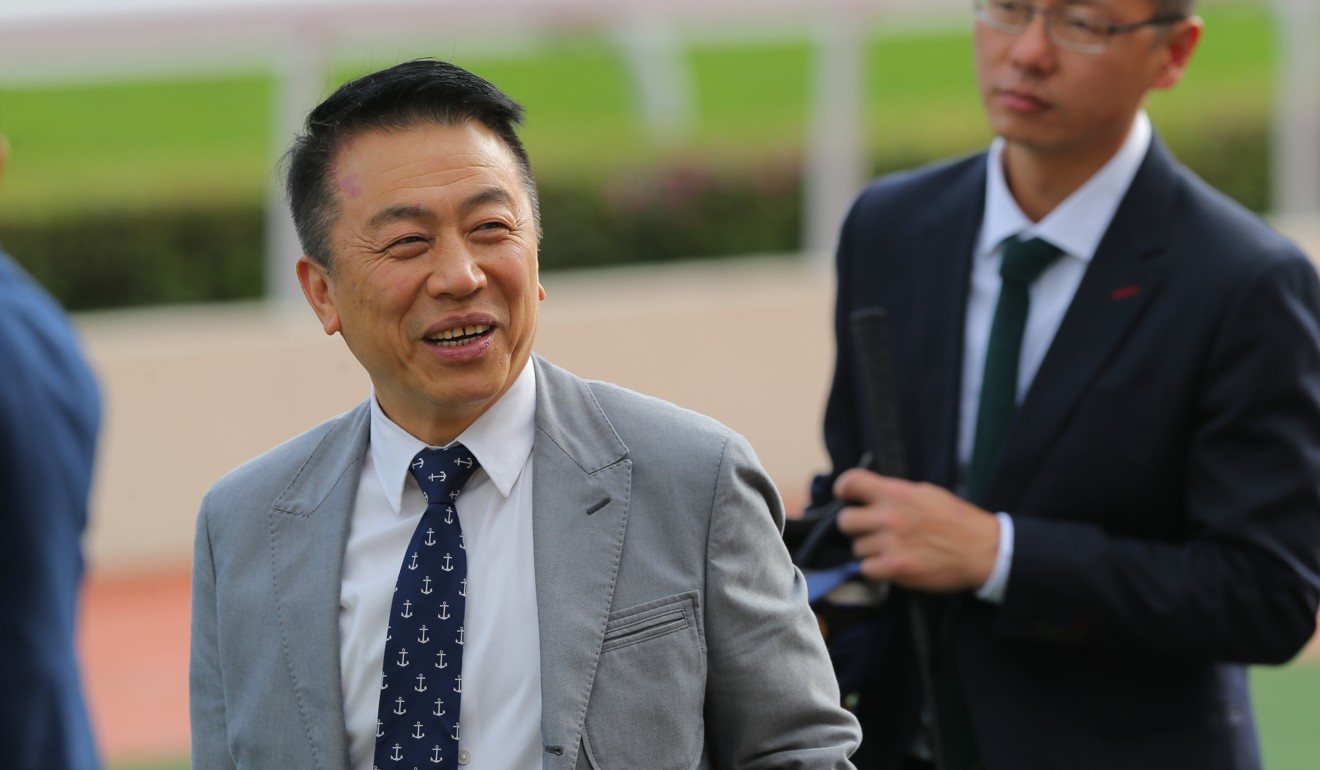 Rated 93, Decrypt will carry six pounds more than any other contender thanks to a glut of horses rated between 87 and 81.

Douglas Whyte will saddle up the precocious Super Wealthy in what will be his first time in Class Two as he looks to build on his record of two wins from three starts.

The Australian import will be ridden by Badel, who will takes part his last Hong Kong race meeting for the season as he prepares to move back to Europe.

First Look
Matthew Chadwick and Tony Cruz wind back the clock: ‘hopefully we can reignite the flame’