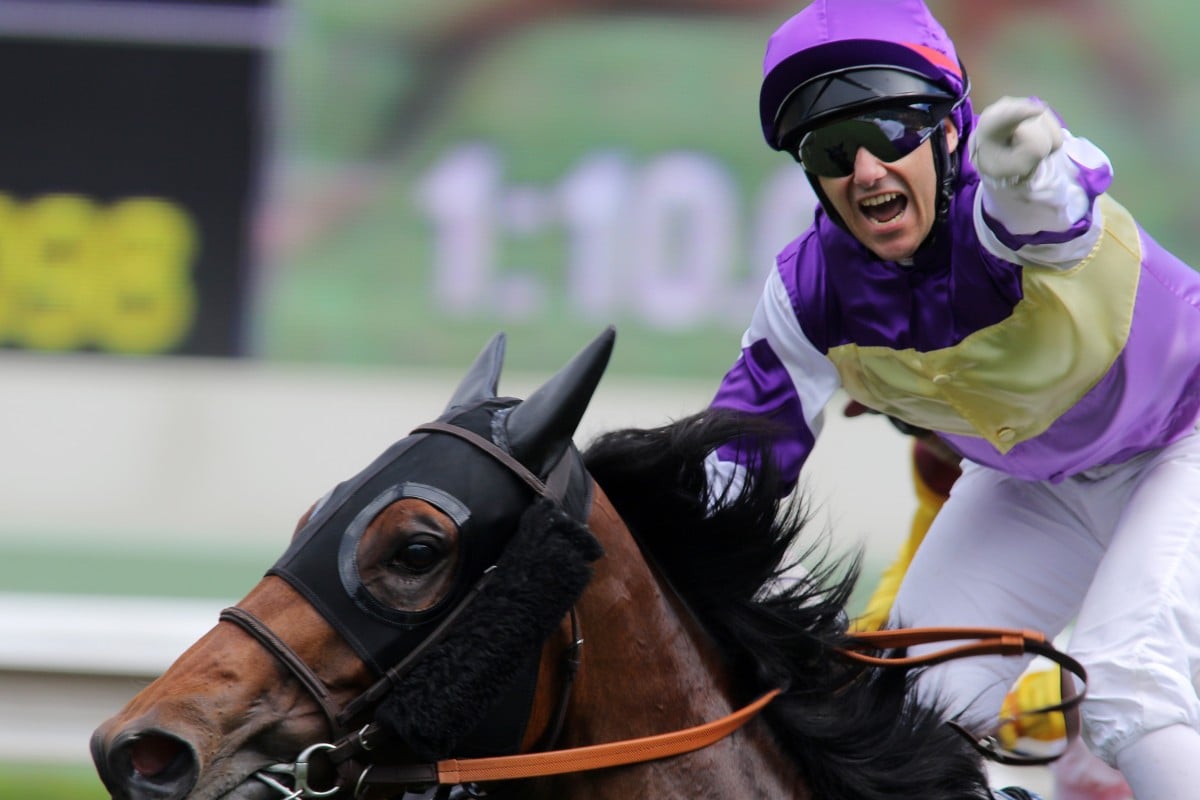 Brett Prebble rides a winner at Sha Tin in May 2018. Photos: Kenneth Chan

Australian jockey Brett Prebble will return to Hong Kong to ride the Tony Cruz-trained Private Secretary in the Derby later this month.

The 42-year-old will be one of just three international jockeys to ride in the HK$20 million showcase event with the coronavirus making it difficult to lock down overseas riders. 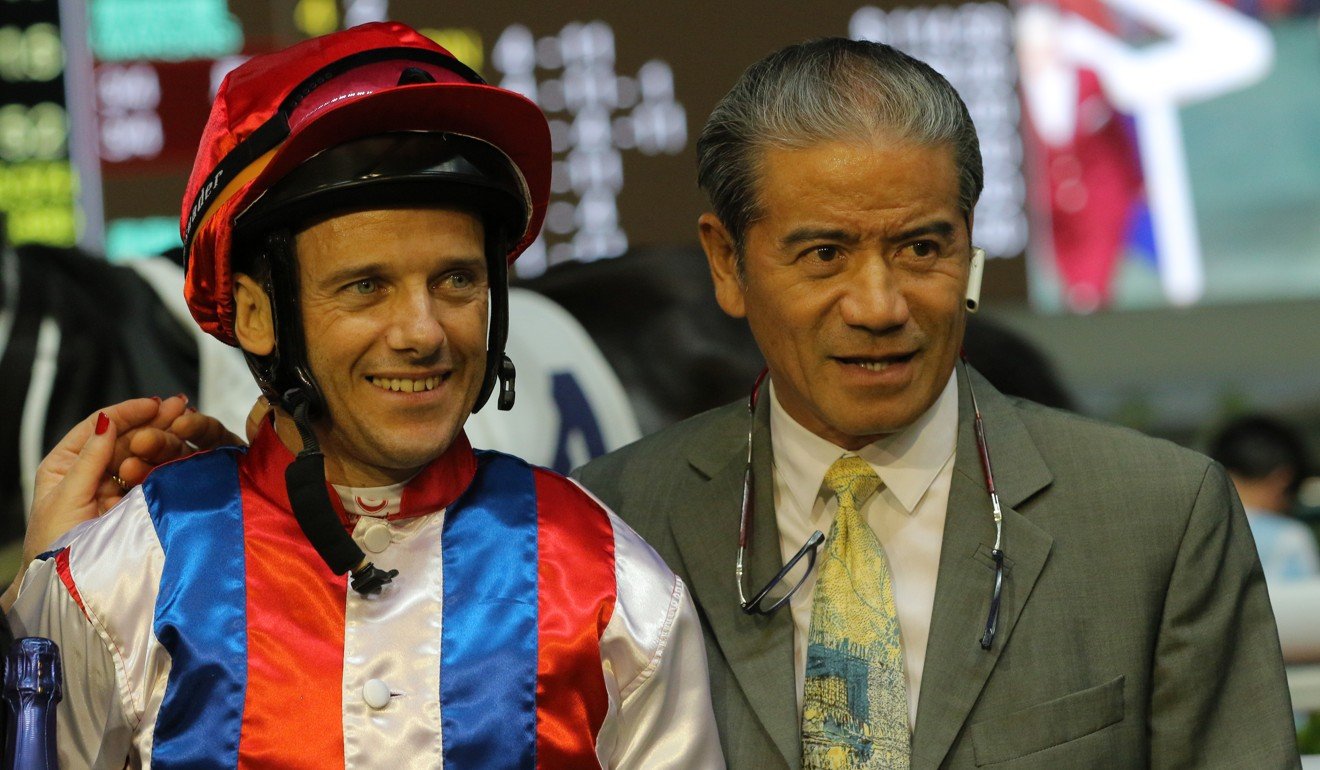 Cruz was thrilled to secure Prebble’s services for Private Secretary, saying he was keen to continue his long association with him.

“Brett is one of my favourite jockeys that has ridden here,” he said. “He has won many times for me, including in Japan with Bullish Luck – we won a lot of big races together.

“With everything that is going on at the moment with the virus, it is hard to get the European guys to come over and race for the Derby.

“There is too much uncertainty so we had to look to somewhere like Australia and Brett was one of the first that popped up. I think he is an appropriate jockey for this race.” 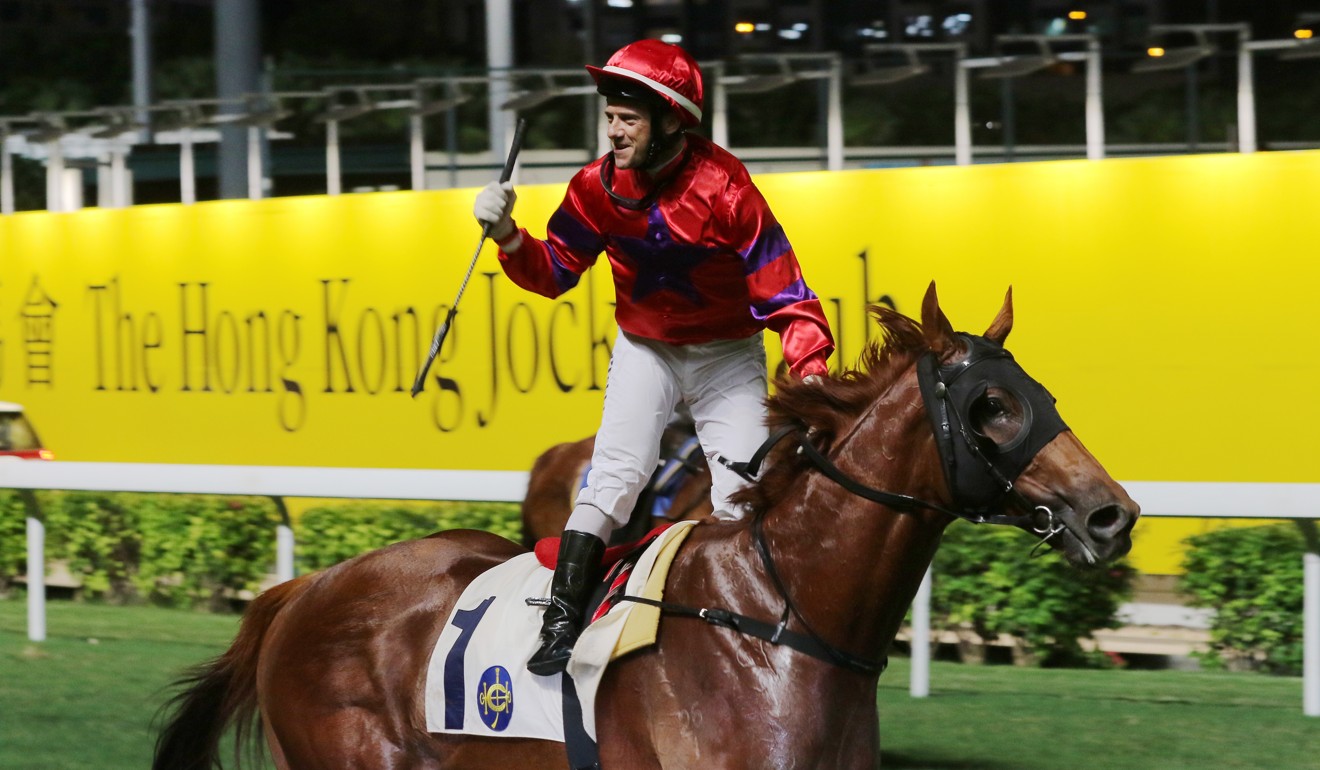 “This Jockey Club has approved of it so it will be good to have him back, I have him on at least three of my horses on the day as well,” he said.

Private Secretary announced himself in Hong Kong with a dominant first-up victory in Class Two in December but has since failed to make an impression, finishing 10th in Class Two and second last in last month’s Classic Cup.

Prebble won the Derby aboard the Paul O’Sullivan-trained Vital King in 2007 when he rolled $1.5 favourite Floral Pegasus in the shadows of the post.

Second time around [Almond Eye has been entered in Hong Kong]. Will the wonder mare finally grace the Sha Tin turf? – @zpurton

Japanese trainer Sakae Kunieda confirmed that his superstar mare will be nominated for both the Champion’s Mile (1,600m) and QE II Cup (2,000m) next month to keep her options open.

The five-year-old was set to make the trip for the Hong Kong International Races in December, but was a last-minute withdrawal after suffering a fever before she was meant to jump on a plane.

Almond Eye is set to defend her Dubai Turf crown at Meydan on World Cup night later this month before the trainer makes a decision about whether to come to Hong Kong or not.

Her presence would be a big boost to the Champions Day meeting given the global uncertainty in this coronavirus-crazed environment, but it would have to be considered more unlikely than likely given how long it took her to get over her run in Dubai last year.

Hopefully that is not the case and we can finally see her in Hong Kong.

After missing from [12] meetings, Ben So Tik-hung finally got some support and secured three rides on Saturday – @ChareneWoo

The disappearance of So slipped under the radar for many – no jockey at Sha Tin would have a smaller profile – but the 33-year-old finally makes his return to racing this weekend.

While he doesn’t get many chances – So has one win and 10 placings from 162 rides this term – his absence was seemingly self-inflicted as he was still riding work and at the trials, but opted not to accept rides on race day.

However, after a meeting with chief steward Kim Kelly on Monday to examine the situation, So appears to have had a change of heart and will partner Dr Lucky Star, Travel First and Money Back on Saturday. 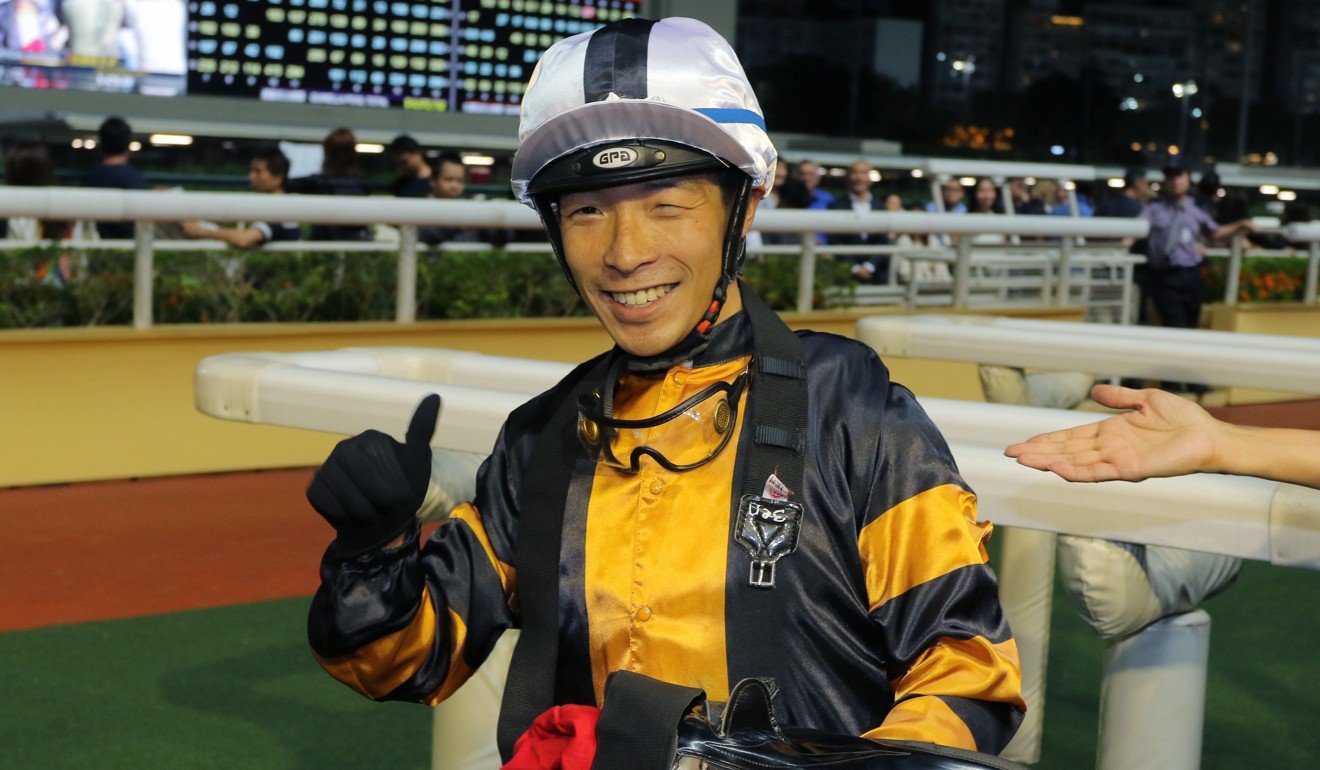 It is no secret that this will be So’s last season in the saddle before he focuses on a career in training and the assumption is that he was given the option to either make himself available for rides or hand in his licence.

Given how thin the riding ranks are at present, it’s good to see him back in action.