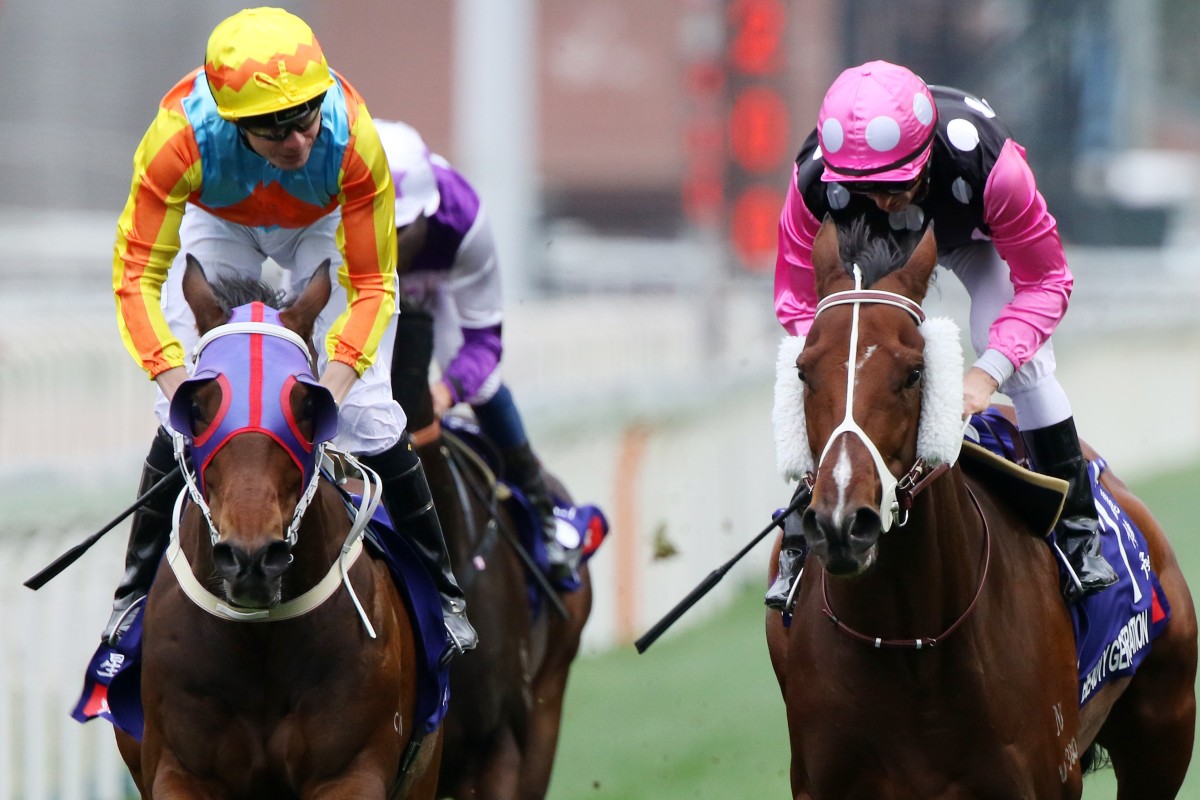 After being a thorn in his side all season, star jockey Zac Purton is jumping the fence to join forces with Ka Ying Star.

Tony Cruz’s five-year-old has clashed with Beauty Generation in six of his seven starts this term, making life more difficult for the two-time Horse of the Year by taking up his typical front-running role and not allowing him to dictate.

That friction has frustrated Purton previously given his long association with Beauty Generation, but with the champ not running the tables have turned and the Australian will be trying to get the best out of Ka Ying Star in the Class One Lung Cheung Handicap (1,600m).

The irony of the situation was not lost on Purton. 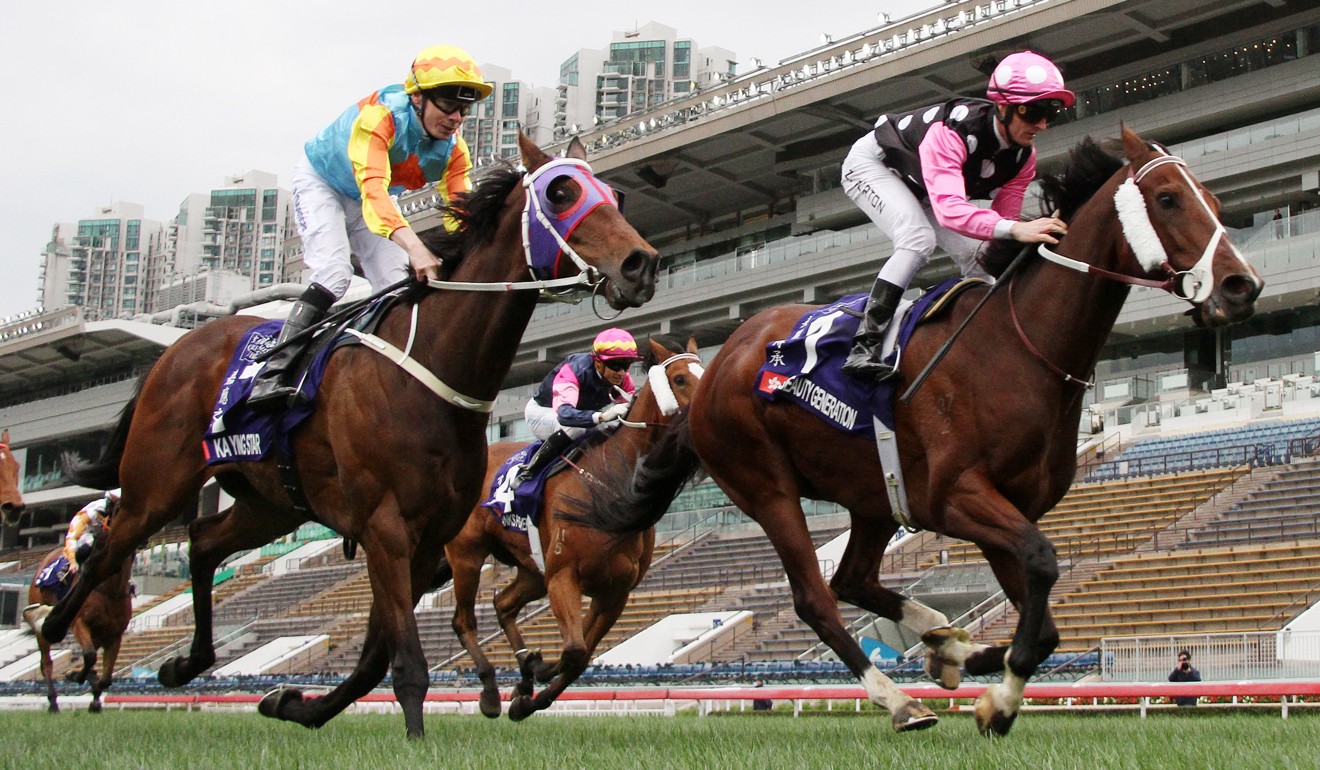 “At least I get to have a feel of him and I will know more about the horse after the race,” he said. “I had to ride something, didn’t I?”

Ka Ying Star has performed well without winning, placing at Group One level in his past two starts and finishing second to Beauty Generation in the Queen’s Silver Jubilee Cup (1,400m) last time out.

That form is superior to any of his rivals on Saturday, but it also means he is giving at least nine pounds to all of them.

“It is never easy [carrying top weight] but I thought his last effort was really, really good,” Purton said.

“I will see what type of run we will get in the race, I am sure he will run well, he trialled good with me recently so I am looking forward to riding him.” 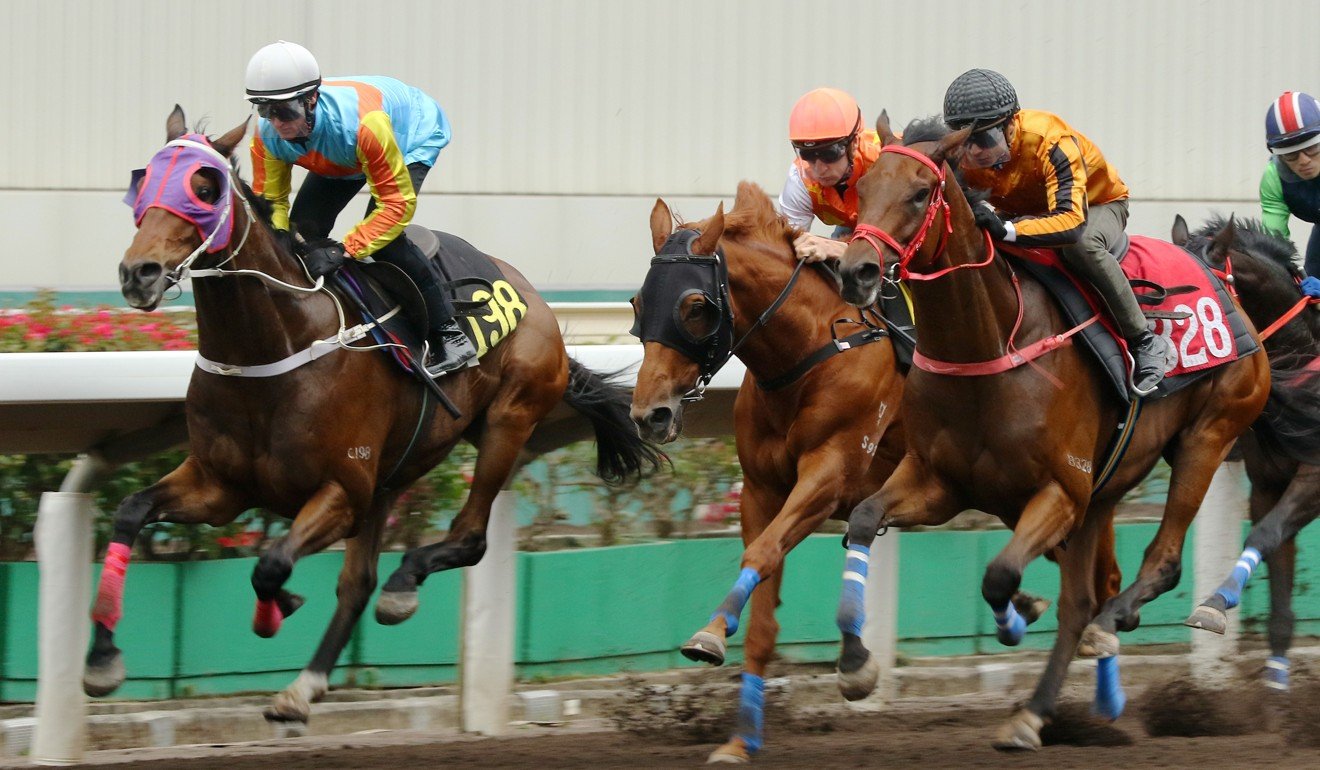 And is it a lock that he will be leading with fellow front-runner Encouraging, who will be ridden by apprentice Alfred Chan Ka-hei, in the race?

“I will do whatever Tony tells me to do,” the jockey said.

The five-year-old has strung together four wins from his past five starts and graduates to Class One company for the first time and will carry just 115 pounds with Vincent Ho Chak-yiu on his back.

“[The light weight] will be a benefit for him, he is a small type of horse [1,010 pounds] so the light weight helps him a lot,” Yiu said. “Big weight, over 120 pounds or even heavier, he could suffer from that.

“He has been tremendous but he will run good again, he hasn’t run a bad race this season.

“He had nine starts last season and did nothing but as you know, these European horses, they need about 12 months to acclimatise so he has turned into a very consistent horse. Don’t worry about him, he will run another good race.

“He takes all his races very easily, he has a fair bit of improvement in him.”

While they are rivals in the feature, Purton and Yiu will team up in the last event with the promising Mighty Giant.

The four-year-old has two wins and two seconds from his past four starts and has drawn perfectly in three for the Class Three Sheung Hei Handicap (1,400m).

“I was impressed [with his last win], he did it the hard way, he drew a wide gate, he did plenty of work to get there and also through the mid stages and he was strong in the last 200m so it was a good effort,” Purton said.

“I will get him out of the gates as well as I can, be positive early and if he is in front, he’s in front. But if something else goes too hard he has shown before that he can take a sit, he isn’t in any great need to have a fixed position in mind.

“I think he showed last time that he is an improving horse … there is no reason he can’t handle the rise in class.”