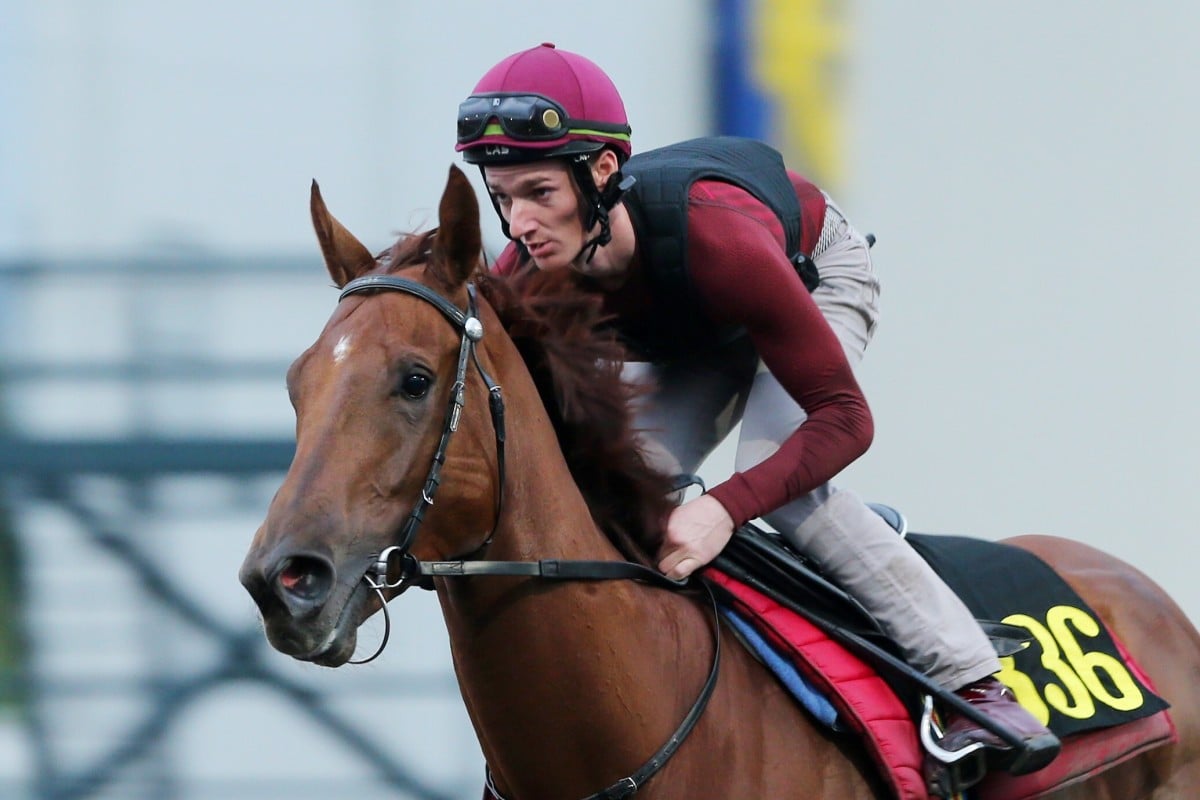 Zac Purton believes Aethero’s last-start flop may prove a blessing in disguise with the prodigious speedster forced to go back to the trials ahead of next week’s Group One Chairman’s Sprint Prize (1,200m).

He was a dominant trial winner at Sha Tin on Friday, with the three-year-old jumping cleanly and bolting in against other likely opponents in Hot King Prawn, Full Of Beauty and D B Pin.

It comes on the back of his last placing in the Group Two Sprint Cup (1,200m) earlier this month where he stood in the gates and raced greenly behind horses.

“He went better, he stood in the gates quite nicely,” Purton said.

Aethero (@zpurton) cruises home with Hot King Prawn (@cavaleiro83) and D B Pin (@neilcallan78) behind him.

“He bounced out this time which was good but he didn’t show the ping or the great gate speed that we are used to seeing him show when he is on song, but it was a big improvement on what he did last time.

“For me, he is such a laid-back horse that he forgets what he is supposed to be doing, it just takes him a little bit for that switch to flick again and when it does, we are going.”

After becoming somewhat of a barrier rogue early in his career, Purton said he was wary of firing the potential superstar up too much pre-race in the fear he could return to his bad habits.

“I don’t want to fire him up in the gates because he was such a handful in the gates early on. He used to try to sit down, then rare up a bit then get down on the side of the gate, so I don’t want to wind him up. I want him to feel like he is comfortable and happy in there,” he said.

With Hong Kong’s champion sprinter Beat The Clock out of the race, the door has opened for the likes of Aethero and Hot King Prawn to grab their maiden Group One.

Purton believes if his charge can improve again from Friday’s trial, he will be in the mix.

“He showed signs again this morning that he has taken a step and if he can take a step again next week, he will be there,” he said.

“He has improved, I think it will work out to be a good thing having this extra trial, he has improved off his last run and if he can improve again, we have got a chance.”

Waikuku was also forced to go back to the trials to prove his fitness for the Group One Champions Mile after fading badly in the Group Two Chairman’s Trophy (1,600m) as a $1.70 favourite. 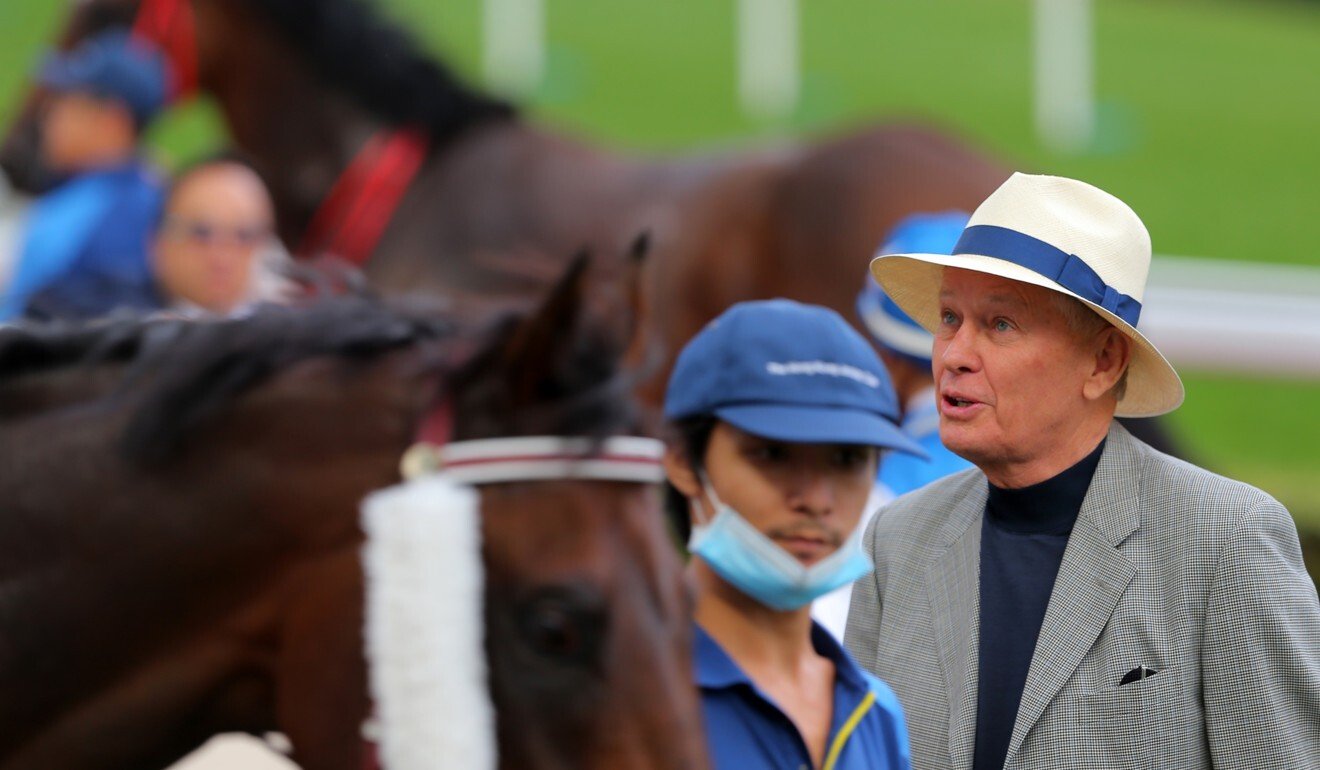 The John Size-trained galloper had announced himself as the heir to Beauty Generation’s throne by consistently beating the champion galloper this season but had his colours lowered by the poor showing.

“I haven’t put my finger on what happened,” Size said. “He had those two runs, one on international day and then in the Stewards’ Cup, they were very good efforts from him and they might have knocked him around.”

Waikuku hit the line strongly on Friday, indicating he had found form at the right time.

“He seemed to trial all right, as long as he is OK at home, I will run him [in the Champions Mile],” Size said.