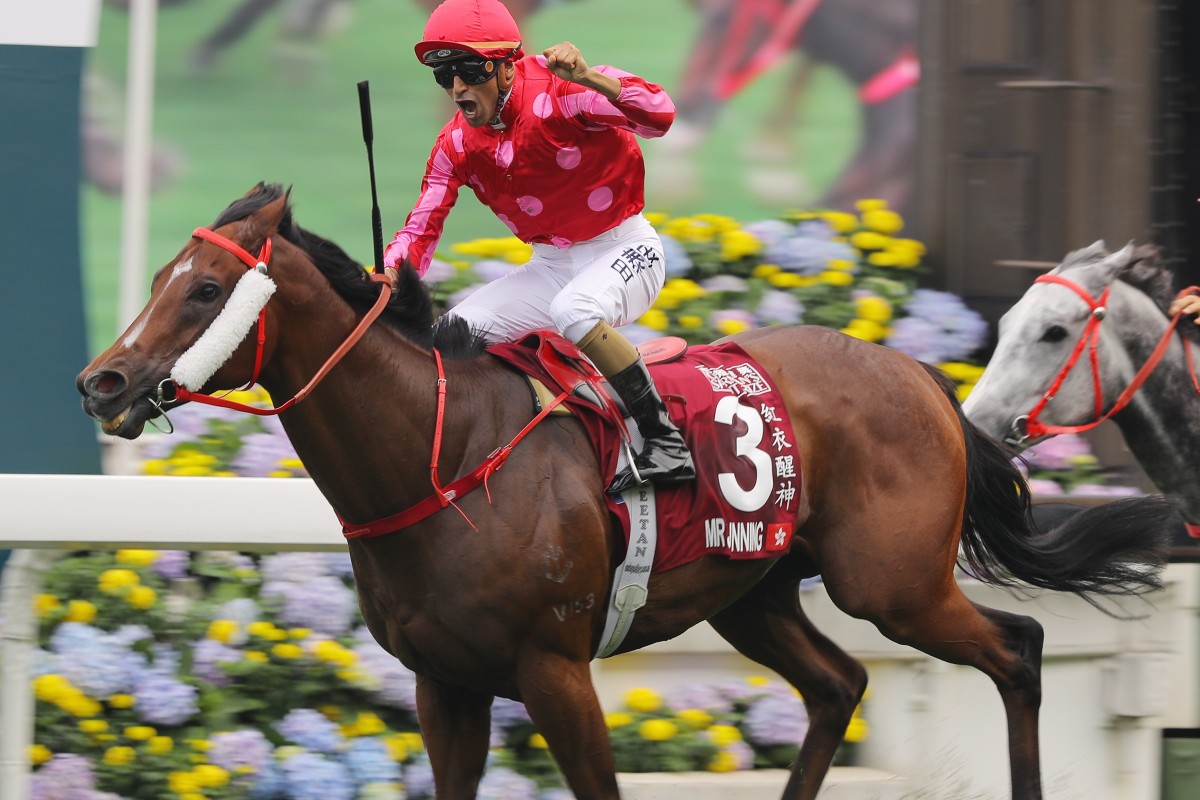 Mr Stunning has turned back the clock to deliver Karis Teetan and Frankie Lor Fu-chuen a breathtaking victory in the Group One Chairman’s Sprint Prize at Sha Tin.

The seven-year-old, seemingly in the twilight of his career, upstaged more fancied rivals Hot King Prawn ($3) and Aethero ($2) who was pulled up after bleeding badly from both nostrils during the race.

Teetan, who was famously unseated from Mr Stunning just months after winning the 2018 Hong Kong Sprint, compared the relationship to a troubled marriage after finding himself back on the horse on Sunday.

“We broke up and then she moved out of the house but now we are married so we are fine,” he laughed.

“In Hong Kong, it is hard to keep a good horse, that is it. This horse has been up and down, I have always tried to keep riding him and to be fair I have always stuck with him.

“I could feel he was not done yet, there is still something there, after the last run he showed there was life. 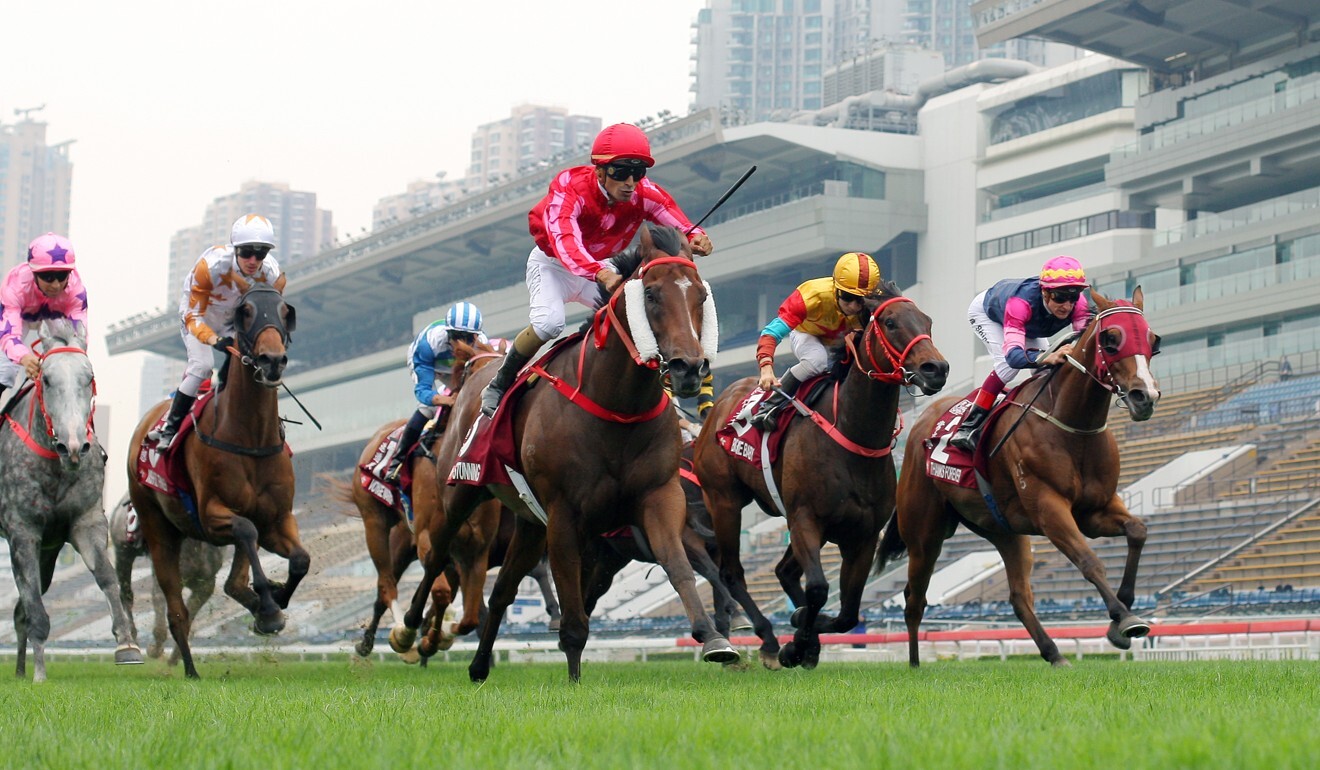 “I was so disappointed to lose that ride … I stuck with him because I knew he was the right horse to be on.

“After I was taken off him but, even after all my time in Hong Kong, it made me stronger, it made me tougher and now this shows me that anything can happen at anytime, you don’t know what’s going to happen tomorrow.”

The win marks Teetan’s second international Group One and Lor’s third after the pair combined for their maiden top-level victories with the horse at the Hong Kong International Races.

After jumping well from a wide barrier, Teetan settled Mr Stunning midfield before surging inside horses in the straight.

For a fleeting moment it seemed Big Time Baby (Matthew Chadwick) and Thanks Forever (Blake Shinn) would fight it out in the finish before Mr Stunning let down with a devastating burst.

“He got away smartly and we worked to get into a handy position, I found myself in there and once I got in behind horses he dropped the bit and travelled,” Teetan said.

“I was tracking horses that were decent enough to take me into the race so I was waiting for the gap to open and I knew this horse’s heart is as big as any of them so he would let down. As soon as he go the run, he went for it.”

For Lor, it marks a remarkable training effort, making Mr Stunning just the fourth horse aged seven or older to win the race since 1985.

It is also his first win since the Hong Kong Sprint in December 2018, making him a three-time Group One winner.

“For me he will always be a special horse, even though he is getting old,” he said. “Last season he had a few problems but now everything is good. I didn’t think he could win but sometimes when the horse is fit, anything can happen.”

Lor, who picked up the horse from his former boss John Size at the start of the 2018-19 season, had previously indicated that retirement loomed for his sprint star at the end of this campaign but concedes those plans could be put on ice. 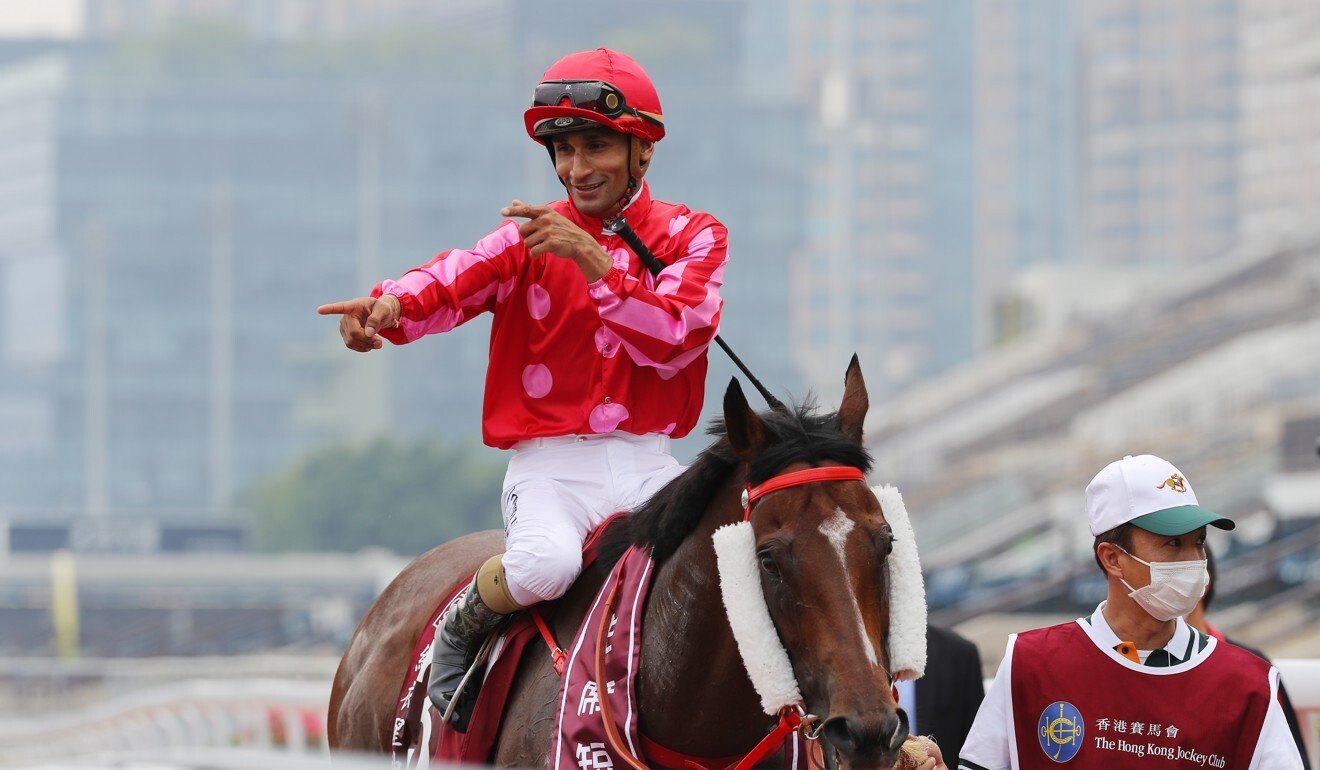 “We had planned that this was maybe his last run but now I need to speak to the owner about what we do,” he said.

It marks a remarkable season for the Manfred Man Ka-leung-trained Big Time Baby who has turned from a Class Two horse to Group One placegetter.

The six-year-old was only a late entry into the race after he travelled to Dubai in March to contest the Group One Dubai Golden Shaheen (1,200m) before it was called off days later due to Covid-19.