The Brazilian jockey snares his first double in the jurisdiction, punching Touch Of Luck and Gallant Legacy to victory 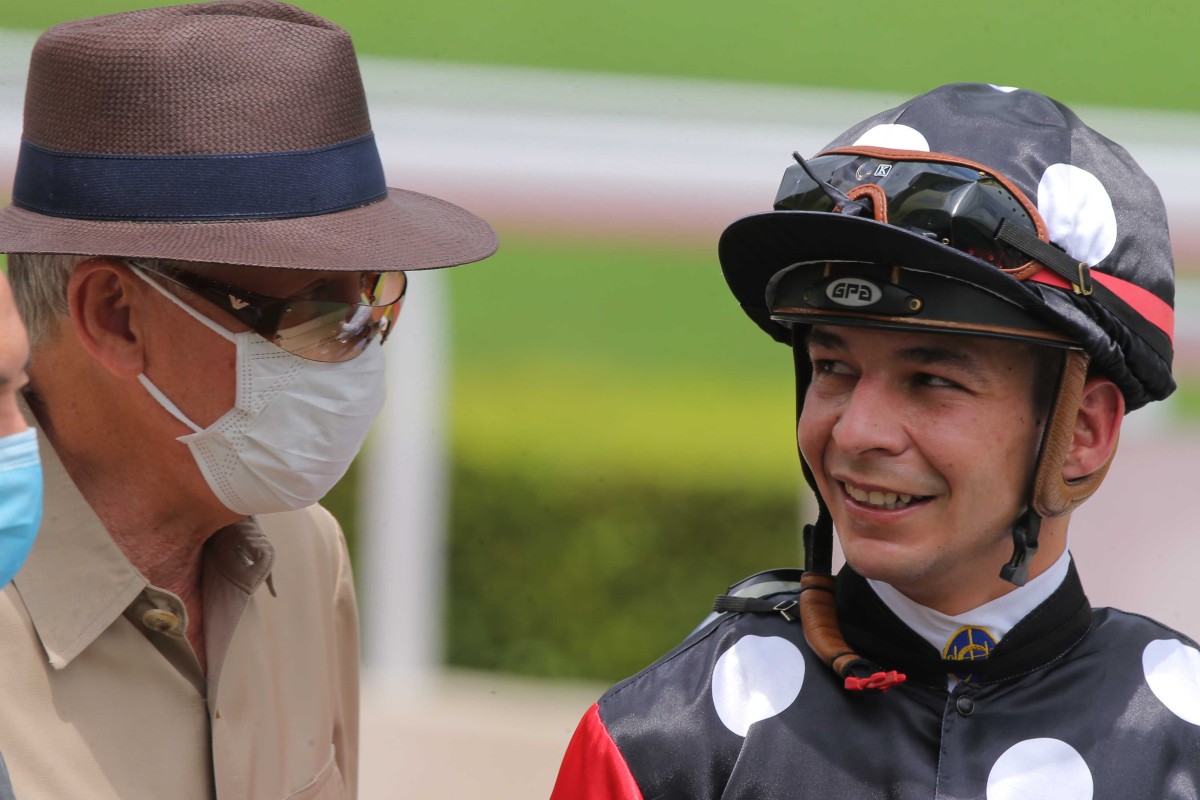 It’s an unlikely partnership that has developed in recent weeks and John Moore and Vagner Borges improved their record to three winners from just 12 runners at Sha Tin on Saturday.

Touch Of Luck’s win in the Class Three Jasper Handicap (1,650m) on the dirt was the opening leg of Borges’ first Hong Kong double and he couldn’t have been happier to deliver for the jurisdiction’s most successful trainer.

“I’m very happy to have the support of John Moore, it’s great to be able to have success together,” Borges said.

Touch Of Luck got an ideal run in transit from gate one, tracking leader California Argent until Borges peeled his mount off the rail at the top of the straight and wore down the front-runner.

Borges completed his double in the very next race, piloting the Michael Chang Chun-wai-trained Gallant Legacy to victory in the Class Four Peridot Handicap (1,200m).

“It was a good day for me and I’m very happy with the support I’m getting in Hong Kong,” the jockey said.

Vagner Borges does it again!

And while the blossoming Borges-Moore relationship will be cut short when the master trainer is forced into retirement at season’s end, the Brazilian rider is determined to remain in Hong Kong for as long as he can.

“I’m looking forward to getting more winners and staying in Hong Kong as long as I can,” said Borges, who now has seven winners during his short-term stint, which began on March 14. “If the club want me to keep riding here, I wont go back to Brazil in the off-season.”

Half the races on the card were won by Brazilians – with Joao Moreira snaring a treble – and Borges said he still pinches himself about the fact that he’s riding alongside someone he grew up idolising.

The Brazilian ace brings up a treble as Hong Kong Win wears down his rivals. 3⃣ #HKracing pic.twitter.com/TUruLhi2PX

“When Joao was riding in Brazil I admired him and to be fortunate enough to be riding with him makes me very happy,” he said. “For me and Joao to be getting winners here together in Hong Kong is fantastic.”

Borges got a first-hand look at Moreira’s brilliance in the Class Two Amethyst Handicap (1,000m), partnering Moore’s Stronger to second behind his countryman aboard Hong Kong Win.

“He had a smooth run today, so circumstances just played his way. He’s a good horse and he’s still in the making,” Moreira said about the John Size-trained gelding, who has now won four times this season.

It's a race-to-race double for Joao Moreira (@cavaleiro83) as This One's For You sweeps to victory! #HKracing pic.twitter.com/4bdaMEDziI

Moreira also got the chocolates aboard the Caspar Fownes-trained Perfect To Play in the Class Four Sapphire Handicap (1,800m) and This One’s For You for Francis Lui Kin-wai in the Class Four Ruby Handicap (1,650m), closing the gap at the top of the jockeys’ premiership to one after Zac Purton went winless.

It wasn’t all roses for Moreira, however, with the Magic Man hit with a one meeting suspension and a HK$75,000 fine for his ride on This One’s For You, which he will serve on May 27.

Moore completed a double of his own in the day’s feature, with Buddies saluting in the Class One Amber Handicap (1,400m) to ring up the 70-year-old’s 44th victory for the season.