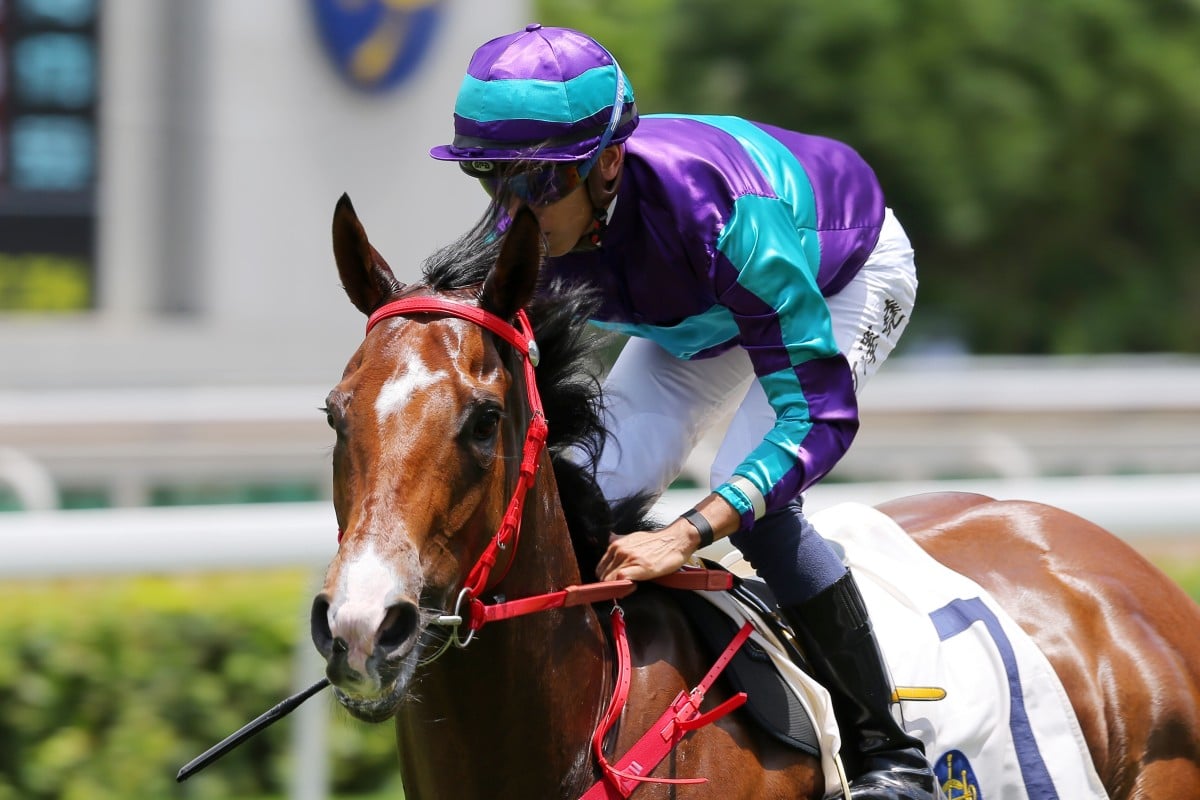 Winning Dreamer is eased down to win comfortably at Sha Tin on Sunday. Photos: Kenneth Chan

Frankie Lor Fu-chuen’s smart youngster Winning Dreamer lived up to his lofty expectations with an impressive debut victory at Sha Tin on Sunday, comfortably putting away well-performed rivals in the process.

The three-year-old was heavily backed into $2.40 favouritism and punters hardly had a nervous moment despite jumping from a tricky gate four in the Class Four Piper’s Hill Handicap (1,000m). 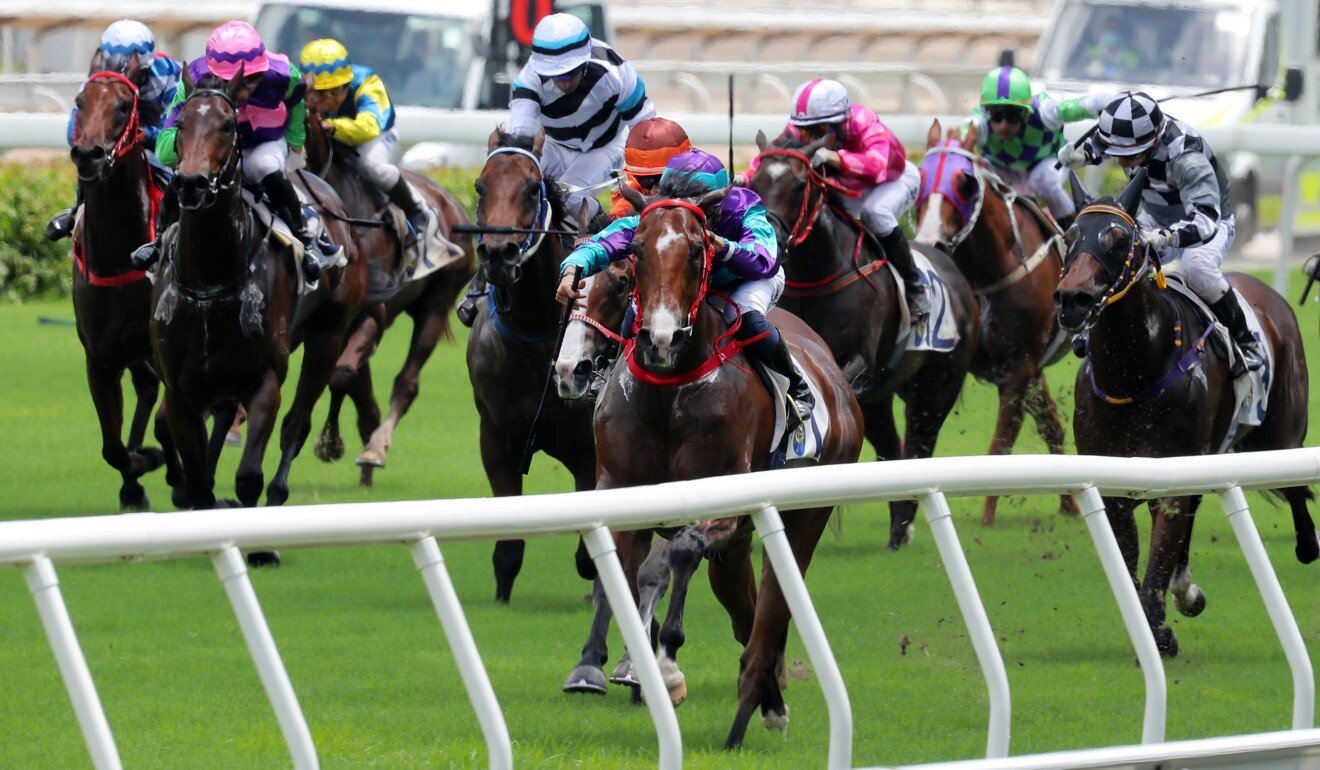 “He did it quite easily today, I am very happy with that and the way he is progressing,” Ho said.

“He trialled really well so I was quite confident going into it. He is young and still learning each time at the trials, he was quite nervous his first time there and then the second time he was calmer but you could tell there were still nerves there.

“The third trial was on the dirt and around the bend which he did really well, he actually relaxed but it’s good because it shows he was learning each time.”

Ho, who has enjoyed a career season by capturing all three legs of the four-year-old series along with his first Group One in the Champions Mile on Southern Legend, said he never had to ask any serious questions of Winning Dreamer during the contest.

“Actually I didn’t put that much pressure on him because I knew he was stretching out really nicely and doing it all himself,” he said.

“He is a nice horse I think, he should handle 1,200m fine if he relaxes like he did today. He has a bright future and hopefully he’ll be in Group races in time.”

Ho is all but certain to run fourth again in the jockeys’ championship, taking his total to 55, behind Karis Teetan on 74 and well ahead of Chad Schofield on 39.

The victory takes Lor to 36 winners, putting him well in the top half of trainers in Hong Kong after contending for the title in the previous two seasons. 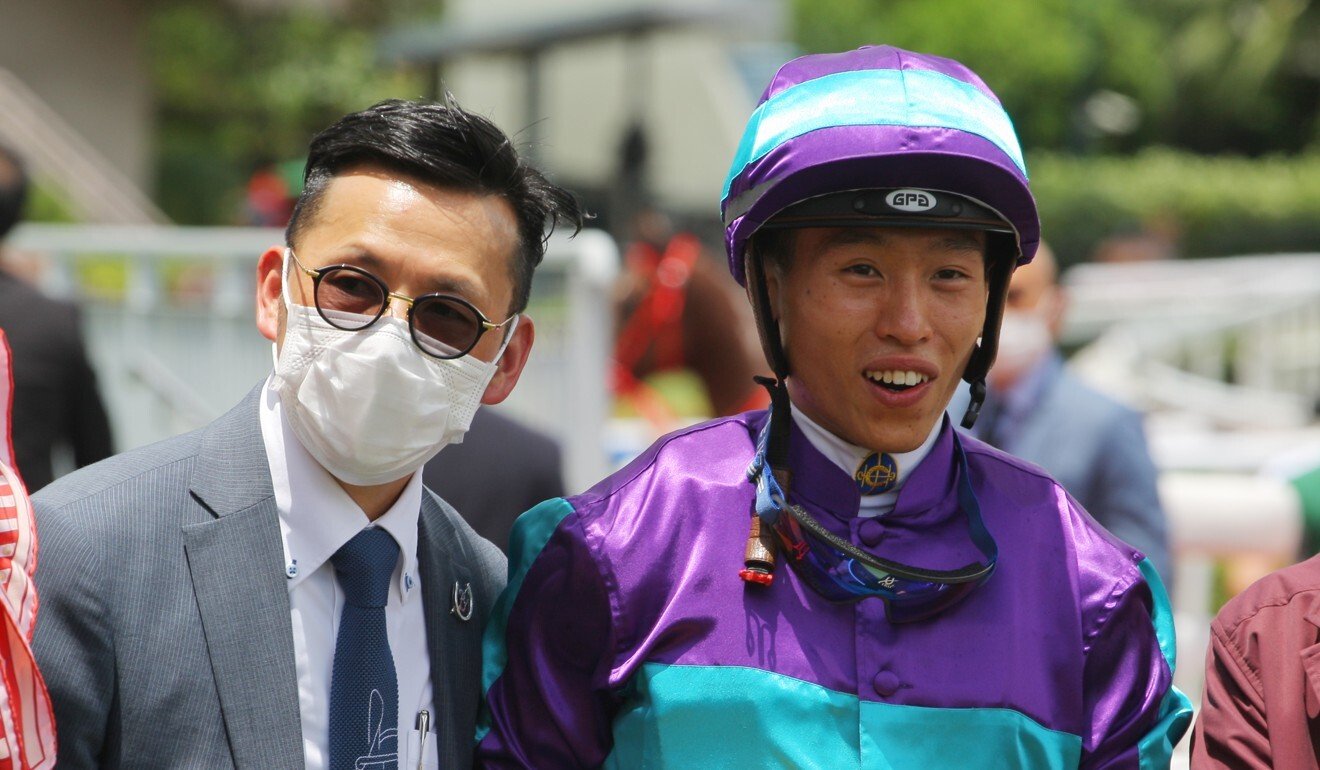 Lor finds himself close to Douglas Whyte (37 winners) and Caspar Fownes (39) while well clear of his next closest rival Jimmy Ting Koon-ho (31).

Lor said his young charge was likely to have one more start this season before returning as a four-year-old next term.

“He’s got quality but he’s still green and was laying in through the final stages, so I’d like to give him one more run before the end of the season,” he said.

Winning Dreamer is one of a host of talented three-year-old’s in Lor’s yard with the handler also stepping out the likes of Amor Star, True Legend, Chevalier Prince, Kinda Cool and Winning Brew recently.