Joao Moreira’s hopes of a fourth championship hit by suspension Joao Moreira (More Than Enough) pleaded guilty to a charge of careless riding … [he] was suspended from riding in races for the meeting to be conducted at Happy Valley on Wednesday, July 8 – Jockey Club stewards’ report

With the clock ticking towards the end of the season, Sunday’s ban certainly hurts the Magic Man’s hopes of claiming a fourth championship.

Of course he can still do it – he’s one of the best jockeys on the planet – but the suspension means his margin for error has been dramatically reduced.

With seven meetings to go, Moreira sits on 128 wins, four behind his arch-rival Zac Purton.

Given the Brazilian has only had five winners from the past six meetings (the Australian has six in the same period), he’s going to need to get a wriggle on to make up that deficit.

Now he will miss the card at the city track, leaving him with just 60 races (as things stand according to the schedule) to overhaul Purton.

It’s not impossible, but Moreira has a significant challenge in front of him.

The 36-year-old, who was also hit with a HK$75,000 fine, was not the only jockey to earn the wrath of stewards on Sunday.

Chad Schofield will miss the same meeting and copped a HK$50,000 fine for careless riding on Dr Proactive in the second event. 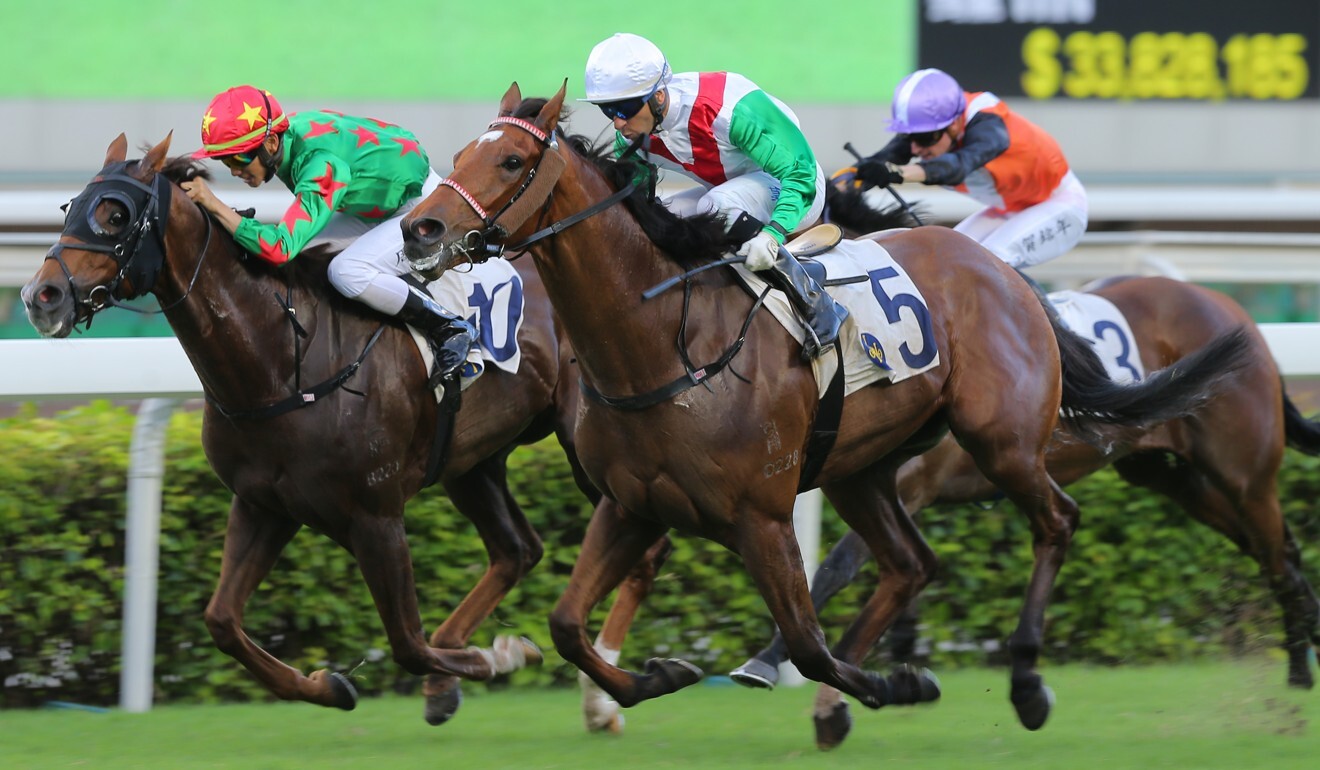 It was a double blow for the 26-year-old as not only was he handed a penalty, it was his last ride after being stood down because of dehydration.

It was a day of swings and roundabouts for apprentice Jerry Chau Chun-lok, who had a double but was also given a one-meeting ban and a HK$15,000 fine for his effort on Taking Aim in the 10th event.

Interestingly, he will also miss the Happy Valley card on July 8, but eagle-eyed readers will know that doesn’t quite add up given the 20-year-old hasn’t been given his ticket to ride at the city track just yet.

Chief steward Kim Kelly was quick to clarify the situation.

“He had previously been given approval to ride at the last two Happy Valley meetings of the season, but we were waiting until after Wednesday to make the announcement so there would be no confusion about when he was available,” Kelly said.

Chau is now in line to make his Happy Valley debut at the season finale on July 15.

Fellow apprentice Victor Wong Chun suffered a similar fate, suspended for the Sha Tin meeting on July 5 and fined HK$7,500 after causing interference on Stanley Park in the last race.

Royal Ascot made changes to field sizes and place dividends to ensure all the races complied with the World Pool this time around and they were rewarded with extra turnover, of which they receive a cut. It basically covers all the prize money handed out at the meeting.

The Jockey Club hosts the World Pool and chief executive Winfried Engelbrecht-Bresges is delighted with how it all went and hopes to expand further.

“Now I can see we are really getting momentum. The results are much better than expected,” he told the Post. “With the success now, I think even more jurisdictions will follow.

“We want to start more strategic discussions with Australia – a race like the Melbourne Cup would make sense.”

Hong Kong punters still make up about “70-75 per cent” of the overall pool but after a strong start, the numbers dipped a little on the last day, despite having an extra race.

“I think it was very much programme related,” Engelbrecht-Bresges said. “On Saturday, there was not enough depth. We will get all the data but I think it was field sizes. It was a very unusual Royal Ascot because of Covid-19.”