In the space of 100 minutes, the unlikely combination of Zac Purton and Francis Lui altered the dynamics of two championship races 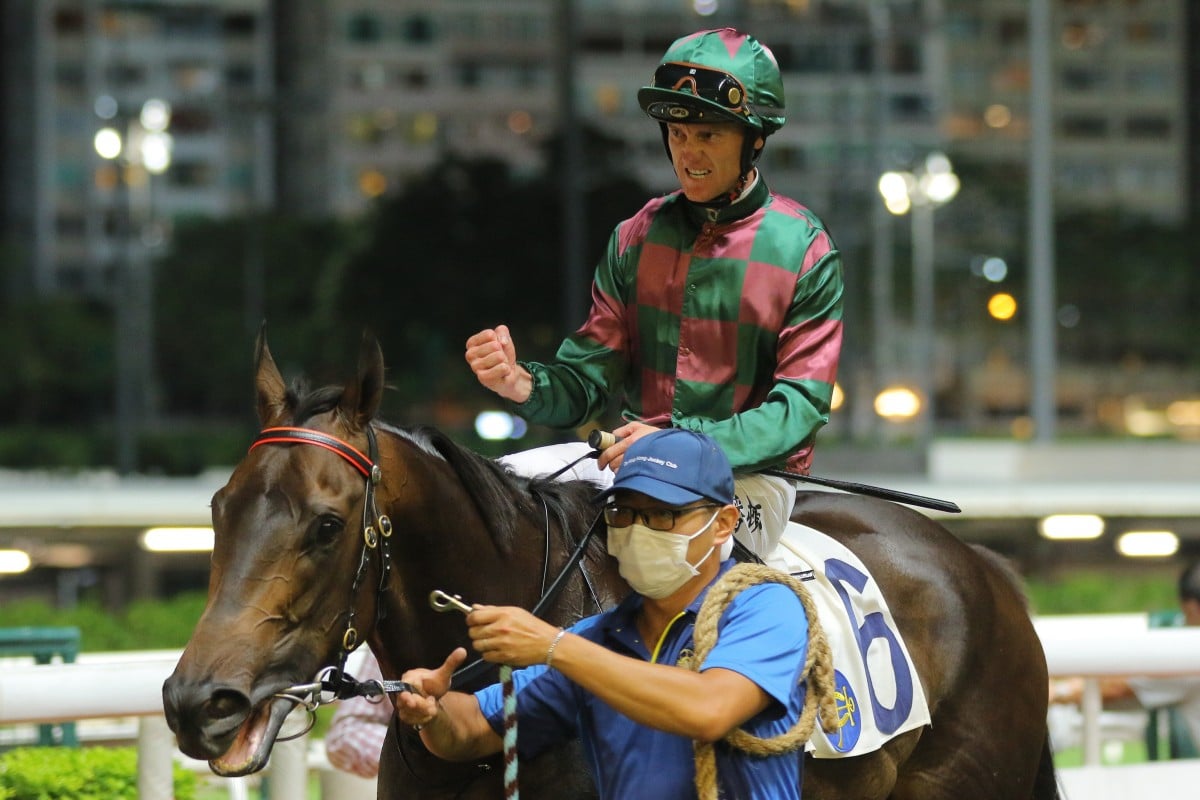 The Hong Kong racing season is a 10-and-a-half month grind spread over (typically) 88 meetings and 800-plus races. It is relentless, it is hard.

Those who come out on top at the end of it all etch their names into the record books and are feted for their achievements.

Earn a title and you go down in folklore – few are revered like 13-time champion jockey Douglas Whyte and 11-time champion trainer John Size.

Whether you do it multiple times or just once, it makes a huge difference to someone’s legacy – no one can ever take away Dennis Yip Chor-hong’s 2012-13 trophy.

After the blood, sweat and tears of what has been a season like no other, the battles for the 2019-20 premierships turned on the last four races at Happy Valley on Wednesday night.

The unlikely combination of Purton and Lui went bang, bang, bang and bang.

Before that stunning quartet, the two had combined for just six winners since the start of 2018-19 season. They now boast the most lethal strike-rate in Hong Kong with nine victories from 19 runners this term.

It is incredible how thin the margins are between winning and losing and the role luck plays.

The odds of the circumstances unfolding on Wednesday night as they did would have been a million to one – and that may be unders.

Purton hadn’t had two rides for Lui at a meeting all season, but he’d won on both Highland Fortune and Victoriam at their previous starts and retained the mounts.

Most of Lui’s horses go to Vincent Ho Chak-yiu – they have 25 wins together, including a sweep of the four-year-old series with Golden Sixty – but the leading local jockey was stood down from his last six rides after suffering chest pain. He would feel even worse now.

It just so happened that Purton was available to take two of those pick-up rides on Star Shine and Alpha Hedge – both winning hopes – which was unusual given he is typically booked for most races. 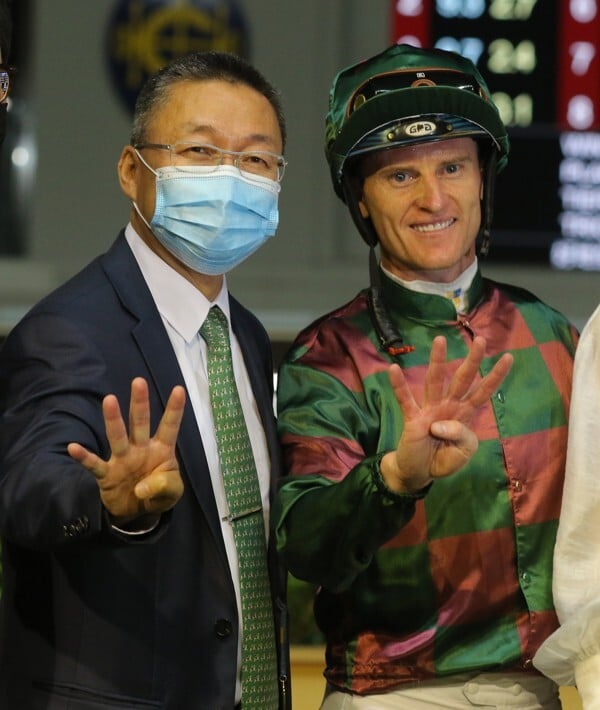 The fact they were in consecutive events is remarkable and Purton produced his brilliant best to make the most of it. The result was a four-timer (at the odds of 1,643-1) which simultaneously snuffed out one championship battle and reignited the other.

Purton is now seven wins clear of Joao Moreira with six meetings remaining, but the Magic Man is only available for five of them after being hit with a suspension last Sunday.

The Australian clearly felt the significance of it, unleashing a couple of huge fist pumps when returning to scale after the last. It’s something he only does when it really matters.

I think @zpurton enjoyed that win

But the 37-year-old has plenty of respect for his rival and won’t be celebrating what looks set to be his fourth championship early.

“I do not [think it’s over]. It’s never over until it’s over and Joao’s such a great rider and you can never write him off,” Purton said afterwards. “You always have to be wary of the wounded.”

That is fair – the Magic Man is one of the best jockeys on the planet and he has shown time and time again he is capable of rattling off huge days, particularly at Sha Tin.

But given the circumstances and the Brazilian’s recent run – he has six winners from the past seven meetings – this is more of a Monty Python-esque “flesh would”.

In three of the four races won by the Purton-Lui pairing, Moreira finished second. The Highland Fortune-Sky Darci duel was emblematic of the season – the two clearing out in the straight with Purton prevailing narrowly.

Seconds have been the bane of Moreira’s campaign – he has 118 of them now, 27 more than the man he is chasing. If a few of them go the other way, we’re having an entirely different conversation, that’s how thin the margins are and that’s how much they matter.

It would require something out of the box for the Magic Man to usurp Purton now.

On the other hand, the fight for the trainers’ title has been blown wide open.

Ricky Yiu Poon-fai was in the box seat heading into the meeting, holding a five-win lead over Tony Cruz and a margin of six on Lui.

Just four wins separate the three of them heading into Saturday’s card, meaning it is genuinely up for grabs.

Yiu and Lui have had outstanding seasons and are both chasing their first championships while Cruz is a Hong Kong legend who would love to add a third trainers’ trophy to his mantelpiece.

Things are balanced on a knife-edge and that is now the compelling storyline for the final three weeks of the term.

It’s amazing how much can change in 100 minutes.