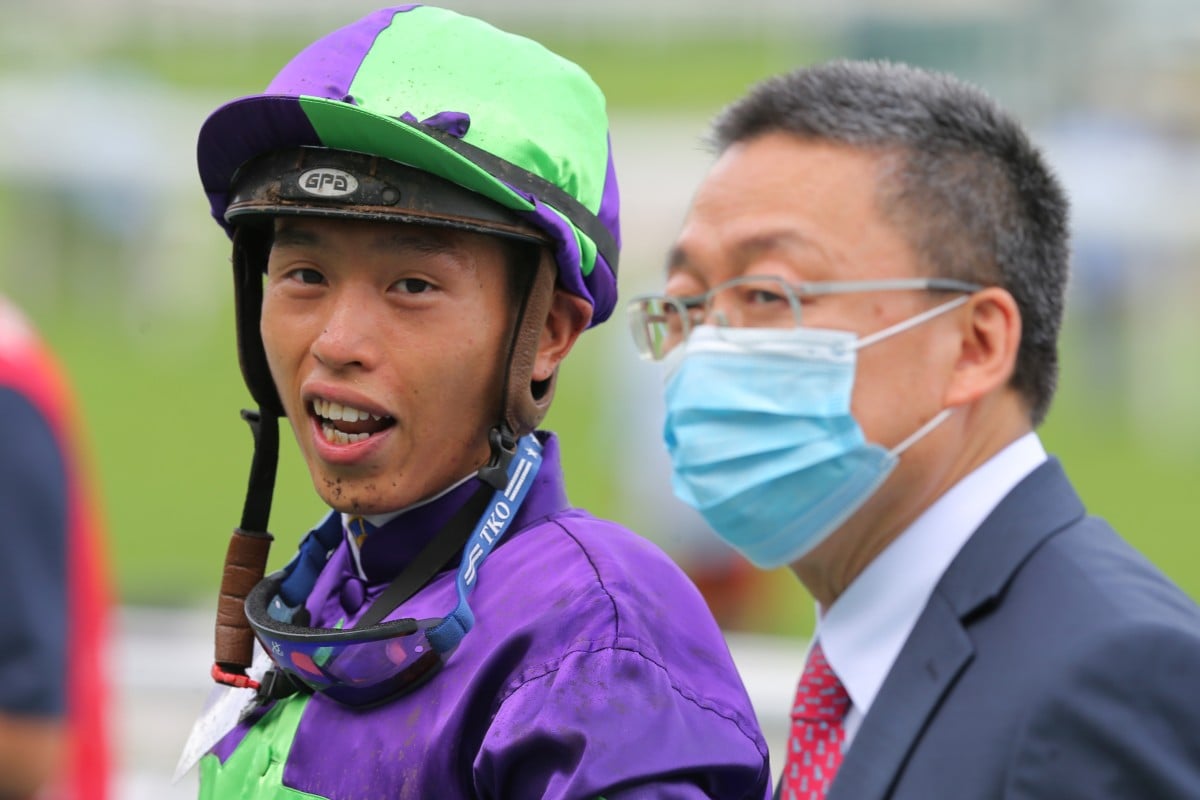 It says a lot about home-grown jockey Vincent Ho Chak-yiu that when he was suspended on Wednesday for careless riding, his first thought was the impact it might have on Francis Lui Kin-wai and his ding-dong battle for the trainers’ championship.

Ho is Lui’s go-to rider and the pair has enjoyed incredible success together this season, so the 30-year-old jockey wanted to be sure he was going to be there on the final day to give the handler his best chance at winning his first title.

Ho has ridden 189 of Lui’s 455 runners this term and 27 of his 62 wins, including a clean sweep of the lucrative four-year-old series with Golden Sixty. 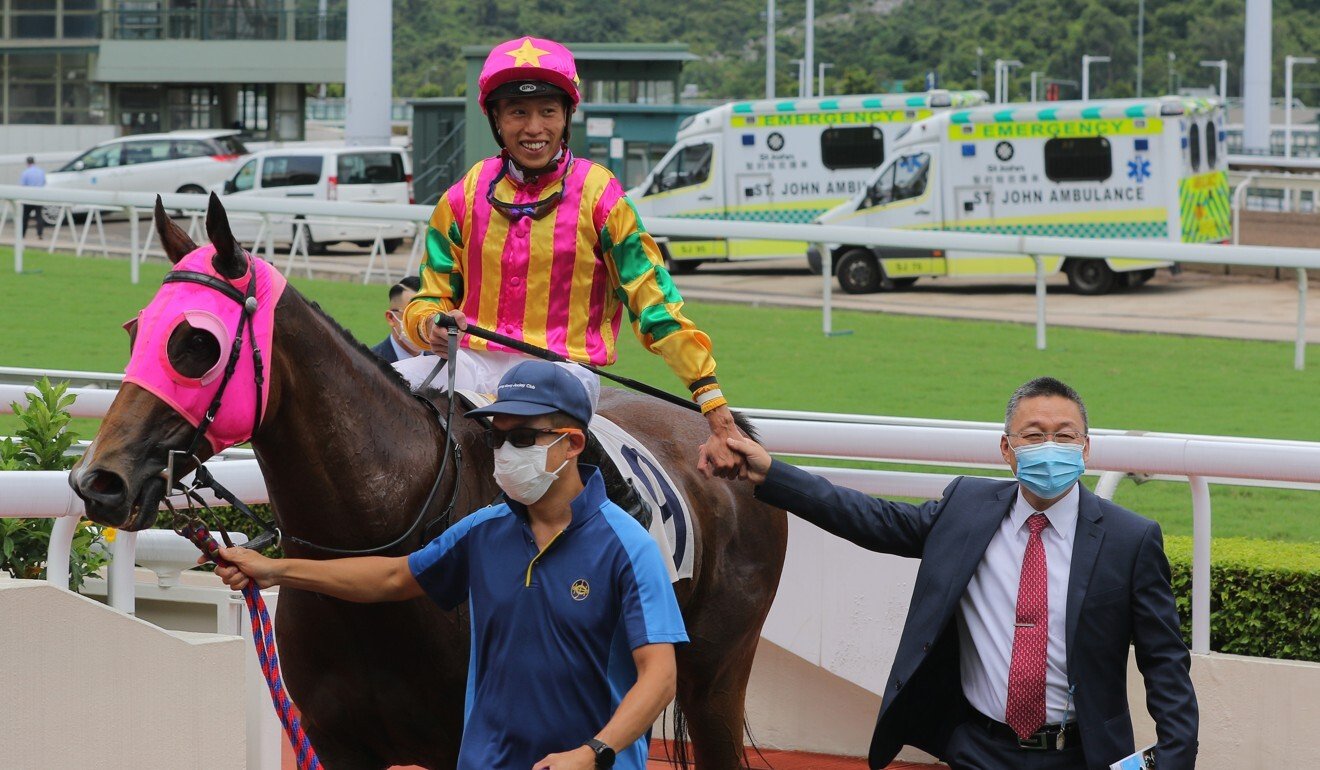 After pleading guilty to careless riding on Wednesday, Ho asked stewards for a brief break so he could ask Lui which of the four remaining meetings would be the best to miss.

“It is one of the main reasons that I chose the day [Sunday, July 12] I did,” Ho said. “I will probably miss some rides but we did our best to try and have as little impact on [the championship].”

Along with his former boss Caspar Fownes, Ho credits Lui for moulding him into the accomplished rider he is today.

Ho has enjoyed the added aspect of being able to sit down with Lui and plan a campaign for a horse since he struck up a strong bond with him two seasons ago.

“It has been good since then, it has helped my results a lot,” he said. “When I am riding those horses, of course I try to stay on them, not just for Francis but for Caspar and all those trainers, when they are doing well you want to stay on them.

Francis Lui joins Ricky Yiu at the top of the trainers' championship as Thou Shall Sing (@Vincenthocy) sweeps to his third victory this term! #HKracing pic.twitter.com/mA9ajxFjxn

“Booking rides is one of my weak points at the moment, I am not really good at managing it so I hope next season I can do a better job with that.

“We will sit down and plan in advance where his horses are going to run so I mark that down.”

Ho has done his best to keep his mind away from Lui’s championship race but admits it has been hard to ignore of late, especially with his recent revival.

Lui sprang to life in the title race two weeks ago when he won the last four races on the card at Happy Valley with champion jockey Zac Purton in the saddle after Ho was forced to give up two of the rides due to health issues.

He said it is likely that Purton will keep those rides for the final meeting of the season at Happy Valley on July 15 in what could be crucial races.

“Of course we will all be happy if he can win it, I am just happy to be part of it. I think it will be a fight until the last race of the season,” he said.

“We have never looked too far ahead in our thinking, we are trying to win each race and the title happens to come off that, so there’s no point overthinking it. 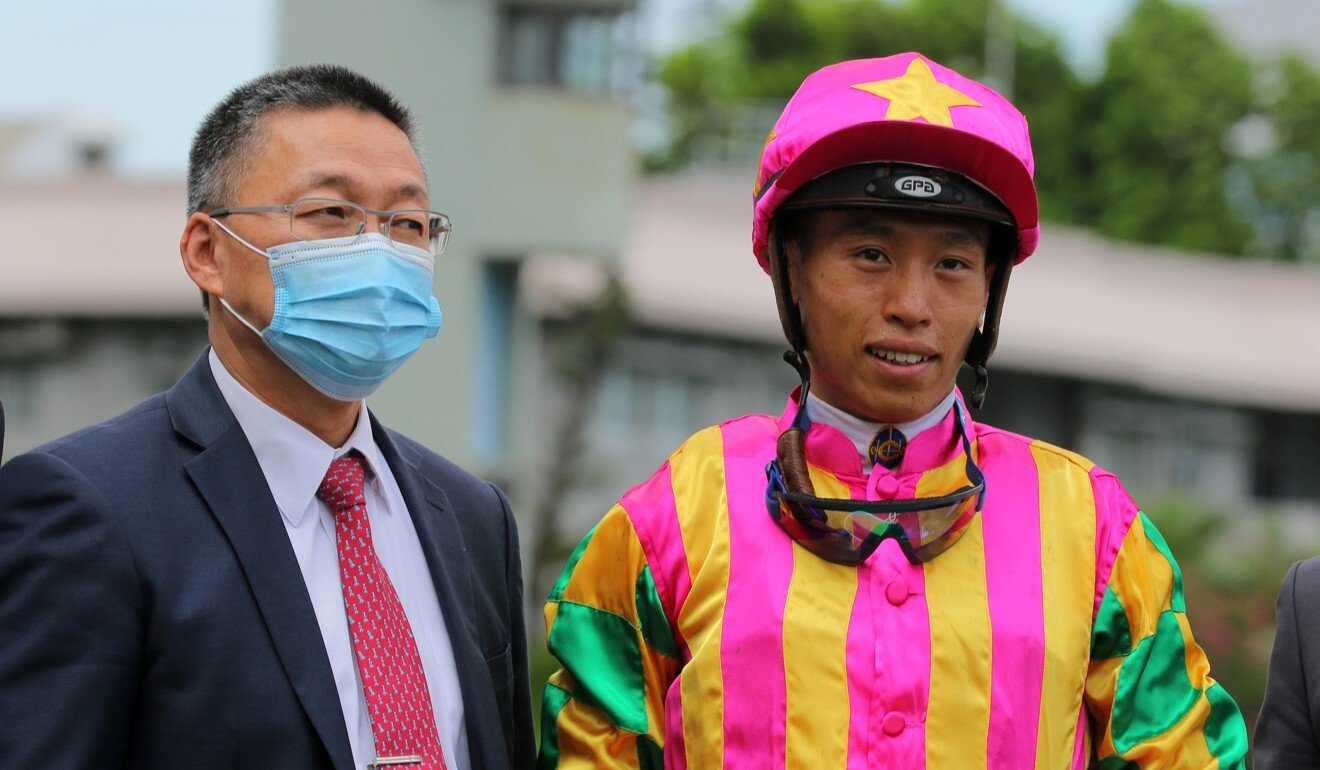 “The worst thing is that Wednesday night when I didn’t feel well, I missed two winners and Zac was lucky he didn’t have rides in those races so he picked up my best ones.

“On the last day, those horses are running so I think Zac will take half of the good rides that night so I will have the other couple.

“Health is the main priority of course, I can’t get too down about it. I seldom stop riding, even after fever and those things I keep going, but the other night it wasn’t safe so I had to stop.”

Five of Ho’s eight rides on Sunday will again be for Lui as he attempts to give him one final push towards rival Ricky Yiu Poon-fai, whom he trails by one but has a significant tiebreak advantage with more seconds and more prize money.

He will ride debutants Fortune Master and Winning For All along with Easy Dazzling, Sunny Power and Management Supreme.