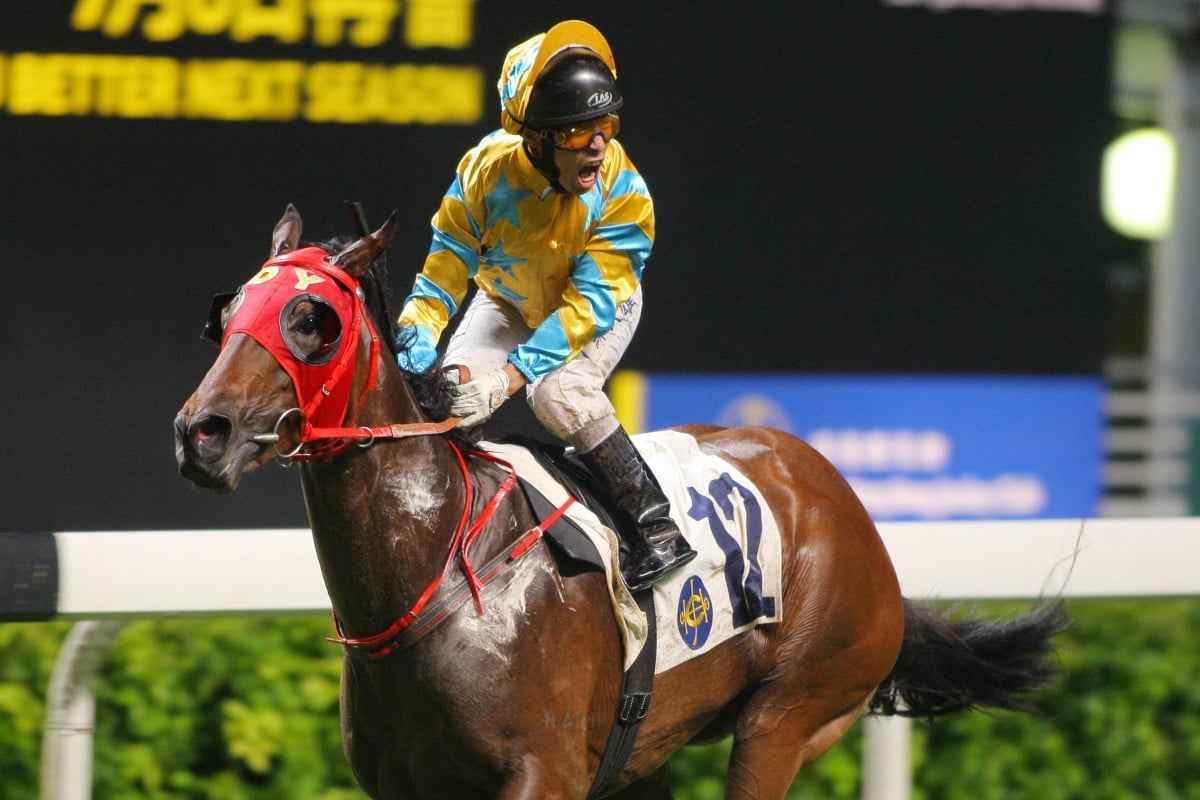 Ben So wins on Flying Elite in the final race of the 2012-13 season to seal the trainers’ premiership for Dennis Yip. Photos: Kenneth Chan

Ben So Tik-hung’s finest moment in the saddle came in the last race of the season at Happy Valley in 2013 and the retiring jockey is looking to recapture the feeling as he bows out of competitive riding.

Riding short-priced favourite Flying Elite, So famously sealed the trainers’ championship for Dennis Yip Chor-hong in the last race of 2012-13 to beat Tony Cruz by one and the season finale will return to the city track for the first time since that night on Wednesday.

With the 33-year-old retiring to take up a role in David Hayes’ stable next season, So says only a win on his final night in the saddle could rival the jubilant feeling he had in 2013.

“That [Flying Elite] ride is my favourite moment in my career so far, I never thought I would get close to it but maybe on Wednesday that can change, who knows?” So smiled. 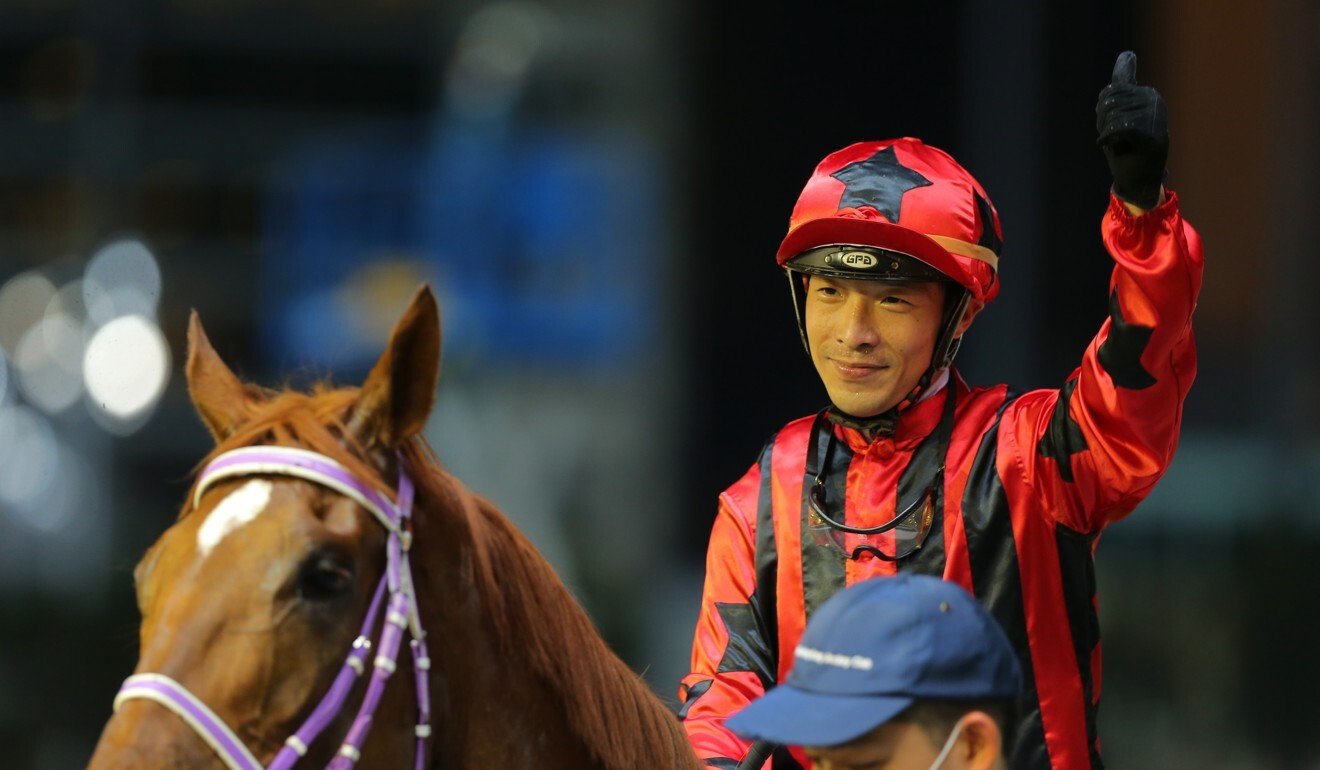 “The feeling is hard to explain, it was amazing. I can still remember all the small things that happened on that day, in the lead up to the race and then in the race itself, it is all so clear. I will never forget that.

“I still don’t have the feeling that it is coming to an end but I think come Wednesday, I could get a bit emotional. It has been a while so I think I will get a bit sad.”

Fittingly, So has two rides for Yip with the handler looking to send his good friend out a winner.

With just four wins in 314 rides this season, victories have been few and far between for So but he has hope there is one waiting among his six rides on the night.

He will partner Bring It On, Hercules, Baby, Kasi Farasi, Uncle Steve and Encore Boy.

“My rides are OK, better than what I had on Sunday so I have a chance for a winner,” he said.

“Hopefully if I get a winner, it will give me something I can remember for the rest of my life so I will be trying, normally I have more winners at Happy Valley than Sha Tin.

“I have two for Dennis so we are looking to get that same feeling but they are just normal rides, but who knows? I will be trying hard, there could be a surprise.”

Since arriving as a two-time winner in Australia under the care of Ciaron Maher and David Eustace, Hercules has dropped from a rating of 78 to 52 and has been competitive in Class Four. 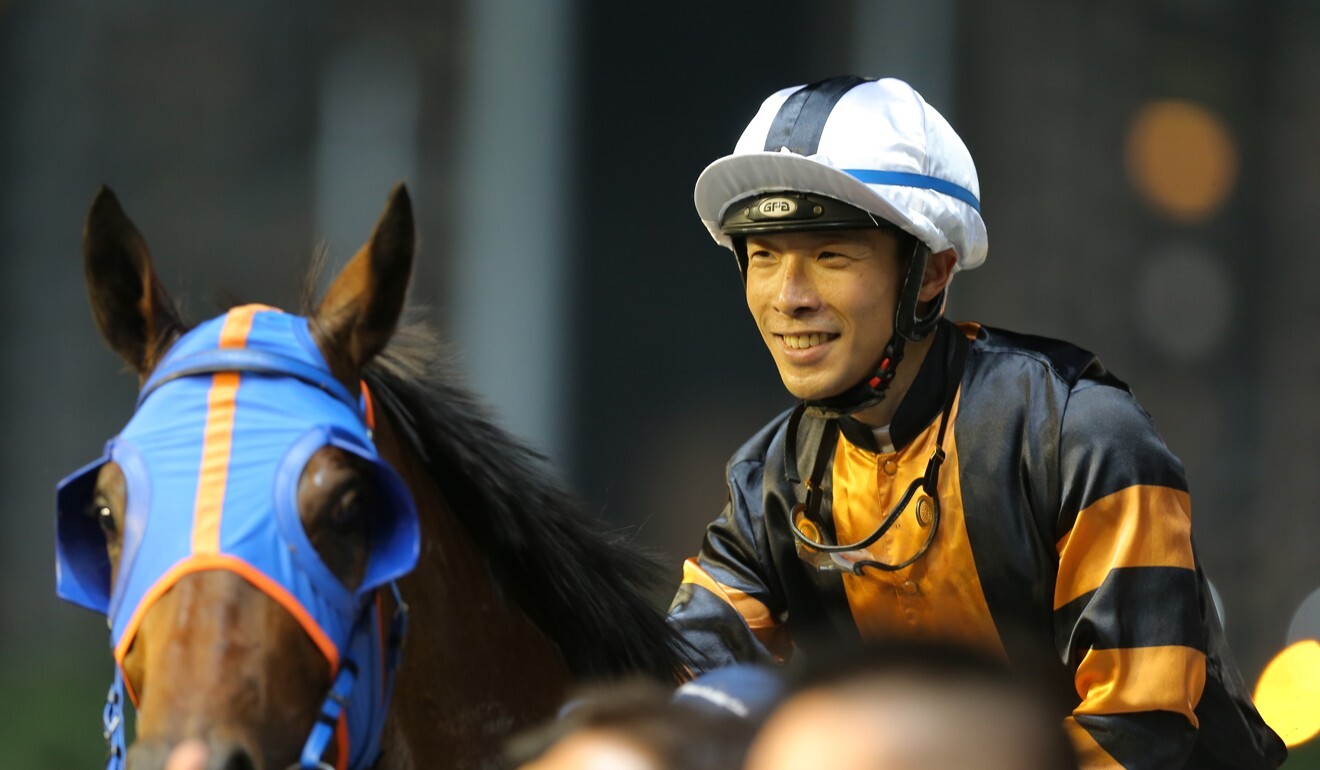 While he is yet to run a placing in his 14 Hong Kong starts to date, the four-year-old will get his best opportunity yet, jumping from barrier eight.

So has also been given a ride on Encore Boy by championship-leading trainer Ricky Yiu Poon-fai in the last event of the night, the Class Two Cheong Ming Handicap (1,200m) where he could once again seal the fate of the trainers’ title.