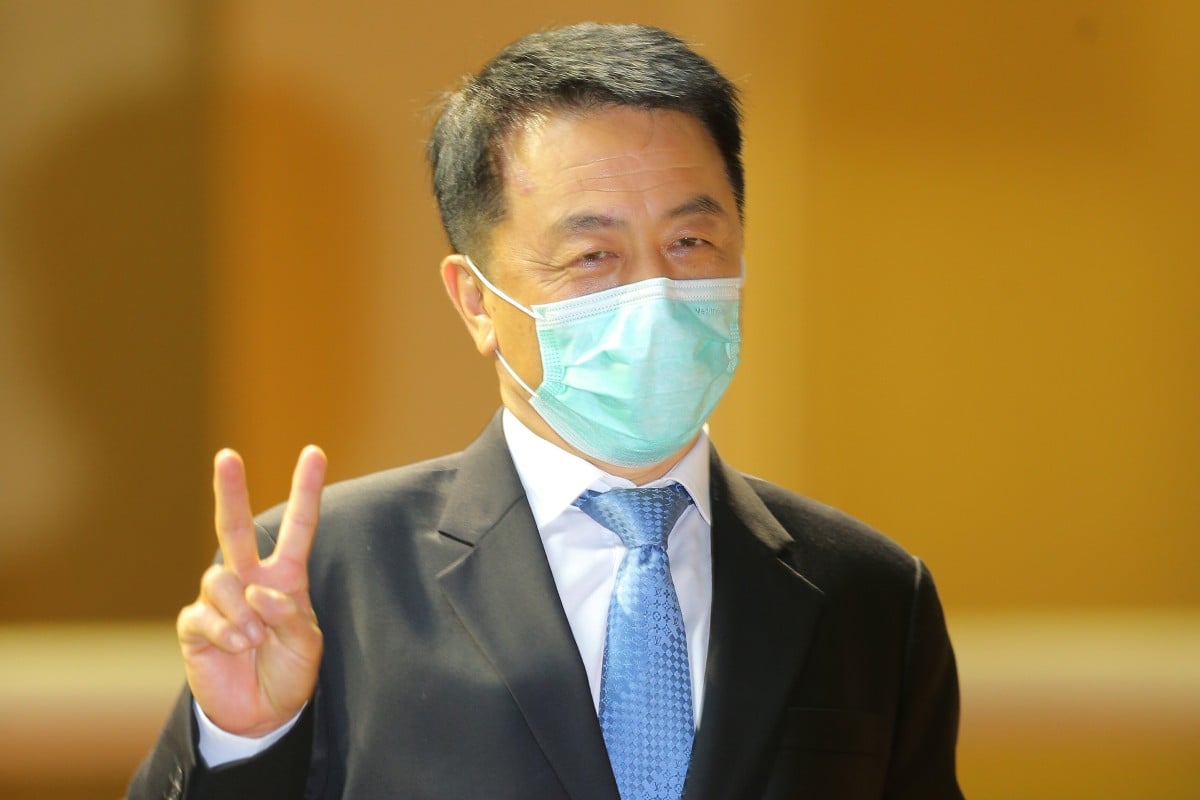 Ricky Yiu Poon-fai is Hong Kong’s champion trainer for 2019-20 – the crowning moment of his career – but there was no hollering or hooting as the season came to an underwhelming conclusion at a desolate Happy Valley on Wednesday night.

The last time the seasonal finale was held at the city track, a local secured the trainers’ championship and there were scenes of jubilation as Dennis Yip Chor-hong defied the odds to claim the last race of 2012-13 and capture the silverware.

The fans went wild, as did Yip – but the feeling this time around couldn’t have been more diametrically opposed with only 230 owners on course as Hong Kong suffers through another round of restrictions as a third wave of the Covid-19 pandemic forces the city into lockdown.

From the social unrest to the coronavirus crisis, this term has been full of challenges, so perhaps it was fitting it ended on this note.

Yiu didn’t win a race on the night, but his rivals Tony Cruz and Francis Lui Kin-wai ran out of opportunities to bridge the gap, ensuring the 63-year-old took home the title for the first time in his 25 years as a trainer.

There were no cheeky fist-pumps or high-fives – the moment didn’t call for that – but he knows what it means and has had some time to get his head around it.

With no buzz, a Hong Kong racing season like no other draws to a close

“Obviously the championship is the biggest achievement of my career. It wasn’t expected [at the start of the season], I knew my horses would do really well but it wasn’t until three months ago that I thought I had a chance of winning.

“This was a once-in-a-lifetime chance so I just put my head down and kept working and kept focusing.”

Coming into the meeting, Yiu held a four-win advantage over Cruz and Lui and while the former tasted success with Power King early, their challenges ended when Douglas Whyte’s The Runner kept California Rad (Cruz) and High Rise Soldier (Lui) out of the winner’s circle in the sixth race.

The race that sealed it...

The Runner outlasts the Tony Cruz-trained California Rad in the closing stages to ensure a first trainers' championship goes the way of Ricky Yiu! #HKracing pic.twitter.com/8M0D4VVgEv

Cruz added to his tally in the final race of the season with the fast-finishing Waldorf, but it was too little, too late.

In the end, Yiu finished with 67 winners, two ahead of Cruz and four in front of Lui.

“To catch me they would have needed a miracle,” Yiu said. “To win four in a meeting is a big ask.”

In fact, not winning was the theme for the four key protagonists at the meeting.

While Yiu’s championship was a key focus, so were the retirements of Hong Kong legend John Moore and, to a lesser extent, jockey Ben So Tik-hung, but none of them tasted success on the card.

Season 2019/20 comes to a close with an inch-perfect ride from @KarisTeetan aboard Waldorf in the 828th and final race of the season! #HKracing pic.twitter.com/9pzfv5bLvK

The other point of interest was Peter Ho Leung, who needed a win or to collect HK$646,005 in prize money to pass the Jockey Club’s minimum performance benchmark and avoid a strike.

He didn’t get the winner, but after two early placings he grabbed the prize money required when Magnificent – his last runner – came second in the Class Two Hawthorn Handicap (1,650m). He made it to the HK$21 million total by the skin of his teeth.

David Hall finished his season on a high, collecting a double as Oversubscribed and Lucky Missile (Matthew Poon Ming-fai) saluted in the first half of the card.

Hong Kong's champion jockey bags another win as Kinda Cool gets off the mark in Hong Kong. #HKracing pic.twitter.com/Y7t6gJLMJe

The former was the first of a double for championship-winning jockey Zac Purton, who also won with Frankie Lor Fu-chuen’s promising youngster Kinda Cool.

Lor was another who finished with a brace as Solar Wai Wai also prevailed, the first of two for Karis Teetan, who was also aboard Waldorf.

Vincent Ho Chak-yiu also had a double, saluting with Power King and The Runner.