Golden Sixty enters unchartered territory with ‘target’ on his back 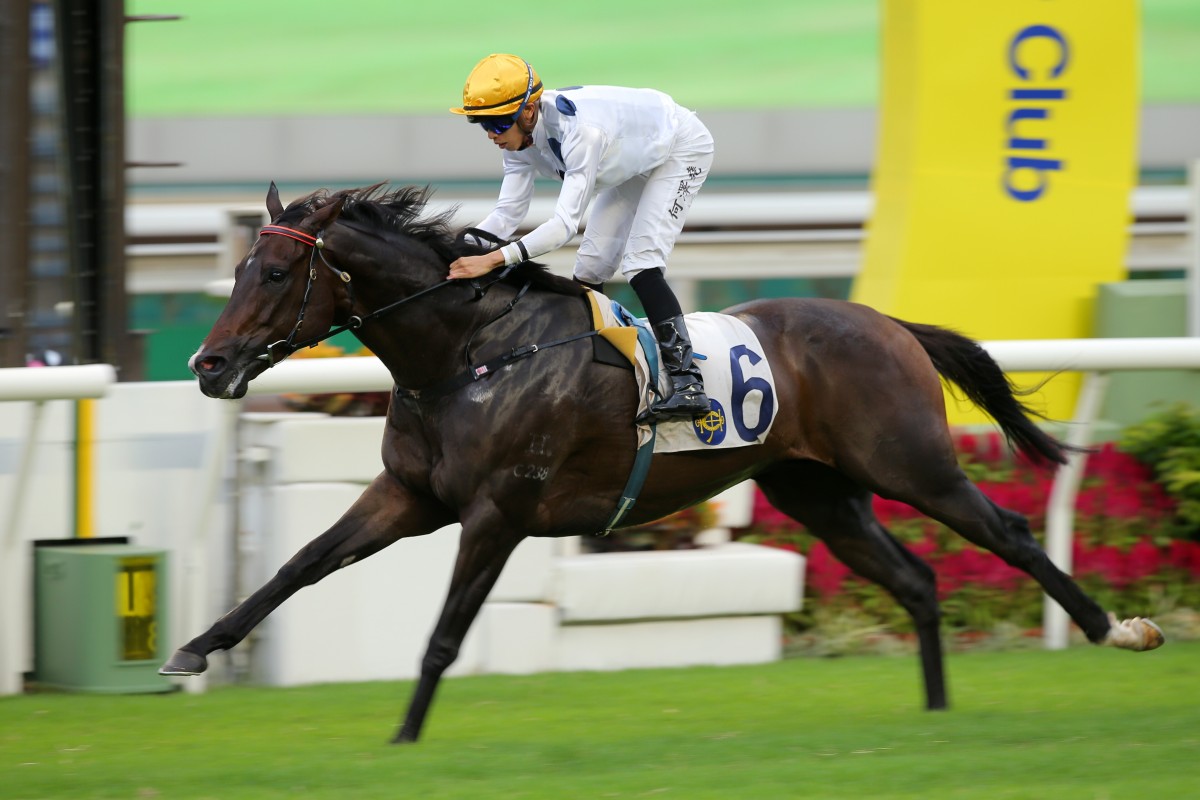 Golden Sixty makes it eight wins in a row in the Celebration Cup. Photos: Kenneth Chan

Francis Lui Kin-wai knows every test will get tougher for Golden Sixty in the lead-up to the Hong Kong International Races but he’s embracing the fact his superstar now has a “target” on his back.

The Hong Kong Derby hero made it eight wins in a row in the Group Three Celebration Cup (1,400m) last month and will carry seven pounds more in Sunday’s Oriental Watch Sha Tin Trophy (1,600m) in what is his first Group Two appearance.

But while the task will be greater, it is unlikely there will be a decline in expectation from the punters who sent him out the $1.80 favourite in his first clash with Beauty Generation.

“Now everybody treats my horse as the target,” Lui said. “Everybody will be looking to see how he runs in the race and you have to be careful you get everything right. But I don’t think I feel pressure, I enjoy the challenge.”

Golden Sixty finished a length and three quarters ahead of Beauty Generation and Champion’s Way last start and Lui considers them his toughest opponents again, with the former seven pounds better off at the weights and the latter eight.

“[Beauty Generation] is the main danger and I also think John Size’s horse [Champion’s Way] seems to be back in top condition,” Lui said. 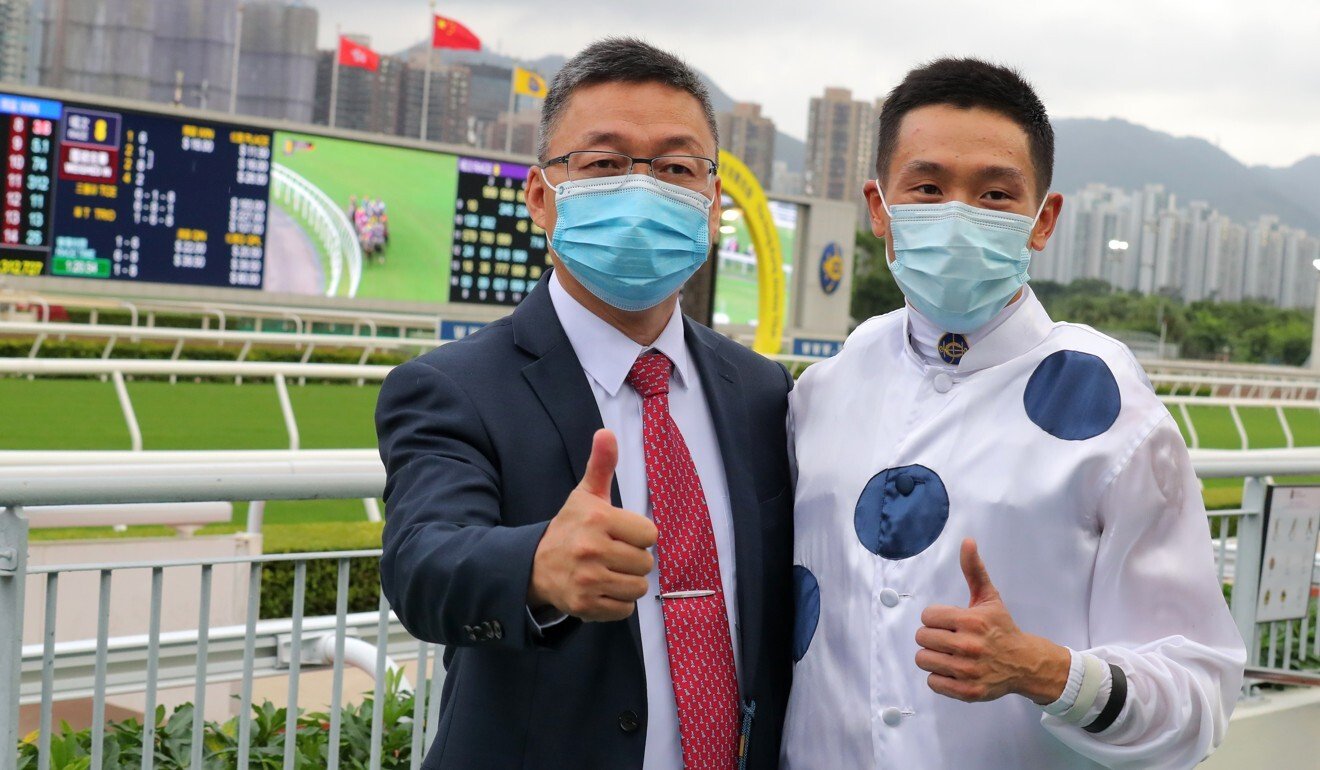 “I think Golden Sixty will improve, his condition will be better than last time and I think he will be fine with the extra weight.

“I was supposed to gallop him on Tuesday but because of the typhoon I couldn’t, but on Wednesday he galloped. It wasn’t only me who missed the work, everybody did.”

Also among the challengers is Hong Kong’s equal sixth highest-rated horse in Southern Legend, who returns to the distance of his Group One Champions Mile win in April after finishing two and a half lengths behind Golden Sixty three weeks ago.

Trainer Caspar Fownes – who also saddles up Dances With Dragon – expects another big showing from Southern Legend but is more focused on his grand final on international day in December. 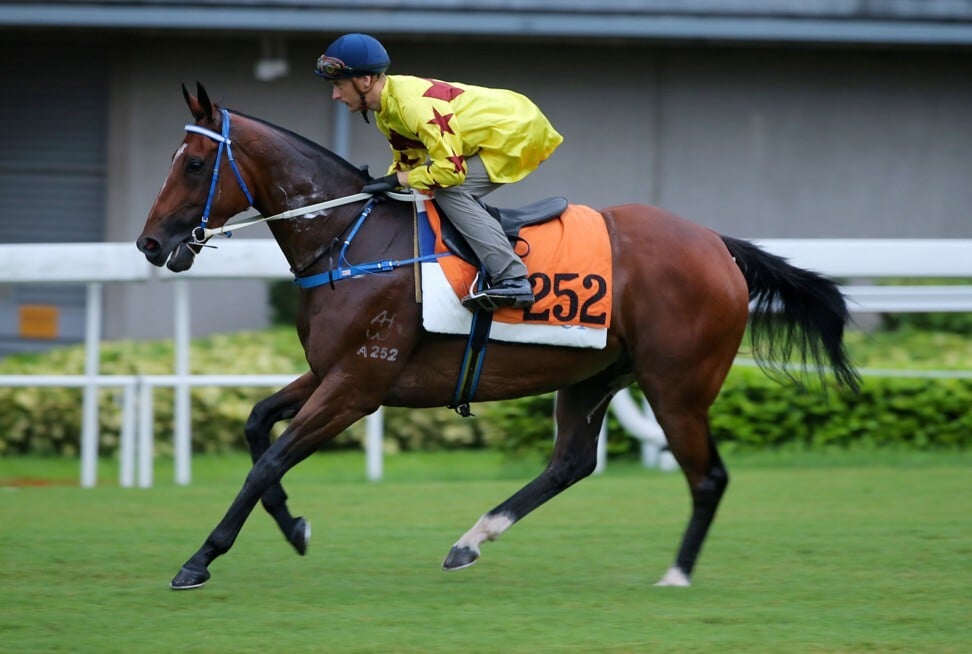 “He’s an eight-year-old, so I’m just trying to nurse him along and get him to give us one big performance when it really counts in December,” Fownes said. “But he looks a treat, he’s very healthy and I’m sure he’ll run a nice race.”

Among the challengers Golden Sixty is yet to face is fellow Derby victor Furore, with the returning six-year-old looking in good order ahead of his seasonal debut after a couple of nice trials in Conghua.

The son of Pierro was producing his best work over further late last season, placing at Group One level over 2,000m and 2,400m, but has won at a mile in Hong Kong.

Chefano, Playa Del Puente, Singapore Sling and Harmony Victory are the other gallopers stepping out for the first time in 2020-21, but Lui can see nothing in the field that will cause him to lose sleep ahead of Sunday’s race.

“I think Golden Sixty is the best horse, hopefully he can carry on winning but you never know,” Lui said.

Golden Sixty jumps from gate six and regular rider Vincent Ho Chak-yiu is in the saddle.