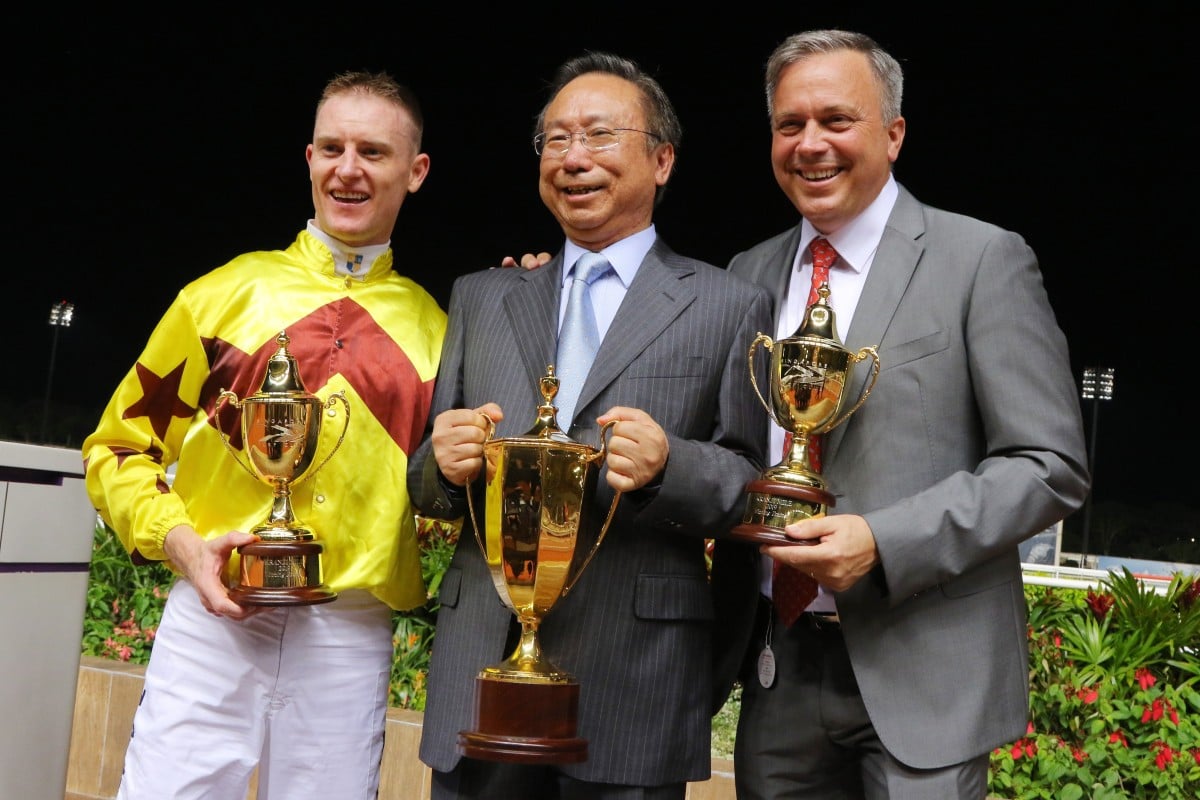 Basking in the afterglow of his victory in the world’s richest turf race, prominent horse owner Boniface Ho Ka-kui remains adamant his superstar Classique Legend will move to Hong Kong and target the biggest sprints on the planet.

Classique Legend cemented his status as one of the fastest gallopers on earth with a stunning effort in the A$15 million (HK$82.3 million) Everest at Royal Randwick in Sydney and is now set to join the Caspar Fownes stable ahead of December’s Group One Hong Kong Sprint.

From there, Ho plans on showcasing the grey on the global stage, sending him to races like the Al Quoz Sprint at Meydan.

“The horse will have a better opportunity to shine globally if he’s based in Hong Kong,” Ho said.

Classique Legend takes out the 2020 #TABEverest! Gun ride from @KPMcEvoy
to take it home again! pic.twitter.com/Zv7HBhoIcw

“I think he will shuttle a lot – to Dubai, Tokyo and then back in Sydney for The Everest next year. And even [potentially] going to Europe.

“This horse, with his ability, I think he should be an international horse. He can go travel everywhere and win races.

“Based in Hong Kong, we have the better facilities. The Hong Kong Jockey Club will be able to cater this for me – they will handle all the paperwork for going to these overseas races.

“For me, the horse is better based in Hong Kong – to get the best potential out of him.”

Ho has a history of travelling horses overseas, most notably with Southern Legend, who has won the Kranji Mile in Singapore twice while he finished sixth to Almond Eye in the Group One Dubai Turf last year.

Typically, the Jockey Club doesn’t allow horses who are five-years-old to join the Hong Kong ranks, but connections have already been granted an exemption because of Covid-19.

Previous plans to move Classique Legend to Hong Kong were thwarted when the pandemic forced his flight to be delayed – twice – so Ho opted to keep him in Australia with the Everest in mind.

That decision paid off big-time with the cheque for winning the Everest worth a whopping A$6.2 million (HK$34 million).

“It was really, really exciting. There was a lot of anticipation because he was the favourite,” Ho told Andrew Bensley. “He seems to be the strongest horse in the final 200-300m. He’s got the greatest finish.

“I think he’s one of the best sprinters in the world.”