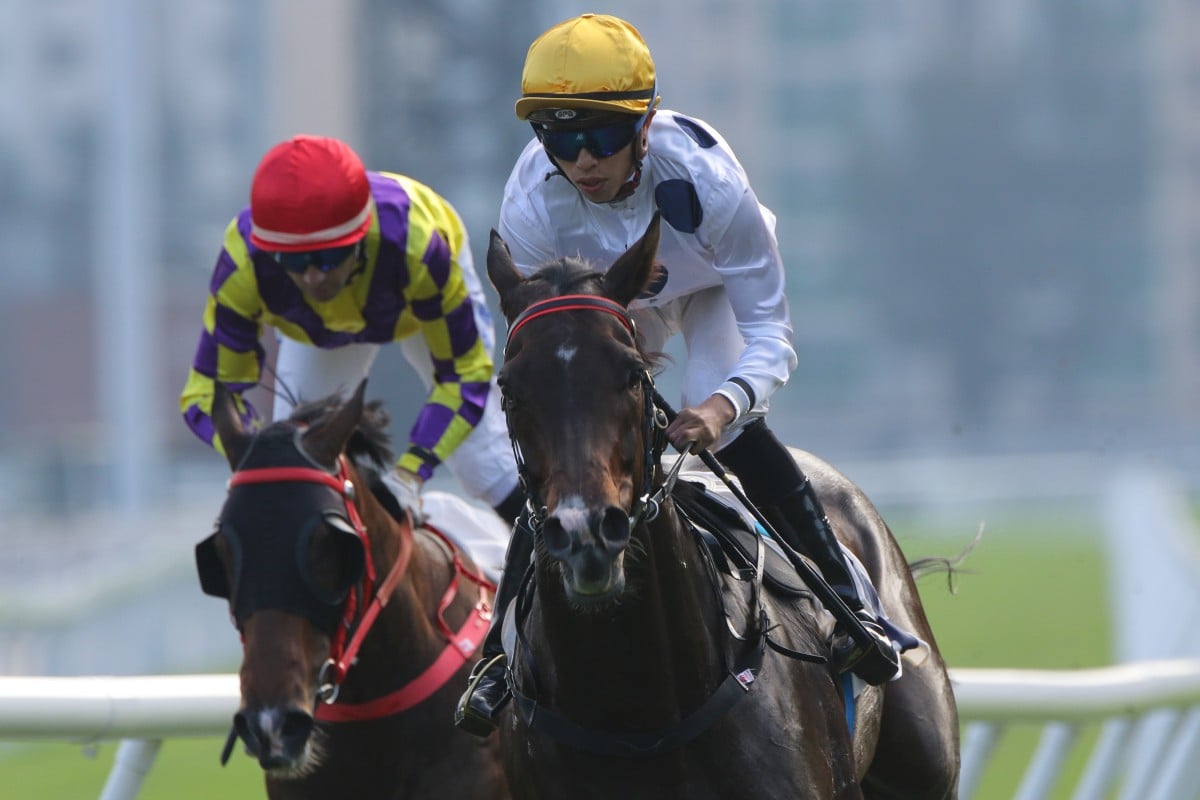 The likely winner of the Hong Kong Sprint looked outstanding over the weekend – but he didn’t race at Sha Tin.

Classique Legend was scintillating in the Everest at Randwick on Saturday, an effort most experts and ratings gurus have assessed as the best sprint performance of the year anywhere in the world.

In contrast, Sunday’s Group Two Premier Bowl at Sha Tin only highlighted how mediocre the current batch of Hong Kong speedsters are.

Given the handicaps, the only horse you could make an argument for in the set-weights races going forward is Hot King Prawn. He was only fair finishing fourth (beaten two and a half lengths) but carried 133 pounds and was first-up.

John Size always leaves improvement in them and even though he hasn’t won a Group One, at least he’s been competitive at the highest level. He is as close to a benchmark horse that exists here.

Wishful Thinker saluted for the first time since March 2019 and it is a stretch to think he’ll go on with it and Computer Patch is talented but it might all be coming a bit too quickly for him. The others are not up to it on what they showed.

We already knew injury and old age had hit the ranks hard – Aethero, Beat The Clock and Big Time Baby all having issues while Mr Stunning, Thanks Forever, D B Pin, Full Of Beauty have been retired – but this is dire. There is no depth.

Thankfully, the Hong Kong-based Boniface Ho Ka-kui owns Classique Legend outright and is bringing him to Sha Tin where he will be trained by Caspar Fownes.

The plan is to compete in the major Hong Kong sprints and then tackle the world in between – with places like Dubai, Tokyo, Royal Ascot and a return to Sydney to defend his Everest title mentioned. It is a blueprint the Jockey Club hierarchy has endorsed and will make happen.

After the disappointment of Beauty Generation not having a crack overseas at his peak, it is invigorating to think a legitimate star could fly the Hong Kong flag in major international carnivals again. Obviously this is dependent on how long Covid-19 lingers for, but it is nice to dream.

There was outrage from some quarters on Sunday about the fact Ho was taking Classique Legend off Australian trainer Les Bridge and his racing and bloodstock agent Carmel Size. That is a narrow-minded view.

Classique Legend was originally meant to move to Hong Kong after his first win 18 months ago. He was twice booked on a plane this year but they were cancelled because of circumstances out of anyone’s control.

Ho single-handedly bought a slot in the Everest so the sprinter could compete in it and all involved experienced one of the biggest wins of their lives. He owes them nothing.

Ho wants to see his horse race in person and take on the world – there is a lot more beyond Australia – and there is no better place to do that from than Hong Kong, which is one flight away from all the key jurisdictions.

It makes so much sense on so many levels and the cross-promotion and interest from different countries can only be good for the sport globally.

While the Jockey Club remains “cautiously optimistic” about having internationals compete in December, there is still an element of doubt about them making it here.

The only real doubt surrounding Classique Legend is who is going to ride him. You’d expect there to have been plenty of calls between key personnel about the topic in the last 48 hours.

The class gulf between the group we saw on Sunday and Classique Legend is huge. They could start now and the grey would still give them windburn.

You could say the same thing about home-grown hero Golden Sixty. His performance in the Group Two Oriental Watch Sha Tin Trophy was arrogant. Don’t worry about the weight difference or the margin, he has panels on Hong Kong’s milers.

Jockey Vincent Ho Chak-yiu never pulled the whip, it was hands and heels throughout. That turn of foot is devastating and means he can reel in anyone he’s stalking. He is a bona fide star.

We are eight weeks out from the Hong Kong International Races and it will be a shock if Classique Legend and Golden Sixty don’t win their respective features. Obviously a lot can happen in that time, but that’s how it stands.

The races themselves don’t look particularly enthralling at this stage, but it is exciting to think two world-class horses will be strutting their stuff and probably winning their first Group Ones at Sha Tin on December 13.