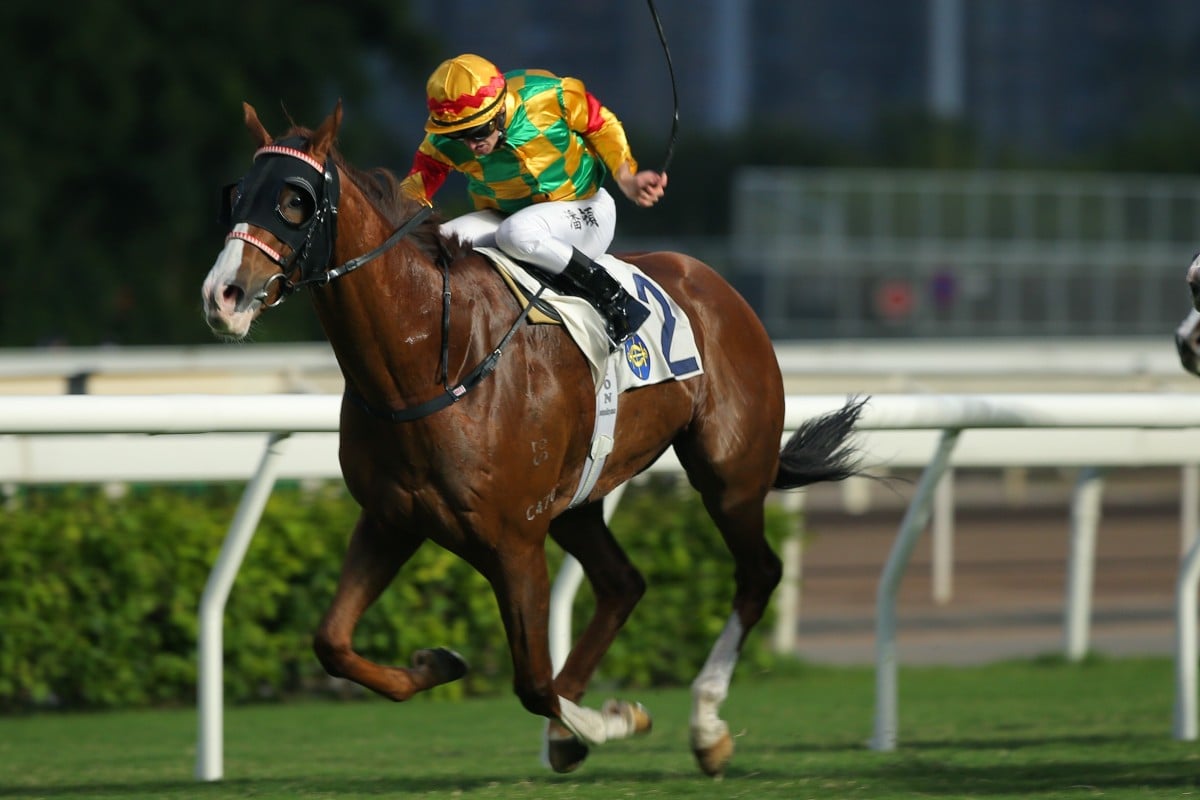 No one was less concerned about Zac Purton’s run of outs than the man himself and he showed why at Sha Tin on Saturday, booting home a treble that struck a crescendo with the brilliant win of Mighty Giant.

Purton entered the meeting on the back of 30 rides without a win and that grew to 33 after four races, with the star Australian going under aboard favourites in the third and fourth events.

But while his distant second on the day’s hottest favourite in Everyone’s Delight ($1.40) in race four might have rattled some, Purton returned in the next race to snuff out his longest drought in four years aboard Beauty Angel, declaring after the last that “those things don’t enter my mind”.

“It was always going to turn around and it has,” he said. “It happens in any sport, you see any athlete in any given field have those little lulls at times, that’s the way it is and it’s not worth worrying about.”

He finished the day with a running double, taking out the Class Three Dundas Handicap (1,200m) aboard Lockheed before Mighty Giant’s hard-fought victory in the Class Two Argyle Handicap (1,400m).

The Ricky Yiu Poon-fai-trained up-and-comer has now won five races in succession and will see his rating hit triple figures after he held off Ballistic King, Sky Field and Lucky Express in a grandstand finish. With the pink, black and white legion of Beauty Smile, Beauty Legacy and Beauty Amigo setting a solid tempo in front, Purton positioned Mighty Giant just off the pace before rounding up the leaders in the straight.

“He was able to get a nice run in behind the speed, they backed it off a little bit around the corner but the damage had already been done for those horses and my bloke was in a lovely rhythm so I just peeled him out to let him continue using his action and he took care of the rest,” Purton said. “When they challenged him he was up for the fight.”

Yiu has always had Group aspirations for Mighty Giant and says the Group One Hong Kong Mile at the Hong Kong International Races in December is very much on the table.

“There’s every possible chance we will run him on international day because there could be no overseas runners,” he said. “I spoke to Zac after the race and there are some feature races we have to think about but I’m not sure which one we’re going to go for.”

Exciting four-year-old Sky Field was sent out a $2 favourite in his Class Two debut and travelled in the pair behind Mighty Giant in the run, appearing to settle better than in previous appearances.

Joao Moreira produced the son of Deep Field in the straight and it looked for a moment like he might find enough to go past Mighty Giant, but Sky Field ultimately finished half a length off in third in a performance that still pleased trainer Caspar Fownes as he mulls over whether to make a run at January’s Classic Mile.

“He was pretty good, he’s not beaten far first time in that class and at that distance. The winner is a very, very good horse so we’re walking away happy with that effort,” he said.

“He’ll come on from that and he’ll learn a bit more. He was just within his comfort zone – they went at a pretty good tempo, I wouldn’t have wanted them to go any slower because it could have got a bit messy for him. I’ll see how he is, look at the programme and plan accordingly.”