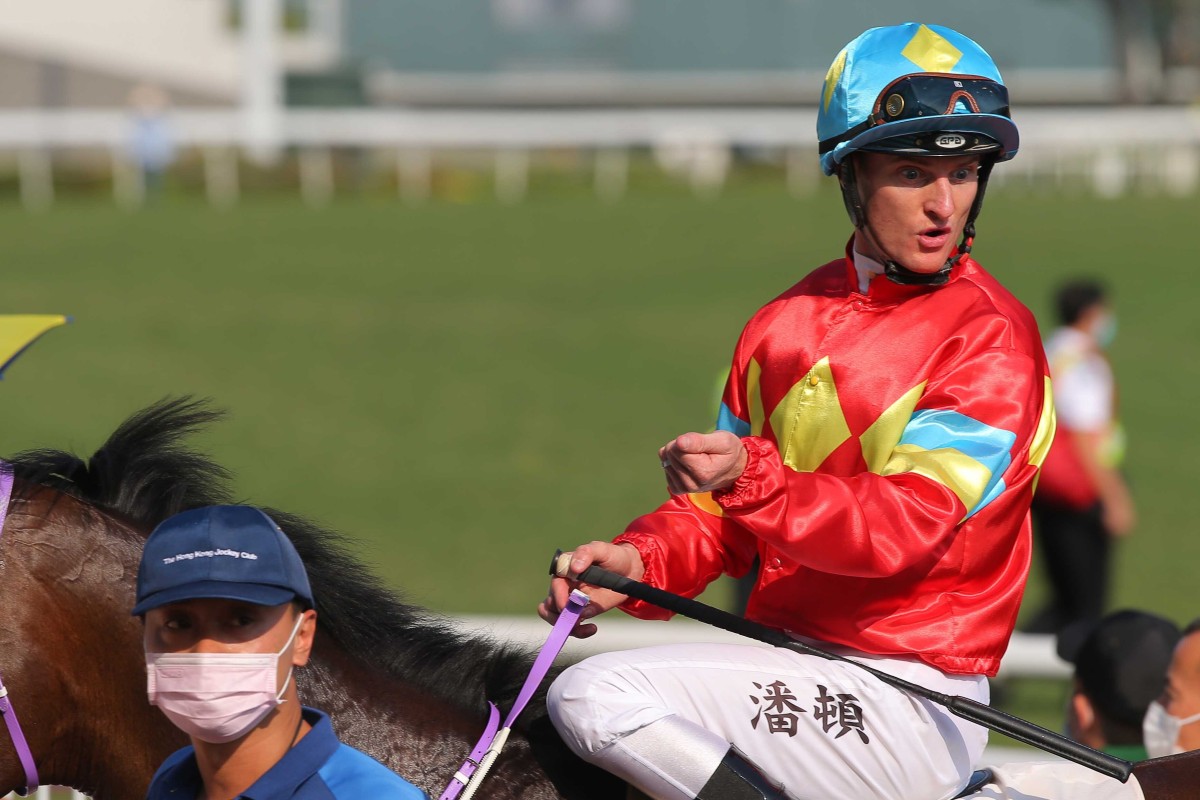 Key rival Joao Moreira may be watching on from the sidelines but Zac Purton has doesn’t have a free kick at Happy Valley on Sunday, with the champion jockey dealt a horror hand when it comes to barriers.

Purton has nine rides as day racing returns to the city track for the first time in two years but only one of those horses will be jumping from the inside half of the gates.

In his nightmare book of barriers, Purton has drawn barrier 12 three times, seven twice and 11, 10 and nine once. 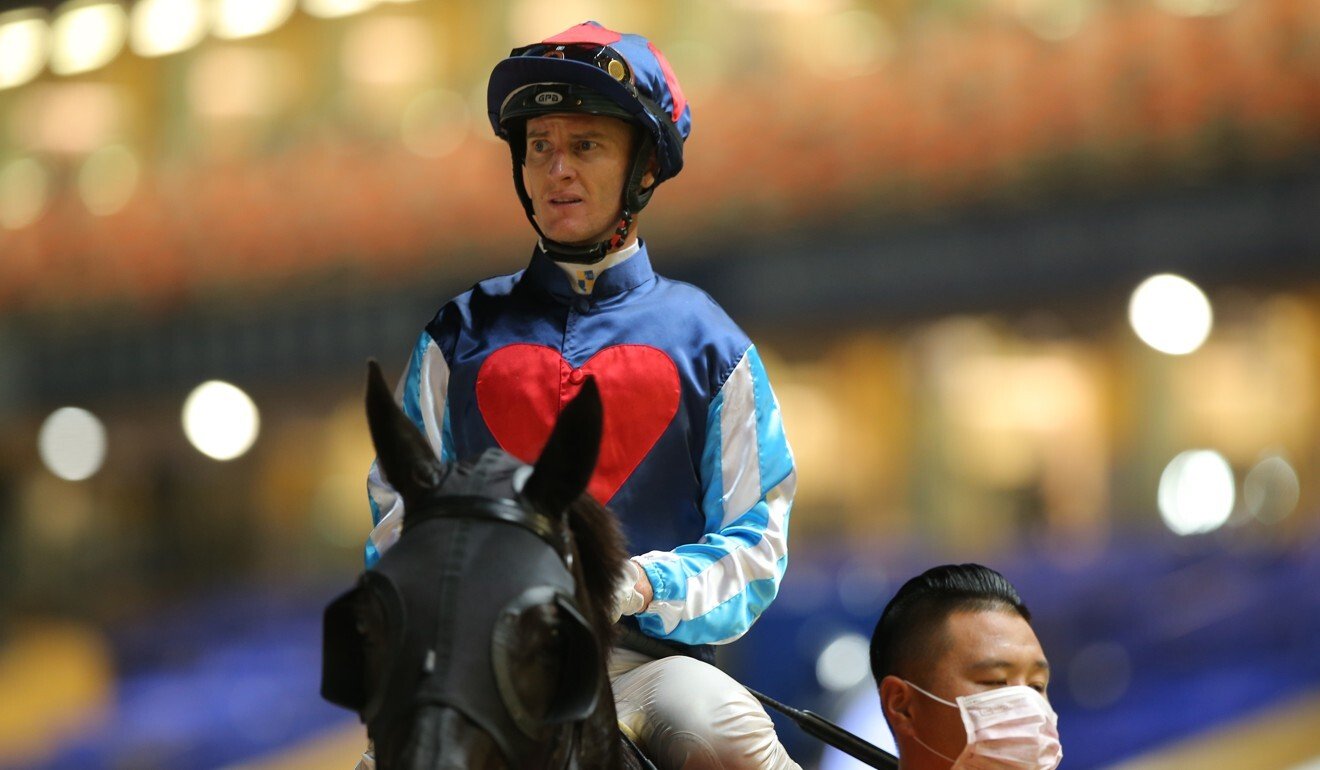 His one inside draw will come on Francis Lui Kin-wai’s Holy Heart in the Class Three Harbour Handicap (1,650m), where he breaks from barrier one.

The Australian sits nine wins off Moreira’s benchmark of 31 winners despite having 10 more rides but it’s unlikely there are alarm bells going off yet for Purton after he came back from a double-digit deficit last season to win the title.

Purton will ride first starter My Ecstatic for in-form trainer Frankie Lor Fu-chuen in the Class Four Johnston Handicap (1,200m), where he will look to replicate the good form the pair has shared together this term. 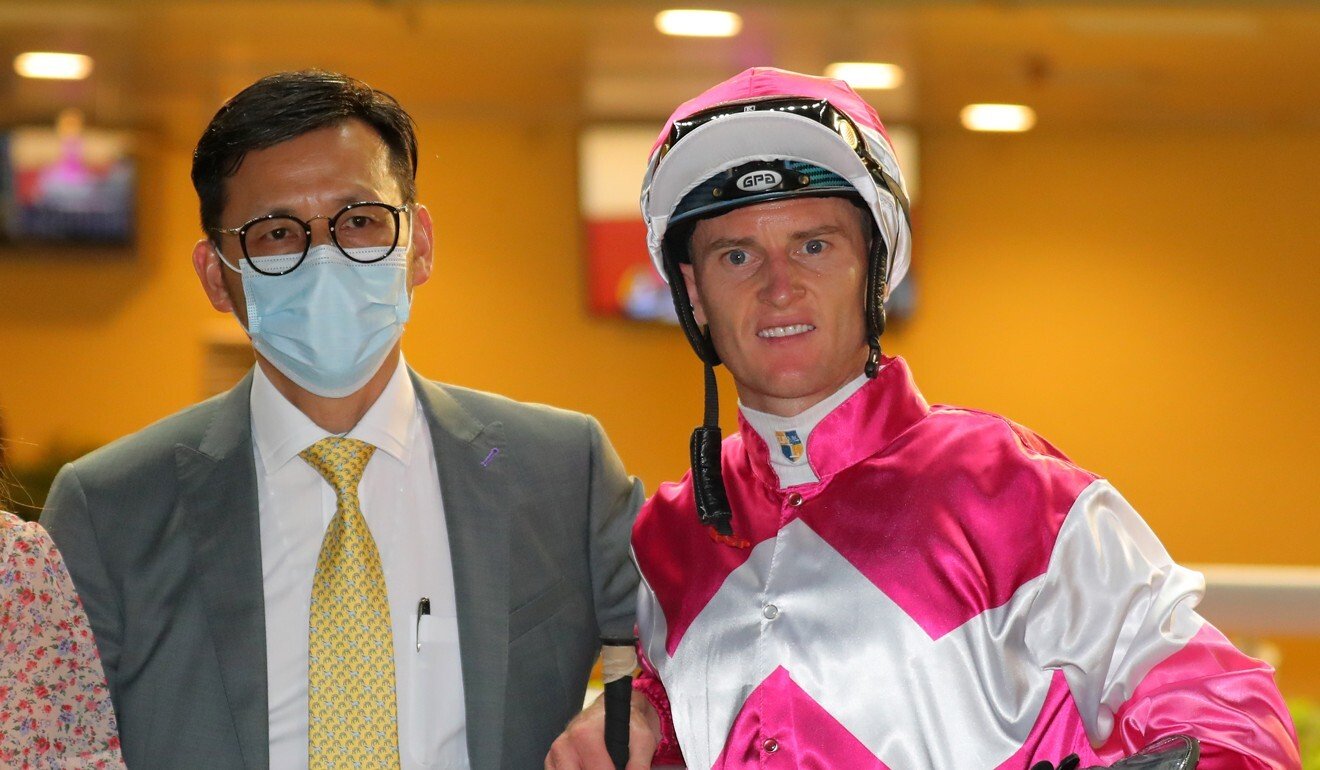 The four-year-old was given a tune-up by Purton during a 1,200m Happy Valley trial, which he won to give the jockey confidence that he has what it takes to handle the city track if it comes together.

“He feels like he is probably going to want a little bit further in time but early on in his career, hopefully he is sharp enough to handle the 1,200m at Happy Valley,” he said.

“I thought it was a nice enough trial and the most pleasing part for me was that he came through a couple of horses in the straight. He is a young horse and it got a little bit tight but he didn’t shirk the task, he stuck his head out and poked his way through there.”

Purton beat home Soaring Tower on that occasion, who later franked that form by coming out and winning on debut at Sha Tin.

While the galloper has shown to be versatile in his brief appearances, Purton knows anything could happen with an unraced horse when jumping from barrier nine at the infamous 1,200m Happy Valley start.

“It is just a matter of getting the right spot, it is an awkward gate,” he said. “He is a horse that has got some ability but if it gets a bit messy, he gets off balance and out of his rhythm, it is hard for young horses to pick up.”

Purton also rides Highland Fortune for Lui in the Class Two Fenwick Handicap (1,200m), where he will look to build on his exceptional record on the horse.

After Purton had won two from two on Highland Fortune, connections opted to drop the four-year-old back to 1,000m last start, with the jockey saying he struggled with a blistering speed.

“He got run off his legs the whole way and then couldn’t finish the race off,” he said. “The 1,200m is more suitable for him but unfortunately he has a bad gate, he is going to have to deal with that.”