Staying marvel Exultant will face just six rivals as he looks to add a second Group One Hong Kong Vase (2,400m) to his already bulging resume.

The Tony Cruz-trained six-year-old has been the benchmark for stayers in Hong Kong over the past two seasons and will carry the hope of the side again when he squares off with Aidan O’Brien’s Group One winner Mogul.

This will be Exultant’s third crack at the HK$20 million feature, having won in 2018 and finishing third in 2019.

The son of Teofilo, who was crowned Horse of the Year in 2019-20, has built a remarkably consistent record in Hong Kong – he hasn’t missed a place in two years while also placing in all nine of his Group One starts, winning five of them.

Mogul, a three-year-old colt, is one of O’Brien’s rising stars and was being aimed at the Prix de l’Arc de Triomphe (2,400m) last month before he had to be scratched at the eleventh hour due to a feed contamination issue. 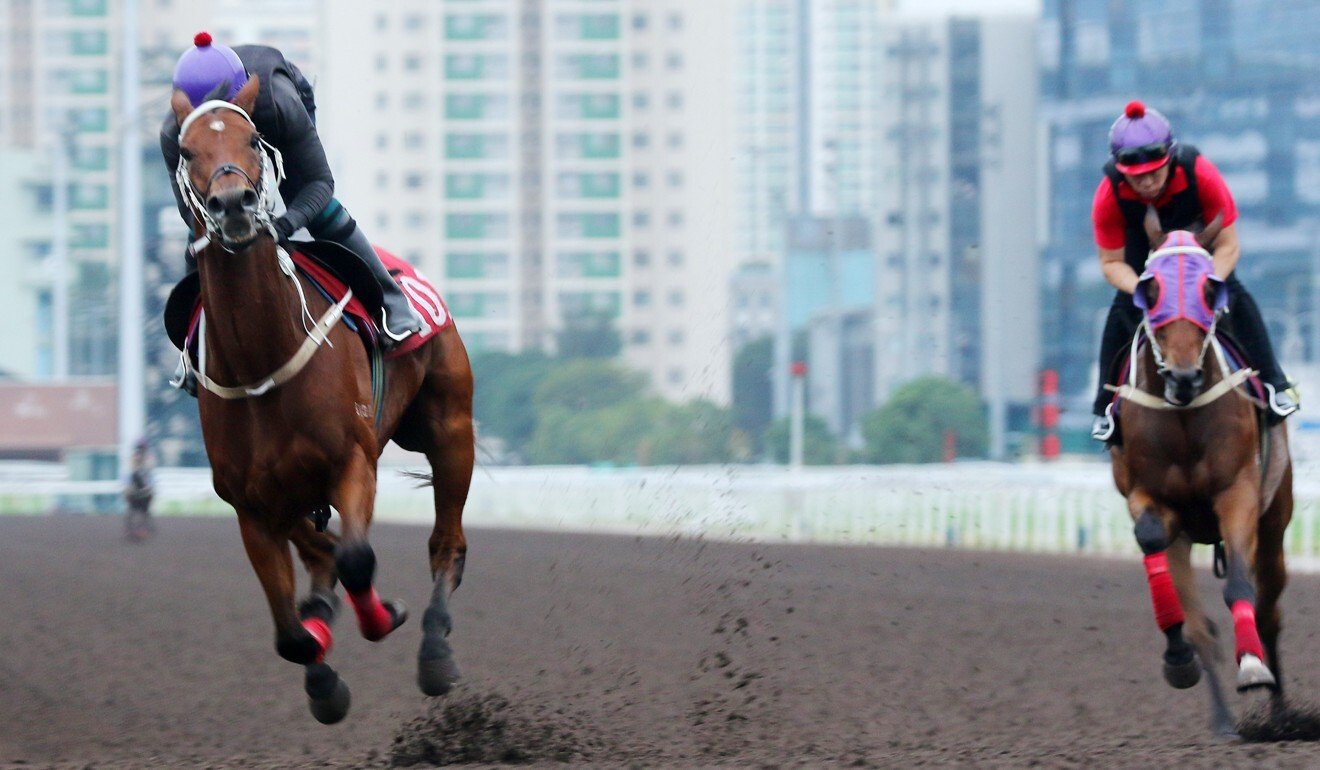 O’Brien instead changed tact and took Mogul to the Breeders’ Cup Turf (2,400m) earlier this month, where he ran a creditable fifth behind Dermot Weld’s gun filly Tarnawa.

Mogul will attempt to follow in the footsteps of O’Brien’s great Highland Reel, who ran third in the Breeders’ Cup Turf before coming to Hong Kong to win his second Vase in 2017.

Mogul’s best performance came in the Group One Grand Prix de Paris (2,400m), where he smashed a field of top three-year-olds in September.

His entry gives the race much-needed depth with no Japanese runners competing after they ran one-two last year with Glory Vase and Lucky Lilac.

Furore takes the G2 Jockey Club Cup for Joao Moreira and Tony Cruz, leading home a 1-2 for the handler with Horse of the Year Exultant snaring second. #HKIR #HKracing pic.twitter.com/VGl54mMIK6

The only other international competitor is Royal Julius for up-and-coming French trainer Jerome Reynier.

The rising eight-year-old has mixed it with the best in the past but has found himself outclassed when stepping up to the top grade lately, his most recent effort a fourth in the Group Two Premio Roma in Italy.

The promising Columbus County headlines the rest of the local brigade, his hopes bolstered earlier this week with championship-leading jockey Joao Moreira confirming his booking on the five-year-old.

David Hall’s stayer Ho Ho Khan will be looking to improve on his sixth in the Vase last year, Chefano wil need to bounce to back to the form he showed last season when finishing second in the Group One Champions & Chater Cup while Hong Kong Derby runner-up Playa Del Puente also gets his chance.

With just seven runners, this year’s Vase will have its smallest field size since it was first run in 1994.