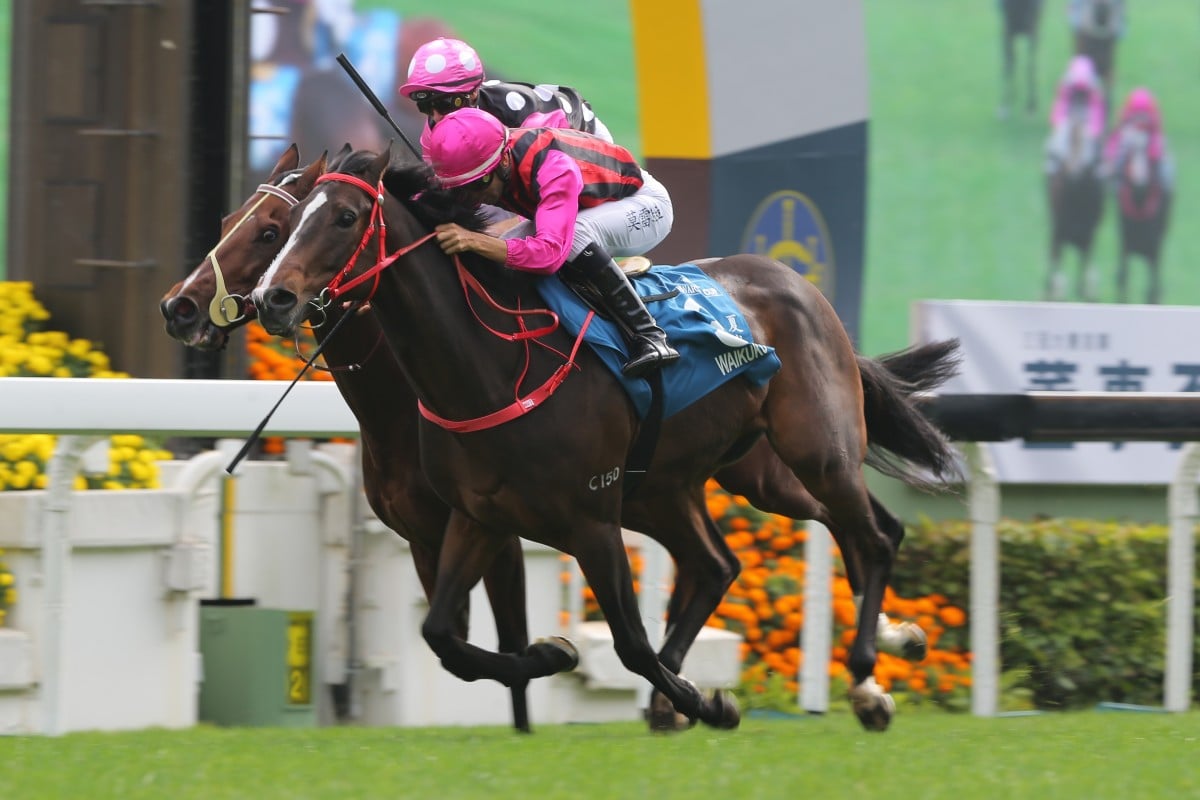 John Size wove his magic to win the 2013 Hong Kong Mile with Glorious Days after the horse hadn’t run in over six months and the ingenious handler will reach deep into his bag of tricks in an attempt to repeat the dose with Waikuku.

The five-year-old hasn’t raced since finishing third in April’s Champions Mile but he trialled nicely at Sha Tin on Friday morning to give Size confidence the reigning Stewards’ Cup champion can absorb Group One pressure first-up on December 13.

“He’s making progress. He’s healthy and well and he’s happy to train, so we’ll go to the races and just hope he gets a sweet run,” he said.

“He’s first-up for a long time and he’s had some interruptions but if he could grab some prize money I’m sure we’d be happy with that and we’ll proceed to the Stewards’ Cup [in January].”

The Stewards’ Cup is another Group One mile Size gave a shake with a galloper returning from a long lay-off, with 2015 Hong Kong Derby winner Luger entering the 2016 iteration after a nine-month break and only going down by a whisker to Richard Gibson’s Giant Treasure.

But despite his proven track record of getting horses to fire off a break, Size maintains there’s no secret to his success.

“I don’t think you can do much, you’ve just got to follow your programme and hope that on the day their class helps them. The class of the horse is normally the most deciding factor in any race,” he said. 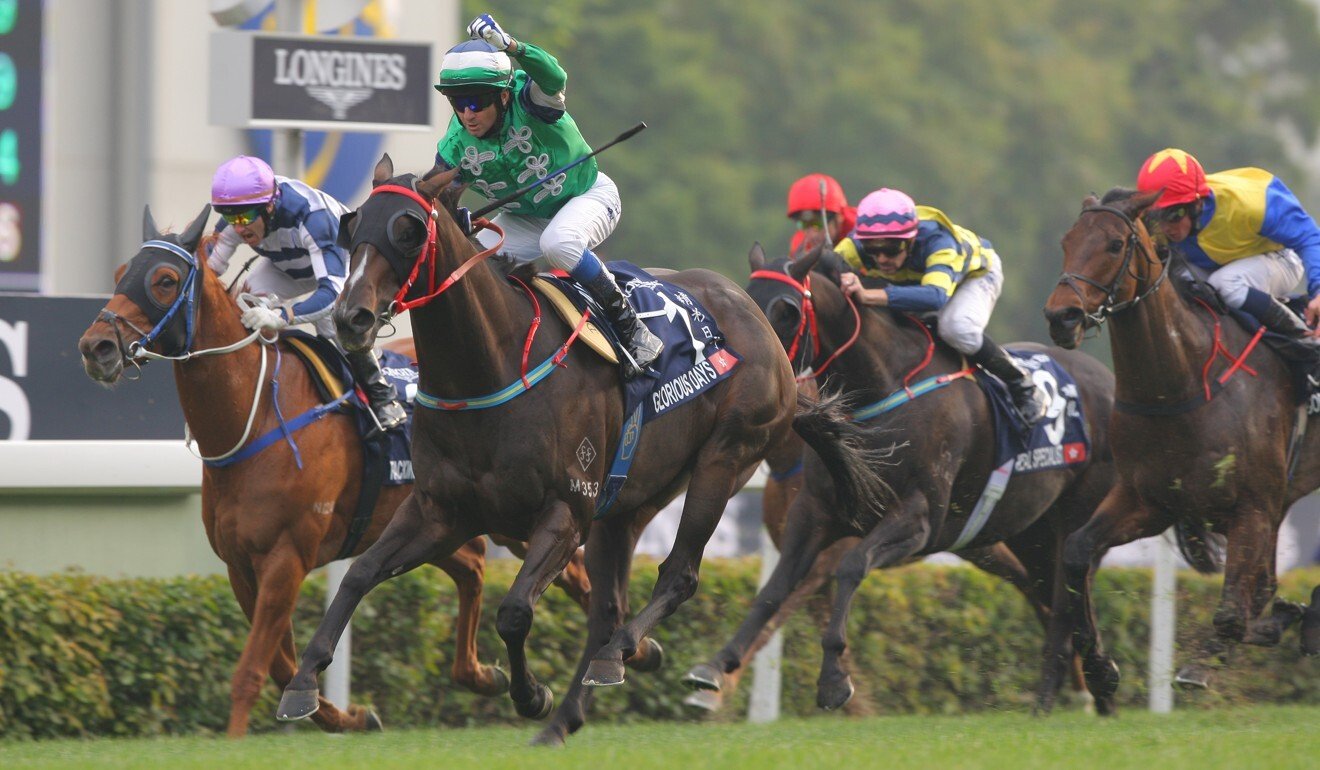 Friday was only Waikuku’s second trial of the season but he looked in good order on his way to a comfortable win.

After settling back in the field early, Waikuku trucked into the race around the home turn under Joao Moreira and coasted to the line.

The gelding meets local superstars Golden Sixty and Beauty Generation and gun raiders Admire Mars and Order Of Australia in the Mile, however this year’s Derby placegetter More Than This will not be there after being withdrawn on Thursday.

The four-year-old hasn’t raced this season and trainer Francis Lui Kin-wai said asking him to tackle top-line milers first-up was too much. 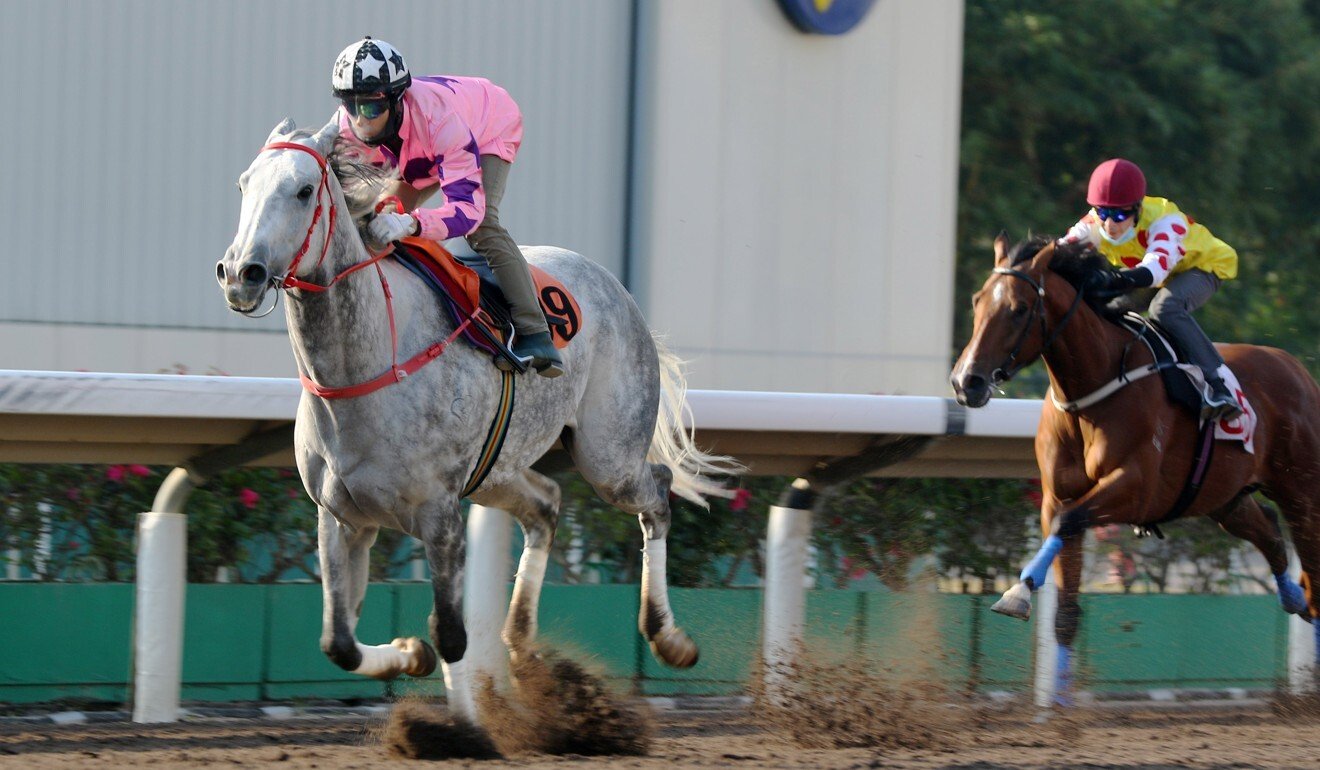 “You could see in the barrier trial he’s still heavy and in the international races you have to be ready, it’s not a normal race where you can have an easy run,” Lui said, indicating he’ll now turn his focus to the Stewards’ Cup with the gelding.

Size’s other Hong Kong International Races representative also saluted in a trial on Friday morning, with Hot King Prawn taking another step in the right direction as he chases his maiden Group One success in next week’s Hong Kong Sprint.

“He’s improving all the time. He was improving before he had his first run and he’s needed the racing to bring him on. He’s a fairly gross horse and you can’t push him, you’ve just got to wait for him,” Size said of Hot King Prawn, who was runner-up in the Sprint 12 months ago.

The Hong Kong Cup also suffered another withdrawal on Friday, with Singapore Sling removed to reduce the field in the jurisdiction’s richest race to eight runners.