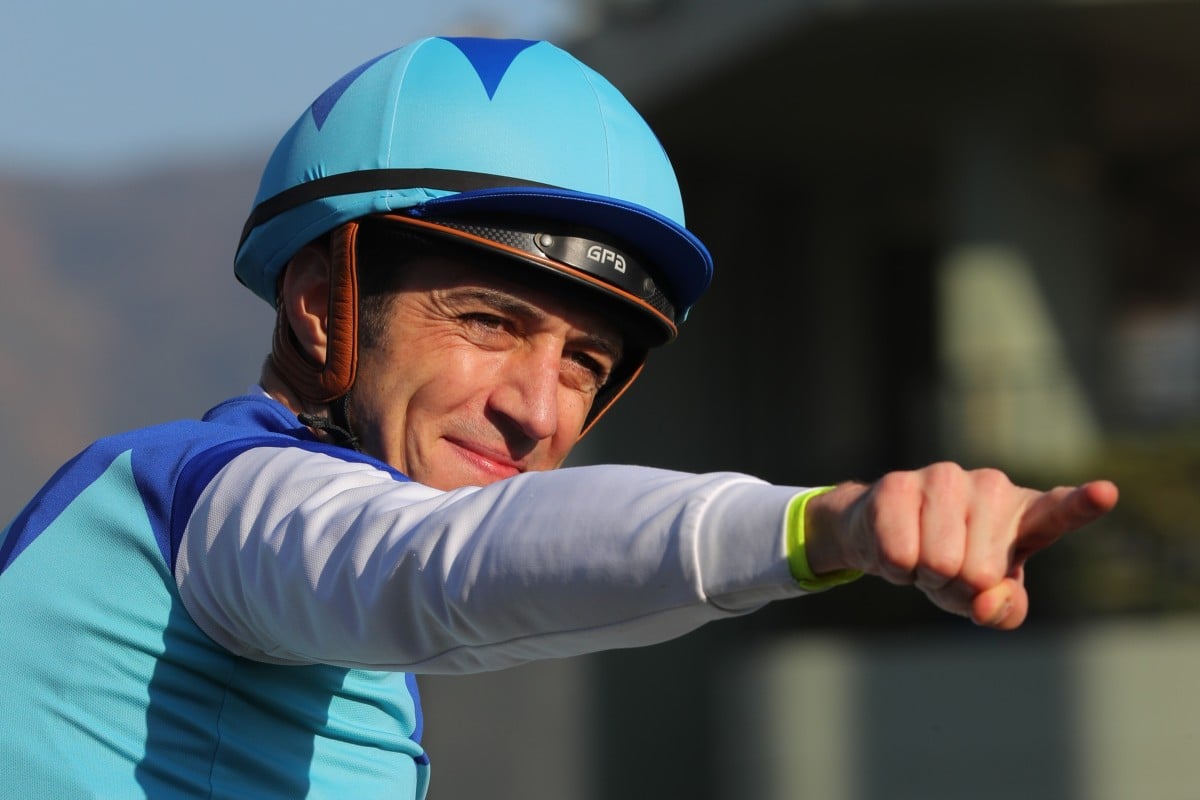 Christophe Soumillon has belatedly been released from quarantine, Vincent Ho Chak-yiu has moved out of his apartment and Zac Purton has been fined HK$40,000 for misconduct as the fallout from Covid-19 continues to keep everyone involved in the Hong Kong International Races on their toes.

The pandemic has thrown plenty of curveballs at all involved but Friday’s potpourri of events took it to a new level.

Firstly the good news, Soumillon has entered the community after a Covid-19 testing irregularity led him to being held in quarantine for an additional 36 hours.

That delay has cost the Belgian ace nine rides at Sha Tin on Sunday – including Group One mounts on Admire Mars, Normcore, Computer Patch and Ho Ho Khan – after Jockey Club officials decided they couldn’t wait any longer – or take a risk – given the uncertainty about when he would be released.

Soumillon arrived in Hong Kong on November 26 and was meant to leave quarantine on Thursday morning after completing a 14-day stint in his hotel but did not receive clearance from Department of Health officials after an issue with a test earlier this week.

Soumillon was found to have contracted Covid-19 in the lead-up to the Breeders’ Cup meeting in the USA early last month but after recovering, he tested negative five times before being licensed to ride in Hong Kong by the Jockey Club.

However, the virus was still in his system so he had to wait until subsequent tests confirmed it was dead, he was not contagious and had developed the necessary antibodies. He has since tested negative twice.

Medical experts confirmed it is “quite common” for some people to still test positive for five to seven weeks after their initial positive diagnosis, despite not being a health threat.

While Soumillon will not be at Sha Tin on Sunday for the HK$95 million event, he will remain in Hong Kong for at least the next two months and begin competing as early as next weekend.

Connected to the Soumillon situation was the HK$40,000 fine issued to Purton.

Stewards interviewed the four-time champion on Friday afternoon and found him guilty of misconduct after sending out a tweet on Thursday night saying “has a jockey in Hong Kong just tested positive to Covid?”. 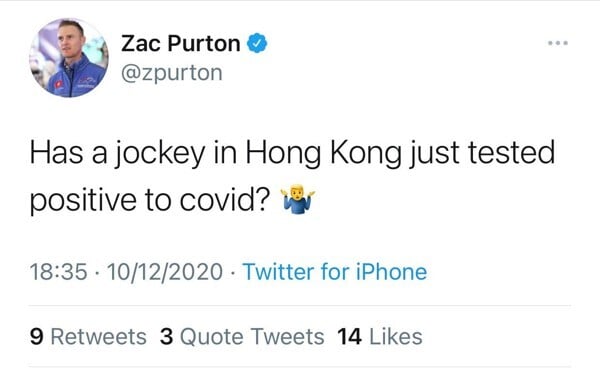 They declared it had “the potential to create uncertainty regarding the continuance of racing in Hong Kong in the immediate future”.

Meanwhile, Ho has moved out of his apartment “as a precaution” after a potential Covid-19 positive was found in his building.

The 30-year-old reported the situation to Jockey Club officials and he has been permitted to ride on Sunday, where will be aboard two Group One favourites in Golden Sixty and Classique Legend.

However, Ho will not participate in trackwork on Saturday morning and the three tests taken by him this week – including one on Friday – have all been negative.