After an eventful week, the Australian now stands alone as the most successful jockey in Hong Kong International Races history 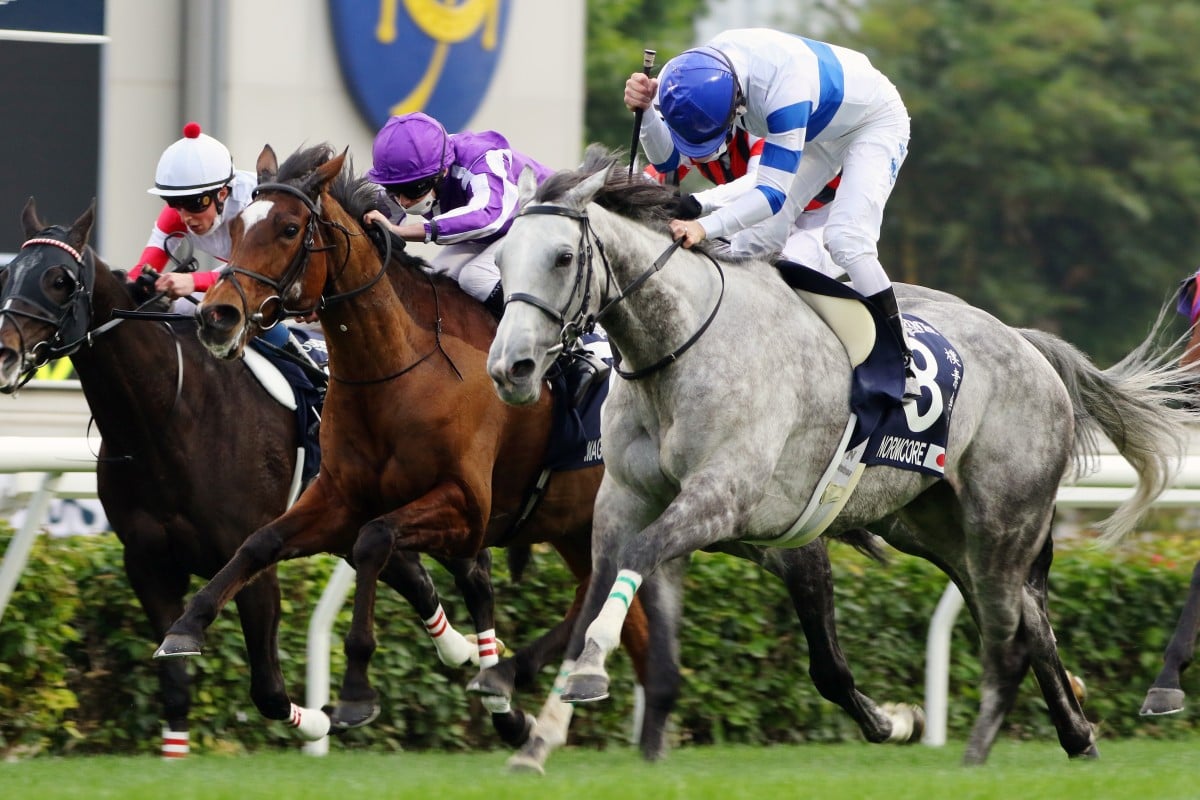 Covid-19, off-track drama and the visitors showing their strength – nothing encapsulates this year’s edition of the Longines Hong King International Races more perfectly than Normcore’s win in the Hong Kong Cup.

Four-time Hong Kong champion Zac Purton was the central figure in all of it and he now stands alone as the most successful jockey in HKIR history with nine victories, breaking his deadlock with Gerald Mosse.

The backstory of how the Australian got on Normcore is quintessentially 2020.

Purton had committed to the ride last month but when it was announced Christophe Soumillon would compete at the meeting, connections opted to go with the Belgian ace. 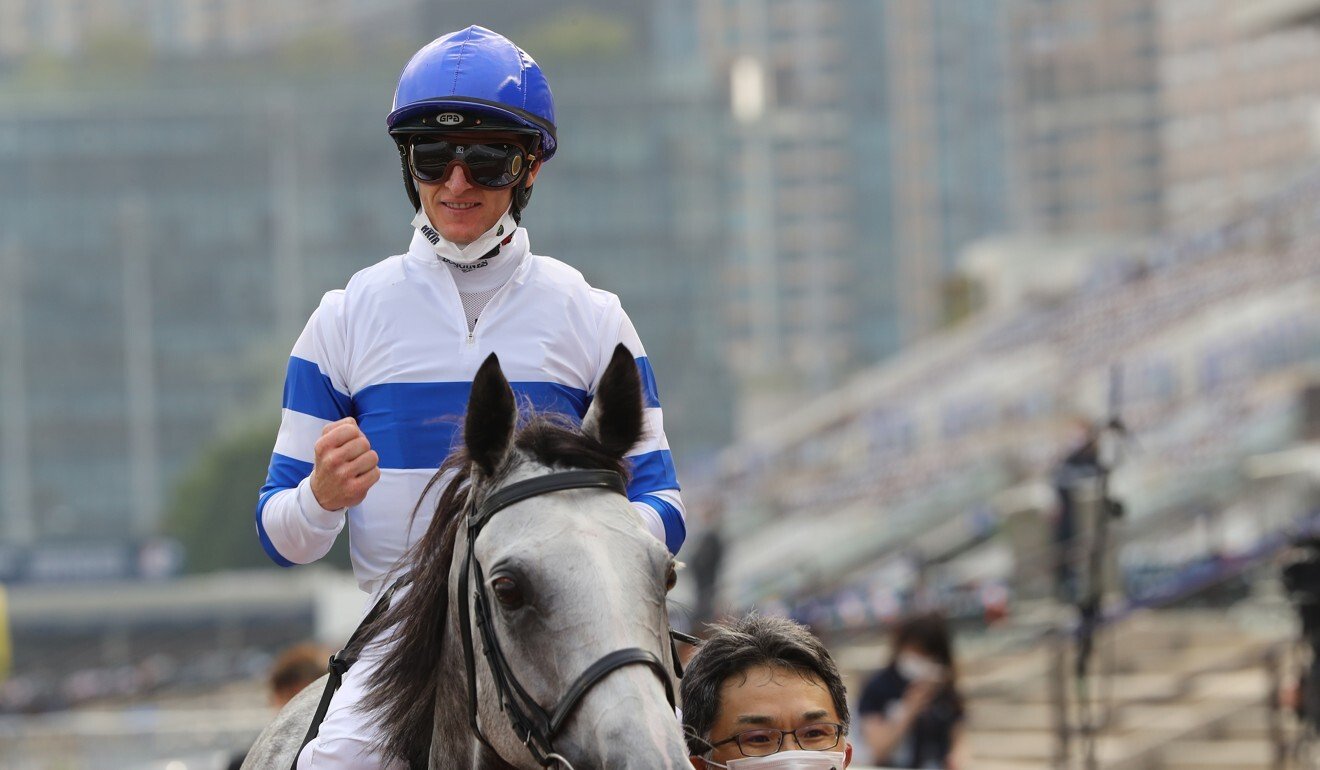 But then a testing irregularity was found in Soumillon’s last swab before clearing quarantine and it forced him to remain in isolation longer than expected, with Jockey Club stewards deciding to stand him down on Thursday afternoon, thus opening up the Cup ride again.

Purton was available and took the mount – cheekily tweeting out “has a jockey in Hong Kong just tested positive to Covid?” before the news was made public.

The stewards frowned on that, hitting him with a HK$40,000 fine for misconduct, while Soumillon was ultimately given the green light to enter the community 36 hours later than expected.

The delay and safety-first position of the Jockey Club ultimately proved extremely costly – there were plenty sympathetic to his plight given he watched on from his hotel couch.

But Purton was there to cash in – collecting a cut of Hong Kong’s richest race (HK$28 million), something which goes nicely alongside the HK$500,000 first prize for winning Wednesday night’s International Jockeys’ Championship. That fine was just chump change in the end.

The race itself was relatively straightforward with Normcore ($10) settling fifth in the field of eight as Time Warp took up his customary pacemaking role.

The five-year-old grey mare pulled a little bit down the back straight but last year’s champion Win Bright ($10) gave her the perfect cart into the race.

The two compatriots battled it out over the concluding stages with the Kiyoshi Hagiwara-trained Normcore gaining the upper hand late, prevailing by three-quarters of a length with $2.90 favourite Magical finishing off strongly for third. 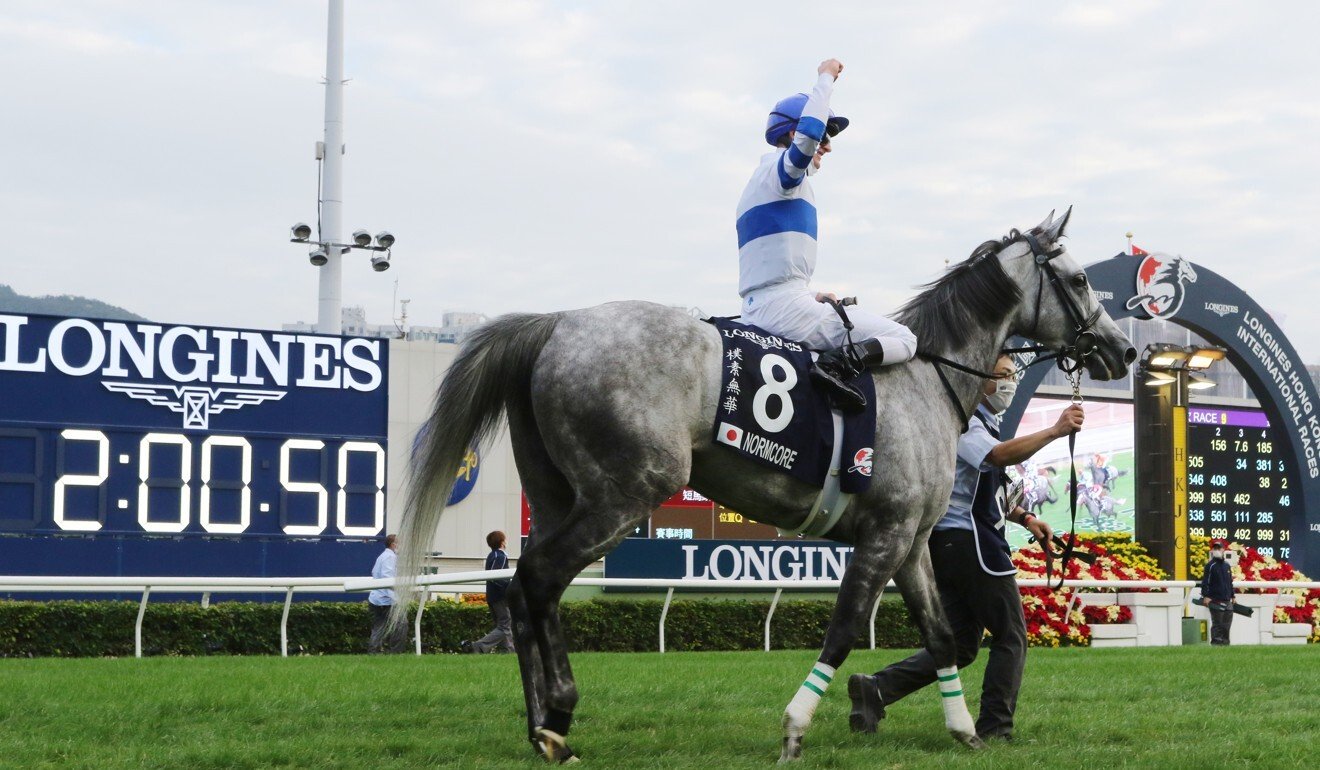 “She had to fight for it,” Purton said. “Win Bright gave a really good kick and his love for Sha Tin was starting to show through – he was a very hard horse to get past. But she was determined and inch-by-inch she just kept putting herself in the frame and thankfully got there.”

It was a moment the 37-year-old relished, even unleashing a rare fist-pump after the line.

Purton knows all the records – and where he sits in relation to him – so this one was particularly special given all the circumstances.

“It’s something I’m very proud of – it’s a great achievement,” said Purton, who became just the second jockey in Hong Kong racing history, after Douglas Whyte, to notch 1,200 winners on Wednesday night. “To also now be the only jockey to win the full set of international races twice is also for myself somewhat rewarding.

“I’ve had a lot of luck – none more so than at this meeting – it’s been a great meeting for me for a while now.

“It’s just about getting on the right horses and fortunately for me I found myself on the right one again today, obviously it was a late pick-up ride but it came back to me and it worked out well.”

The grey mare Normcore lands the win in the Hong Kong Cup with a gun ride from @ZPurton pic.twitter.com/17e8wCGk7z

The Yoshihiro Hatakeyama-trained Win Bright heads to a career at stud now after another gallant performance at his favourite venue, the site of his QE II Cup and Hong Kong Cup wins of 2019.

Japanese horses have now won four of the past six Hong Kong Cups with Maurice (2016) and A Shin Hikari (2015) kicking off the recent run.

“Magical probably didn’t quite get the race run to suit as she needs a high tempo from a good way out but she ran another solid race and we were delighted with her again,” O’Brien said.

Another Japanese horse, Danon Premium, came fourth, with the three Hong Kong hopes – Furore (fifth), Dances With Dragon (sixth) and Time Warp (eighth) – finishing in the back half of the field.

French galloper Skalleti was heavily backed late but was slow away and never came into the race.