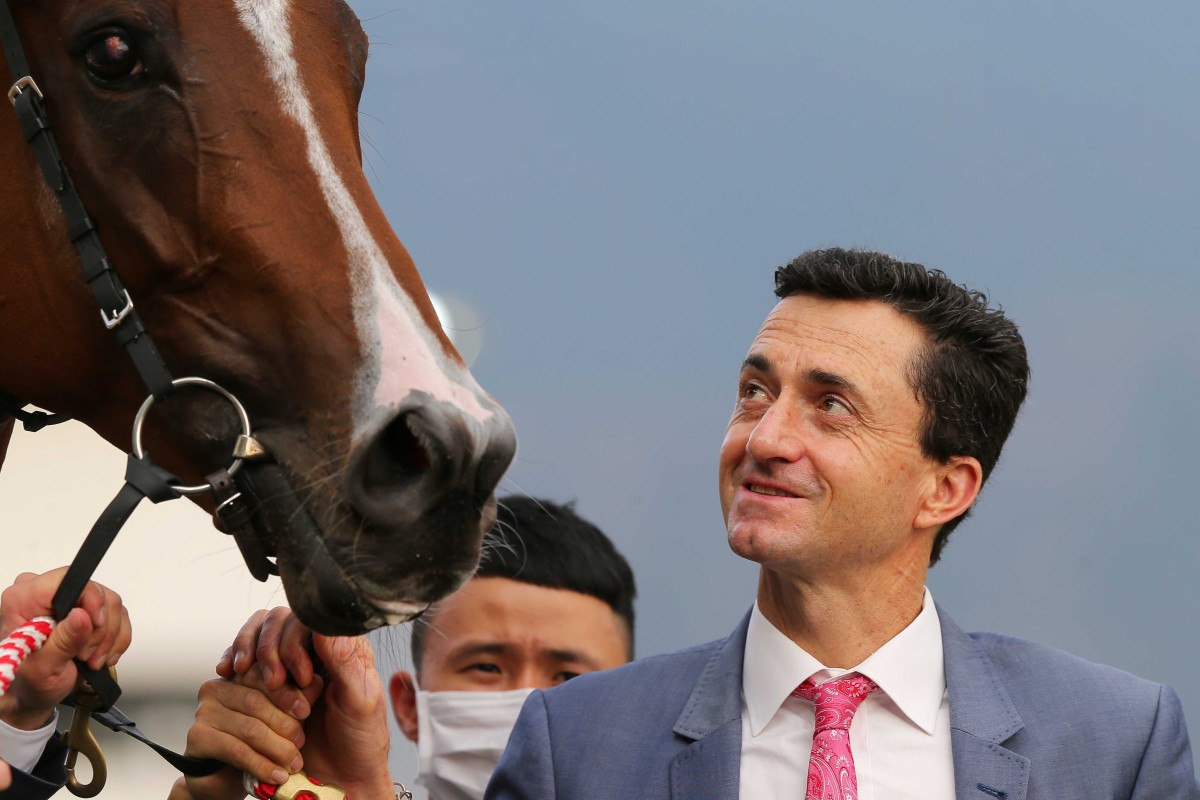 Douglas Whyte admits boom Irish import Russian Emperor is already putting a “spring in his step” more than two months out from the Hong Kong Derby.

The impeccably bred colt, by Galileo out of Atlantic Jewel, makes his Hong Kong debut at Sha Tin this Sunday and the second-season trainer is dreaming of having his first runner in the race he won three times as a jockey.

“He’s been a lovely horse since he stepped into the yard and he’s just progressively got better. It’s very exciting now that he’s mentally starting to switch on and physically starting to show some shape,” said Whyte, who captured Derby glory in 2010 (Super Satin), 2012 (Fay Fay) and 2013 (Akeed Mofeed). 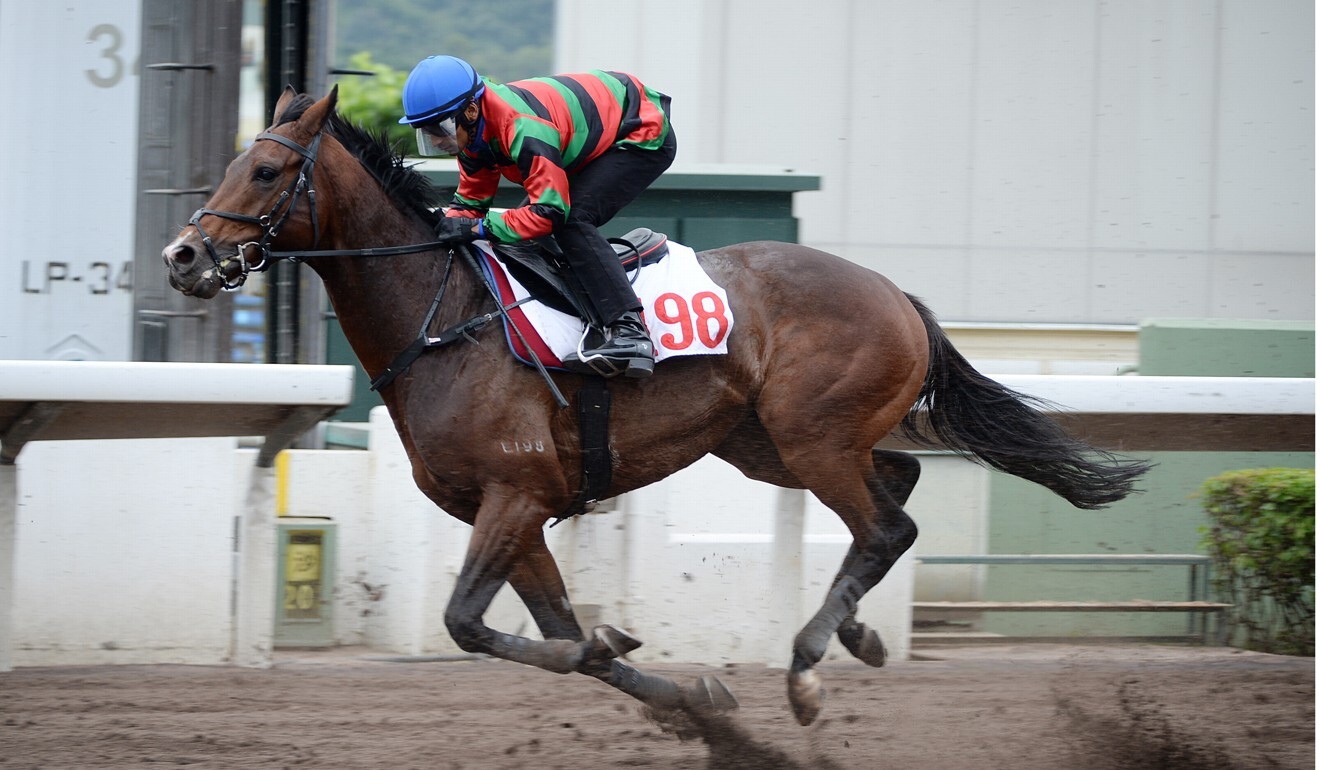 “This time last year I didn’t have anything leading towards the Derby but he certainly puts a spring in my step and gets me here every day.”

He also saluted over a mile in Ireland and Whyte knows his charge will improve the further out he gets in trip.

“He looks like he’s got a nice turn of foot and he looks like a decent 10-furlong [2,000m] horse. He should get a mile quite easily but it looks like 10 furlongs is his go,” Whyte said.

“The 1,400m is going to be way too short but I’m throwing him in the deep end without killing him. This is the perfect lead-up and should he run well, he gets his chance in the Classic Mile [on January 24].”

Russian Emperor has only trialled twice since arriving in Hong Kong in September, with Whyte content to bide his time.

“He’s nowhere near his top level of fitness at the moment,” he said. “He’s a beautiful horse, there’s a lot of scope and a lot of horse underneath you when you sit on him so I’m just trying to get him there as slowly as possible without any upsets along the way. 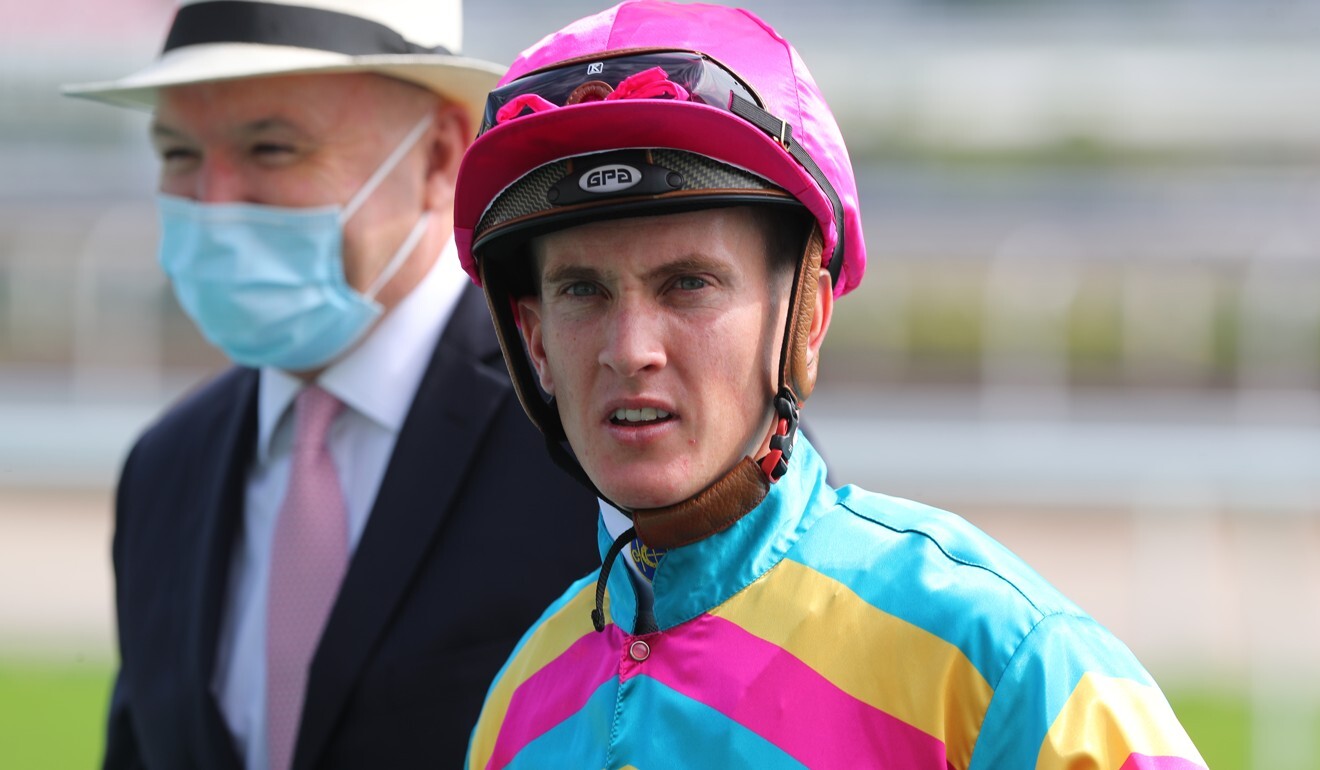 “You get these Irish and English horses – if you rush them, the hard ground, the different climate and the different environment tends to slow them down. But he’s really accepted what I’ve given him and he’s in good enough order to line up.”

In a race full of Classic Mile hopefuls, Russian Emperor will be ridden by Chad Schofield from gate eight and the jockey is hoping he can strike up a lasting relationship with the horse with the Derby in mind.

“Hopefully [I can stick with him], I’ll leave that to Dougie,” Schofield said. “First and foremost we want to see him run well on the weekend and it’ll be a nice starting point for him.

“I’ve never sat on the horse but obviously he’s come with a bit of hype and he’s obviously a very good horse. It’s exciting to see what he can do on Sunday.”