The astute trainer collects three winners at the city track on Wednesday night, a perfect entrée for Sunday when Hong Kong’s best horse chases his 12th straight victory in the Group One Stewards’ Cup 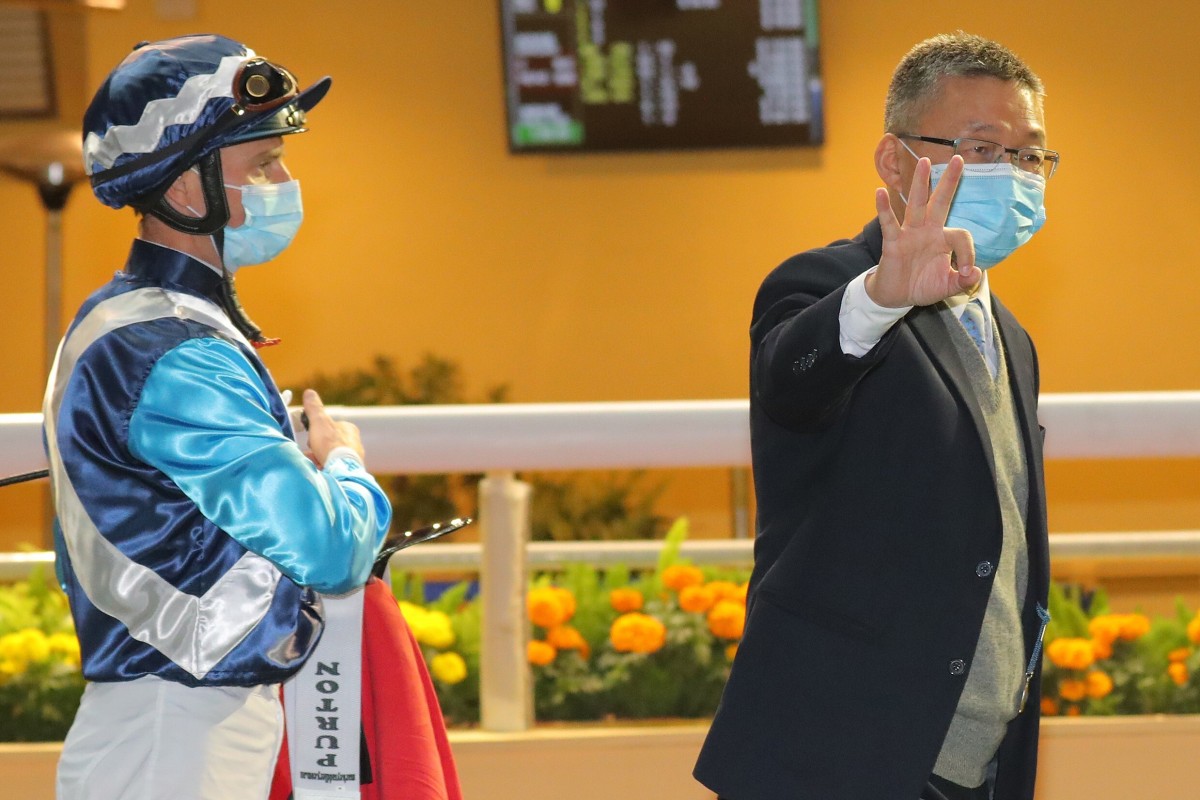 With Hong Kong’s best horse Golden Sixty and Classic Mile contender Lucky Patch lining up, Francis Lui Kin-wai will have a big say in Sunday’s features at Sha Tin and he heads to the races in top form after notching a treble at Happy Valley on Wednesday night.

While the big guns were safely tucked away in their stables, it was some of Lui’s lesser lights who shined during the midweek card in the promising Stock Legend, reliable veteran Winston’s Lad and the untapped Igniting.

Stock Legend was the stand-out of the three and he looks a new horse since transferring across from Jimmy Ting Koon-ho in the off-season.

Last term, he placed once from nine starts but has now landed back-to-back victories and the manner of his performance in the first section of the Sam Chuk Handicap (1,200m) suggests there are more to come.

Jumping at $1.60, punters never had a moment’s worry as Joao Moreira settled the four-year-old just behind the speed before pulling out in the straight and cruising home in comfortable style, beating Prance Dragon by a length and a half.

Lui has been patient with Stock Legend – his wins were more than three months apart – but it was required to unlock to his talent.

“He had a lot of bad habits – he would miss the start, race with his head turned left and do all these silly things,” he said. “We had to take time to educate him. Joao was a big help, he’s been teaching him in barrier trials. It seems to have paid off.”

It was the middle peg of Lui’s haul, which began with Winston’s Lad (Karis Teetan) in the third event.

The nine-year-old, who began his Hong Kong career in November 2015, recorded his ninth win in the city – a feat very few accomplish – when he ran over the top of Jolly Good Heart and Honest Way.

The treble was complete when Igniting led from barrier to box under the guidance of Zac Purton in the last race.

It means Lui rolls into Sunday’s feature meeting in a positive frame of mind – as he should given Golden Sixty is chasing a 12th straight win in the Group One Stewards’ Cup.

“Everything is good,” he said. “[Golden Sixty] is ready. It’s the same as normal. I’m feeling confident.”

The champ bags a double with a well-judged front-running ride atop Igniting in the finale. #HKracing pic.twitter.com/yim09W9TUI

Lui is also optimistic about the hopes of Lucky Patch, who looks likely to be an each-way chance in the HK$12 million Classic Mile.

“His condition is coming – he’s improving,” he said. “I think he’ll get the 1,600m, he’s only had a few races so he might just need to get some miles into his legs.”

The other trainer to collect multiple winners on the nine-race programme was John Size, who went home with a double after Wealthy Delight (Moreira) and Scores Of Fun (Vagner Borges) prevailed.

The latter returned to the winner’s circle after five seconds from his previous seven starts but it was an incident at the start of the eighth race that hurt punters.

The $2.70 favourite Ima Single Man (Jerry Chau Chun-lok) was fractious in the gates and reared right as the starter pushed the button, leaving him a long way behind the pack, eventually finishing about 30 lengths behind the winner. Stewards reviewed the footage but his backers were left high and dry after they declared he was a runner.