In-form Casimiro takes after his trainer: ‘I’m also improving as I get older’

After only winning one of his first 27 starts in Hong Kong, Paul O’Sullivan’s seven-year-old rattles off his third win from his past five runs at Sha Tin on Sunday 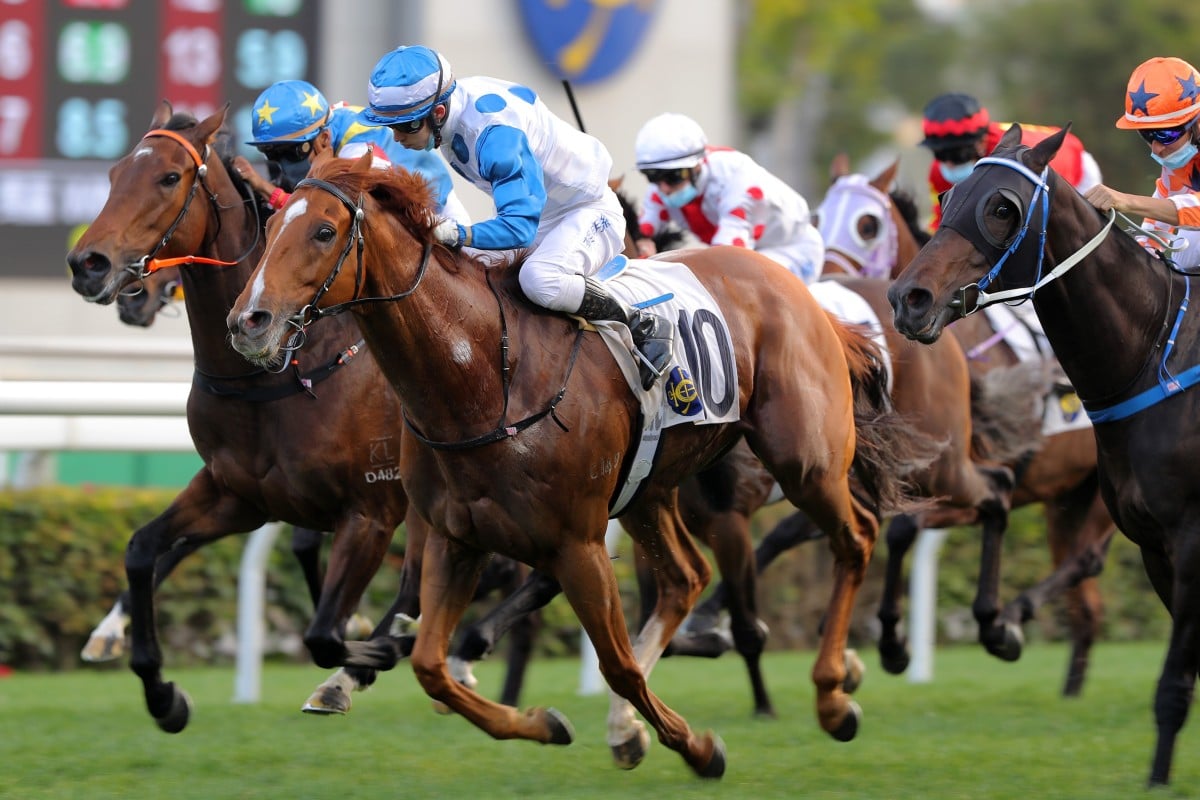 The seven-year-old is racing in career-best form at the moment, rattling off his third victory from his past five starts in the Class Three Siu Sai Wan Handicap (1,600m).

Before this winning streak, Casimiro had won just one of his 27 starts in Hong Kong but he’s struck a purple patch.

Punters thought he might have reached his mark, sending him out at $33, but the son of Casamento didn’t know his price and finished off strongly to beat home Telecom Fighters and Authentic Champ to continue his exception run. 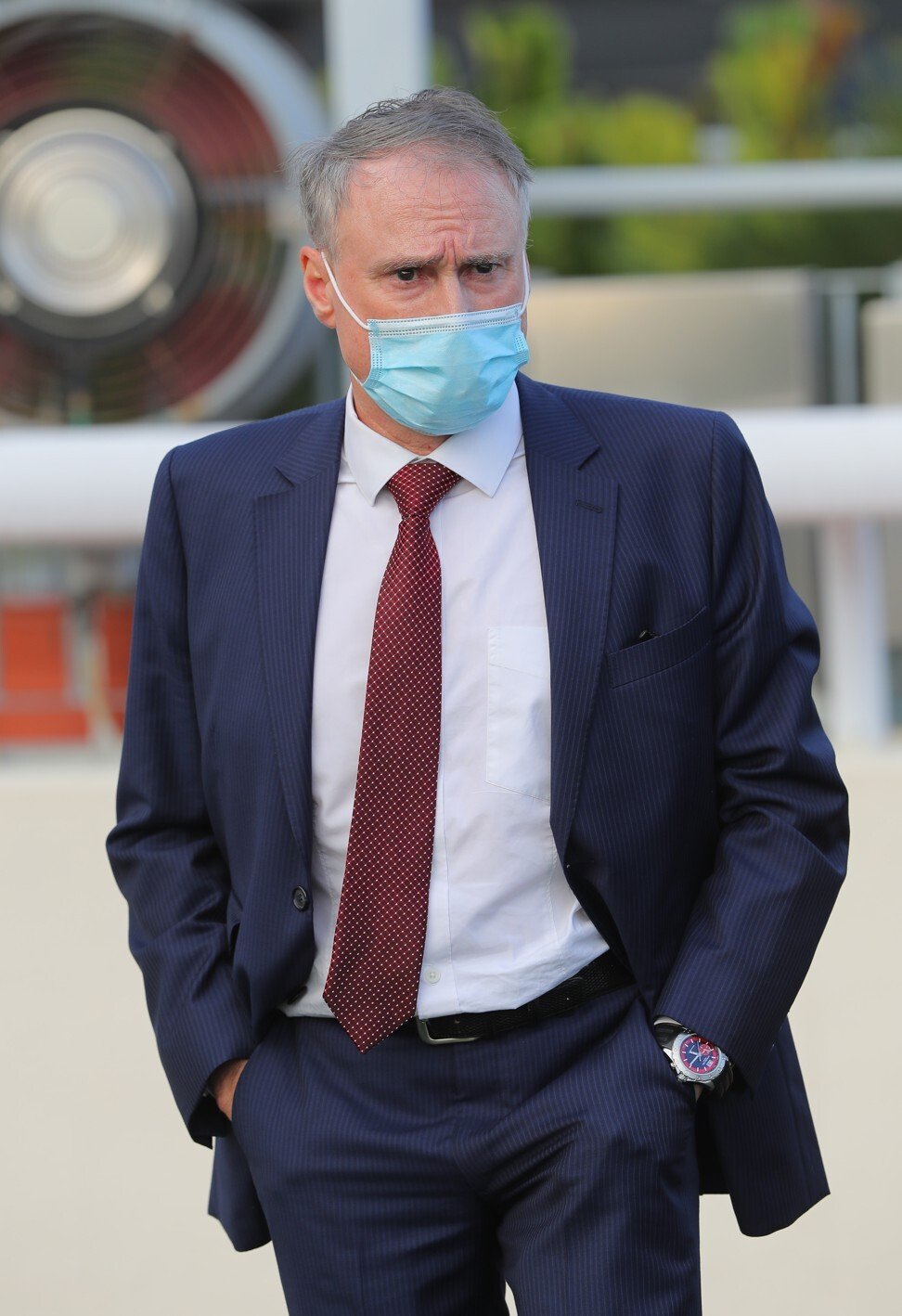 “I’m also improving as I get older,” the 61-year-old O’Sullivan said with a smile. “He’s probably racing at his peak, he’s been a slow-maturing horse.

“You often see here in Hong Kong they just go one season absolutely at their peak and either old age gets them or the handicapper does. We’ll take every one that we can get … he’s done a great job.”

Casimiro was given a great ride by Matthew Chadwick, who found a lovely spot in midfield after jumping from barrier 10.

It was a bounce-back run after finishing 11th in his previous start but he had an excuse.

“His last run was disappointing, he pulled up with a fair bit of mucous in his trachea but it was a long way below par,” O’Sullivan said. “It was a terrific ride from the gate to end up virtually on the fence – it’s a great advantage to conserve your energy.

“He stuck to his task and since he’s stepped up to the 1,600m, apart from one race, he really hasn’t run bad.”

The New Zealand trainer didn’t have things go entirely his way on the day with Duke Wai completely luckless in the last race.

After enjoying a quiet time of it in transit, apprentice Jerry Chau Chun-lok was searching for a run for almost the entire straight but it was all over by the time he saw daylight very late, eventually finishing sixth.

His two big guns might have fallen just short of Glorious Dragon in the Group Three Centenary Vase but Tony Cruz still enjoyed a winning day, collecting a double.

The legendary handler watched on as Exultant and Furore filled the minor placings in the day’s feature – a good warm-up for the Group One Hong Kong Gold Cup on February 21 – but he moved into third place on the championship ladder after Galaxy Emperor and Beauty Smile prevailed.

The former ran over the top of his rivals in the Class Five Aldrich Bay Handicap (1,400m), while the latter stuck on strongly in the Tathong Channel Handicap (1,400m) to give Chadwick the first leg of his double. 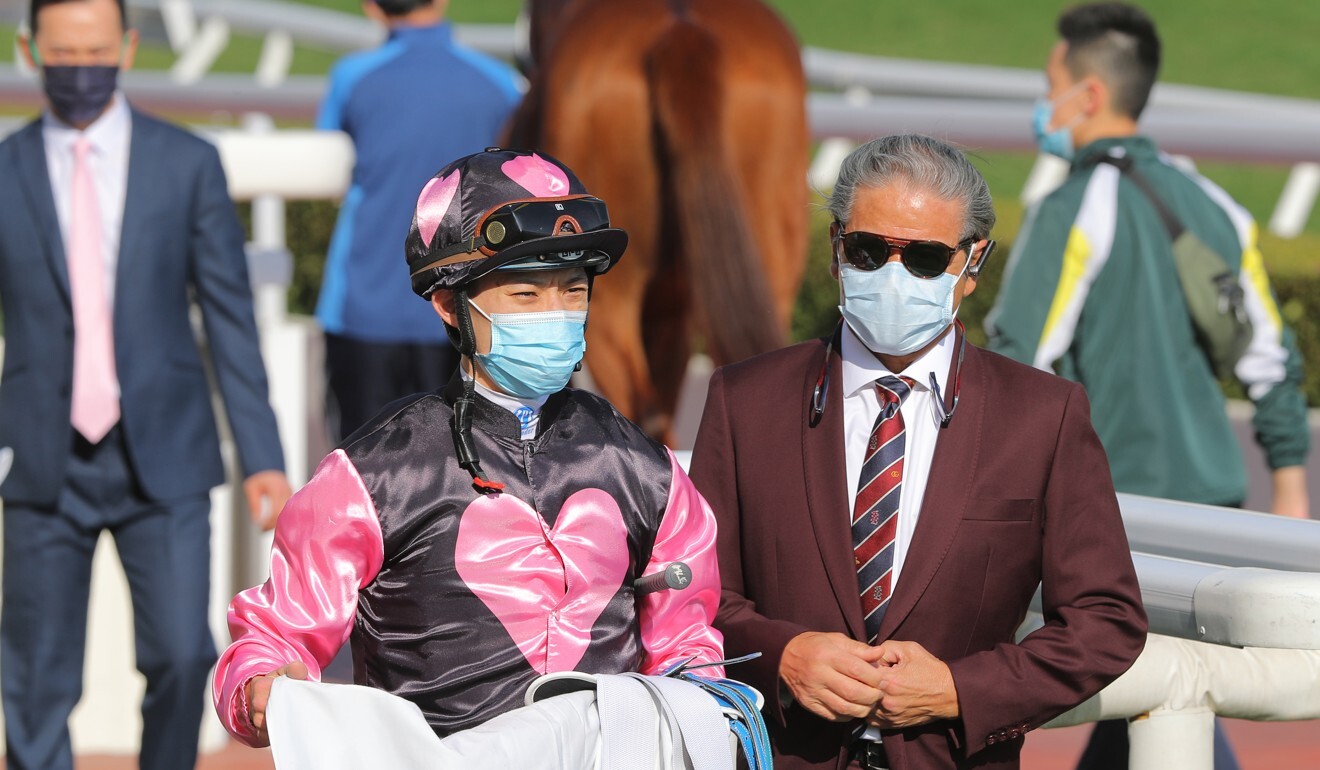 Funnily enough, Cruz rarely has winners in Class Five – he doesn’t have that many horses that low in the ratings – but Galaxy Emperor was his second winner in the cellar grade this week after California Legend prevailed at Happy Valley.

They are his only two Class Five wins this term but he now has 33 overall, just six behind championship-leader Caspar Fownes.

Championship-leading jockey Joao Moreira landed a treble on Sunday, but his day was quickly soured by the stewards who whacked him with a two-day suspension for his ride aboard Perfect To Great.

The Magic Man was charged with careless riding in the Class Three Siu Sai Wan Handicap (1,600m) when he caused interference at the 1,400m mark which will see him miss the meetings on February 14 and 17. With a 25-win lead over Zac Purton in the jockeys’ premiership, Moreira’s two-meeting holiday is unlikely to give his rivals much of a look in.

Moreira’s treble – Fantastic Way, Galaxy Emperor and Beauty Applause – took him to 80 winners for the season, with 46 meetings still to go.

With Covid-19 making travel virtually impossible at the moment, Jockey Club officials are not expecting the first leg of the Hong Kong-Macau interport series to go ahead in March.

The coronavirus forced the cancellation of the concept last season and it is set to wreak havoc again.

But even if no Hong Kong horses can make the trip across the Pearl River Delta, the Jockey Club is still planning on simulcasting the day of racing from Taipa on March 14.

“We’ll still do it as a simulcast day and if a miracle happens and horses can go over, they’ll be more than welcome to go but it’s just highly unlikely,” Jockey Club director of racing business and operations Bill Nader said. “[When it’s time for the return leg], if the situation allows [for Macau horses to come across] we’ll honour that commitment, that’s in May.”

Luke Ferraris celebrated a big day at the track with a stunning victory in the Group One Cape Town Met at Kenilworth over the weekend.

The son of Hong Kong trainer David, Ferraris lifted Rainbow Bridge to his second victory in the Cape Town feature, while also taking out Listed race earlier on the card.

“It doesn’t get better than the Met,” Ferraris said.

The Jockey Club simulcast eight races into Hong Kong with betting turnover on the meeting reaching a healthy HK$239,207,354.

The commission from that will be a boost to the South African industry, which has been doing it tough recently.