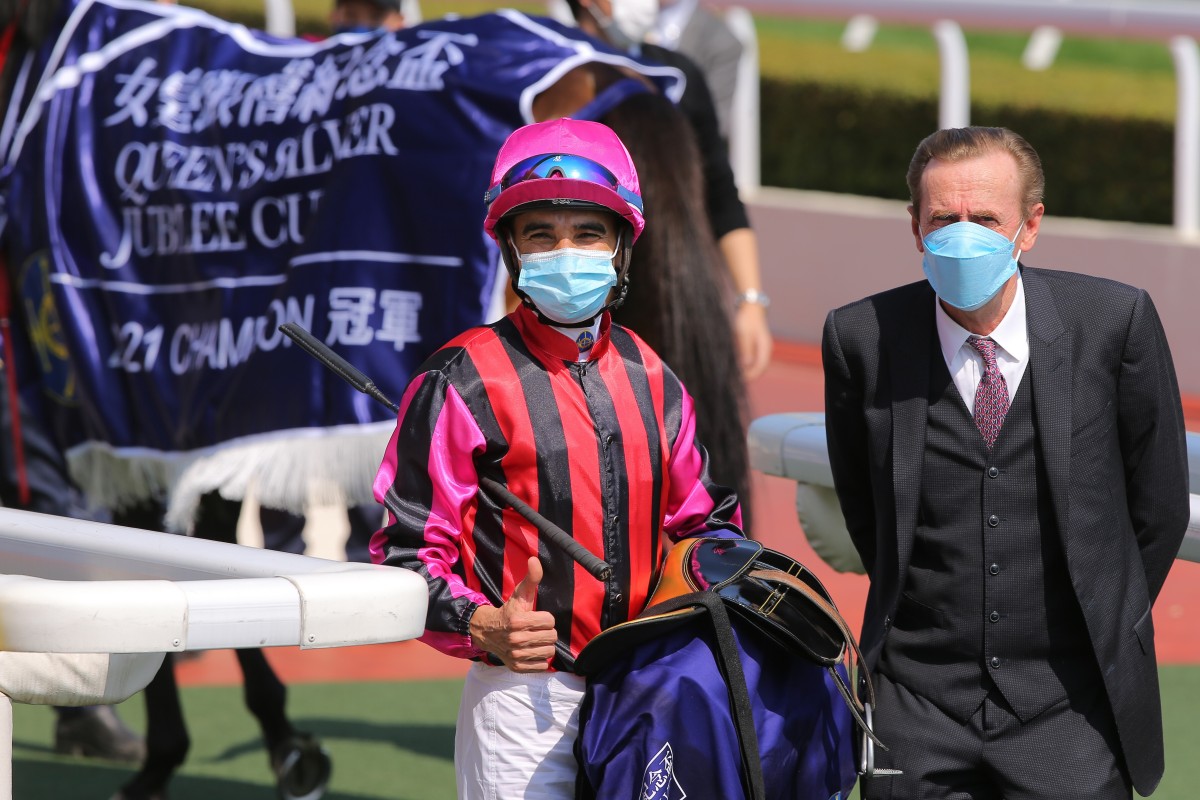 It was a Group One milestone for a Group One trainer as John Size collected his 1,300th Hong Kong winner as Waikuku returned to form in the Queen’s Silver Jubilee Cup (1,400m).

The 11-time champion becomes just the third handler to reach the mark, following in the footsteps of John Moore (1,735) and Tony Cruz (1,329) and it was fitting he did it in one of the city’s 12 top-level races.

Since moving to Sha Tin in 2001, Size has gone from strength to strength and while he doesn’t like being the centre of attention, the 66-year-old acknowledges “every achievement along the way is meaningful”. 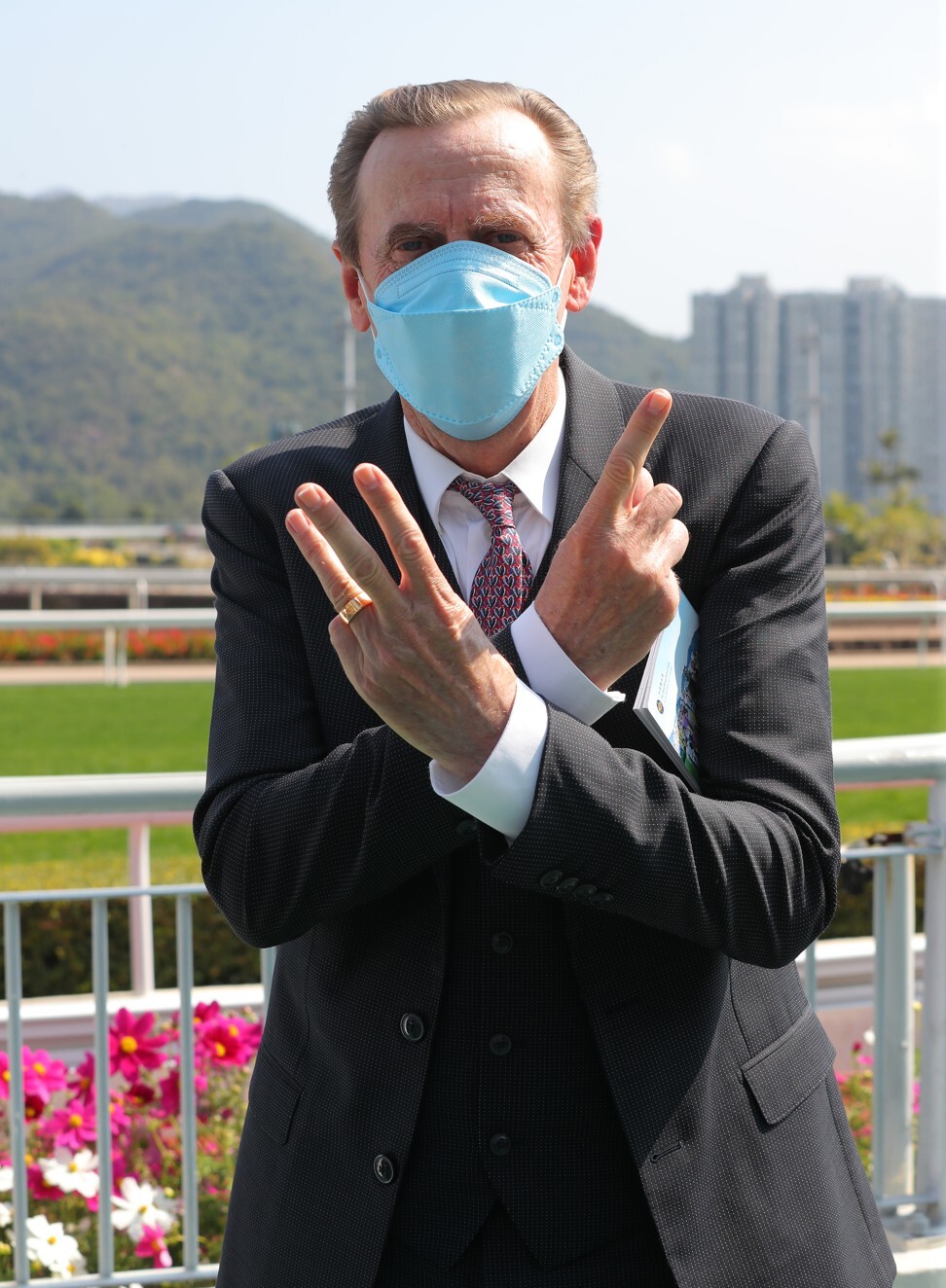 “I couldn’t have imagined that in my wildest dreams,” the Australian Hall of Fame trainer said. “Obviously it’s been a good move, very good for my career, and hopefully I can continue to do a good job for the customers.”

The fact Size has been able to get Waikuku back to his best just highlights his mastery after a couple of early setbacks threatened to derail his campaign.

Waikuku primed for Group One with drop in trip: Joao Moreira

It was not the strongest of Group Ones but once the six-year-old got on the tail of Southern Legend – the only other horse to have saluted at the highest level – the race looked to be in his keeping knowing his ability to rattle off an elite closing sectional.

Championship-leading jockey Joao Moreira ensured Waikuku enjoyed a clear passage throughout before pulling the trigger with 400m to go to beat Southern Legend by a length and a quarter with Mighty Giant flashing home for third.

“He’s such a genuine horse. Once I found myself behind Southern Legend – I knew he was the target horse – I was confident about my bloke,” Moreira said. “When I pulled him out at the top of the straight I knew he was going to be the strongest in the finish and he didn’t let us down.”

Given the challenges confronted, Size was delighted that Waikuku could add a second Group One to go with his Stewards’ Cup title from last year, but knows he had a few things in his favour.

“He had some interruptions early in the season – a couple of times he had a temperature which meant he was out of work for quite a while,” said Size, who moved to the top of the championship with 44 winners after Tempest Express took out the last race. 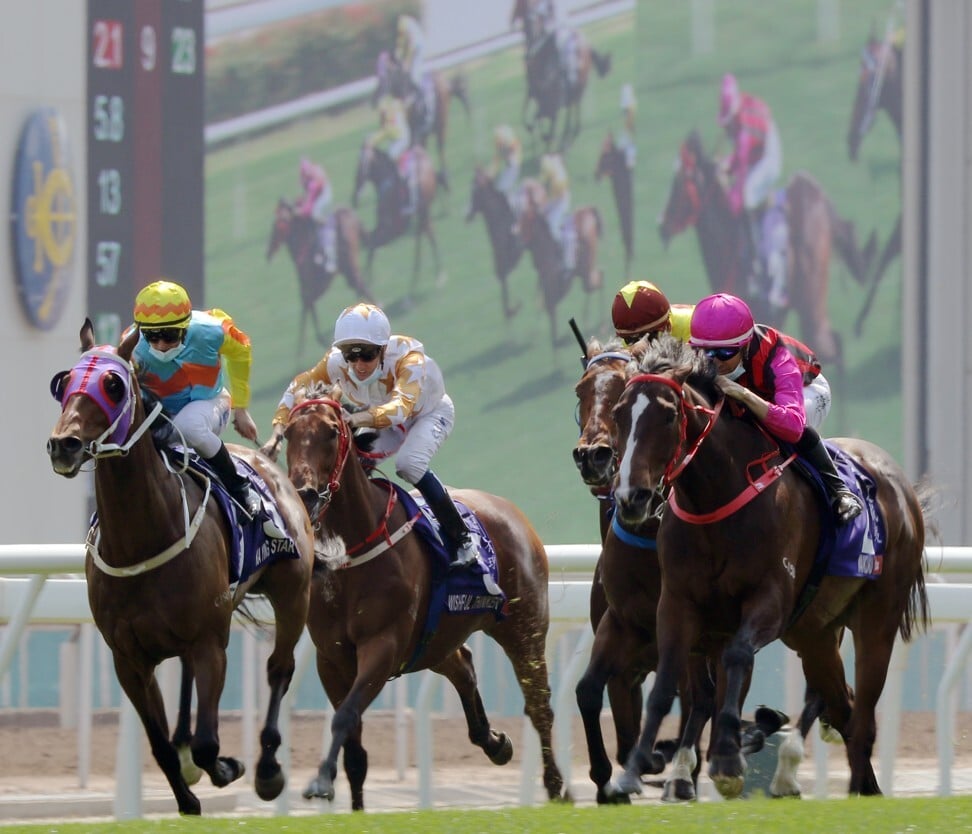 “His first-up run was in the [Hong Kong Mile] and that was a bit difficult for him, second-up he still performed well but wasn’t able to get into the place money. Back to 1,400m was probably pretty suitable for him with our competition just at present and [he likes] the fast track, so he’s able to run some time – he had a couple of advantages today that he doesn’t normally get.”

But those interruptions might prove a blessing with Waikuku hitting form at the right time with two more high-class 1,600m features left in the term – the Group Two Chairman’s Trophy and the Group One Champions Mile, which are both in April.

“The form guide tells you he’s got about three top runs in him and then he tapers off – he can’t sustain it all season,” Size said. “But at the moment he’s only had three races so hopefully he’s got another two good races in him.”