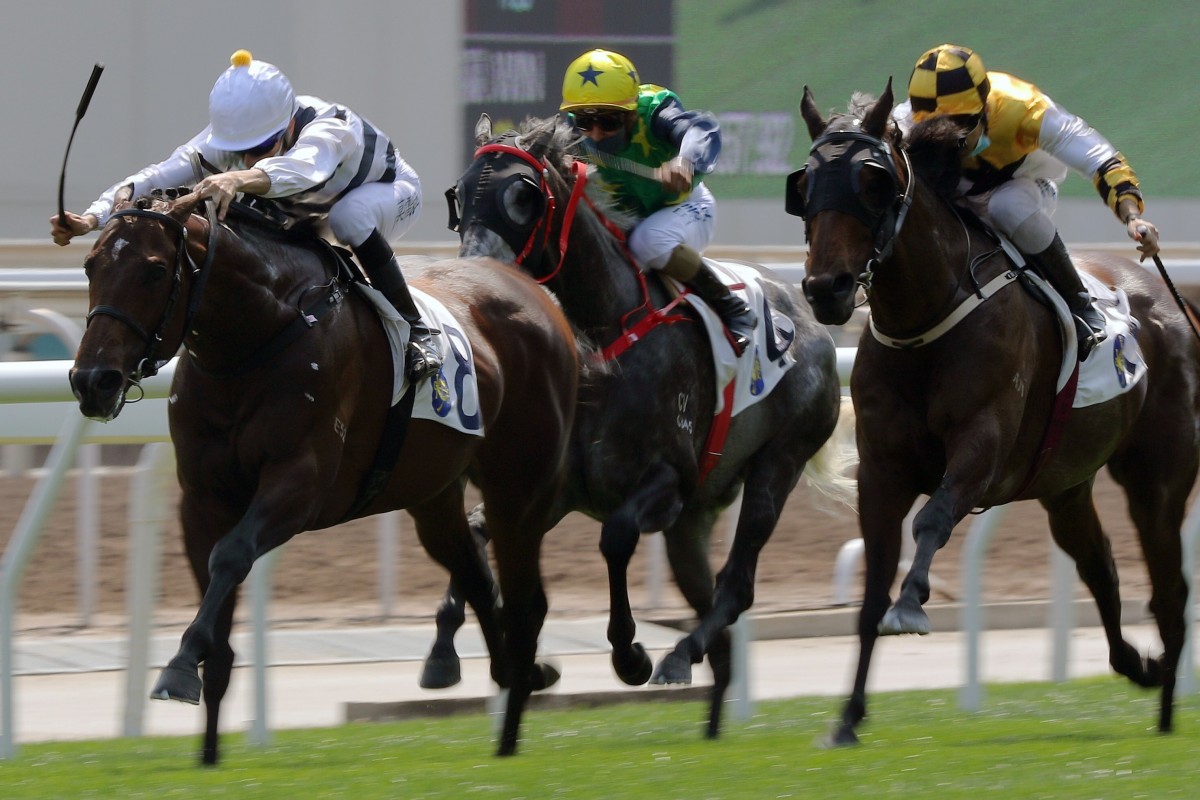 A stable mishap snuffed out Tony Millard’s presence in Sunday’s Classic Cup but the South African was beaming all the same after another emerging four-year-old came to the party at Sha Tin.

While Millard has been forced back to the drawing board with the injured Maximus, it is full steam ahead towards the BMW Hong Kong Derby with Panfield after the Chilean import’s stylish win in the Class Two Ambitious Dragon Handicap (2,000m).

After three consecutive Group One wins in Chile it finally all came together for Panfield at start four in Hong Kong, the colt travelling beautifully in the box seat before Joao Moreira eased him off the rail rounding the home turn and allowed him to hit the line strongly.

“That was dominant. It’s the first time he had a clean run and we have been able to see what we’ve got. He’s the real deal,” Millard said. “He’s a proper Derby horse and I think if they went a little bit harder he would have won by further.”

Moreira will now face a decision on which galloper to partner in the Derby after piloting Sky Darci to seventh in the Classic Cup, but Millard is not concerned about finding a jockey for Panfield.

“Joao’s got so many options and it’s up to him – if he doesn’t ride it there will be no shortage of people, let me tell you,” said Millard, who trains both Panfield and Maximus for well-known owners the Yue family.

While Millard will head straight to the Derby on March 21 with Panfield, he will revert to a familiar path with Maximus after he suffered a laceration to his left front heel and had to be removed from the second leg of the four-year-old series. 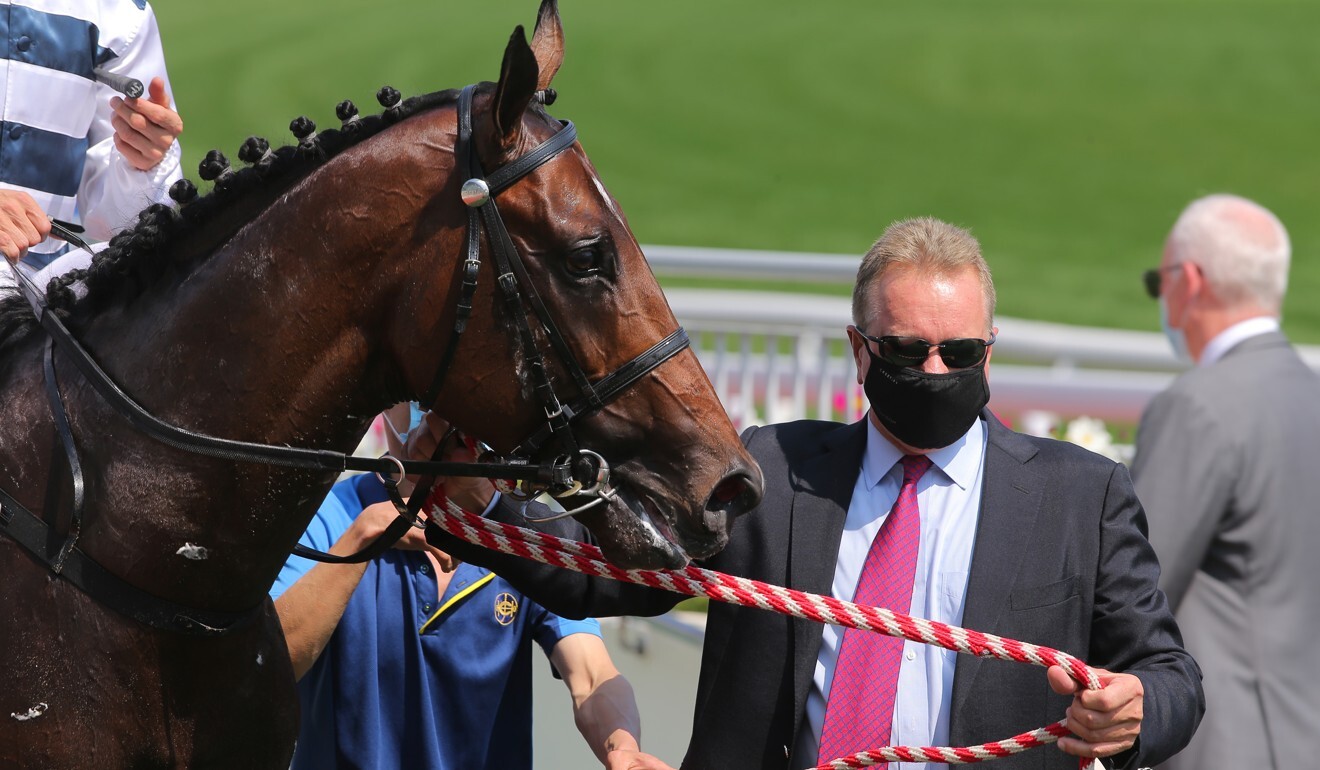 “He’s a fiery horse and he’s jumped and gave himself an overreach. It wasn’t even in the work, it was in the box so it was a little bit unfortunate,” Millard said, adding that he will now run the horse in a Class Two over 1,800m on March 7 – a race the likes of Collection and Akeed Mofeed have used as a springboard to Derby success.

“It’s the same route I took with my first Derby winner, Keen Winner. He won that race and then he won the Derby. I think Maximus is as good as [Panfield] but Maximus is very difficult and does so many things wrong so everything just has to go right.”

Panfield’s victory completed an early running double for Millard, who also took out the opener with Resolute, and he chimed back in later on the card with Silver Fig to complete his first treble since October 2018.

Resolute’s victory in the Class Four Gold-Fun Handicap (1,200m) was a welcome one for Millard, with the dirt specialist ringing up his second win for the season after consecutive runner-up finishes.

“He is what he is, he’s only a Class Four horse but what I’m happy with is that he’s reproduced – he’s run well,” Millard said. “But I think Class Three is going to be a bit tough for him.”

Silver Fig landed back-to-back victories in the Lucky Nine Handicap (1,200m) on the all-weather track, snaring a sixth career victory and his first in Class Two.

Piccone and So best of friends

Chris So Wai-yin orchestrated consecutive wins with a horse “nobody wanted” with the help of a daring front-running ride from Frenchman Tony Piccone.

Onto his fourth trainer and after a string of issues including throat surgery to correct a roaring condition, Pakistan Friend has a new lease on life.

“A lot of people were saying the horse is no good after the surgery. Nobody wanted him so I said to the owner ‘let me try’,” So said of Pakistan Friend, who has had stints with Tony Cruz, Paul O’Sullivan and Danny Shum Chap-shing.

Piccone improved his record to two-from-two aboard the six-year-old with a swashbuckling ride that saw him lead by seven or eight lengths 700m from home.

“With his throat, he needs a smooth passage to give him a chance to breath and kick again,” So said. “We talked about the most important thing being to lead but I didn’t expect him to go that fast.

“He went a bit faster than what I thought but most importantly he did it in the right way. In the last 50m he almost stopped but he did a good job, I can’t complain.”

After three wins in his first six starts under the care of Cruz, including a Class Three win on a mark of 65, Pakistan Friend went over two years between drinks before breaking through in January.

He will now find himself in Class Three again and So indicated he will look to enlist the services of a claiming jockey to give the horse every chance of performing again.

“The horse has improved after the surgery and he’s doing well. We go back to Class Three and let’s see what he can do,” So said.

Most the Jockey Club’s off-course betting branches will reopen on Monday after the Hong Kong government eased the social distancing restrictions last week.

The outlets will provide racing and football betting services “under strict implementation of public health measures” but customers will not be able to wager on the Mark Six lottery. 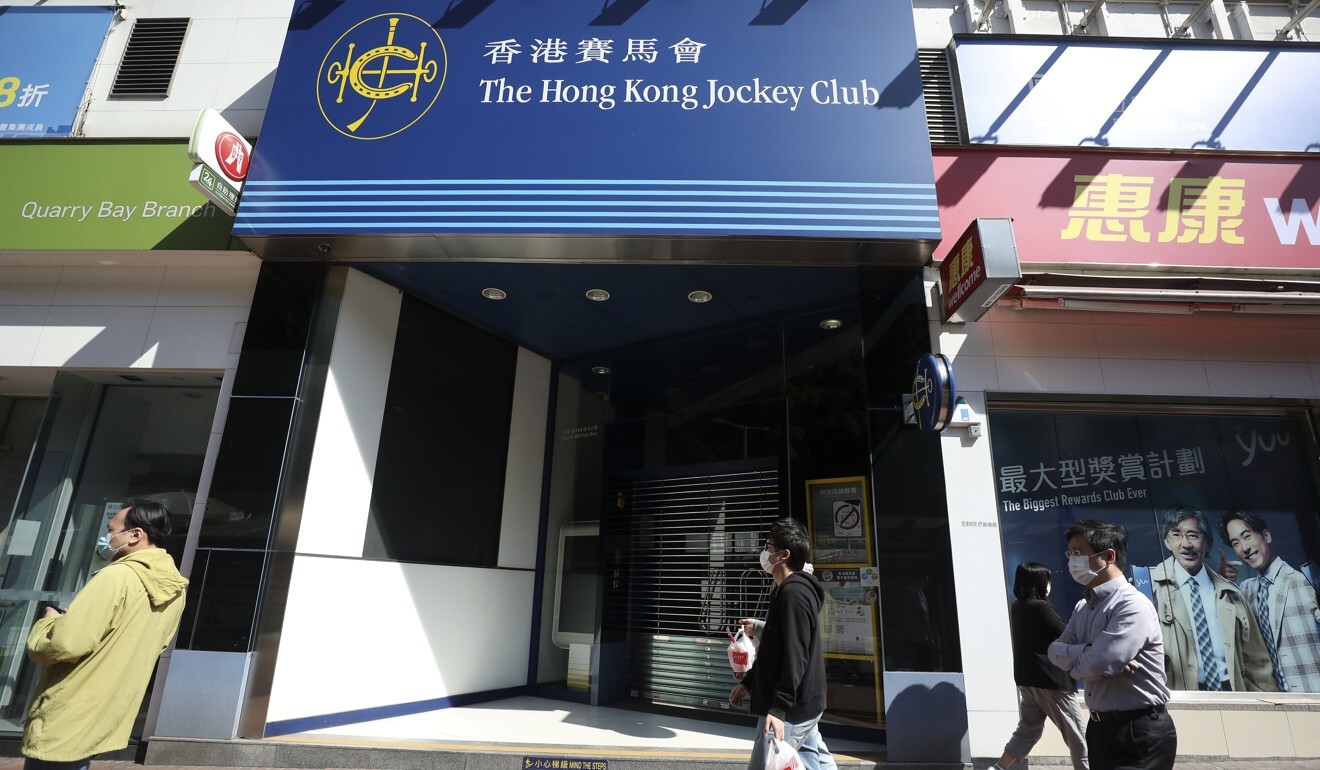 To prevent overcrowding, neither racing nor football will be broadcast while punters will have to undergo body temperature scanning, be wearing a mask and observe social distancing.

They will be open from midday until 6pm but the branches “located in any specified area delineated by the government or in the vicinity of confirmed cases” will remain closed.