Russian Emperor and Congratulation are the second-season trainer’s first runners in the prestigious 2,000m contest 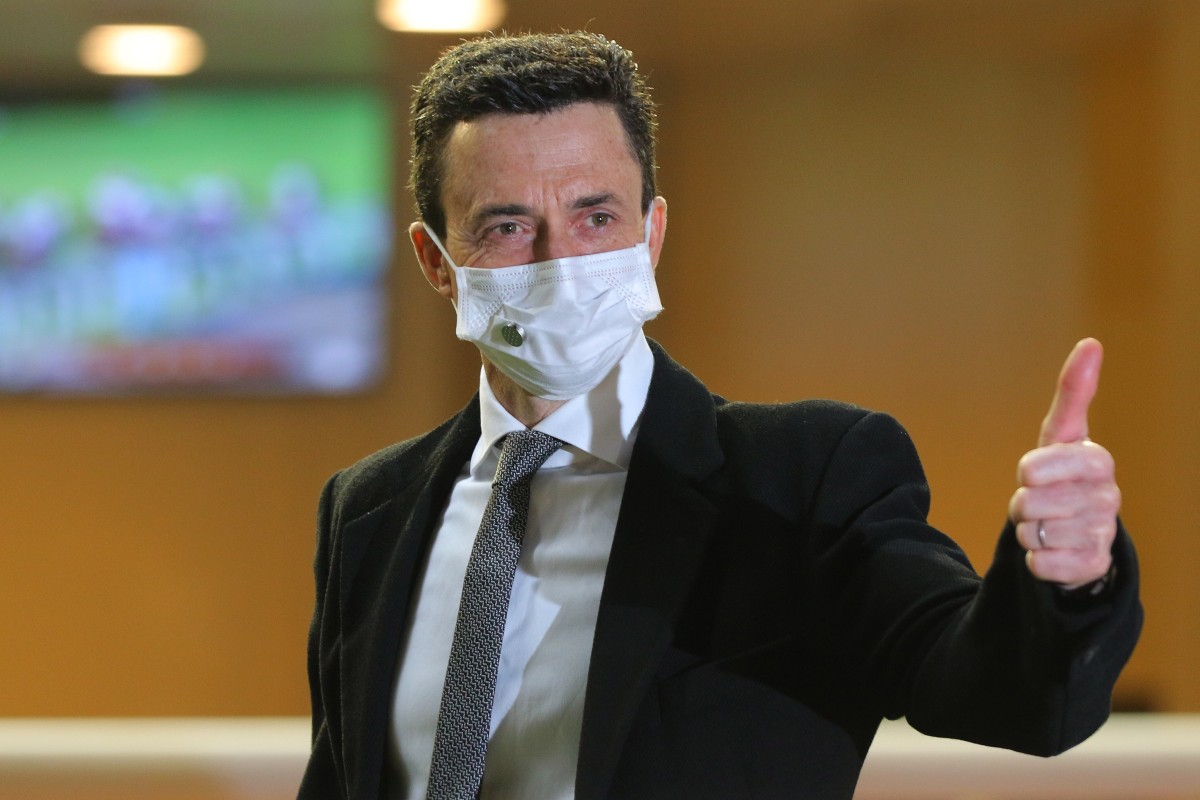 Douglas Whyte will saddle up his first BMW Hong Kong Derby runners in next weekend’s four-year-old feature, with Russian Emperor and Congratulation among the final field confirmed by the Jockey Club on Wednesday.

Russian Emperor will be one of the favourites while Congratulation is the bolter of the line-up after only racing once in Hong Kong.

“I didn’t have a Derby horse last year unfortunately and now I’ve got two, so I’m very chuffed,” said 13-time champion jockey Whyte, who is into his second season as a trainer.

Congratulation is one of two horses in the field making the step-up from 1,400m to the 2,000m of the Derby – along with the John Size-trained Silver Express – after finishing fifth in his Hong Kong debut last month.

“I thought his first run in the Chinese New Year Cup was very pleasing – he seems to have come on from that,” Whyte said of the Irish import, who raced four times at Group One level for a best finish of second while under the tutelage of Aidan O’Brien.

“Unfortunately time has been against us from the word go and while he went into that race fairly fit, he would have improved from that and that trial [on Tuesday] will top him off.

“I wish I could have got another run into him and put a bit more mileage into him but that’s the date of the Derby and the day you’ve got to be ready for.”

Tony Piccone has been booked to ride Congratulation while Karis Teetan jumps aboard Russian Emperor after his eye-catching second in the Classic Cup, with the Mauritian partnering Russian Emperor to victory in a 1,600m trial at Sha Tin this week.

“Russian Emperor has progressively got better every time he’s done a piece of work or gone to the races and [Tuesday’s] trial would have done him the world of good both physically and mentally,” Whyte said of the son of Galileo, who was also trainer by O’Brien pre-import.

There were no great surprises in the rest of the field, with Frankie Lor Fu-chuen’s Flagship Glory the notable admission after his gutsy win at Sha Tin on Sunday.

“The BMW Hong Kong Derby has always been a focal point in the racing season – a once-in-a-lifetime challenge that every owner aspires to take part in,” said Jockey Club executive director of racing Andrew Harding.

“The 2021 renewal will provide yet another chapter to an enduring story of excellence and achievement. Without an overwhelmingly dominant favourite, this year’s race shapes as one of the most intriguing in recent memory.

“Golden Sixty was the outstanding performer of 2020 but with form lines stretching from the Epsom Derby to the Australian Derby, this year’s Hong Kong Derby is again one that owners and fans alike are looking forward to with eager anticipation.”