Star Hong Kong jockey Vincent Ho Chak-yiu stole the show during Champions Day at Sha Tin on Sunday but it was also a significant afternoon for compatriot Matthew Chadwick, who quietly notched up his 400th Hong Kong winner on the undercard.

With War Of Courage’s victory, Chadwick hit a mark that has been a long time coming – after a barnstorming start to his career netted 234 winners in his first five seasons, injury hit the 30-year-old and his last 100 winners have taken 1,765 days.

“It’s a good number to get to, it’s taken a while. I’ve been punching at the bag for a long time and it hasn’t been easy so it’s good to hit that number,” Chadwick said.

“If I was able to keep myself healthy through those years I would probably would have been able to hit the mark a bit sooner but I just want to build on it now.”

After taking Hong Kong by storm as an apprentice in 2008-09 when indentured to the legendary Tony Cruz, Chadwick didn’t dip below 38 winners in his first six seasons before a broken finger, a knee reconstruction and stress fractures in his foot restricted him to only 37 winners between 2014-15 and 2016-17.

It’s been a slow climb since with tallies of 19, 22 and 24 across the past three seasons and Chadwick sits on 25 winners three-quarters of the way through 2020-21. 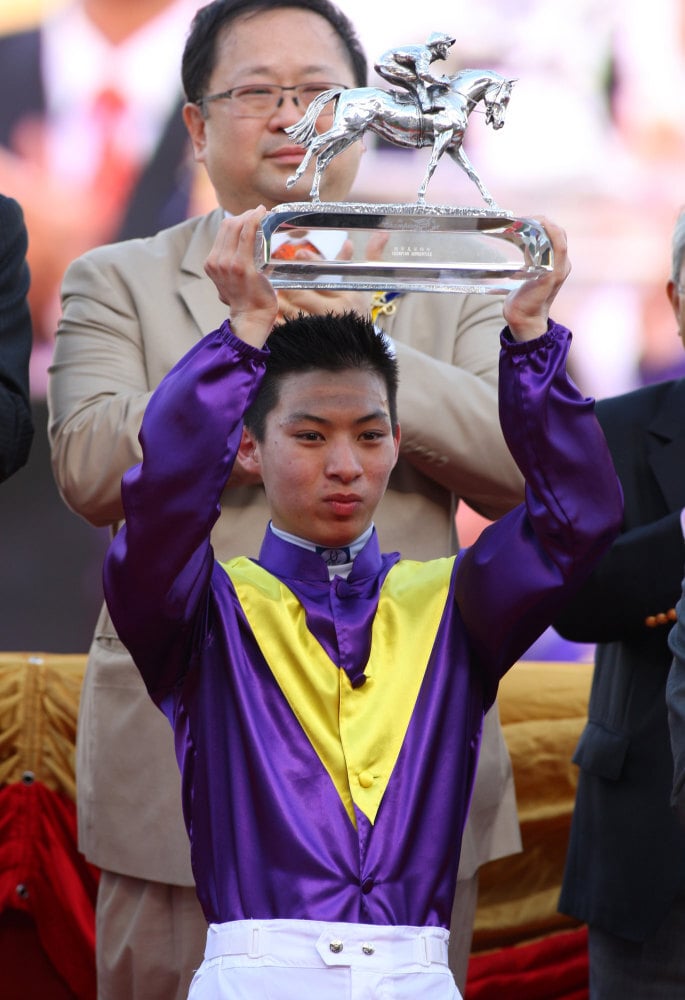 “Over the last couple of years I’ve been slowly getting better regarding rides and support and a bit more consistency so it’s about continuing to build on that,” Chadwick said.

Chadwick sits ninth in the jockeys’ premiership and heads to Happy Valley with seven rides on Wednesday night, including Fast Pace for Caspar Fownes in the Class Three Breezy Handicap (1,650m).

Chadwick is pleased to have gate one at his disposal for his first ride aboard the five-year-old after the gelding has been hit with double-figure draws for his past two starts.

“I’m looking forward to riding Fast Pace, he’s been a bit unlucky. I think we can see something from him and Caspar is back in the winning circle now as well,” the jockey said.

Chadwick has also drawn well aboard Toycoon in the Class Four Hatton Handicap (1,650m) and hopes he can give the Ricky Yiu Poon-fai-trained five-year-old every chance from gate three.

“He’s very consistent and he’s been running well. He needs a nice run to show what he’s got but he’s been knocking on the door so I need to give him the best ride possible to hopefully knock them over,” Chadwick said.

Rounding out Chadwick’s book are Brave Power, Nuremberg, African Sky, Mehboob and Harmony And Rich, with the jockey jumping back aboard Harmony And Rich for the Class Three Babington Handicap (1,000m) after winning on him two starts back.

“He won well when I rode him but he has got to bring that form back. If he brings that form back he’ll be in with a chance,” he said.