A decision about whether Golden Sixty races in the Champions & Chater Cup will be made this weekend and trainer Francis Lui Kin-wai is still unsure about what to do.

Jockey Vincent Ho Chak-yiu will gallop him in the next day or so, provide some feedback on how he is travelling and connections will go from there.

If they are thinking long term, Hong Kong’s best horse will be relaxing in his box come Sunday, May 23.

There is minimal upside and significant downside in competing in the 2,400m Group One. In a best-case scenario, Golden Sixty takes advantage of a weak field, he collects the HK$6.84 million first prize and the HK$10 million bonus for winning the Hong Kong Triple Crown (the Stewards’ Cup and the Hong Kong Gold Cup are the first two legs) – a completely manufactured concept that links three races that don’t really have anything to do with each other.

(Related: our version of the Triple Crown should be the Classic Series – can we make that official?).

It might be fun for a few days in a sporting sense, but in real terms, it doesn’t do anything to further his reputation and only boosts his prize money tally.

But let’s step back and ask, why would anybody even consider making a world-class miler run in the Champions & Chater Cup?

Golden Sixty has raced twice over 2,000m – and has scrambled in on ability both times. He was not screaming out for further on either occasion.

He is likely to over-race when they crawl in front in the early stages. What will that do to his customary finishing burst?

Golden Sixty certainly has class on his side, but he’s not a hardened stayer with a history of grinding away.

The real question is what if making him run over this distance breaks him completely? He’s the sort of horse who puts everything into his races so there is a limit to what he can do. 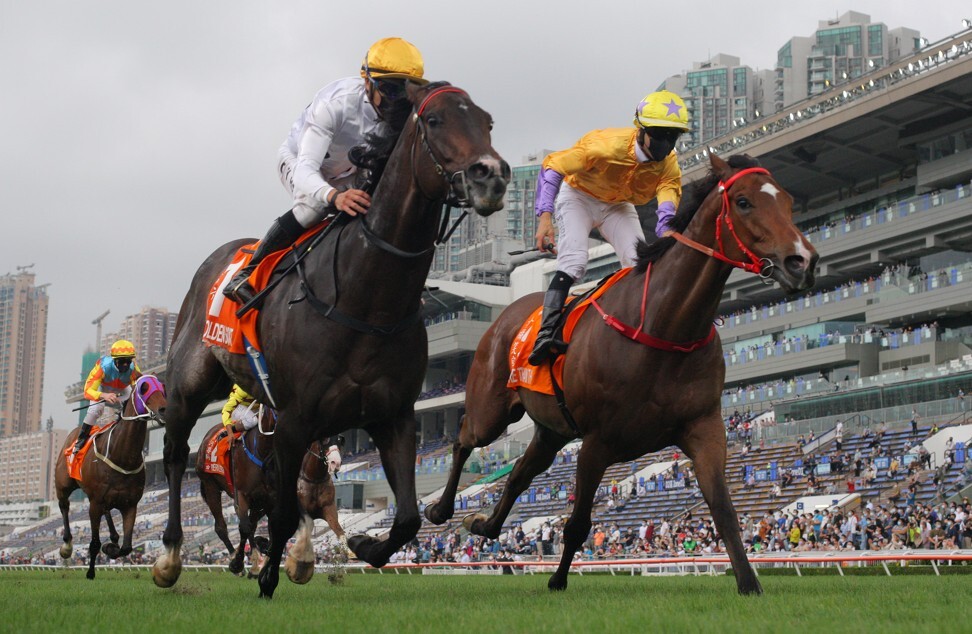 It’s been a long season – he’s already competed seven times with the first one coming in late September. He’s won four consecutive Group Ones – the last three by narrow margins – and he deserves a rest.

That is what Ho declared after winning the Champions Mile last month and he is as invested in Golden Sixty as anyone.

“Hopefully he can have a break now until next season, he’s had a couple of tough runs,” Ho said at the time.

In Golden Sixty’s first season, he won his first three races before lining up one more time over 1,400m in July. Ho was against that decision, adamant he’d done enough and needed a break. He finished 10th.

It remains the only loss of his career – and Ho was absolutely livid afterwards. You don’t want to make the same mistake twice and in fairness to connections, they did the smart/right thing by putting him away after his win in the Hong Kong Derby last season.

There is an obvious cautionary tale.

A few years ago, in a Jockey Club feature about Silent Witness’ winning streak ending in the 2005 Champions Mile, trainer Tony Cruz admitted they pushed him beyond his capabilities.

“This horse could never get beat until we made the mistake – a human error – we ran him at the wrong distance,” Cruz said.

The fallout? After beginning his career with 17 straight victories, the legendary sprinter only won one of his last 12 starts.

To be clear, this isn’t about protecting a winning streak, it’s about doing the right thing by the horse. He is not a machine.

Golden Sixty turns six in the off-season and he should have one more season at his absolute peak.

Winning the Hong Kong Mile again and chasing overseas glory in Dubai, Japan or at Royal Ascot would mean far more to his reputation – and that of Hong Kong racing – than chasing some extra cash in a contest that would never be on his agenda in normal circumstances.

In this case, discretion is the better part of valour. Hopefully the right decision is made.