Finally free of injury, Joao Moreira has one hand on the jockeys’ championship 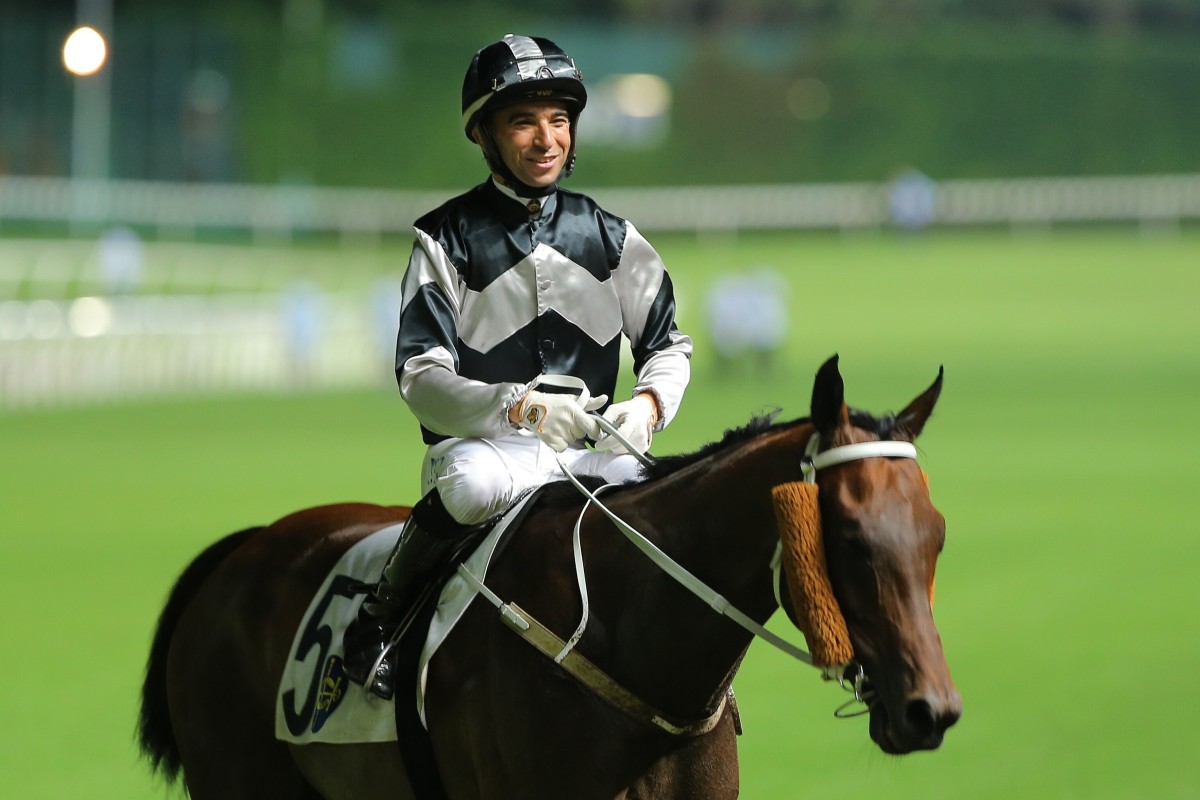 Joao Moreira sports a big smile as he returns to scale after his fifth winner at Happy Valley on Wednesday night. Photos: Kenneth Chan

Wednesday night’s Happy Valley card was pivotal in the race for the jockeys’ championship.

There is a lot of symbolism in Zac Purton being stood down from his last seven rides with back spasms and Joao Moreira going on to collect a quintet.

The Magic Man now has 128 winners to Purton’s 110 – a margin of 18 with 15 meetings to go. Not an impossible task for the Australian, but it certainly sits in the highly unlikely category, particularly given he’s nursing an injury.

Moreira was brilliant on Wednesday night, winning from in front and behind. He was a class above.

His five victories came for five different trainers. He gets support from many places, riding at least twice for every handler so far this season. He is also the first-choice jockey for John Size and Caspar Fownes – the two trainers who will continue to produce results as they slog it out in their own championship fight.

The turnaround means Moreira is in pole position to claim his fourth Hong Kong title and first since completing his three-peat in 2016-17.

The Brazilian believes the renaissance comes down to confidence – in both mind and body.

Moreira carried a debilitating hip injury for most of 2020, one that required platelet-rich plasma therapy in October after an off-season of rest failed to heal damaged ligaments.

He says only in the last “three to four months” has he been pain free and the results are there for everyone to see.

The 'Magic Man' collects his fifth win with a sublime rail-hugging drive aboard Transcendent. #HKracing pic.twitter.com/bRmHPunusr

“This game, confidence plays a big role. It’s very difficult to stay consistent and wake up every morning, look around and say ‘we’ve got to come up with our A game’. That’s what you have to do, otherwise they will just leave you behind,” Moreira told the Post.

“Hong Kong is a place that tests you mentally, because if you’re not strong, things just collapse.

“We also need to be healthy. It’s very difficult to keep yourself physically stable. People don’t really realise – it took me one year to recover from that [hip injury]. One year.

“It’s very difficult to wake up in the morning knowing that you’re going to sit on a horse – the first horse I used to sit on, it was so painful.

“But I thank God that it’s over now and hopefully things stay as they are at the moment for me.”

Managing an injury during a pandemic was made even more difficult given Hong Kong’s jockeys were put under tougher restrictions than everyone else in an effort to maintain the sport of racing in the face of Covid-19.

But Moreira is quick to praise the Jockey Club for coming up with a solution.

“It’s very good that the Jockey Club was thoughtful enough to provide us with a physiotherapist. I think that’s a big contribution, particularly to myself, on helping to fix the pain I used to have,” he said.

“I can say I’m injury free and the pain that I had to deal with is nowhere near as bad as it used to be 12 months ago.

“It’s been a long time and after that my weight got better, I was able to do some more exercise.” 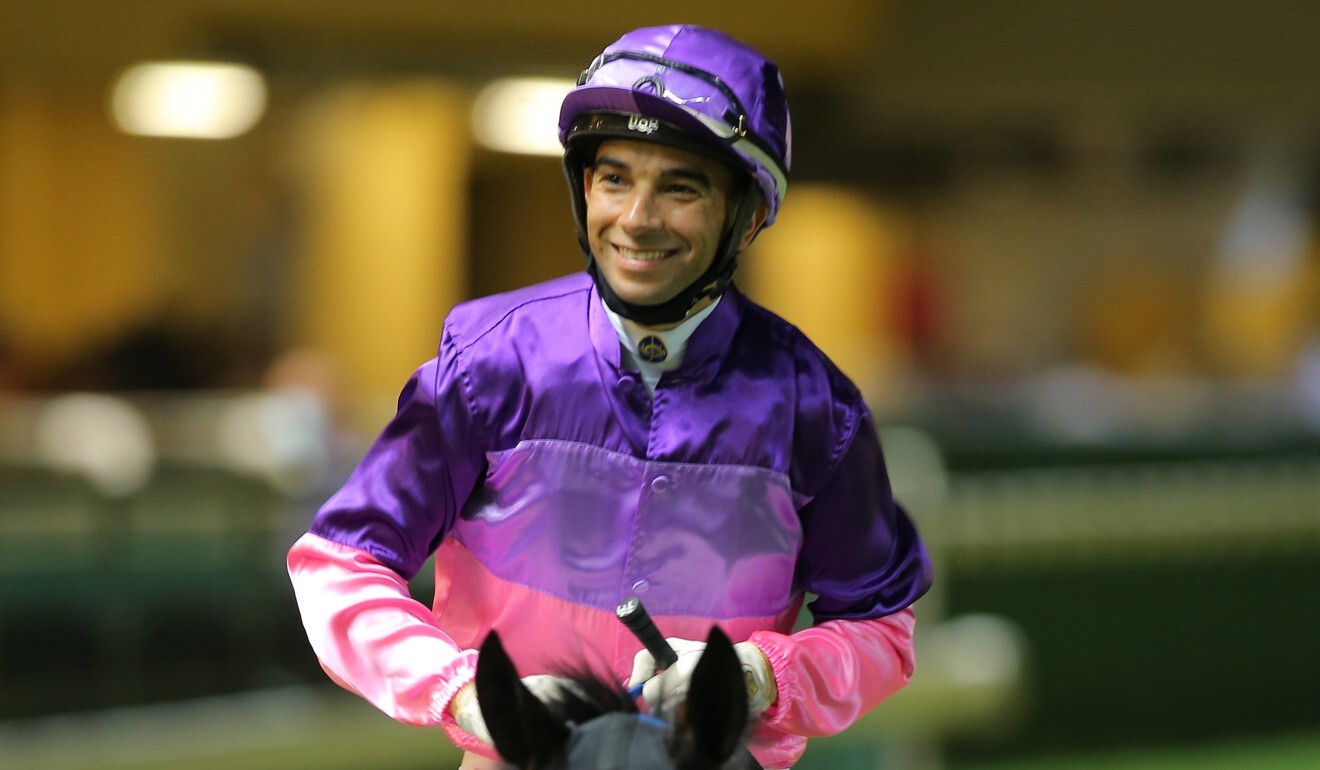 Even though the 37-year-old is feeling good about his situation, he is not ready to call the title race just yet.

There are still eight weeks to go and he has too much respect for what Purton – who has won the past three championships – has accomplished.

“I don’t take things for granted, anything can happen. Nothing is for certain quite yet,” Moreira said.

“I’ve got to expect him to be finishing the season as strong as he always does, so I’ve got to respect him. But it’s clear the position that I’m in now is better than him.”