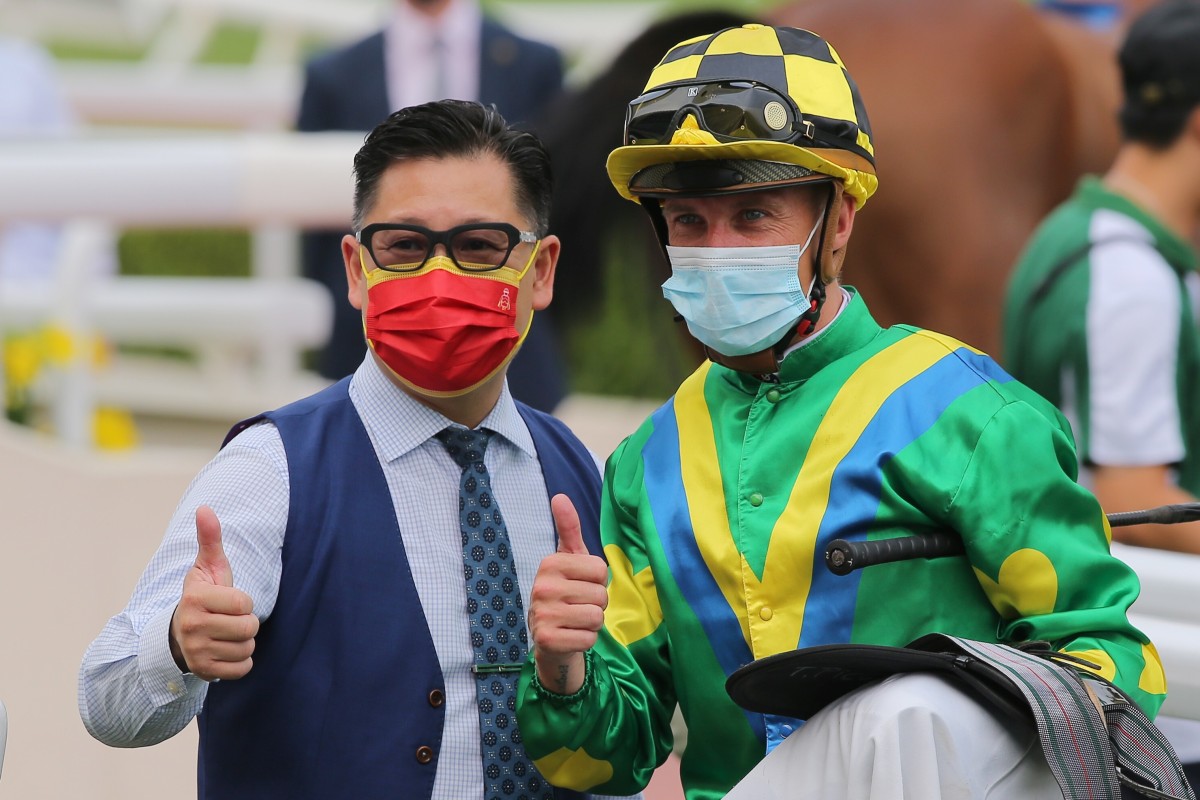 Tony Piccone gave the Jockey Club licensing committee a timely reminder about his talents as he lifted Kasi Farasi to victory at Sha Tin on Sunday.

With the licensing committee meeting on Monday morning to confirm the riding roster for next season, the Frenchman is hoping to secure one of the coveted slots for 2021-22.

The 33-year-old has found things a bit tougher this time around – Sunday’s win was just his ninth of the term – but he’s been around the mark, as his 36 placings show.

Piccone thinks he has more to offer and feels it would be advantageous to be in place for the beginning of the season, rather than arriving midway through.

“I really want to stay here because I think I can do better, especially if I start at the same time as everyone else,” Piccone told the Post. “I feel like I could have done a little bit better if I was here for the start of the season. Hopefully I can give myself a proper shot now.

“I really want to be here from the start, work hard and see what I can do. My English is not perfect, but it has improved and now I know the trainers and understand how it all works in the morning with trackwork. The foundation is in place and hopefully I can build from there.”

He settled Kasi Farasi in the box seat before finding clear running early in the straight, but swapping his whip from his left hand to the right proved the winning move with the gelding storming home to run down Leap Of Faith in the shadows of the post.

“It feels good because I needed the win,” Piccone laughed. “I thought I was going to get there because Joao Moreira’s horse finds the last 100m very difficult and my horse wants to hit the line. When I changed my whip hand my horse took off.”

Tony Cruz was delighted to secure a win with former boom sprinter Joyful Fortune, who made a successful return from injury in the Class Three Kwong Tin Handicap (1,000m).

Joyful Fortune created a lot of hype after a dominant debut victory late last season but hasn’t come on as expected this term, resulting in a change of stables.

The four-year-old has battled a few different ailments so Cruz gave him three months off to recover and that patience paid dividends on Sunday.

Matthew Poon Ming-fai took Joyful Fortune straight to the front and despite being challenged by Metro Warrior, he responded under pressure to secure his second win at start six – a particularly satisfying one for his trainer.

“I’m very happy with that because he’s had a lot of injuries. His last two starts with Joao [Moreira aboard], he pulled up lame,” Cruz said.

“But the vets did a lot of work with him, gave him plenty of time. I gave him two trials before this and he seemed sound after that so hopefully he’s sound tomorrow. The kid rode a good race too.”

Punters were keen on the David Hall-trained Victory Scholars and debutant Lucky With You, from the David Hayes stable, but they were no match for Infinite Power, who led all the way.

Despite paying $19 for the win, Lor wasn’t shocked by his five-year-old’s performance.

Infinite Power denies the charge of Lucky With You, sealing a double on the card for Matthew Poon! ️ #HKracing pic.twitter.com/suAULD7M2L

“It wasn’t really [a surprise] because I raced him two times with Zac [Purton] on and I [thought] if I let him lead it might be a little bit different so this time he led and he won the race,” the trainer said.

“I think he’s got some gate speed so [you just need to] let him roll because he’s got a big stride.”

All four of the 37-year-old’s wins have come in the cellar grade and two of them have been aboard Me Tsui Yu-sak’s gelding.

Lai, who doesn’t get many winning chances, settled Moon Peaks on the pace and he proved far too strong, beating For Fun’s Sake by a length and a half.

“The owner fully supports [Lai] and stays loyal,” Tsui said. “In Class Five at 1,200m Moon Peaks has a little bit of an advantage. I still think he can do something in Class Four with a light weight.”

Punters continue to relish the overseas simulcasts with the “World Pool” from Saturday night’s Epsom Derby meeting holding a tick over HK$304 million – with about 80 per cent of that coming from Hong Kong.

The Yasuda Kinen from Japan, which was shown between races four and five at Sha Tin, held almost HK$45 million.

It comes after a simulcast from South Africa late last month which recorded an astonishing HK$274,626,833 in turnover across eight races.

The World Pool will be in action again during Royal Ascot next week, with all five days being simulcast by the Jockey Club. 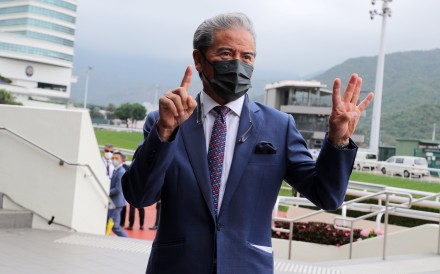