Jockey Club stewards have charged French jockey Alexis Badel with failing to give V Chevaliers the best chance of winning on the all-weather track at Sha Tin last weekend.

In a hearing at Happy Valley on Friday morning, Badel was charged under Hong Kong rules of racing 99 (2) and (6), with stewards taking issue with his endeavour aboard the Manfred Man Ka-leung-trained galloper in the home straight.

“As the rider of V Chevaliers in the stated race, he failed to take all reasonable and permissible measures throughout the race to ensure that V Chevaliers was given a full opportunity to win or to obtain the best possible placing in the field,” Jockey Club chief steward Kim Kelly said in a statement.

Four wins from his last six starts! 🔥 Fairy Floss is a horse in form, scoring under Joao Moreira in style for trainer Paul O'Sullivan. #HKracing pic.twitter.com/ToY1FKaA1I

Stewards claim Badel failed to “ride V Chevaliers out from near the 300m and until passing the 200m when it was both reasonable and permissible for him to have ridden V Chevaliers out with the necessary vigour and purpose”.

After travelling near the back of the field in the run, V Chevaliers peeled out to the middle of the track turning for home and made some ground under little urging from Badel to finish seventh, four lengths off winner Fairy Floss.

The inquiry – which was adjourned until a date yet to be fixed, when Badel will be asked to enter a plea – comes soon after Vagner Borges was hit with a nine-meeting ban after being found guilty of the same charge for his effort aboard Daily Charm at Sha Tin on April 17. 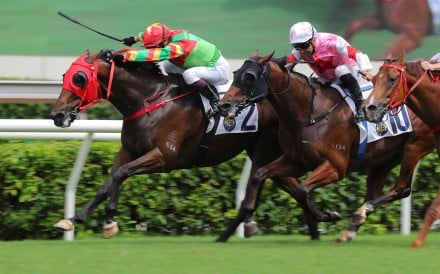 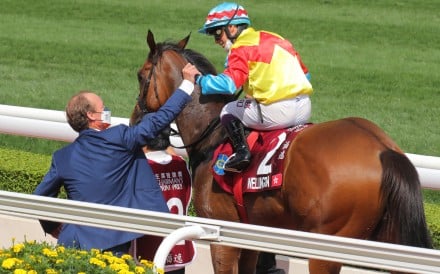