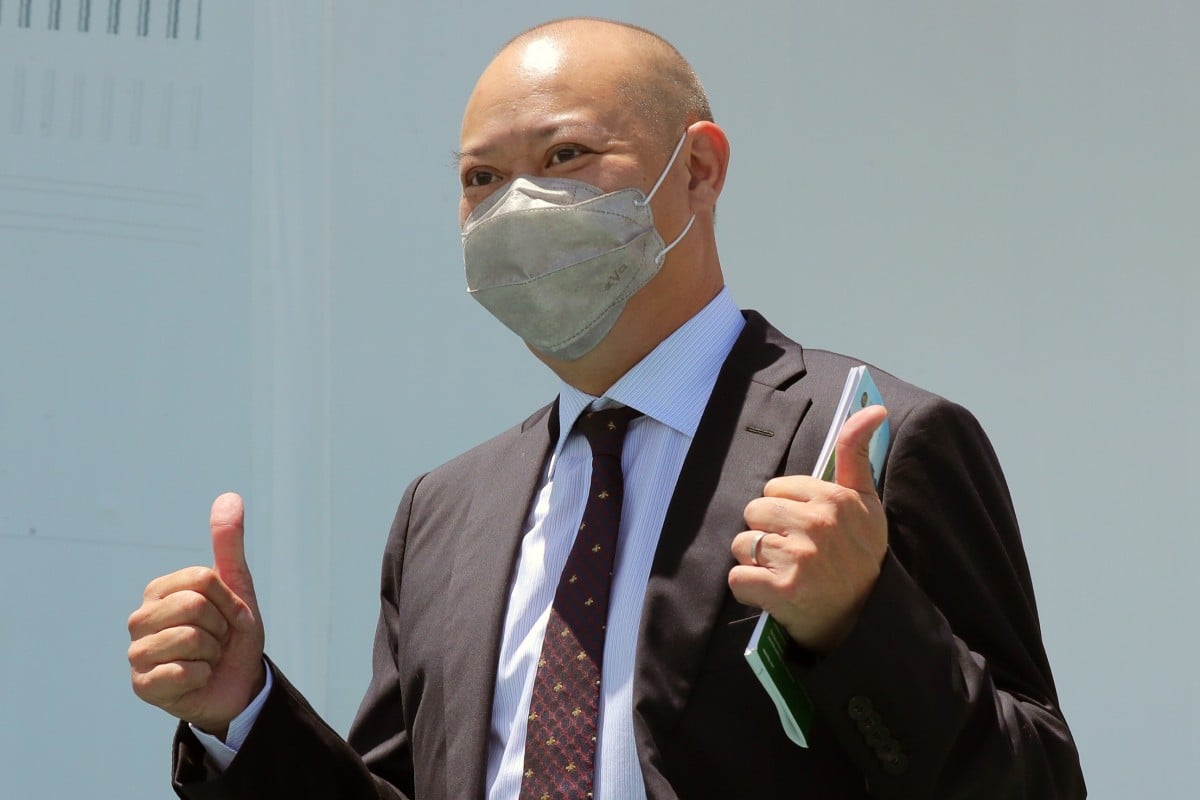 Chris So celebrates one of his 33 winners last season. Photos: Kenneth Chan

Chris So Wai-yin snared a double at the opening Happy Valley meeting last season and the energetic trainer heads to the city circuit on Wednesday night with a hand he hopes can get the wheels turning on his 2021-22 campaign.

After one third placing from his five runners at Sunday’s season opener at Sha Tin, So has six entries at the Valley and has identified Decisive Twelve as a galloper ready to win in the Class Three Shek O Handicap (1,200m).

“Last year we had a good start and it’s important we do it again, but we need luck – that’s racing,” he said.

“I think Decisive Twelve has a good chance. He’s got a good draw [one] and the horse is a year older, it seems like he’s more solid and his trial was good.”

Top ride from the British jockey abaord CLASSIC POSH in the last at Happy Valley.#HKRacing pic.twitter.com/qVrCHrZ6PG

After two wins at Sha Tin last term, Decisive Twelve capped his campaign with a runner-up finish under Alexis Badel at the same course and distance as this assignment and the Frenchman will again be in the saddle.

“Even though it’s his first start for the season I think the 1,200m is good for him while he’s fresh,” So said.

Decisive Twelve goes around in the night’s final race but So hopes he doesn’t have to wait that long to hit the board, declaring the time has come for Zhan Jiang Rocks to again deliver for owners the Zhan Jiang Syndicate from gate three in the Class Four Deep Water Bay Handicap (1,650m).

“His rating has gone down quite a lot and I really want to win this one because he’s only had one win and I need to get another winner for the owner,” So said. “I have known the owner for a long time so I really hope he can win the race.”

Great ride, @Vincenthocy! Fa Fa takes the split and goes home best, securing a double on the card for the rider. #HKracing pic.twitter.com/rGaMcx4yOW

Joao Moreira reunites with the run-on galloper after partnering him to third two starts back and, on a rating of 49, Zhan Jiang Rocks is nine points below his other Hong Kong win – which also came at the extended Valley mile.

“I think the horse is almost there judging by his last two runs. He has a good draw – so often he gets a bad draw and there is no pace so he can’t catch up,” So said. “This horse needs a good draw to help and he just needs some pace.”

So has the lightly raced Romantic Trove returning from a bleed in the second section of the Class Four Chung Hom Kok Handicap (1,200m) – a course and distance over which the gelding has returned three top-four finishes from as many attempts. “Last year he bled so we gave him a couple of months off, which I don’t think is a bad thing as it gave him time to develop,” So said.

“He should run well but the most important thing is to keep him healthy. He needs further but we’ll try the 1,200m first and then we will step up.”

So also saddles up For Fun’s Sake, Stay Chill and Goodluck Goodluck at the opening Valley meeting of the term. 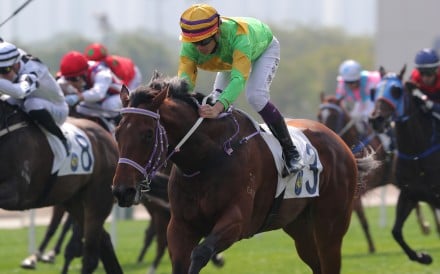 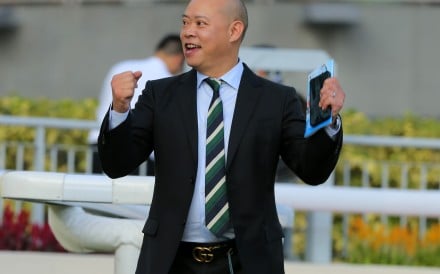 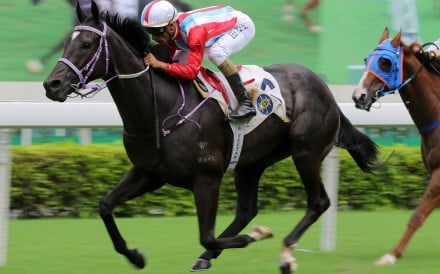