After being hit with his first strike last season, the veteran trainer is relieved to see Wood On Fire again deliver the goods for the stable 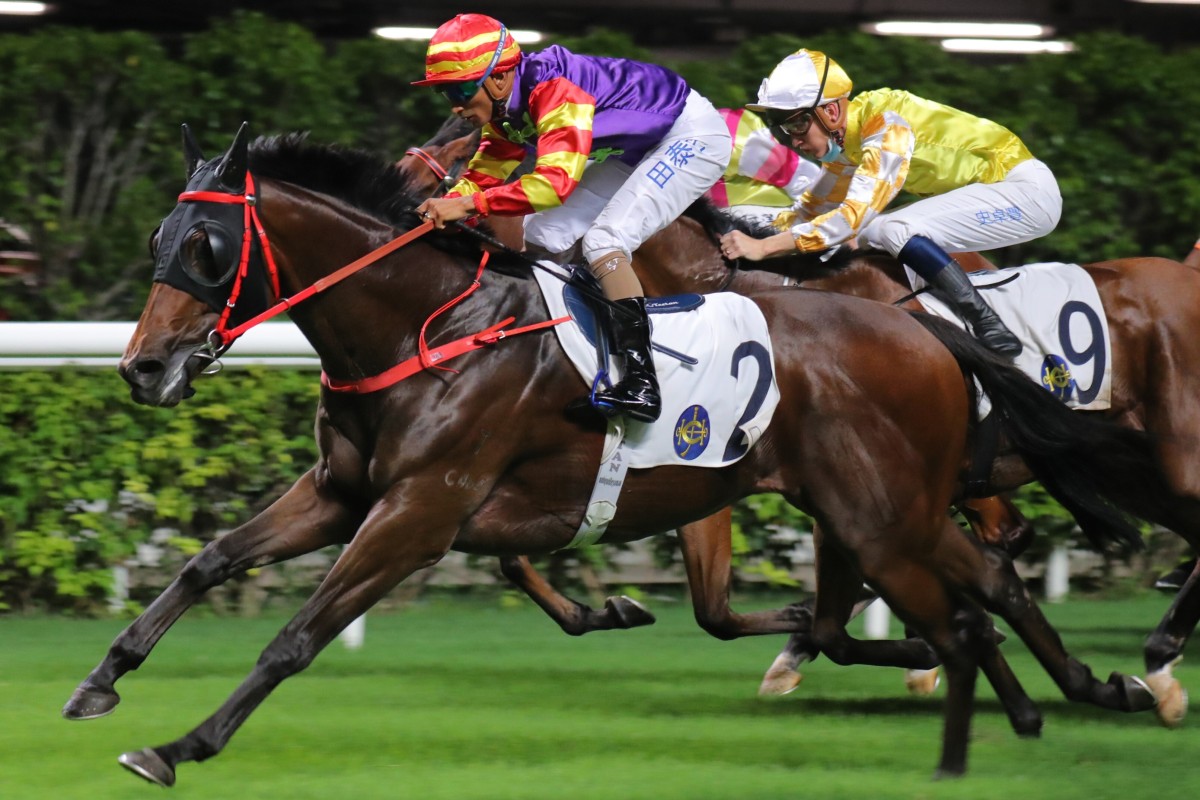 Joao Moreira booted home a treble and dynamic duo Danny Shum Chap-shing and Zac Purton snared a running double but it was perhaps Peter Ho Leung who left Happy Valley most satisfied after Wood On Fire’s victory on Wednesday night.

After having to wait until the 13th meeting of last season to break through for his first victory and ending the 2020-21 campaign with a first strike by his name, Ho was understandably thrilled to hit the board with just his fourth runner of the term.

“He is a very honest horse and I love to train him because it’s going to be very hard for me to get a winner this season,” said Ho.

“Especially now with the new policy where only two winners count from Class Five, it’s a precious moment to get a win in Class Four.” 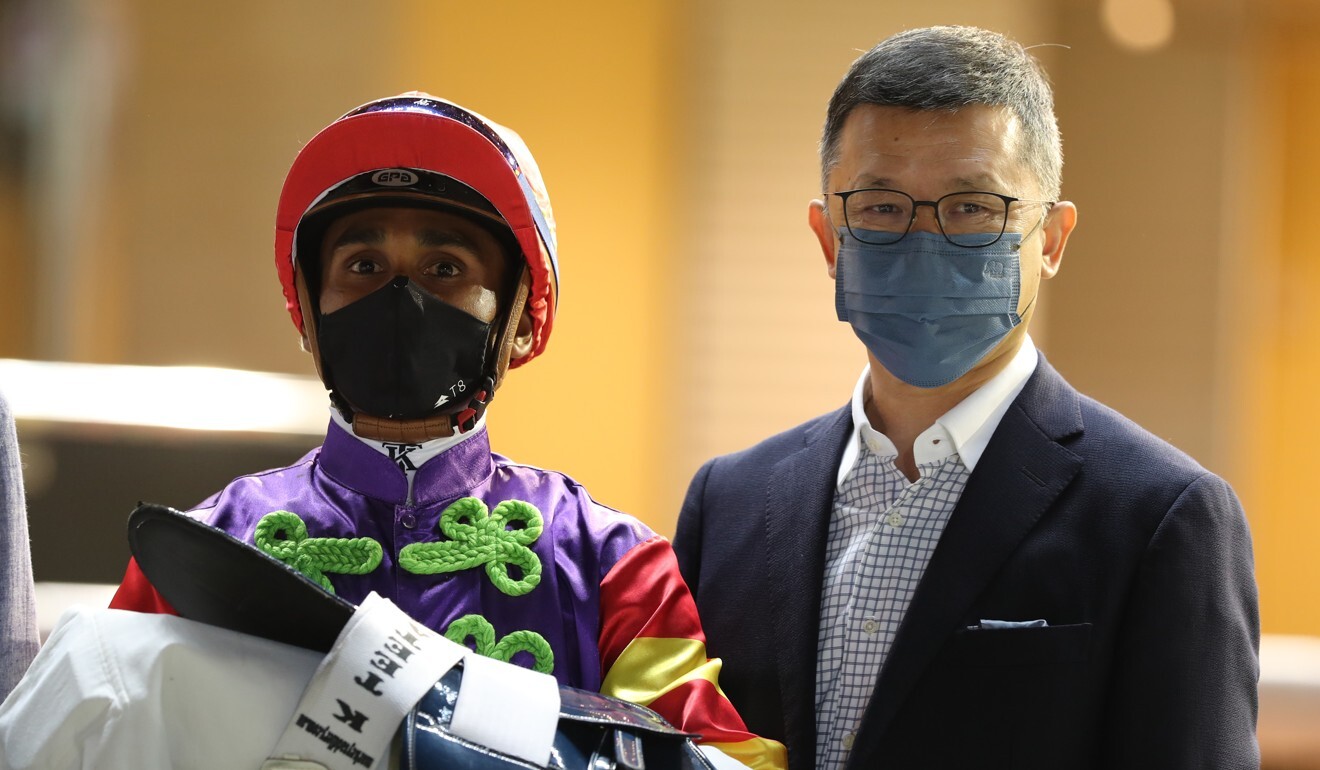 Ho was hit with a strike last season after his 11 victories failed to meet the Jockey Club’s trainers’ benchmark, which is 16 winners for single-site trainers and 18 for those with a Conghua base.

With an amendment to the rules seeing only two Class Five winners count towards a handler’s final total this season, the veteran knows how important every success is.

He warmed into proceedings in the opening event, with his pair Chunghwa Jingshen and After Me filling the placings behind Shanghai Power, and he was relieved to see Wood On Fire surge down the outside to claim the Class Four Chung Hom Kok Handicap (1,200m).

“I didn’t expect him to kick and win because after his trial he lost a bit of weight. I told the owner that maybe he had a place chance,” Ho said of his most reliable horse, who provided him with three of his 11 victories last term. “I must say Karis [Teetan] did a good job.”

It was Moreira who got the job done aboard Shanghai Power and he chimed in later in the card with victories aboard Jazz Steed and Resolute, while Purton and Shum saluted with Piano Solo and Fortune Carrier after combining with Packing Victory at Sunday’s season opener.

“I’ve always had a very good relationship with Zac because we trust each other. It’s good teamwork,” said Shum, the two picking up where they left off after 29 winners together last season.

Harry Bentley was another to get his campaign off and running thanks to well-travelled veteran Turin Redstar, who saluted at his first start for Douglas Whyte in the Class Three Community Chest Cup (1,650m).

“It’s a fantastic way to start the season, I’m very pleased to have grabbed a winner on just the second meeting,” Bentley said.

They were dynamite together last season and they're doing the same again! @zpurton & Danny Shum are running hot, the pair collect a race-to-race double together. #SeasonOpener #HKracing pic.twitter.com/wDZGV3ykC4

“It was very important for me to keep up some of the momentum that I finished with at the end of last season, just to bang one in early is great – it fills me with confidence.

“The fact I did the last three months of last season – I knew it wasn’t going to be easy to come into the jockey ranks – but I think it gave me some valuable experience while gaining contacts and understanding how the whole system works. It’s enabled me to start this season with a bit of traction.”

Onto his fourth trainer after stints with Frankie Lor Fu-chuen, Ho and Dennis Yip Chor-hong, seven-year-old Turin Redstar rung up his fifth win at start 44 after enjoying a “freshen up and a change of scenery”.

“He came over and we had to sort out a few issues, being an old man he had a few aches and pains but I think the thing was getting his mind right and getting that will back to want to run again,” Whyte said.

“I think he’d been told to do it on a number of occasions and it was more about him wanting to do it and believing he can do it.

“I think his trial the other day on that wet, sloppy track – I thought he trialled very well and since that he worked exceptionally so that indicated that he came out of that trial with a bit of confidence. Man did he travel, he was a winner a long way out – he just had to find the line, which he did.”