The 31-year-old enjoys a big afternoon at Sha Tin with a HK$10 all-up on Soccer Master, The Mint and Golden Link returning a monster HK$78,585 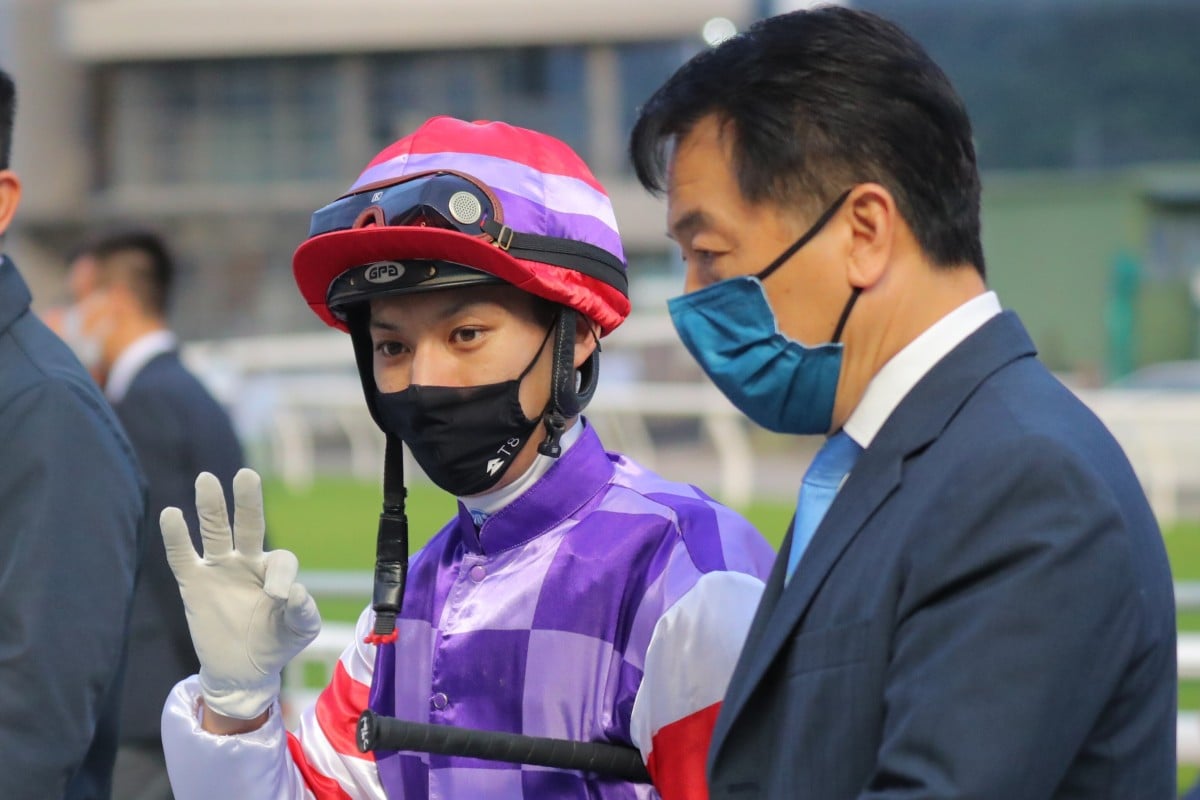 Matthew Chadwick did his homework for Sunday’s Sha Tin meeting and undoubtedly earned an A-plus as he snared his first treble in almost seven years.

On a day that Joao Moreira and Karis Teetan were expected to dominate – they were the stand-outs in Jockey Challenge betting but went winless – the spoils were shared by some of the riders who don’t have the highest of profiles.

While the likes of Alfred Chan Ka-hei, Ruan Maia and Keith Yeung Ming-lun enjoyed a rare foray into the winner’s circle, it was Chadwick who shined brightest. 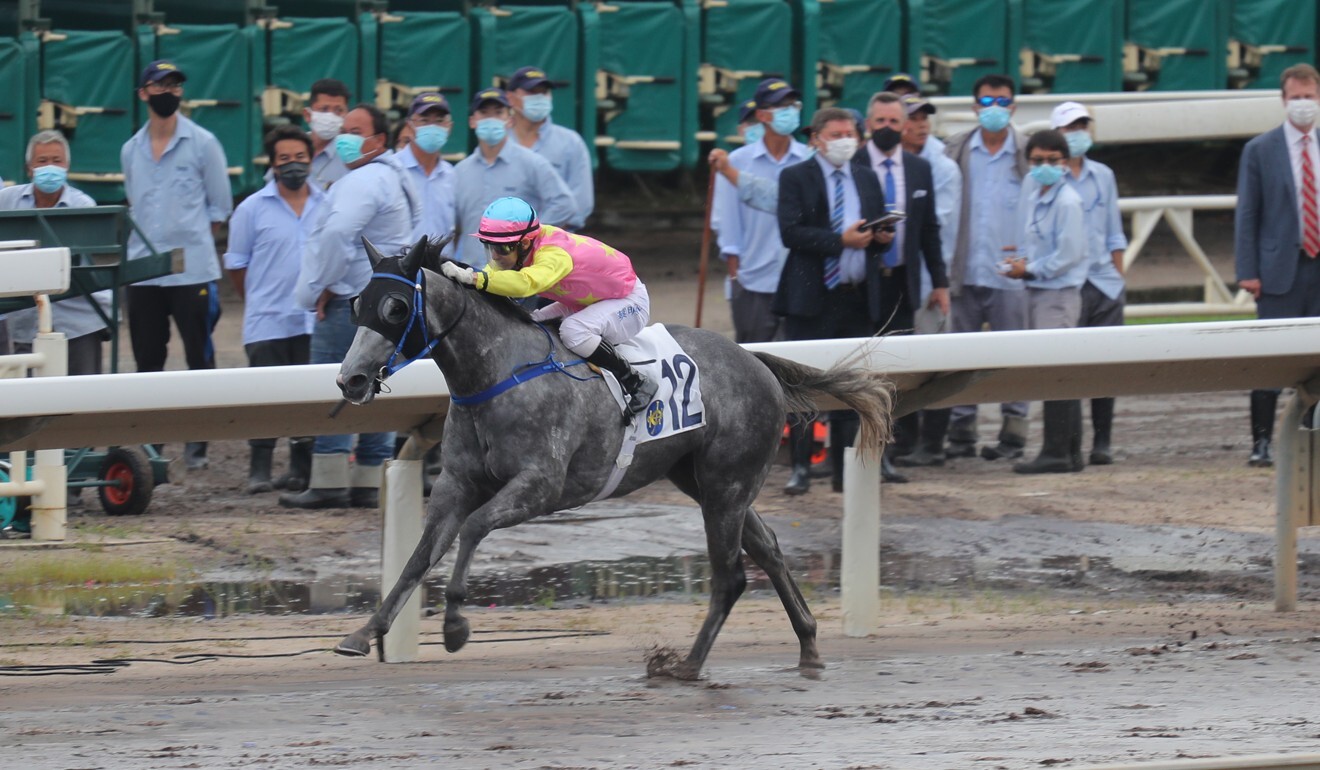 He had eight rides on the 10-race card and, incredibly, all of them finished in the top four (three wins, three thirds and two fourths) despite only two of them starting at single-figure prices. A HK$10 all-up on his three successes would’ve returned a handsome HK$78,585.

Chadwick had his horses in the right positions all day and the results speak for themselves.

“The more winners you ride, the better,” he said matter-of-factly. “I wouldn’t say [I get any more] satisfaction [for winning on outsiders], I just try my best on them. I do my homework and I try to do the best on the horses I get.

“A lot of the time a lot of them are on the fence coming into the races, they’re neither the top horses or the worst so you need a bit of luck and you need the best ride you can give them, which I offer to them and it seemed to work out today.

“I’m happy a lot of the winners are coming for different trainers so hopefully I can get support spread around and I can just keep knocking them in.”

Chadwick – a star apprentice in his day – remains one of the more reliable jockeys in Hong Kong but a torrid run of injuries has forced him to accept a role in the middle of the pack.

When you rarely have first call on a horse and lose any promising ones to the bigger sharks, you have to make the most of any opportunity you get and Chadwick certainly did that on Sunday.

Trainer Ricky Yiu Poon-fai was full of praise for Chadwick for his work on Golden Link in the Class Three Wo Tik Handicap (1,400m), in particular his effort to find the rail from a wide barrier.

“It was a bit of a surprise but the jockey is in good form today. I was shocked to see him on the rail after he drew 13 and then the horses behind couldn’t keep up. He did a good thing,” Yiu said. “Matthew had certainly done his homework on this horse.”

It was one of many smart decisions Chadwick made during the day.

He opened his account with the Richard Gibson-prepared Soccer Master in the Class Five Tai Ho Handicap (1,400m), getting on the back of One Step Ahead in transit and alloying the favourite to cart him into the race before running over the top of his rivals.

In the Class Four Tak Wah Handicap (1,650m), the jockey took full advantage of his inside gate and the typical on-pace bias on the sloppy all-weather track to lead all the way on The Mint for Jimmy Ting Koon-ho.

“It’s a surprise to win, but this horse didn’t like the kickback last start so I told Matthew to go forward to avoid the kickback and the horse ran well,” Ting said.

The treble means Chadwick now has seven winners for the campaign, putting him in fourth position in the jockeys’ championship. 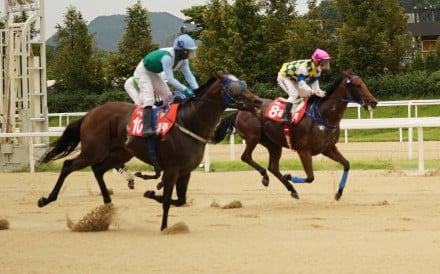 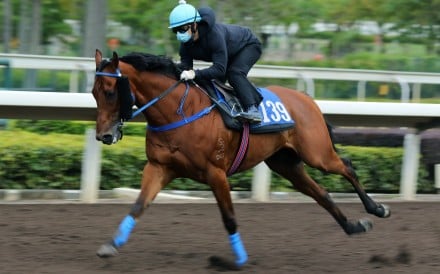