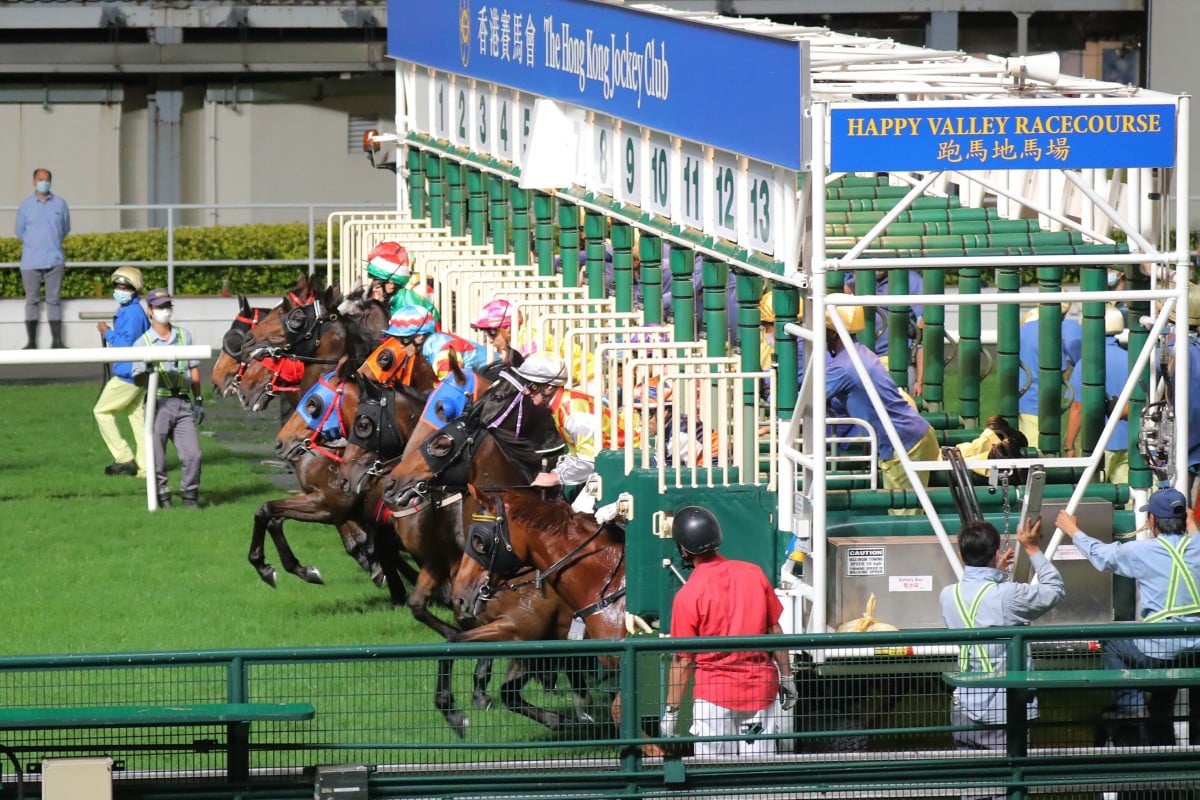 Horses jumps out of the gates at Happy Valley. Photos: Kenneth Chan

Last week’s cancelled race meeting has created a logjam for Wednesday night’s Happy Valley card with 52 horses missing out on runs despite an extra race being added to the programme.

It’s fair to say Hong Kong racing participants are still feeling the effects of Typhoon Kompasu – and probably will be for a few weeks yet – with entries, particularly at the city track, likely to be congested for the foreseeable future.

There were 160 horses nominated for nine-race card (that’s the limit for midweek Happy Valley meetings) and with only 108 able to run (maximum field sizes of 12), there were some hard-luck stories among those who have been sidelined.

John Size is the hardest hit of the trainers, with only four of his nine entries gaining a start with both of his “trump card runners” – Rhapsody and Wealthy Delight – missing out.

The trump card system allows handlers to give preferential treatment for two horses every meeting when it comes to gaining a start, but given all of last week’s runners also have priority, there just aren’t enough slots to go around.

The Class Three Speed Vision Handicap (1,200m) is the best example of this with 20 entries for the race and 17 of them boasting either the “priority to run” designation or holding the “trump card”, with the former taking precedence over the latter.

While the Jockey Club created an extra Class Four 1,200m contest to help manage the weight of numbers in that grade – there were 42 entries – that’s not the case for the two Class Five events, where there is a big backlog. 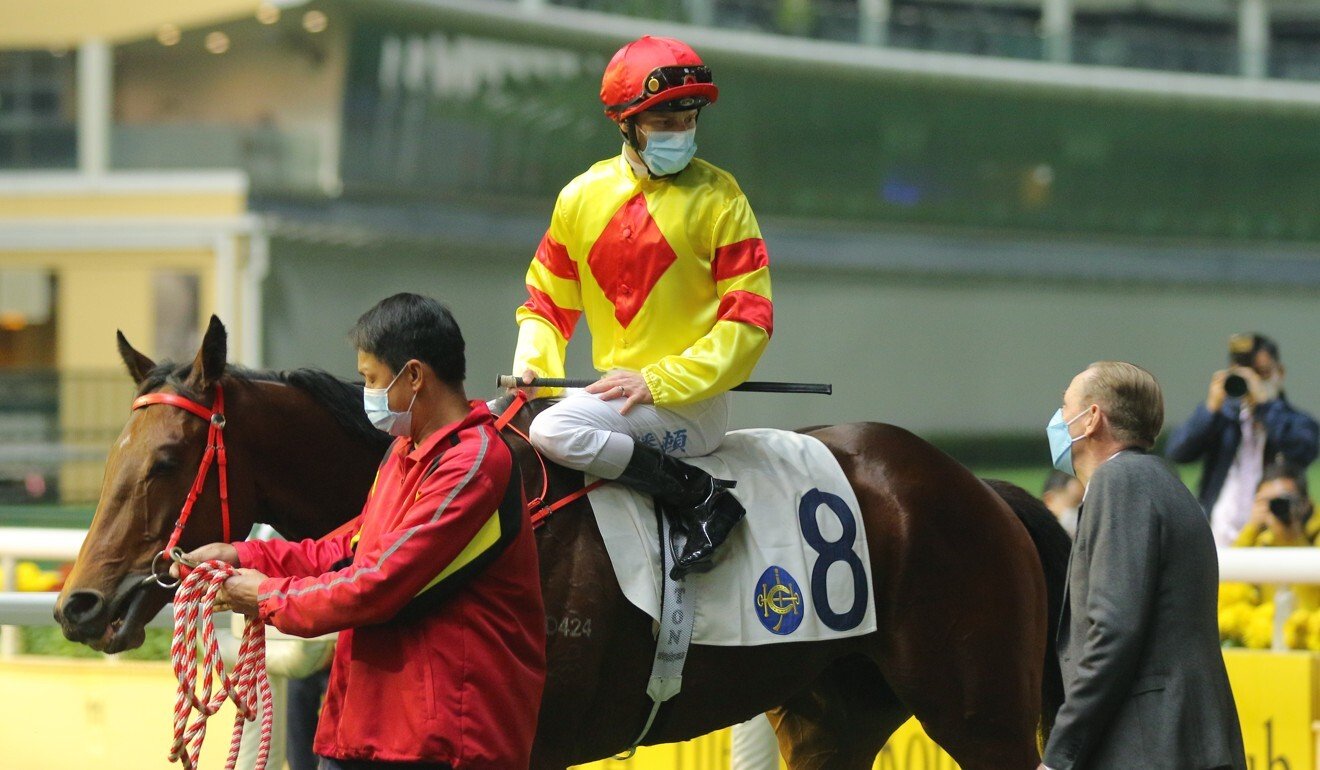 Beyond Size, the other trainers most affected were Caspar Fownes and Dennis Yip Chor-hong, who both had four of their nine entries balloted out.

There are a couple of winners in the jockey ranks though – Zac Purton was meant to miss last week’s card through suspension but now has seven mounts while the in-form Matthew Chadwick is the only rider with a full book, an increase of three on what he was down for seven days earlier.

Luke Ferraris is the pilot who has been handed the rough end of the pineapple as the rookie was meant to have seven rides last week and now has just four as he looks to add to his tally of two wins and six placings from 55 starts.

However, it looks like it is a case of quality over quantity for the 19-year-old, as all of them look like some sort of chance in their respective contests.

Luke Ferraris snares first Hong Kong winner on a horse trained by his dad: ‘it’s like a dream for us’

Surrealism was narrowly denied first-up and he looks a strong hope in the Class Three Telecom Fighters Handicap (1,650m) in what shapes as the race of the night with last-start winners Fa Fa, Meaningful Star and Piano Solo also lining up.

Two of Ferraris’ rides also bring winning form to the meeting in the Tony Millard-prepared Resolute, who steps out in the Class Three Longines Cup (1,000m), and Go Ballistic, who delivered the youngster his first Hong Kong victory last month and is trained by his father David.

He also partners Caspar Fownes’ Who Loves The Ace in the opening event of the night, with the four-year-old slowly building towards a win but he will need to overcome barrier 11.