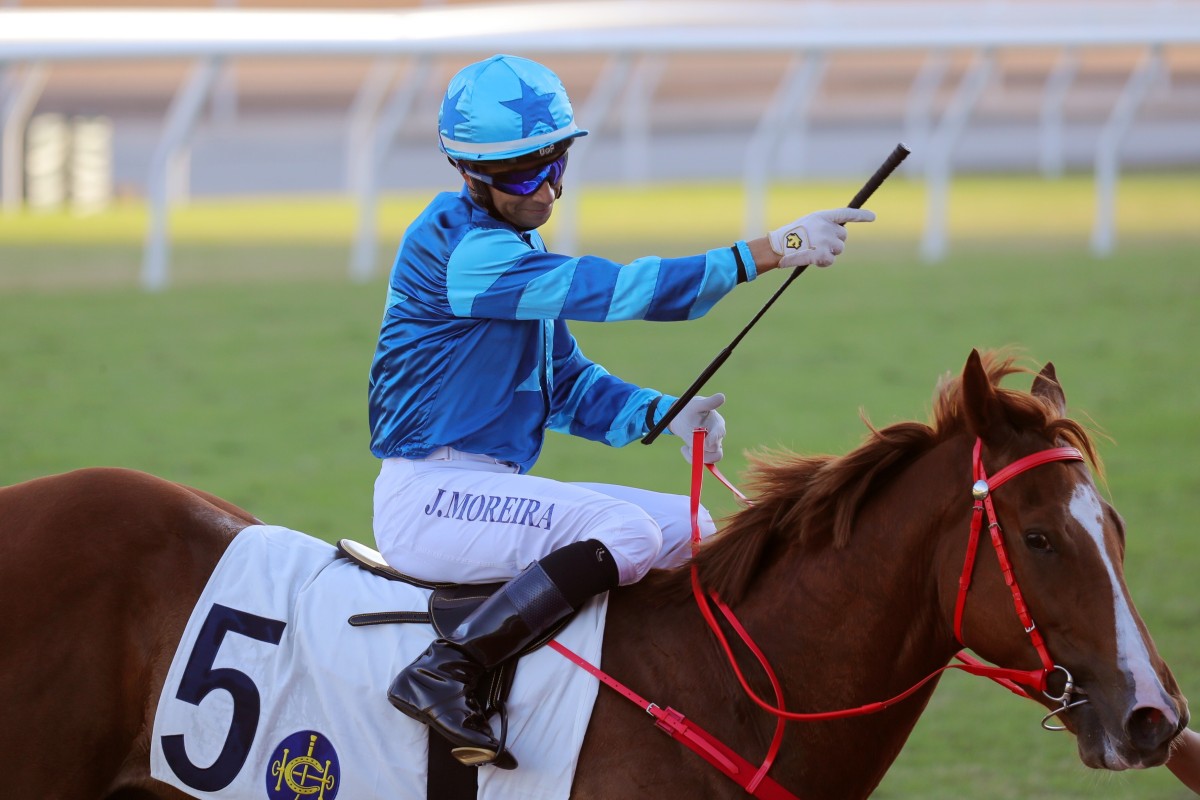 Joao Moreira resumes from suspension at Happy Valley on Wednesday night determined to eat into Zac Purton’s 11-win lead in the jockeys’ championship but the Brazilian admits his arch-rival already looks better placed than him in this season’s title fight.

Moreira snapped Purton’s run of three consecutive premierships by winning last season’s title – drawing the pair level on four victories apiece – but it’s the Australian who has hit the ground running in 2021-22.

“I honestly think Zac has a bigger chance than me this season because he is getting a lot of support and he is riding at the top of his game,” Moreira said.

“In my opinion this is the way it works here in Hong Kong – when you are able to get the majority of the trainers backing you to win the championship, you are very likely to win it. “That’s pretty much what happened to me last season and this season it has gone Zac’s way, but I’ll be doing my very best and we’ll see where we are at when it comes closer to the end of the season.”

Over half of Moreira’s winners last season came from premiership-winning trainer Caspar Fownes and runner-up John Size and both of those handlers have started the season slowly after duking it out until late in proceedings last campaign, hindering Moreira’s output.

“It’s not a surprise I’ve started slowly and I should be able to start building my momentum now – usually this time of the year is when those trainers start winning their races so it should help me start getting some winners and putting myself closer to Zac,” the jockey said.

The Danny Shum Chap-shing-trained Romantic Combo is a 13-start maiden in Hong Kong but has produced two thirds to start the season – missing by only half a length over 1,400m at Sha Tin last start – and Moreira is confident his mount is as good a chance as any in the race from gate eight.

“He’s disappointed by not winning a race by now, he could have two wins,” the Magic Man said after a busy morning of trials at Sha Tin on Tuesday.

“It’s a tricky gate but he ran well last time and he had an attempt at Happy Valley before when he was up in class and in a lower grade he should be a good winning chance. It’s an open field and anything can win in this race.”

Moreira partnered last season’s Classic Mile winner Excellent Proposal into second on Tuesday morning in his third trial of the campaign as he plots a course towards his first run since March’s Hong Kong Derby, while Group One-winning stars Golden Sixty and Hot King Prawn enjoyed easy wins as they work towards the Group Two features on November 21.

“Now we just keep him nice and happy and fresh. Just some quiet gallops. I think both of us can’t wait – even him.”