It’s a zone he spent more than a decade in and Douglas Whyte has offered a unique insight into the sphere his old sparring partner Brett Prebble is operating within as he prepares to partner the red-hot favourite in Tuesday’s Melbourne Cup.

After departing Hong Kong to return to Australia in 2018, it has been a slow build for Prebble as he’s rebuilt support in his home country but he is now well and truly back at the peak of his powers.

The 44-year-old will be chasing his sixth Group One in a tick over two months aboard Incentivise at Flemington and Whyte admitted he has been somewhat surprised by how emphatically his old rival has bounced back.

“This game is a funny game, when you get on that winning roller-coaster ride – long may it live,” Whyte told the Post. 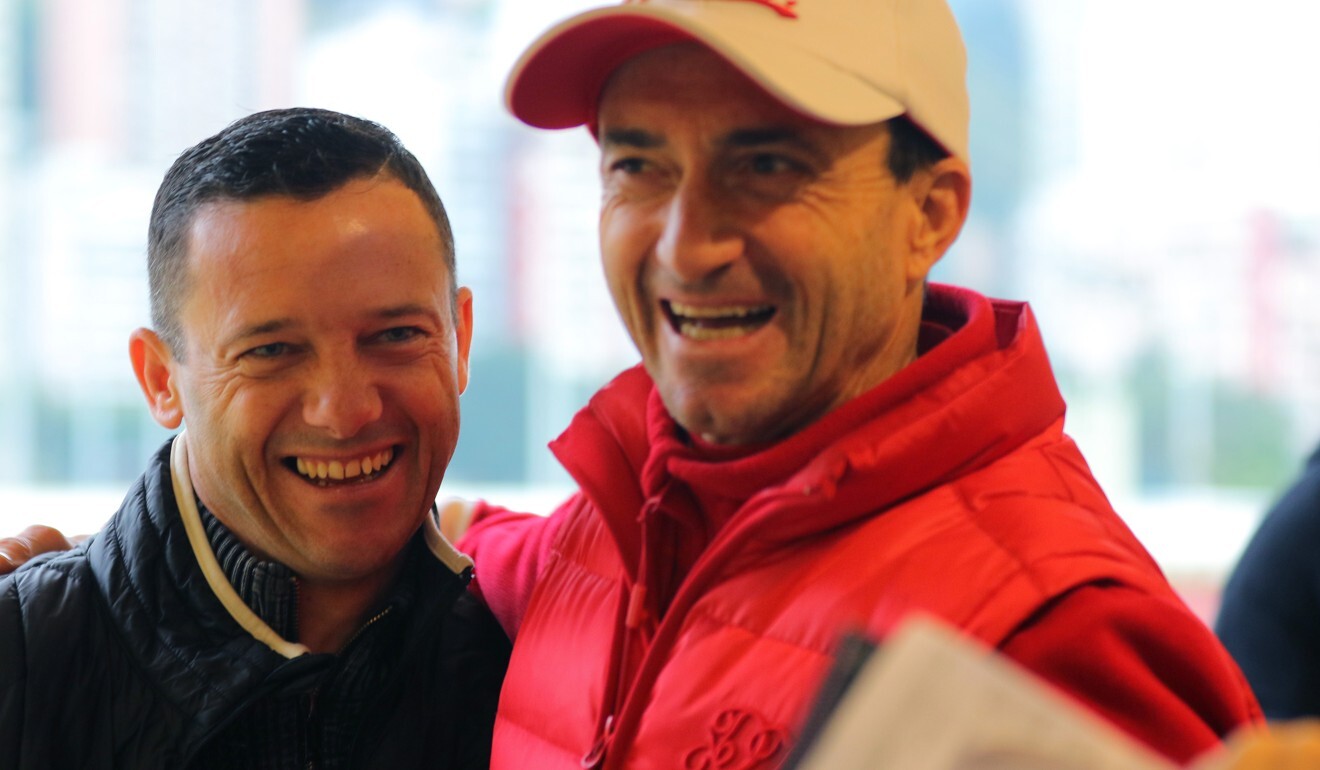 During a rivalry that reached a crescendo in the 2009-10 season when Prebble relinquished a lead late in proceedings to go down to Whyte 100-99 in the jockeys’ premiership, the South African admits his Australian counterpart made him a better rider.

That 2009-10 season was one of a couple of occasions Prebble came close to disrupting Whyte’s run of 13 straight championships and the former was runner-up to the latter for six consecutive seasons from 2005-06 to 2010-11.

Whyte watched on as Prebble’s output dwindled in the lead-up to his departure from Hong Kong – a fate the South African suffered himself in the latter stages of his riding career.

“Brett is a very good jockey, we had a lot of fierce competitive battles, but if you run second that many times it probably hurts you a little bit,” Whyte said.

“I think he lost opportunities here and I think he was vulnerable in a sense that he stopped being as aggressive workwise as he could have been.

“Once you have that downward spiral, especially in a jurisdiction like Hong Kong, it’s a vicious place to be and a vicious situation to be in.

WHAT AN INCREDIBLE PERFORMANCE!

“He deserves it, he’s a very good rider, he’s talented and he’s got a bloody good clock on him. There’s no reason he shouldn’t be successful.”

As for the horse Prebble will climb aboard on Tuesday in search of his second Melbourne Cup victory after saluting aboard Green Moon while based in Hong Kong in 2012?

“He gets on the wrong leg and you think he’s gone and he just gets stronger. He’s terrible to look at but he’s a bloody racehorse,” Whyte said of Incentivise.

Five of the six horses withdrawn from June’s Hong Kong International Sale will go under the hammer in an additional sale on November 14 after proving their fitness during an extended stay in Conghua.

Among June’s withdrawals were two of the most expensive horses in the group – an Exceed And Excel colt who cost A$760,000 (HK$4.4 million) and an I Am Invincible gelding who cost A$700,000 (HK$4.1 million)– and they will both go through the ring later this year.

Also among the quintet is a son of Kodiac purchased for €375,000 (HK$3.3 million), as well as a son of Mastercraftsman and a son of Dabirsim.

The final withdrawal, a gelded son of Brazen Beau for whom the Jockey Club forked out A$220,000 (HK$1.3 million), has been retired on veterinary advice.